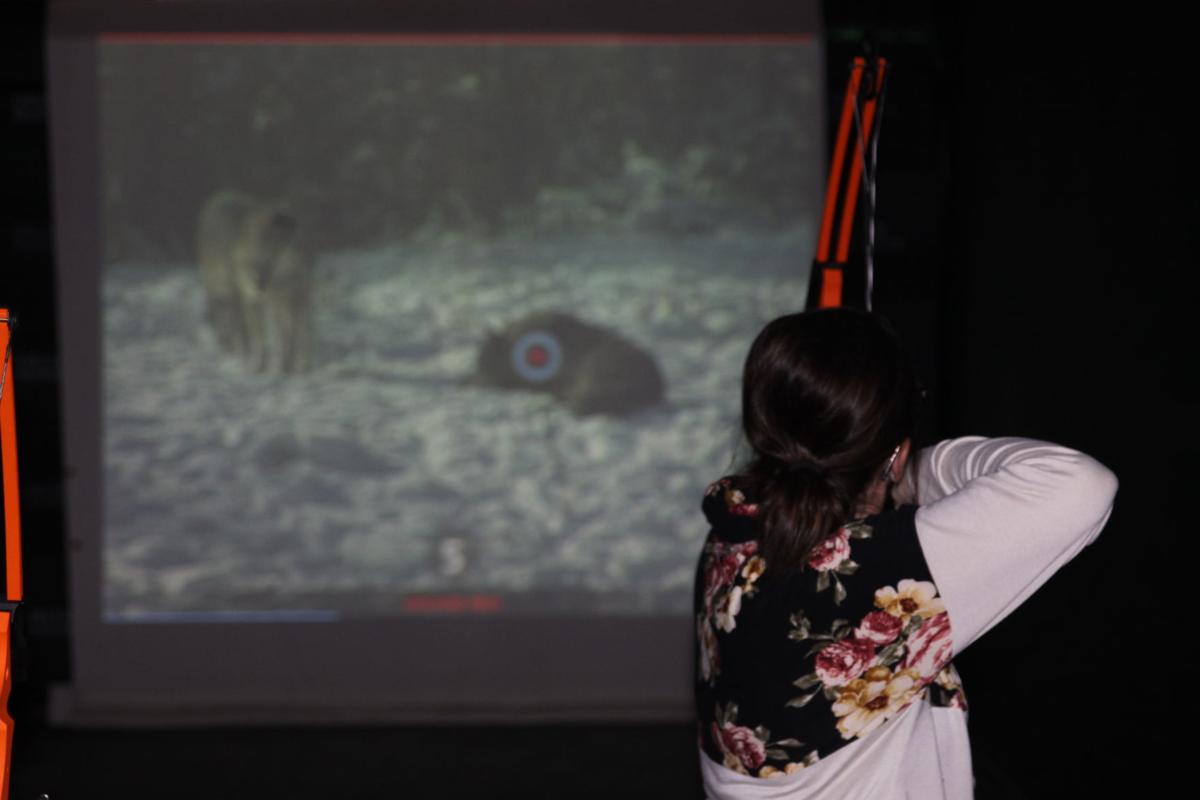 In order to escape Dr. Bullseye’s lair, Shelby Bacon takes aim at one of the beasts released upon her party. 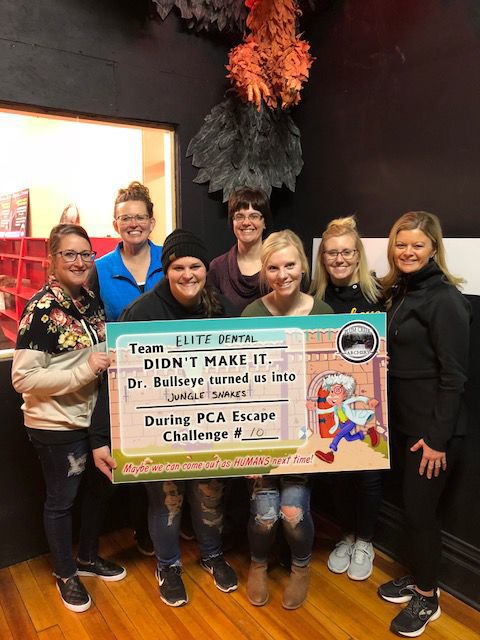 In order to escape Dr. Bullseye’s lair, Shelby Bacon takes aim at one of the beasts released upon her party.

It’s a nightmare scenario no one wants to go through, but everyone should prepare for — your plane crashes near the secret lair of a mad scientist, who naturally captures your party and hinders any aspirations for escape.

To acclimate an otherwise unsuspecting public to this clear and ever-present danger, the staff at Plum Creek Archery is offering patrons a chance to prepare themselves in advance through a “first in the world” archery escape room experience.

Utilizing their Bowsim 4D system, escape room goers challenge themselves to shoot their way out of a series of increasingly difficult rooms to gain their freedom. Should they fail, they will suffer the ultimate consequence — getting turned into a beast of the maniacal Dr. Bullseye’s choosing.

Plum Creek owner Tom Goldsmith said they came up with the idea as a way to get people in the door and potentially introduce a new demographic to bow shooting.

“When people are asked what they think about when they hear ‘archery,’ they usually say hunting,” Goldsmith said. “We want it to be more than that.”

And while the escape room is still in its infancy, Goldsmith said it’s already gaining traction, with several different groups already signing up for the unique experience.

These groups have ranged from the staff of a local dentist office to a couple from Cedar Rapids seeking out a pretzel at the brewery, but this is precisely what Goldsmith said he’s looking for — getting folks who might not otherwise know much about archery to discover the pastime.

Like many other retail stores, Plum Creek has felt the impact internet sales have had on business, so like Dr. Bullseye’s prisoners, being creative is essential to survival.

“(We) recognize that selling archery equipment and accessories would not be enough to survive the competition of online internet sales,” Goldsmith said. “Therefore, as you may know, we offer a full array of all things archery to bring people to our store, and often the case, other Dyersville businesses.”

And being a family business, the game’s story line was completed in-house by the Goldsmiths.

“I came up with the original concept theme and we collaborated from there,” Goldsmith said. “Ian and Hannah did most of the writing together, with some of my input. Once they had scripts ready for the different scenes, we went into filming.”

As the game begins, Ian Goldsmith, playing Dr. Bullseye, and Hannah Goldsmith, acting the part of Bullseye’s assistant Fletch, inform the prisoners they are going to have to hit their marks to survive.

To escape Bullseye’s complex, the group has one hour to shoot their way out of each unique room by scoring a certain number of points. The team has 24 arrows to make their way out, and if they fail to meet the point threshold, Bullseye will release a series of beasts which must be shot with a minimum of three arrows to continue to the next level.

These beasts are part of Plum Creek’s Bowsim 4D system, which Goldsmith said also helps to get a glimpse of another activity they offer.

Before the adventure begins, Goldsmith said there will be a brief lesson on the basics of archery for new-comers, a safety briefing, a run-down of how the tech works and finally a couple rounds of practice shots. All told, this takes 10 to 20 minutes.

The experience utilizes universal compound bows, which are both easy to draw back and easy to use.

Goldsmith said after several beta tests, he has the game dialed in to where it’s fun for beginners yet still challenging enough that most groups who do win are only beating the clock by about two minutes.

There is already an “advanced archer” level in the works where participants can use their own equipment.

“We’ve already discussed that if it takes off and becomes popular, we will create another version with a completely different theme and completely different games to keep it fresh for people,” Goldsmith said. “It’s satisfying for me to see people enjoying archery in a new, fun way.”

The game is designed for between two and six people, but Goldsmith said they’ve had as many as 10 play. However, with the larger groups, there is a reduction in how many shots each player is afforded.

“We think that it is something brand new that no one has done before,” Goldsmith said. “It’s kind of cool for us little town folk.”

For more detailed information about how to book a time slot, visit https://www.plumcreekarchery.com/ or call the store at 875-7525.