Log In Register
You are the owner of this article.
Edit Article Add New Article
You have permission to edit this article.
Edit
Home
Your Account
News
Opinion
Sports
People
Obituaries
Calendar
Public Notices
e-Edition
Classifieds
Perks
1 of 3 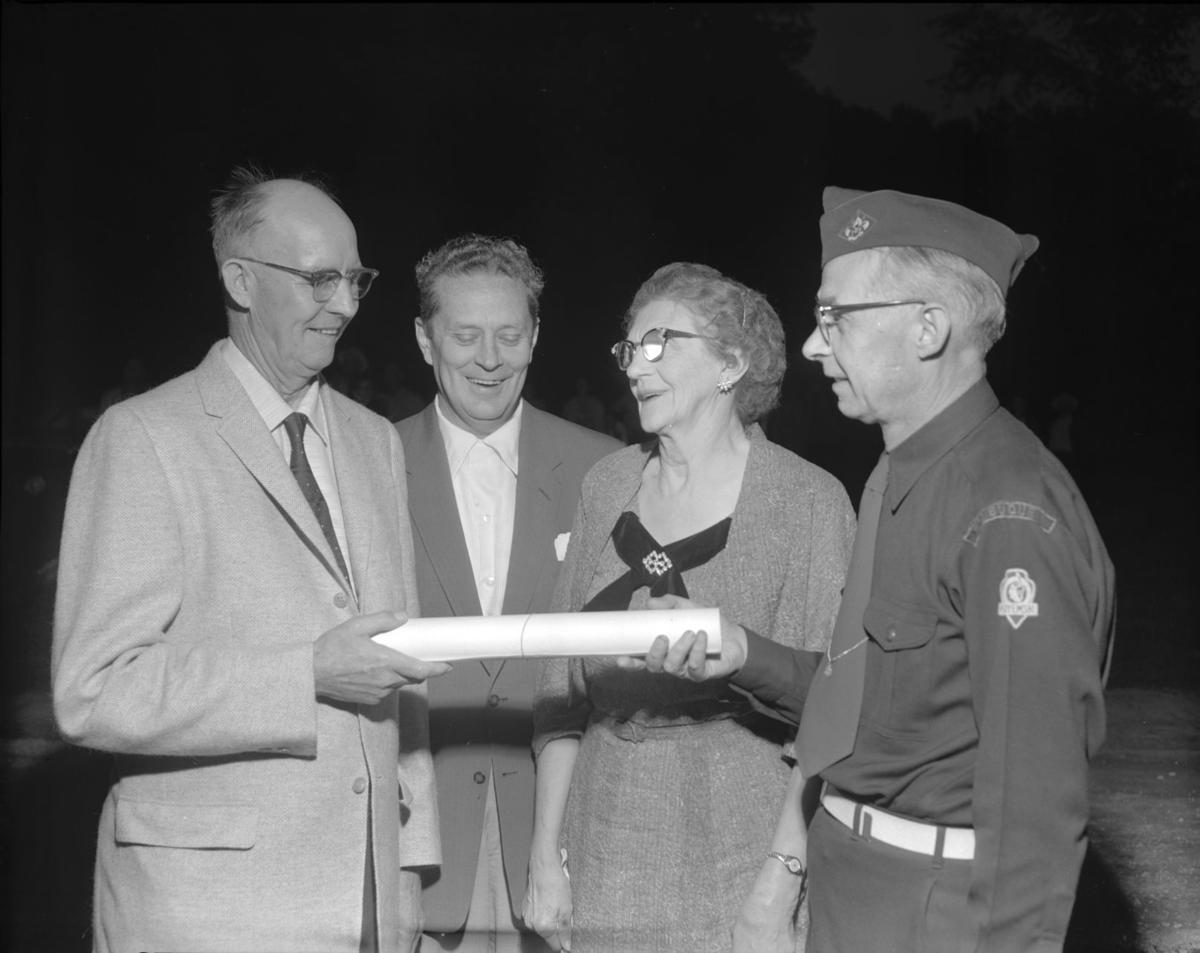 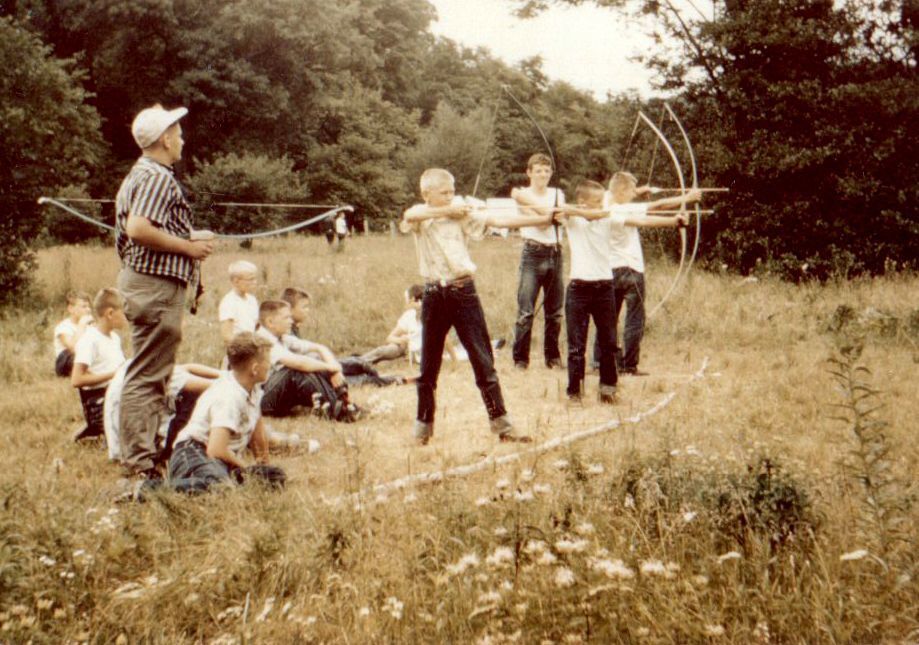 Scouts hone in their archery skills during the early years of Camp Klaus. 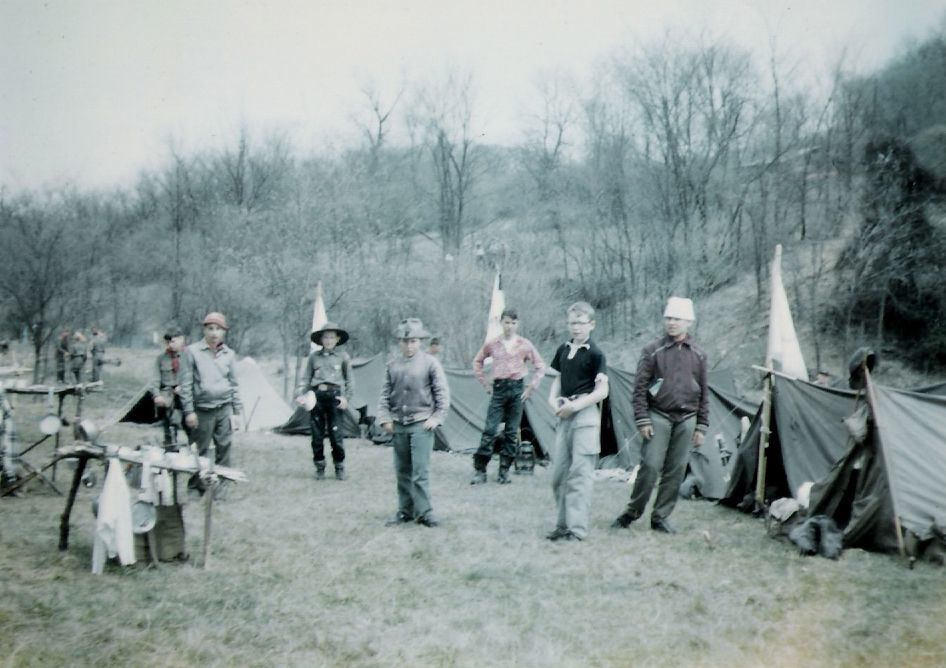 Area scouts show off a campsite at Camp Klaus in 1958.

Scouts hone in their archery skills during the early years of Camp Klaus.

Area scouts show off a campsite at Camp Klaus in 1958.

As one traverses the narrow, winding lane built long ago by experimental John Deere equipment, slowly losing cell service as you descend, an ominous message of caution is posted in pieces along the ditch — Warning: Camp Klaus may be habit-forming.

Now entering its 65th year, Camp C.S. Klaus still enjoys the same unique pull it has since its inception, drawing in countless scouts throughout the years who make a journey that not only serves as a pilgrimage of sorts but a rite of passage.

For a place that serves as an unreplaceable mecca of strong nostalgia of boyhood adventures, its origins are actually owed to the boys themselves, without whom it may have never materialized.

Legend has it, these sacred grounds were gifted to the scouts in part due to the negligence of messy picnickers, who unknowingly helped set the wheels in motion to create the outdoor cathedral near Colesburg.

According to newspaper accounts from the era, the area, with its cool natural springs, was a big draw for locals to throw down a blanket and enjoy lunch. But after a while, landowners Clifton and Sophia Klaus grew tired of all the trash being left behind and considered barring public use.

But in 1955, a small group of scouts from Clarence secured permission to hold a campout.

The scouts, as they have sworn an oath to do, left their campsite better than they found it, but also picked up the surrounding area.

Being so impressed by that simple gesture, the Klauses concluded the area would be best left in the hands of the scouts.

The next year, a contract was inked and it was a sign of simpler times — the agreement stated that if the land was used for anything other than a scout camp, it would be returned to the Klauses or their descendants. It also included that Clifton could continue letting cattle graze there when not in use.

But even as great things were beginning to happen, there was at least one unhappy camper in Dyersville.

The year is 1956, and a young Roger Westemeier is very disappointed.

Located near the shores of Guttenberg, Adventure Island is where scouts went to cut their teeth and Westemeier had long been counting the days until he too could go, but much to his dismay, the days of Adventure Island had come to a close.

“I wanted to go there so bad because we used to go fishing up in Guttenberg with my folks,” he said. “I was all pumped up when I got in to Boy Scouts to go there but as soon as I got in they told me they weren’t going to Adventure Island anymore, we’re going to Camp Klaus up by Colesburg.”

Westemeier wasn’t pleased with this development, feeling he had been deprived of a dream he had been holding onto all these years.

“I didn’t know what was going on but I just didn’t think it was right,” he said. “But I went up there and just loved the place once I got there and I’ve been going back ever since.”

Westemeier has been witness to all the changes over the years — from the dining hall kitchen evolving from more or less of few bolted together panels from Adventure Island to a respectable building and Lake John Deere expanding from a pond to a bonafide body of water. Most importantly, he saw his family grow up there.

Once Westemeier retired from John Deere, he served as Klaus’ handicraft director for over 10 years, and he still helps volunteer today.

Three of Westemeier’s sons went on to work on Klaus staff and his wife also served as camp cook and medic for five years.

“The family kind of just grew up there and we just keep going back,” he said. “I can’t stay away; I just have to go there.”

But even now that established and well-furnished Camp Klaus is old enough to collect social security, it faces a new set of challenges.

A week before opening this summer, the campfire pits are still overgrown with weeds but the staff was buzzing around making final preparations before campers were scheduled to arrive June 20.

2020 is the first time since its inception that camp wasn’t held, so the grounds lay dormant, waiting faithfully alongside the famished mosquitoes for campers to bring the valley back to life, but as staff nervously looked forward to 2021, there was a fear this could happen two years in a row.

Anna Hudak, who in 2020 became the first female CEO of the Northeast Iowa Council, said scouting was able to persevere throughout the pandemic, existing in places where social distancing and other requirements could be met.

“Because they are naturally smaller groups, they would still plan their bike trips, camping trips, canoe trips and participate in the outdoor,” Hudak said. “So, we saw as a trend that retention even of older scouts remained pretty average. We here, and across the country, have had a challenge with the younger groups. It’s just harder to gather when you have 6-and-7-year-olds because mom and dad have a lot to take care of already. So, we added a few additional Cub Scout programs this summer, including day programs, one-night and two-night programs to get more Cub Scout camping opportunities.”

Even though they held onto a glimmer of hope, staff braced for a big dip in participation this year. Fortunately, as more and more COVID restrictions began to disappear, those fears didn’t materialize.

But at the end of the day, Klaus is just a piece of ground like many others in the area — what sets it apart is the people, who generation after generation, return for the experience and to give their time and energy to preserve it for future generations, a tradition that by all accounts will endure.

“We’re a small council, one of the smallest in the United States, but we have a very strong backing from volunteers who want to make that camp go — If something has to get done, it’s the volunteers that do it — we don’t have contractors come in and do the work,” he said. “And when you come to a small camp, everyone knows you by name — when you’re at a big camp, you’re just another number, that’s what keeps everyone coming back.”