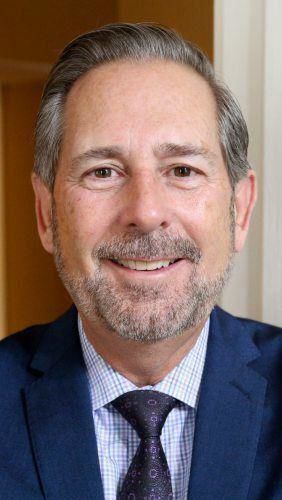 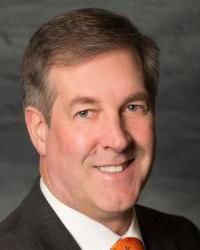 Dubuque County’s legal counsel says it does not have to pay the firm of County Supervisor Jay Wickham’s sister for work that only Wickham authorized.

The county Board of Supervisors received and filed the legal opinion from County Attorney C.J. May III, Sept. 21.

In July, the county received an invoice from Cedar Rapids law firm Simmons Perrine Moyer Bergman for $961.75 for services authorized by Wickham in mid-March. Wickham wanted to know if the Board of Supervisors had the authority to issue a countywide stay-at-home order.

“When the pandemic was just hitting us, and the topic of shelter-in-place was being discussed, myself and others in the community were trying to get legal opinions,” Wickham told the Telegraph Herald. “We reached out to a law firm and the Urban County Coalition’s legal representative and (former Dubuque city attorney and current senior counsel) Barry Lindahl. There were quite a few different legal opinions coming to us.”

According to the invoice from Simmons Perrine Moyer Bergman — addressed to both Wickham and the Board of Supervisors — attorneys Brian Fagan and Lynn Hartman spent a total of 3.05 hours researching the county’s authority to issue such an order, reporting findings back to Wickham and reviewing his eventual resolution. Hartman is Wickham’s sister.

Wickham said Simmons Perrine Moyer Bergman got involved because lawyers for the Urban County Coalition — of which Dubuque County is a member — were working on similar authority matters for Linn County, where the firm is based. He said May was aware in March of Wickham working with the firm.

“I did not think they were going to send an invoice, but they did,” Wickham said. “We were under a state of emergency. The last thing I was concerned with was any type of jurisdiction, whether the advice was coming from the county attorney or a private attorney.”

May also was consulted on the authority question and issued an opinion on April 6.

“An enacted stay-in-place order by you would, in my opinion, be subject to time-consuming and expensive legal challenge and may very well expose the county to liability for damages incurred by the private sector caused by their cease in operations,” May wrote at the time.

On April 7, Wickham’s motion to approve a shelter-in-place order died when it was not seconded by either of the other two county supervisors.

But at least one of them was not aware that Wickham had sought the opinion of Simmons Perrine Moyer Bergman.

“I first saw the bill to the county in July, which was the first I’d known of it,” Supervisor Ann McDonough, a retired attorney, told the TH. “(Supervisor) Dave Baker and I have been going down and reading the claims, so I just happened to see it as I was going through. I realized it’s a claim we shouldn’t pay because we have a county attorney and he never approved for us to go to another counsel.”

Wickham said he thought the problem was procedural.

“They sent us an invoice, but there was no paper trail for the procurement,” he said. “So, the county auditor (Denise Dolan) wanted C.J. to say, ‘Yes’ or ‘No.’”

Dolan said Sept. 21 that she had wanted to know if she could pay the bill that she did not think met the letter of the law.

In his letter to the board, May said he is bound by state code to legally represent the county government and that representing the county is his authority alone.

“Similarly, neither the board nor an individual board member has the authority to retain or appoint a private attorney to serve the legal interests of the county,” he wrote in his letter. “It is my opinion that Dubuque County does not have any liability to pay this invoice, and the Board of Supervisors have no legal authority to pay this claim, as it is for legal fees charged by a private attorney representing the private interests of one of the county’s elected officials.”

Sept. 21, Wickham said he respected May’s opinion and did not plan to push it. Wickham and McDonough voted to accept and file May’s letter.

Wickham does not plan to pay the bill himself and said he hoped the firm would not be too upset over a relatively small bill.

Baker did not vote on receiving the latest opinion from May, as internet issues prevented him from being on the virtual meeting at the time. He could not be reached for comment after the meeting.

Fagan and Hartman did not return requests for comment.