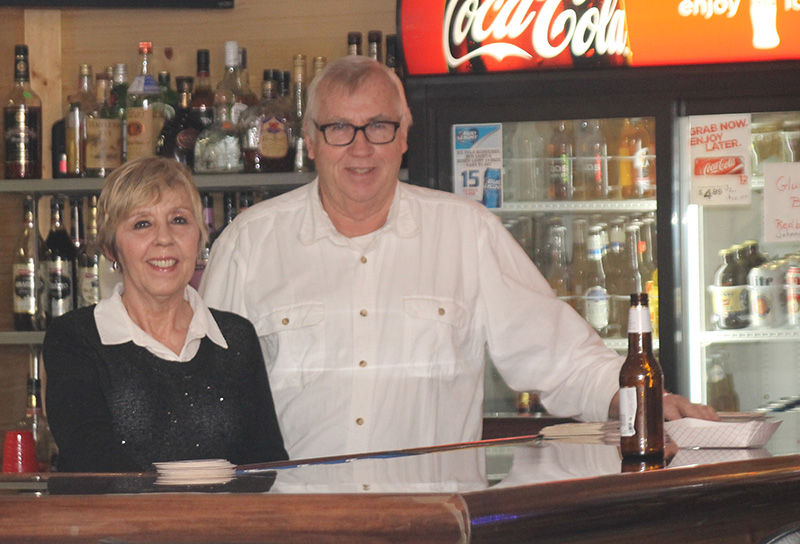 Howard and Linda Wood spend their weekends running the Shop Bar and Banquet Hall in Earlville. 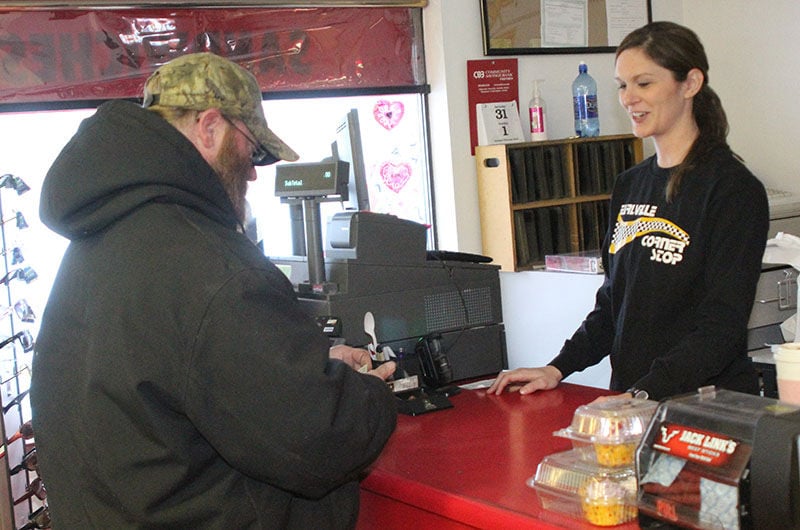 Tiffany Rave welcomes a customer out of the Feb. 1 blizzard as he shops at the Earlville Corner Stop. 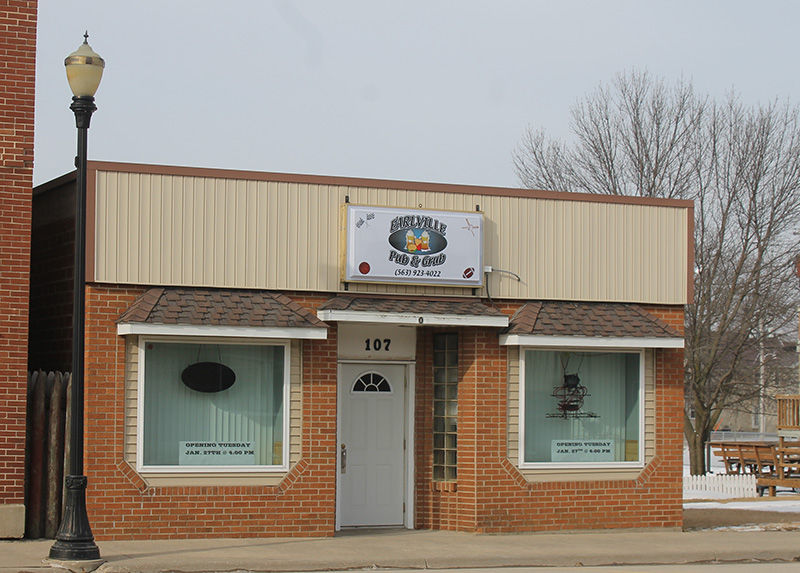 Howard and Linda Wood spend their weekends running the Shop Bar and Banquet Hall in Earlville.

Tiffany Rave welcomes a customer out of the Feb. 1 blizzard as he shops at the Earlville Corner Stop.

The Shop Bar and Banquet Hall:

On a recent Saturday night, The Shop Bar and Banquet Hall was a hotbed of activity, with people dancing to the live music of Keepin’ it Country in the banquet hall and others gathering in the bar for a drink and a laugh.

In July of 2013, Andrew Wood and his fiancee Falisha Bradfield needed a banquet hall for their wedding reception in Earlville, and because there wasn’t one, Andrew’s parents Linda and Howard Wood decided to convert the building they owned on East Margaret Street into a hall. By November of that year, the Woods opened the hall to the public, calling it the Shop Bar and Banquet Hall.

The Shop Bar is open on Friday and Saturday nights. Twice a month bands play. In between, the Woods sometimes hire DJs. The bar is also open for all Iowa football games shown on a large-screen TV.

Howard works by day as an inspector for the U.S. Department of Labor and by Friday and Saturday night as a bartender. “It worked out good for the community,” he said. “There were not a whole lot of places like it around, where you can have bands and a place for people to dance.”

The business is a family affair. Linda, newly retired from teaching eighth grade language arts at West Delaware Middle School, waits tables, cooks and passes out free popcorn. When bands play, Andrew and Falisha also work, as the crowd swells to over 100 people.

The Woods say they do it just for fun. “It’s just nice to have the jukebox going and people talking,” said Linda.

People like the Shop Bar because of the atmosphere, said Howard. “We have a really clean place that is well maintained.”

On a recent Saturday night, a spirited crowd of Salows was meeting at the bar to discuss plans for an upcoming class reunion, to be held in the banquet hall.

“It’s a great place that supports the community,” said Kent Salow. “It’s a place to go.”

“The t-shirt says it all,” said Mae Salow, pointing to a Shop Bar t-shirt on the wall, with the slogan “Why limit happy to an hour? Stop at the Shop.”

The banquet hall provides for parties up to 150 people. If the party hires a band and wants to use the dance floor, the hall accommodates 110. Currently, the hall averages two parties a month.

The Woods stock a wide variety of beers. “We have a lot of dark beers, reds, apples, strawberry, Stella beer plus Stella cider, Shocktop and Blue Moon,” said Wood, to name a few. They also sell bar food such as chicken wings, pizza and tacos.

Last summer, business was slightly slower for the Woods, but this summer, they plan to add an outdoor seating area to attract customers.

The Shop Bar opens at 4 p.m. on Fridays and Saturdays and closes at 2 a.m.

When Boonies closed last fall after 17 years in business, a restaurant void was created in Earlville. Terry and Brenda Elgin decided to fill it. On Jan. 27 they opened a new sports bar called Earlville Pub and Grub.

Assisted by a workforce of family members, the Elgins’ opening night was busy despite the fact that it was Tuesday— a good indicator that Earlville is happy to have its restaurant back, according to Terry.

The Pub and Grub opened with a new facelift—a fresh coat of paint, festive wall murals and remodeled bathrooms. TVs grace every wall.

Terry works full-time running his construction business, and Brenda works full-time for Delhi Lumber. They have three teenagers heavily involved in sports, and yet the Elgins find time to run the restaurant.

“The kids help when they are not doing sports, homework or babysitting,” said Terry. His nephew Ryan Fischer bartends and three of his nieces help out. Terry is looking for a backup for regular cook Cathy White.

Terry said that he wanted the restaurant business on the side because he knows he can’t keep up with the rigors of the construction forever. He said he wanted something to fall back on, and they already owned the building. However, he said the main reason he opened the Pub and Grub was to fill the town’s need.

The Elgins don’t know what to expect from the restaurant business, but if it goes well, they will consider adding bigger restrooms and expanding the dining room into the lot that they own next door.

They are optimistic that they will do well. Terry said that the three months that the restaurant was closed made the citizens of Earlville eager to have it back. “I have a pretty good feeling we will be supported well here. We have had nothing but positive feedback,” he said, citing more than 600 Facebook hits in their first two days.

The Earlville Pub and Grub serves hamburgers, pizza, sandwiches and wings. They open at 4 p.m., Tuesday through Saturday, and close when the last customer leaves.

With a population of about 800 people, a town needs a convenience store, and last summer Al Kruse decided to try his hand at the business that used to be the Sinclair Station.

Kruse’s daughter Tiffany Rave helps run the store and gas station that will soon have signs that say The Earlville Corner Stop. “Business is going well,” said Rave. “It’s been a very supportive community.” Kruse, his wife Wendy and Rave have worked in food service in the past, but they are still learning the ropes of running a convenience store, said Rave.

According to Rave, her father had always had a passion to run a business such as the Corner Stop, and the timing was just right. He formerly managed the Lone Pine golf course in Colesburg and continues to run his cleaning and ice businesses there.

Now, he is the main cook for the restaurant-style food that has gained popularity around town. Ask anyone in Earlville and they will attest to the popularity of lunch specials such as fried chicken and roast beef.

“The food has been a great thing,” said Rave. “The community really needed a place to come for a quick lunch or a supper, and it has been a great support (for their business) with the amount of food business.” Takeout is popular, but the store has several tables for sit down meals as well.

By summer Rave said that they hope to have more grocery items, since Earlville has no grocery store and there is a demand for the staples.