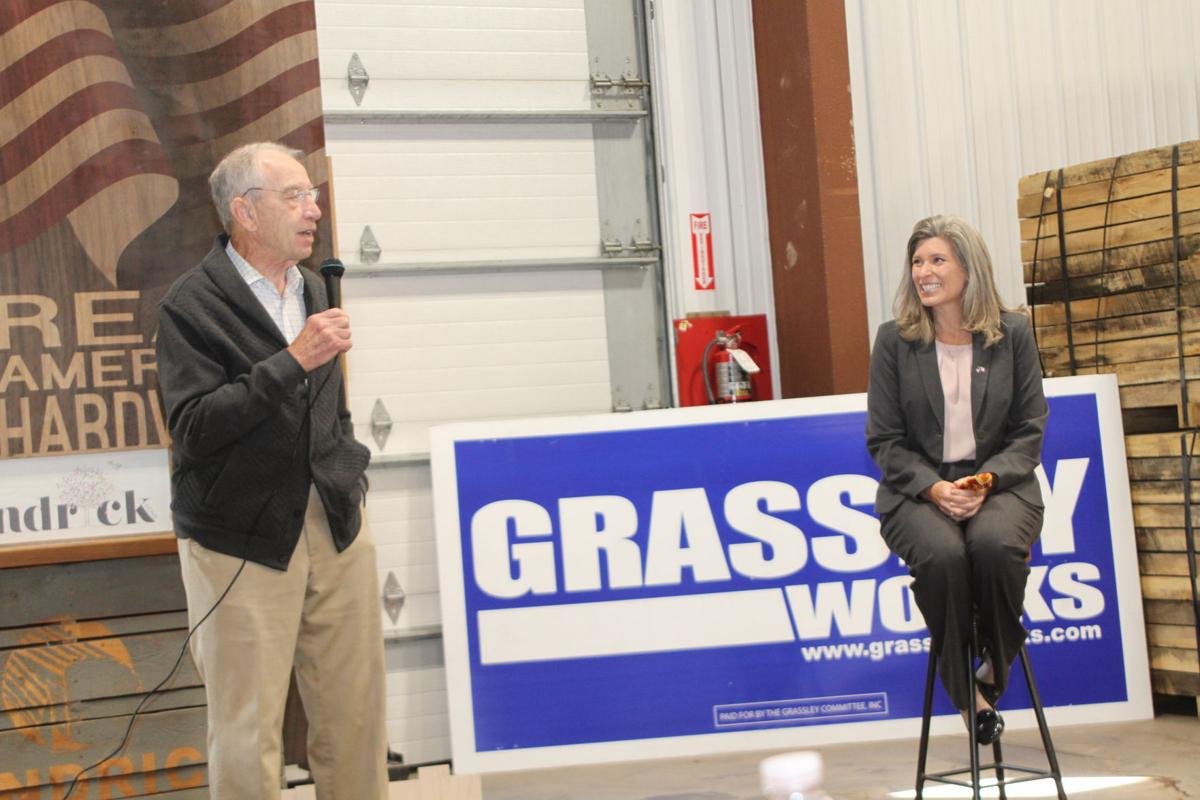 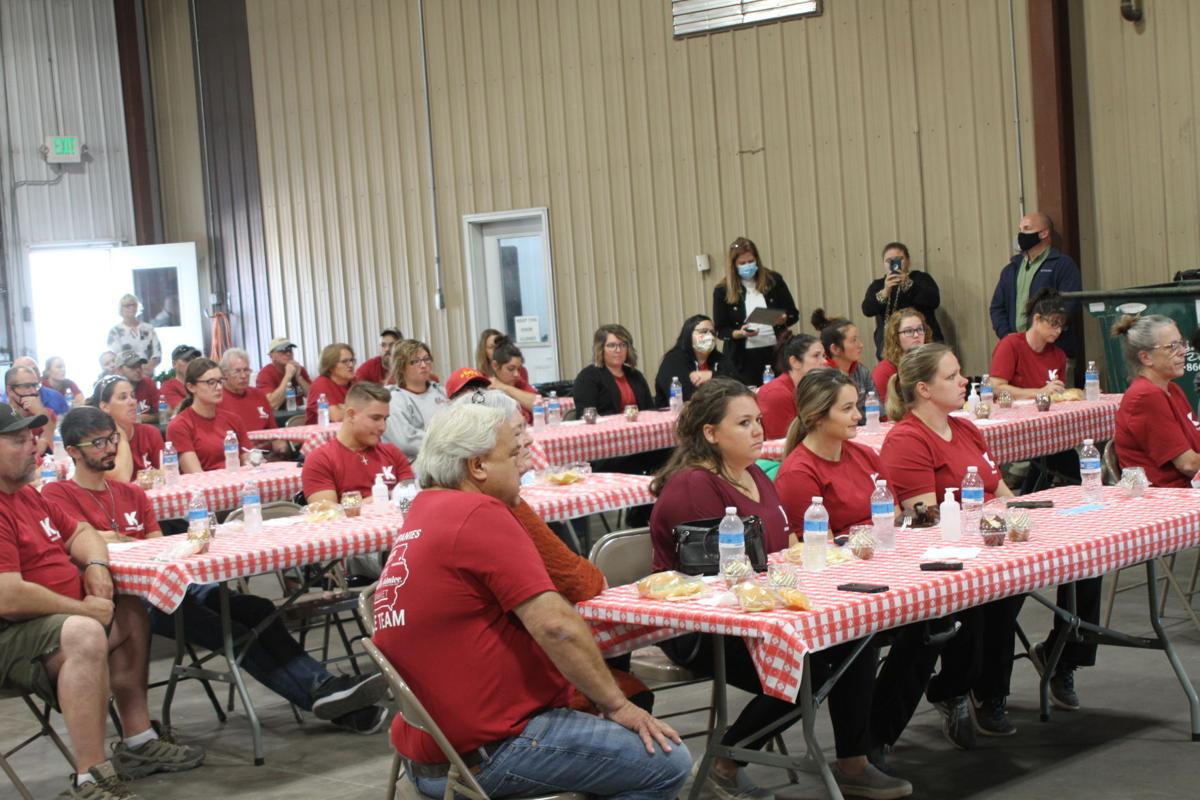 Wildfires in the western United States may have been the driving force for the visit, but Iowa senators Charles Grassley and Joni Ernst answered a variety of questions during a 45-minute Q&A at Kendrick Forest Products in Edgewood, Oct. 9.

Rhonda Kendrick, co-owner of Kendrick, Inc., said she invited the senators to Edgewood hoping to begin discussions about solutions to wildfires that have ravaged the western United States.

“We are active in our industry nationally, regionally and at the state level,” she explained. “I wanted to know what we could do as an industry to assist them.”

Grassley and Ernst serve on the forestry ag committee. Both told Kendrick that when it comes to managing forests, change must occur in Washington, D.C.

Ernst added that broad support is needed for change. “You find supportive individuals here, but if you have friends, industry colleagues, or allies in other states, they really have to put pressure on their senators.”

Both senators said they were willing to meet with industry leaders to continue the discussion about forest management.

She added forest management keeps forests healthy. “A really simple version of this is you go to the barber and get your hair cut to keep your hair healthy. Timbers are no different. You need to go in and cut out the bad stuff that shades all the smaller trees and keep them from growing.”

A question about the status of another COVID-19 stimulus package drew support from both senators. Ernst said she had spoken to President Donald Trump earlier in the week. “I encouraged him to continue working through those negotiations. I know there is a lot going on right now, but we still need to be working on COVID-19 for support to our families and businesses.”

Grassley said he was encouraged by a report earlier in the day stating that Speaker of the House Nancy Pelosi and Treasury Secretary Steve Mnuchin were again meeting about a package. “If there is an agreement, I expect it in two or three days,” he added.

The senators heard concerns about a worker shortage in Iowa. Ernst responded that Iowa isn’t growing its population like other states and recruiting people to come to Iowa.

“We have to find a way to broaden that employee base. We need to look at immigration and properly vetting people coming into our communities to become that working base. That will allow businesses to expand, so we have to work on our visa system. That has to be a bipartisan effort in Congress.”

She said prison training programs could help, adding, “We need the incarcerated population to have the skills so when they come out of the prison system they go back to work. We find if they have a job they are less likely to re-offend and end up back in the system.”

“I have said time and time again that our commissioners of elections and our secretary of state will be protecting the integrity of our Iowa election,” Ernst said. “Iowa has one of the best managed and well-run election systems in the country.”

Speaking with reporters following the event, Grassley and Ernst addressed rhetoric from Trump questioning the fairness of the upcoming election.

“I think anybody out there if there are questions about if things are wrong, need to alert people to it. So I wouldn’t find fault with the president for alerting people to it. But I would not want him to do it in a way that would discourage participation or a lack of confidence in the system of representative government that we have,” said Grassley.

Ernst agreed adding, “If you see an anomaly, you need to address it. People want to know their vote counts and their election isn’t unjustly being taken away from them.”