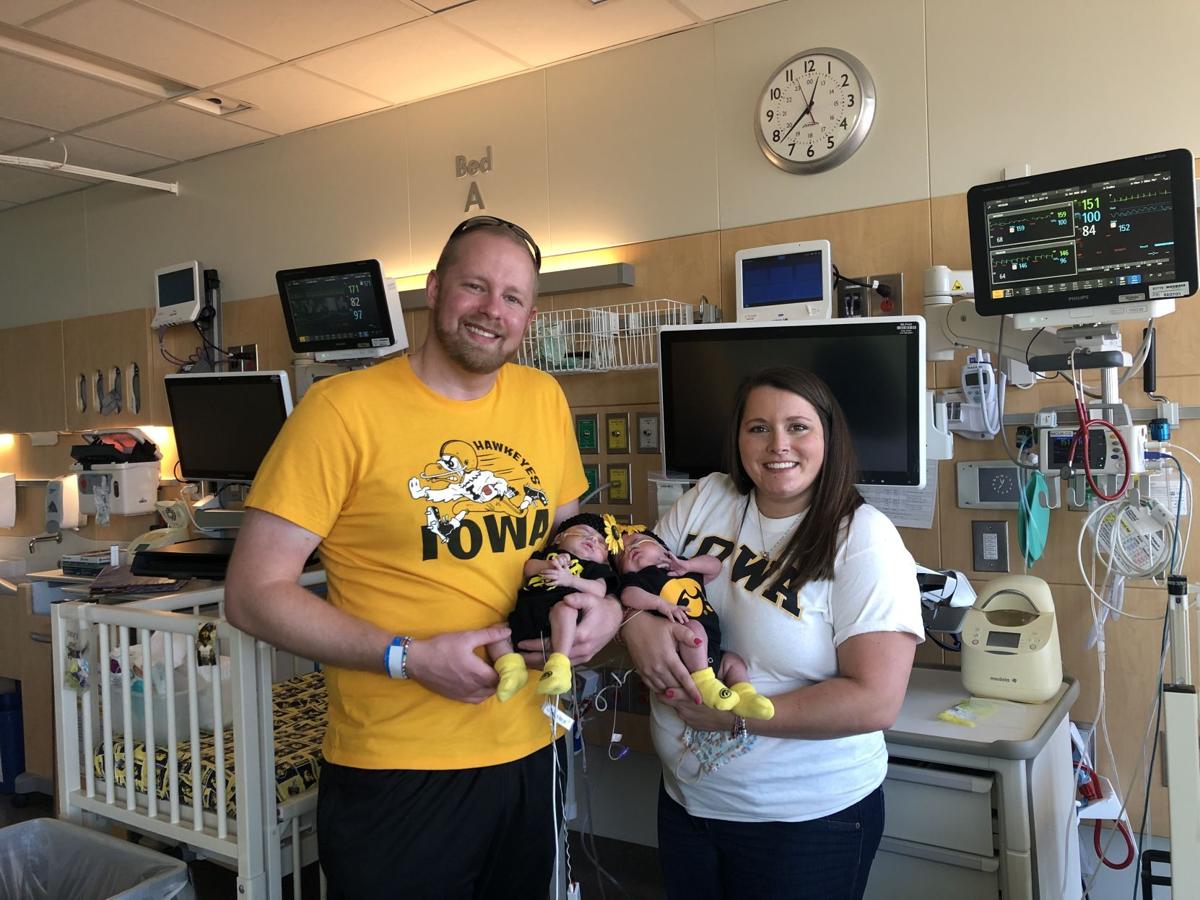 Adam and Katey Rausch stand with their twins Nora and Lilly in the NICU at the University of Iowa Hospitals and Clinics. 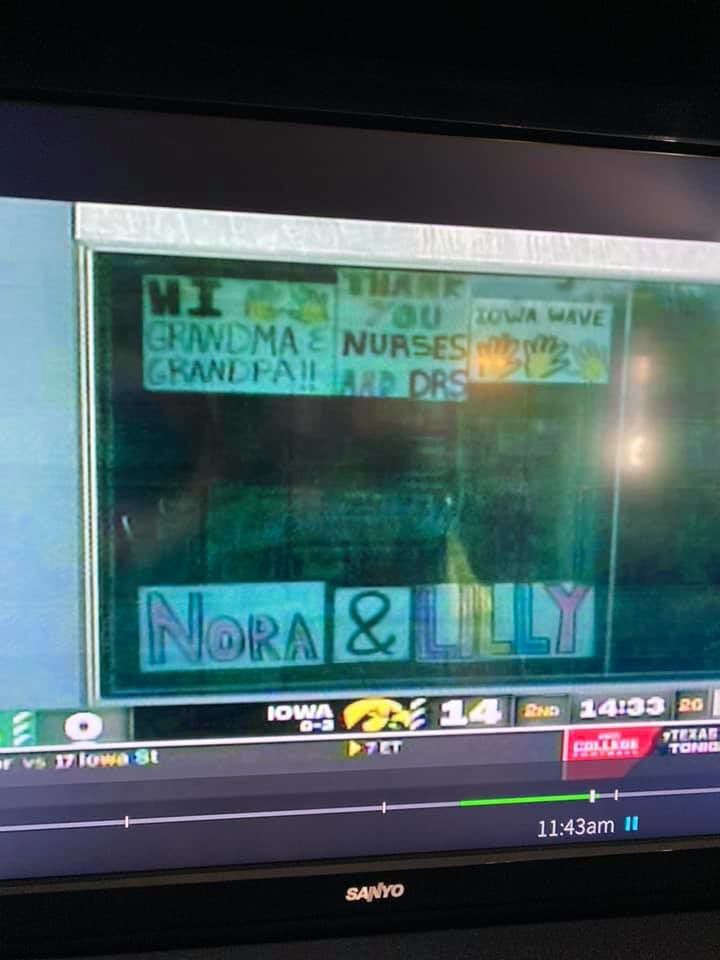 The Rausch family’s window can be seen on ESPN during an Iowa game.

Adam and Katey Rausch stand with their twins Nora and Lilly in the NICU at the University of Iowa Hospitals and Clinics.

The Rausch family’s window can be seen on ESPN during an Iowa game.

After spending nearly four months in Iowa City at the University of Iowa Hospitals and Clinics, a Dyersville couple has returned home with two new additions to their little family.

Adam and Katey Rausch found out April 1 that they were expecting twins. Following their 12-week check-up, the couple was advised to follow up at a high-risk clinic. They later found out that their babies were Mono-Mono twins, where the babies share the same sac and placenta and it occurs in only 1-in-10,000 pregnancies. They were told not too many twins with this condition make it to the full term of the pregnancy.

“It was an anxiety-filled pregnancy,” Adam said, “but we tried to find joy and hope where we could. Katey was admitted July 24 at 24 weeks to be closely monitored due to the high risk of the pregnancy.”

At 28 weeks, Aug. 21, 2020, Nora Jean and Lilly Marie were born at two pounds, four ounces and one pound, 14 ounces. Their journey was not finished as they still had a lot of growing and improving to do.

“This high-risk pregnancy was so hard to celebrate as it was,” Adam said, “and then to throw a pandemic on top of it was heartbreaking most days.”

The parents FaceTimed and Zoomed with family, but hospital visiting policies were strict. The parents were the only two allowed into their bubble.

As time progressed, the little family had the opportunity to be part of one of college football’s newest traditions — the Iowa Wave.

“Regardless of the limited crowds,” Adam said, “Katey and I were both completely blown away by what it felt like to have the players, coaches, fans and people watching on television waving back and thinking about us during the Wave. It felt like we had the entire state of Iowa backing us.”

“When we got moved to our room overlooking Kinnick,” Katey said, “it was like a breath of fresh air. It was a chance for us to have a slice of normalcy on a football Saturday. A few hours we could remove ourselves from the beeping monitors, numerous exams and tests.”

They tried to make it feel “homey” during the games. They ordered in pizza, each held one of their girls, reclined back in their chairs and watched some football.

“The gesture of the Wave itself filled us with a little more positivity and made us feel like, ‘Okay. We’ve got this. Our girls are strong fighters and we can do this,’” Adam said. “It was a little power-up that we needed during that time.”

Nov. 16, 87 days following the births, they arrived at their home in Dyersville.

“Lots of tears and smiles,” Adam said. “We arrived home to our families waiting in our driveway. It was the best feeling ever to have our girls home and together with our immediate families. Grandmas, grandpas, aunts, uncles and cousins got to see the new additions in person and not just on a phone screen.”

Proper precautions were taken to not risk anything with the current pandemic, but normalcy was back in their lives.

The couple still feels the lasting impacts of the hospital.

“We wouldn’t be here as a family of four without them (hospital employees),” the couple said. “The staff there became family. They held our hands and were shoulders to cry on (during) tough days, tucked in our girls when we weren’t there, held their hands through tests, rocked them to sleep at night, encouraged Adam and me to do everything we could for the girls to make us feel more like a mom and dad in that situation. We love them.”

The Rauschs are now a complete, healthy family. Nora is eight pounds, one ounce and Lilly is six pounds, 14 ounces.