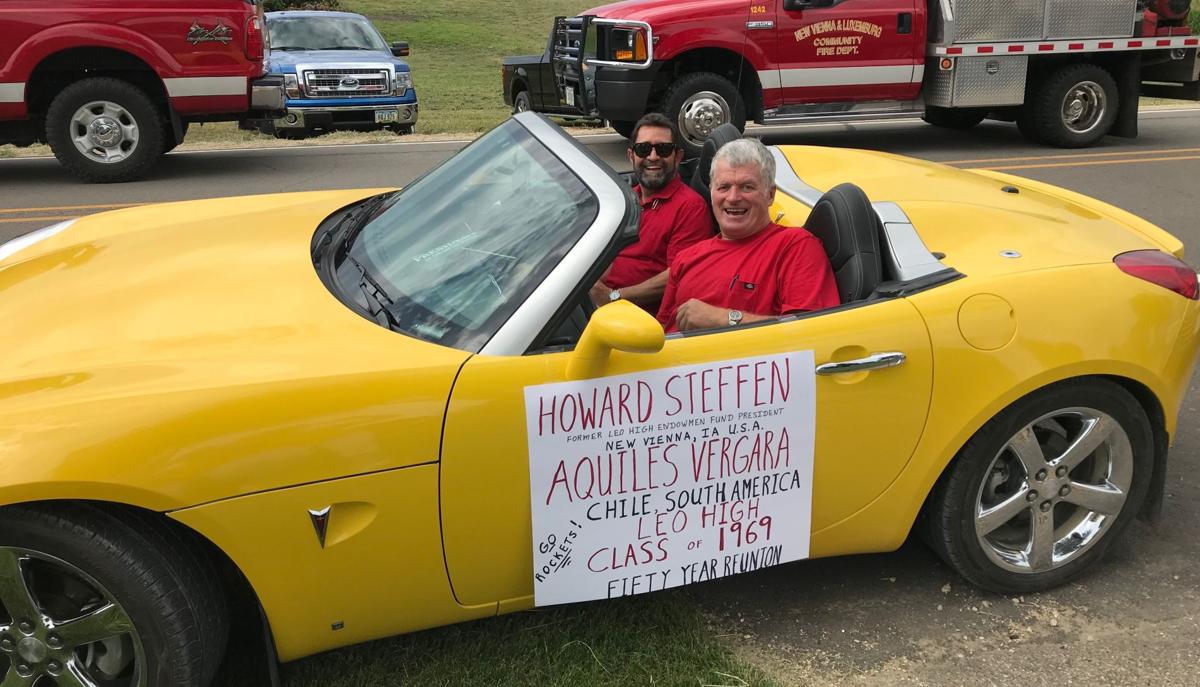 Aquiles Vergara, left, and Howard Steffen were part of the Holy Cross Parade. 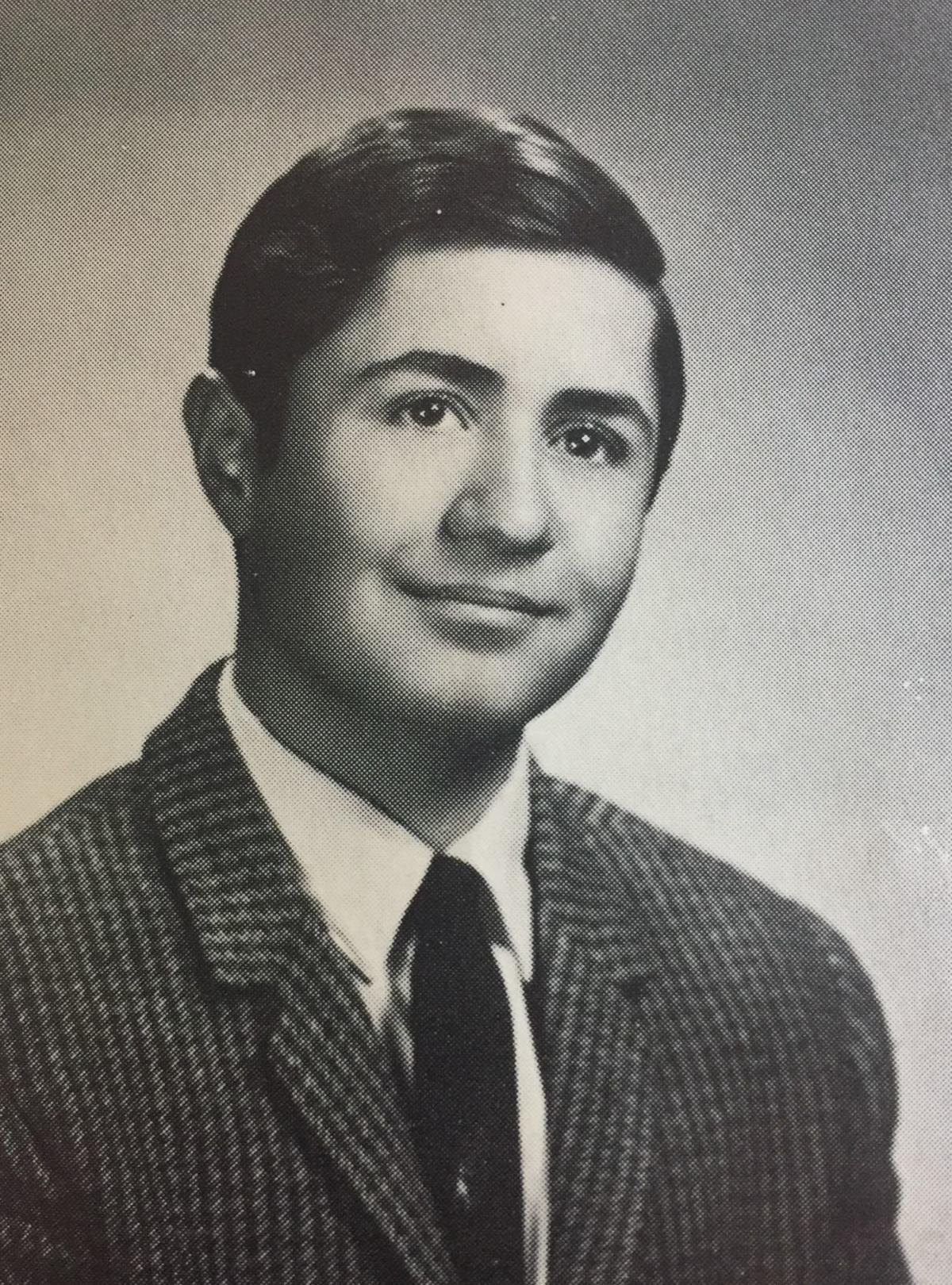 Leo High School in Holy Cross has not had the title of high school for three decades. The school made the transition to a middle school and junior high in the late 1980s and was renamed RHCL, but that doesn’t mean that former students at Leo High don’t celebrate their class reunions anymore.

Aug. 10, the Class of 1969 gathered in Holy Cross for the Holy Cross Days and to celebrate 50 years since their graduation. The former classmates gathered to put a float in the parade, but one of the former students traveled particularly far to be there.

Aquiles Vergara was a foreign exchange student from Chile, and was a Leo High student and part of the graduating Class of 1969. He made the trip back to reunite with his old friends.

“When I moved here, I was a 16-year-old urban boy that learned to work on a dairy farm,” Vergara said. He was hosted by Merle and Florence Jaeger, of Holy Cross, during his time in Iowa. “My life with Merle and Florence, with their love and hospitality at their farm, was great.”

The trip from Chile to Iowa is over 5,300 miles. However, some of his former classmates do not remember him having trouble fitting in right away.

“I don’t remember anything that held him back socially,” said Kathy Klein, class president. “He had a wonderful personality and fit in right away.”

Vergara came from a large city, but he was quick to get involved in the small community.

“My Leo High class gave me the chance to integrate and participate in sports and all types of activities,” Vergara said. He was named the King of the Mardi Gras celebration the school held yearly.

During the reunion Aug. 10, Vergara presented a speech to his former classmates. Klein said that he was always a very passionate speaker and that he became emotional when he spoke about his experiences with Leo High and Holy Cross.

This had been Vergara’s first trip back to small-town Iowa since he left in 1969. He currently resides in Santiago, Chile, with his wife of 40 years, five children, and nine grandchildren. Vergara retired in March of this year after being a chemical engineer for most of his working life.