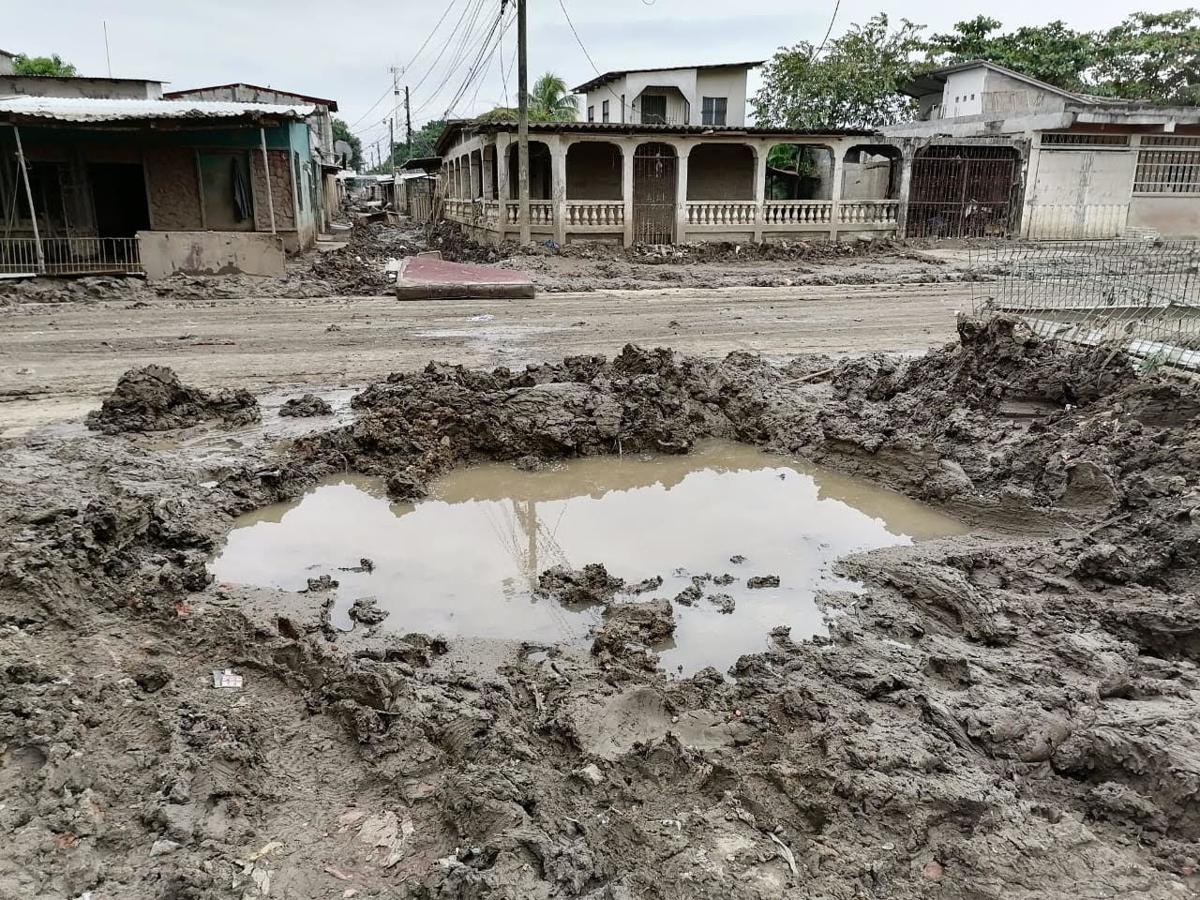 Many streets remain covered in deep mud and often need to be dug out for vehicles to get to the homes. 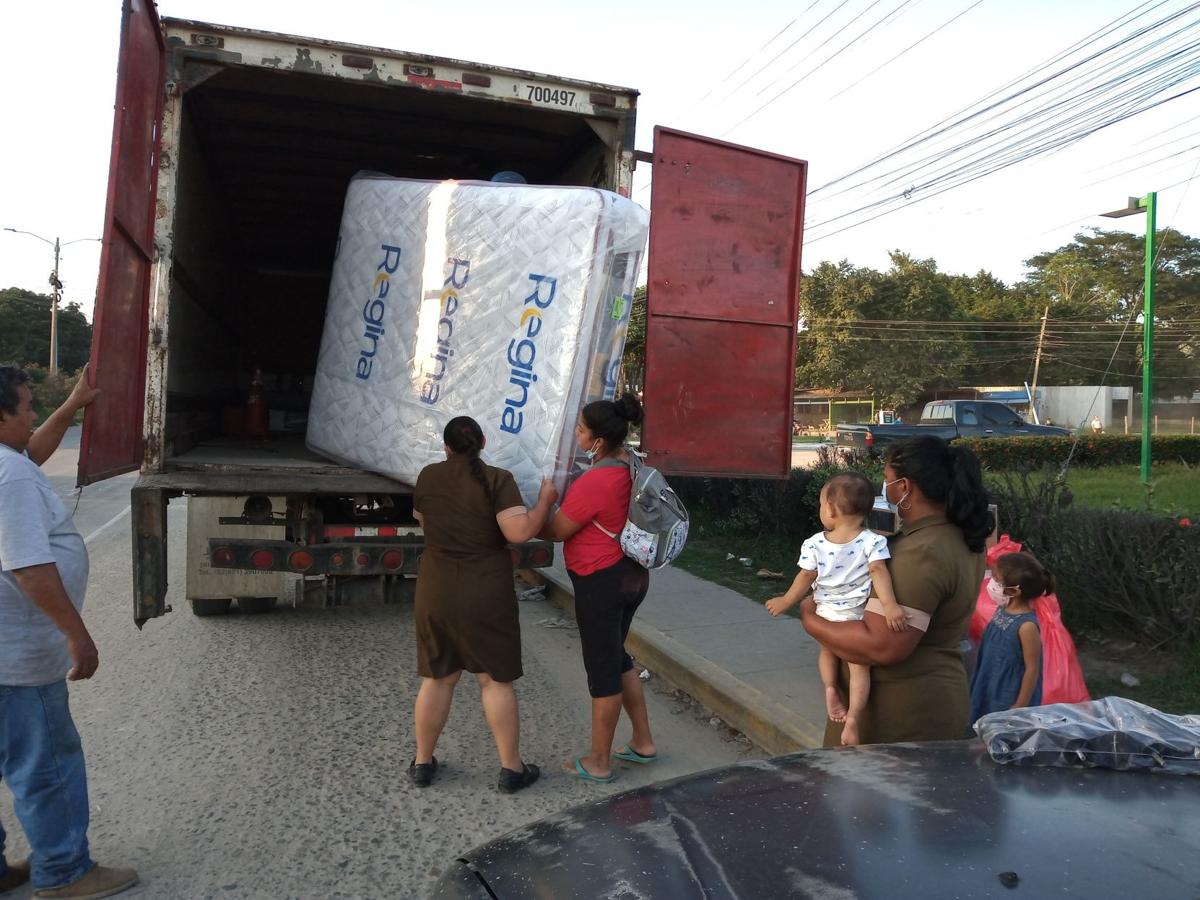 A truckload of beds to eight families of the janitorial staff at a nearby hospital, who had lost everything in the floods, was recently delivered.

Many streets remain covered in deep mud and often need to be dug out for vehicles to get to the homes.

A truckload of beds to eight families of the janitorial staff at a nearby hospital, who had lost everything in the floods, was recently delivered.

Three months ago, Dyersville residents Mary “Cookie” and Don Scherrman took up a collection to support their daughter Jackie’s humanitarian work in the Central American country of Honduras. Specifically, the donations went toward aiding people affected by hurricanes in the large outskirt area of San Pedro Sula, one of the country’s main transport hubs. The region is currently struggling to recover from two powerful hurricanes last November: Hurricane Eta (Nov. 2-16), followed by Hurricane Iota (Nov. 14-16). These heavy storms were followed by heavy rains in the mountains, meaning that many areas were flooded up to four successive times.

Roughly 200 donors contributed over $50,000 to the Scherrman’s drive, allowing over 250 of the 62,000 affected families to take more steps to rebuild their homes, some of which were completely washed away, while others were flooded and their contents largely destroyed.

Donated funds were largely spent in three categories. First was medical equipment for diagnostics and medications. This is especially important because COVID-19 has not neglected Honduras. Jackie Scherrman said that further complicating the situation is the lack of medical relief from the Honduran government.

“There’s a lot of corruption in the government here, and there was a lot of mishandling of the pandemic and emergency funds. We’re talking about billions of dollars that were mishandled and not spent on hospital things they were meant for. A lot of emergency funds came in for the hurricane, but nobody sees where it’s gone.”

The second major investment of the donations has been tools and equipment to help dig out homes and streets from the mud to rebuild, such as shovels, hoes, wheelbarrows, rubber boots and socks. The streets are currently so deep in the mud they require bulldozers to make the initial clearing.

Lastly, donations were used to buy essential living equipment to replace what had been lost in the flooding. These included beds, pillows and sheets for almost 50 families, with another 20 receiving gas stoves, cylinders, pots, pans and dishes.

“Beds are a big thing,” said Scherrman. “If you ask people what they need, it’s beds because they’re still sleeping on the floor.”

Scherrman said that these donations were able to mend a feeling of abandonment among the recipients.

“The resounding thing that came back to me all the time from everyone I had contact with was a feeling people had of being abandoned by God and everyone after the storms. People were sleeping along the bridges and highways, and even today they’re sleeping on the floors or mattresses that were underwater for days. When they do get help, it’s an amazing feeling like, ‘I don’t feel so abandoned anymore’”.

Scherrman recounted a scene she said gave her perhaps the most rewarding feeling of all after watching a child’s reaction to receiving a bed.

“When the parents told their 8-year-old son that they would be getting the beds. (They’ve been sleeping on the concrete floor in one room they’ve managed to clean and sharing one mattress that they washed after they salvaged it from the mud after the floodwater receded.) His eyes got wide as he so happily looked up at his mom and dad and he said: ‘See mom, I told you! God did not abandon us!’”

Some money was also given to unemployed workers from flooded banana plantations or factories. Each family got between $300 and $1,000 depending on their need.

Despite all the good done through the donations, Scherrman said that they have a very long way to go until everything is properly repaired and livable.

“It’s not very far along. They are still trying to clean the mud out of the street, they haven’t had water available, and they don’t have sewage in their neighborhoods. The streets are still ankle or even knee-deep in mud. The people I’ve touched are just a drop in the bucket. It’s this vast area of populated places that were affected, and it’s not only here but also in the mountains. The rain keeps continuing in the mountains, and there were a lot of landslides after the second hurricane. There were whole villages that were taken out. It’s simply incredible the amount of devastation that’s occurred. It’s never happened this bad before.”

She also wishes to express her gratitude for everyone who contributed to the relief despite having to deal with their own pandemic-fueled economic problems.

“It’s been like playing Santa Claus. It’s extremely satisfying to have someone you know need something and be able to respond to that need. It’s been wonderful to do that. It’s been a full-time job, but extremely rewarding. I was really surprised by the response and people are so grateful. I know that people at home have had a really difficult year as well, and the response was overwhelming.”

Those who wish to contribute to this cause may send checks to Cookie and Don Scherrman at 559 7th Street SW. Alternatively, the Scherrmans say the best charity organizations to send money to the relief effort are the Red Cross or Catholic Relief Services.