Log In Sign Up
You are the owner of this article.
Edit Article Add New Article
You have permission to edit this article.
Edit
Home
Your Account
News
Opinion
Sports
People
Obituaries
Calendar
Public Notices
e-Edition
Classifieds
Perks
1 of 4 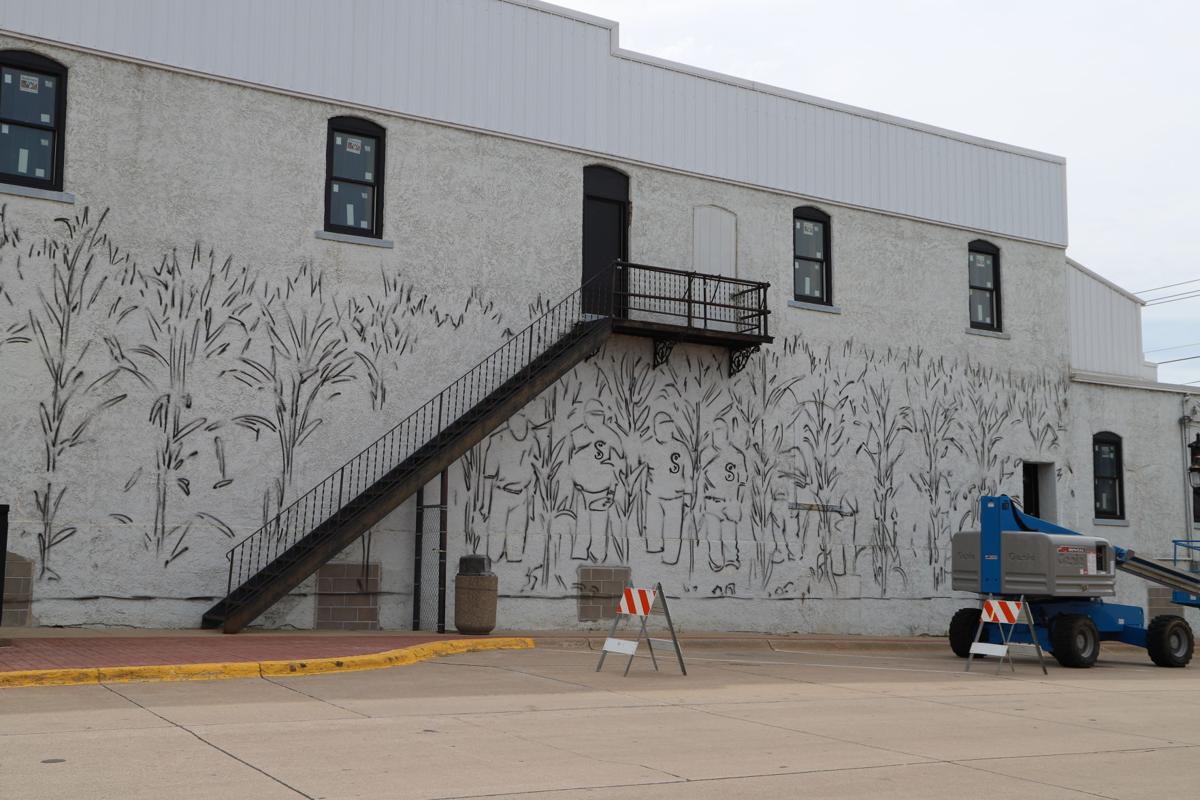 A new mural depicting the famous image of the Ghost Players emerging from the corn is being painted in Dyersville’s downtown. Work on the mural began with a simple sketch. 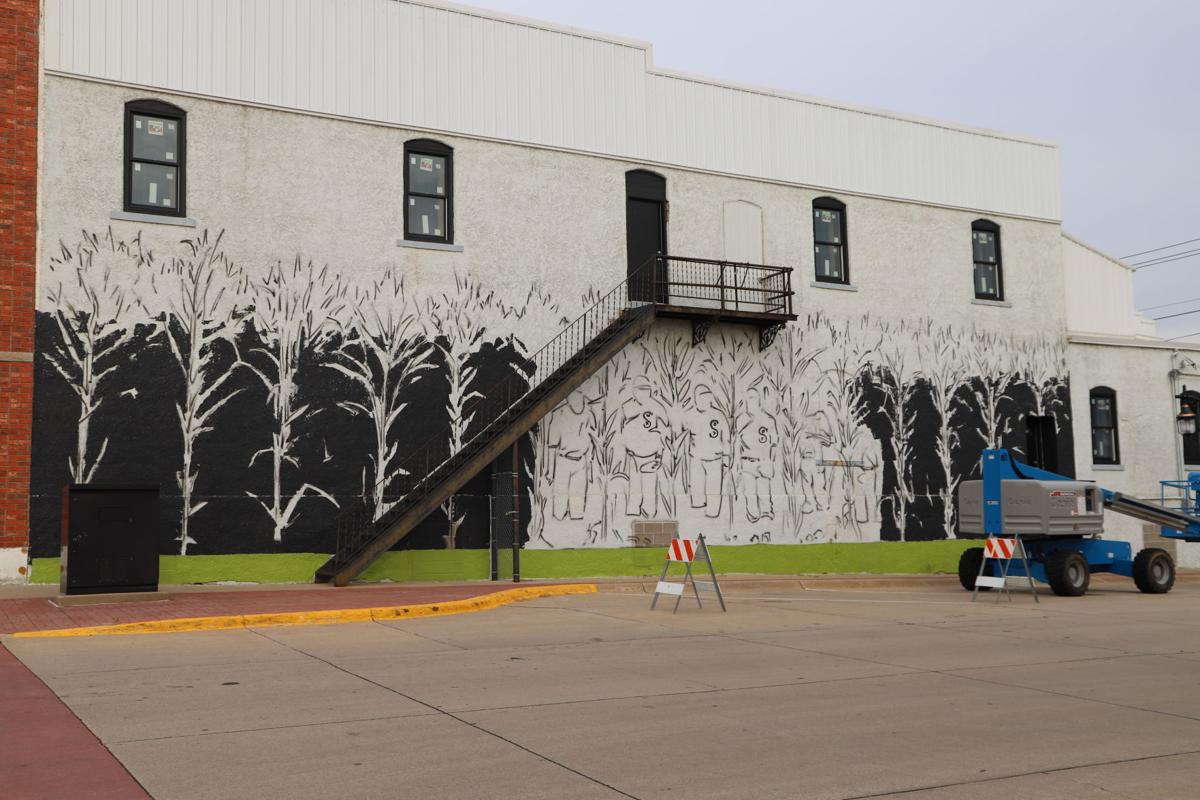 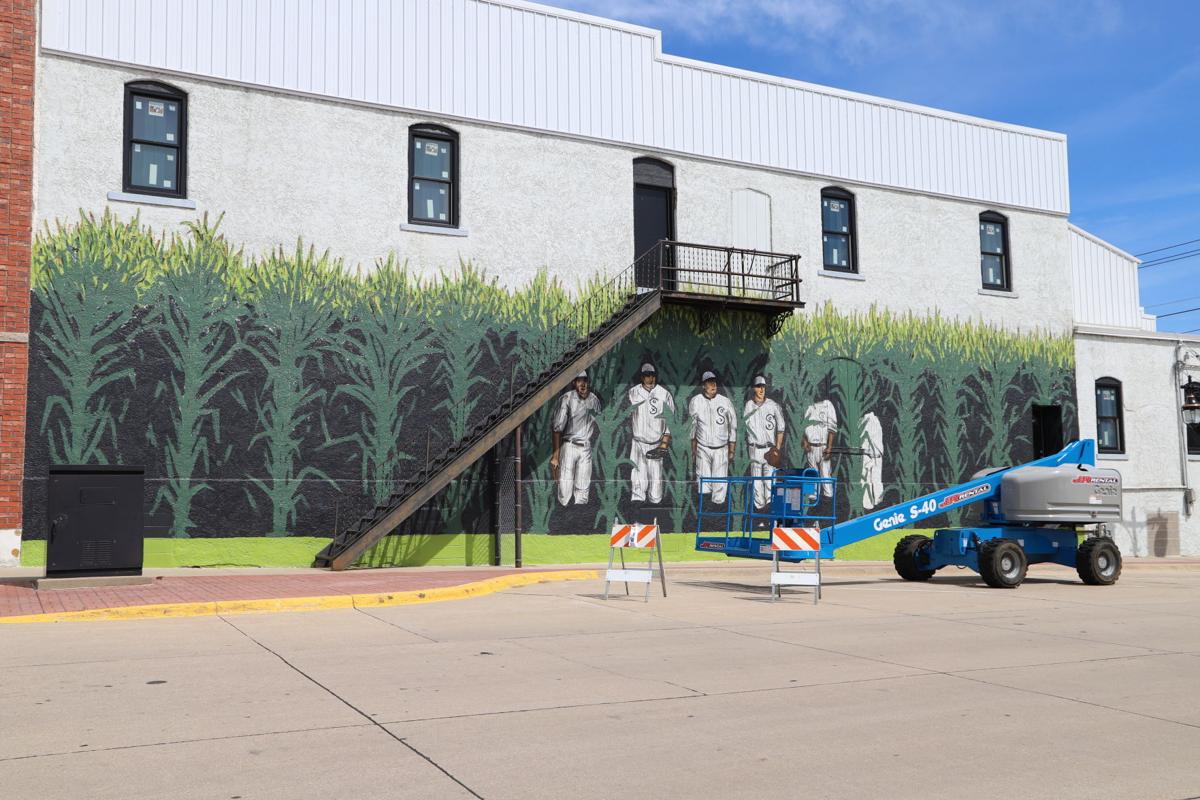 Locals enjoy stopping by the site every day to see the new developments with the mural. 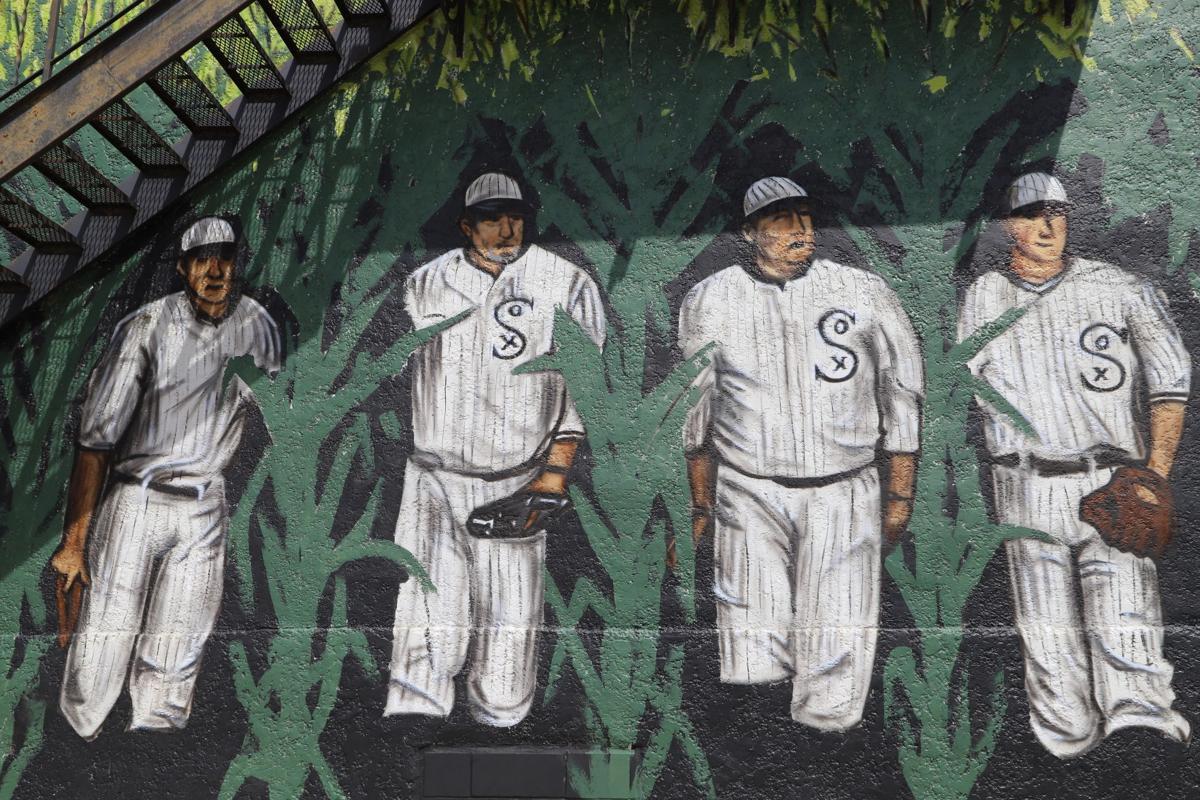 A new mural depicting the famous image of the Ghost Players emerging from the corn is being painted in Dyersville’s downtown. Work on the mural began with a simple sketch.

Locals enjoy stopping by the site every day to see the new developments with the mural.

Deep within Dyersville’s collective lexicon lies a simple mantra — “If you build it, they will come.”

While the line is most famous from its appearance in the hit movie, the Field of Dreams, local leaders have used the message for years when it comes to the community’s business philosophy.

Part of this philosophy is now building, revamping and rebranding Dyersville’s downtown, which leaders believe will ultimately draw more people to come relax, shop and explore. The latest effort to help beautify Dyersville’s downtown corridor is a giant mural of the famous Ghost Players on the side of the building locally known as the old Corner Drug.

As part of the beautification effort for the greater downtown, a recent study by planning and design firm RDG suggested murals as a relatively inexpensive way to dress up some building facades.

For the last 10-or-so months, community leaders had been preparing themselves for the influx of visitors that were slated to be drawn to the area by Iowa’s first Major League Baseball game set to take place at the Field of Dreams in August. The plan was to use what is now being referred to as the “City Square” as a staging area for the Beyond the Games activities, while also attempting to entice and funnel as much foot traffic as possible into the downtown area.

Even though nearly all of those activities have been canceled due to COVID-19 concerns, the efforts to enhance the downtown experience aren’t being hindered.

“Even though we had to forego a lot of the events for Beyond the Game, (the mural) and the exhibit are kind of two permanent things we felt were needed and long overdue,” Rahe said. “Both will be a great addition to our downtown footprint anyway, so we decided to move forward with them.”

The building sporting the new mural is also the home of the new If You Build It exhibit, making the pair an obvious fit.

“We really got serious about doing something when we were planning for Beyond the Game and, when we started looking at what to put on there, the Ghost Players coming out of the corn was an obvious choice,” Rahe said. “Since we were doing the exhibit in that building anyway, it was just a really, really good fit.”

Rahe said they began working with Sam Mulgrew to commission an artist and also determine if the building’s subsurface would be suitable for a mural, and luckily, it was.

“It will definitely be very noticeable as you drive down Main Street,” Mulgrew said. “There isn’t a lot of public art in small towns generally, and this will be the first mural. I think it will put a spring in peoples’ step with COVID-19 going on.”

The mural will cost about $10,000 and is being paid for through an “events fund” that local officials put together, Rahe said.

Residents have likely noticed the mural going up during the past week, and despite it being scheduled for completion sometime around July 24 (weather permitting), Rahe said she’s already heard a lot of positive feedback

“People seem to really, really like it — it’s a nice attention grabber and it’s in a great spot,” Rahe said.

The Dubuque County Board of Health voted Aug. 5 to recommend a county mask mandate be issued by county supervisors.