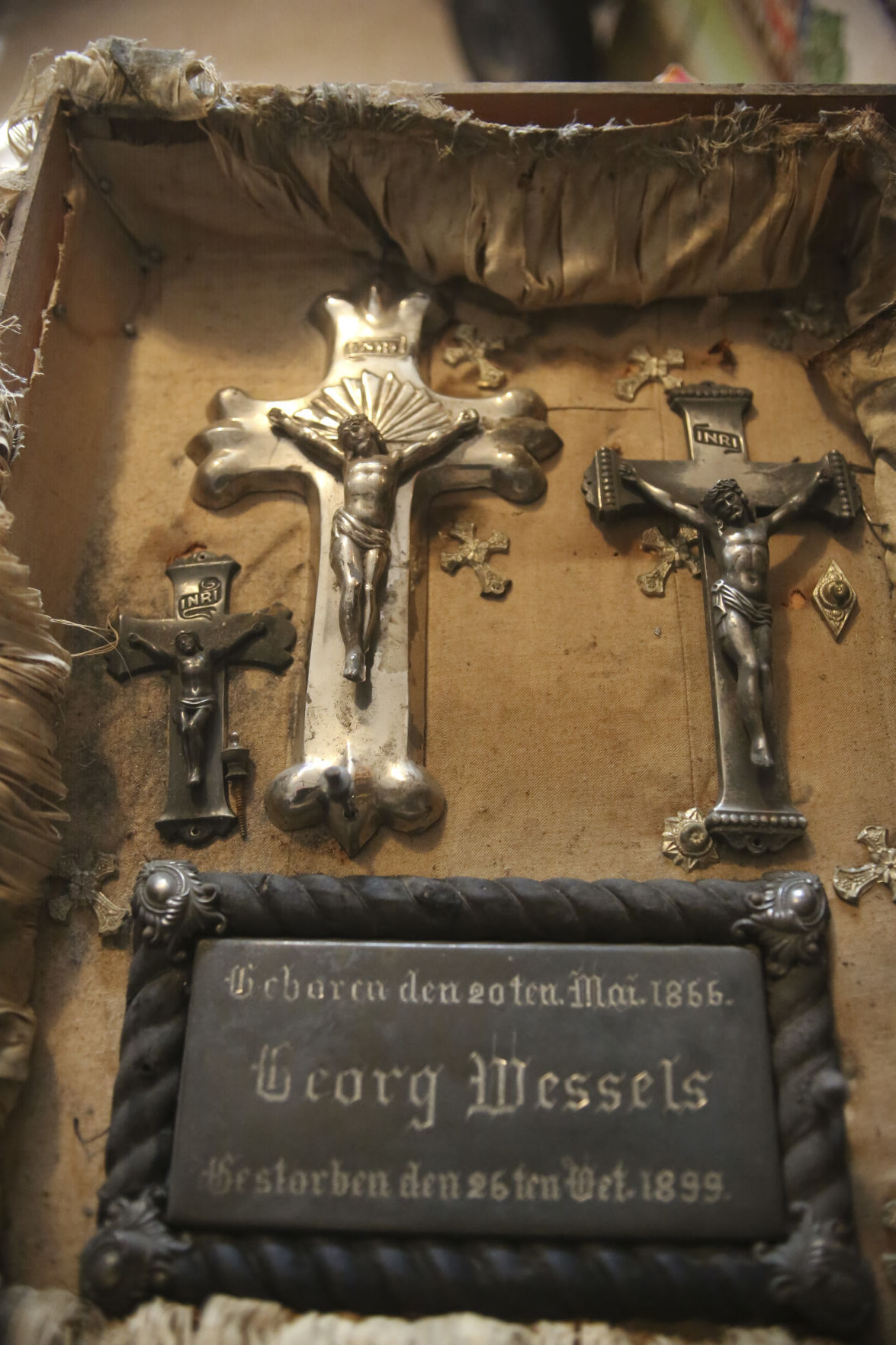 Georg Wessels’ death box with crucifixes and metal plate with birth and death dates in German. 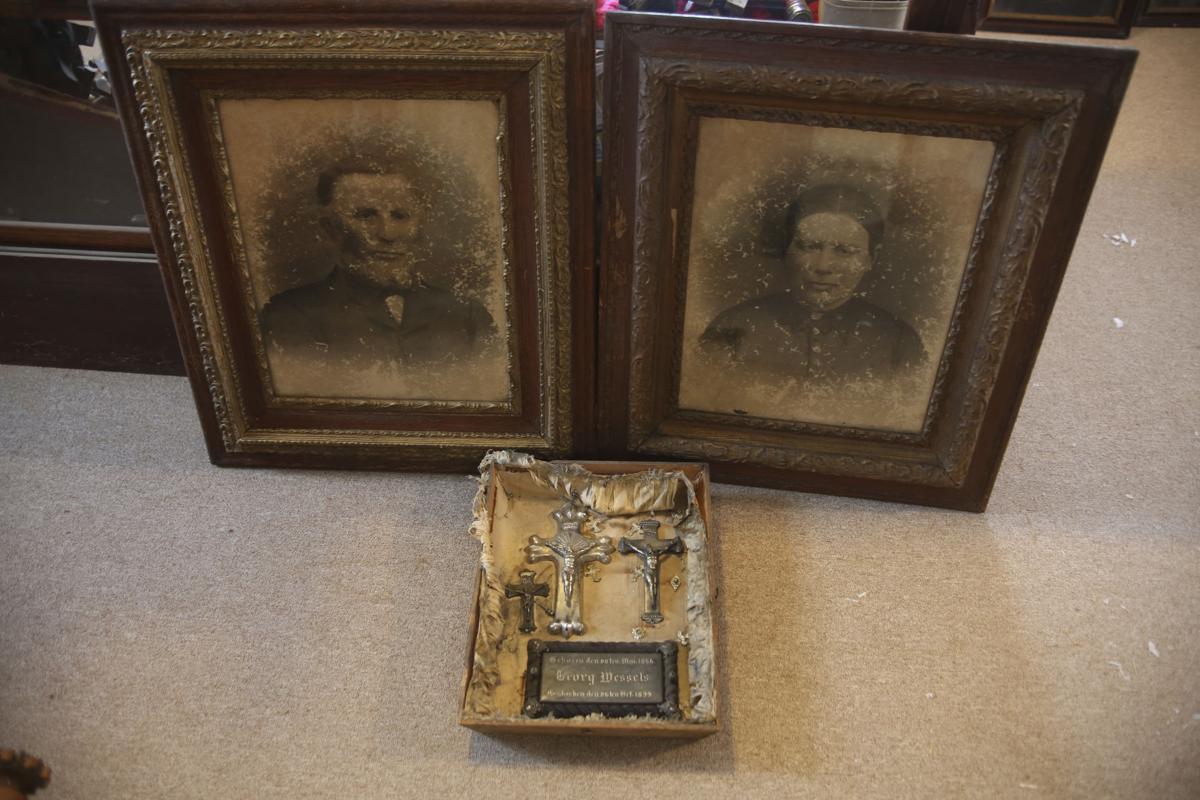 Georg Wessels’ death box with crucifixes and metal plate with birth and death dates in German.

A bit of New Vienna history was recently discovered and, after some investigative work by area historians, local collector Virgil Hermsen is in possession of some 19th-century heirlooms related to the Wessels family.

After a pair of 1800s era photographs and a “death box” were found in the attic of a New Vienna home, the items were taken to New Vienna’s Heritage House Museum by one of the Historical Society’s board members, Dave Krapfl, where they were examined by President Marian Klostermann.

“Dave contacted me and brought the items to the Historical House Museum. There were big framed pictures of a man and a woman. I took a look at them, and saw there were no names on the pictures, so they didn’t mean anything to us,” said Klostermann. “There was another framed item that had crucifixes in it. On the bottom was the name Georg Wessels, with some dates.”

That led Klostermann to check out another source of information.

“I told him we’d have to search a little more and he left them for me so I could look into things and see what we could come up with,” Klostermann said. “So, I called Doris Lake, who volunteers at the Dyersville Historical Society to see if she could find an obituary for Georg Wessels.”

Contacting Lake was a good decision.

“She called me back and told me her great-grandmother was a Wessels. So, she got in touch with her brother Virgil Hermsen, who said he’d like to take a look at the items.”

After seeing the items at the Museum, Hermsen took the photos and the shadow box back to his antique shop.

“Barney and his wife Theresa were my mother’s grandparents and had moved off the farm and into the house where the items were found. Barney built that house,” said Hermsen. “They must have thrown this stuff up in the attic and forgot all about it when they moved out.”

The other item was a shadow box, or death box, that was common in those times.

“Years ago, they used to make what they called death pictures. It would be like a shadow box with a glass frame and usually had a cloth backing,” said Hermsen. “They would put things in it to remember the person. I have one from a different party and it is complete, so it gives us an idea of what they were doing.”

Inside were several crucifixes and an engraved metal plate with the name Georg Wessels, noting his birth May 20, 1866, and his death Oct. 26, 1899.

“More than likely, the crucifixes were off a casket. With the old wooden caskets, they took all the decorations off before they lowered them into the grave,” said Hermsen. “The metal plate was likely from Georg’s casket.

“The best I can tell you is that Georg Wessels was my great-uncle — my mother’s uncle. He died when he was 33. He accidentally shot himself in the leg trying to hang up a gun. In those days, medical care wasn’t so good, and he eventually got gangrene and died.”

Thanks to a collaborative effort and some family ties, these items telling just a bit of New Vienna’s past are back in the family in Hermsen’s shop.

“The pictures are in pretty rough shape, but I’m glad they didn’t end up in a dumpster,” said Hermsen.