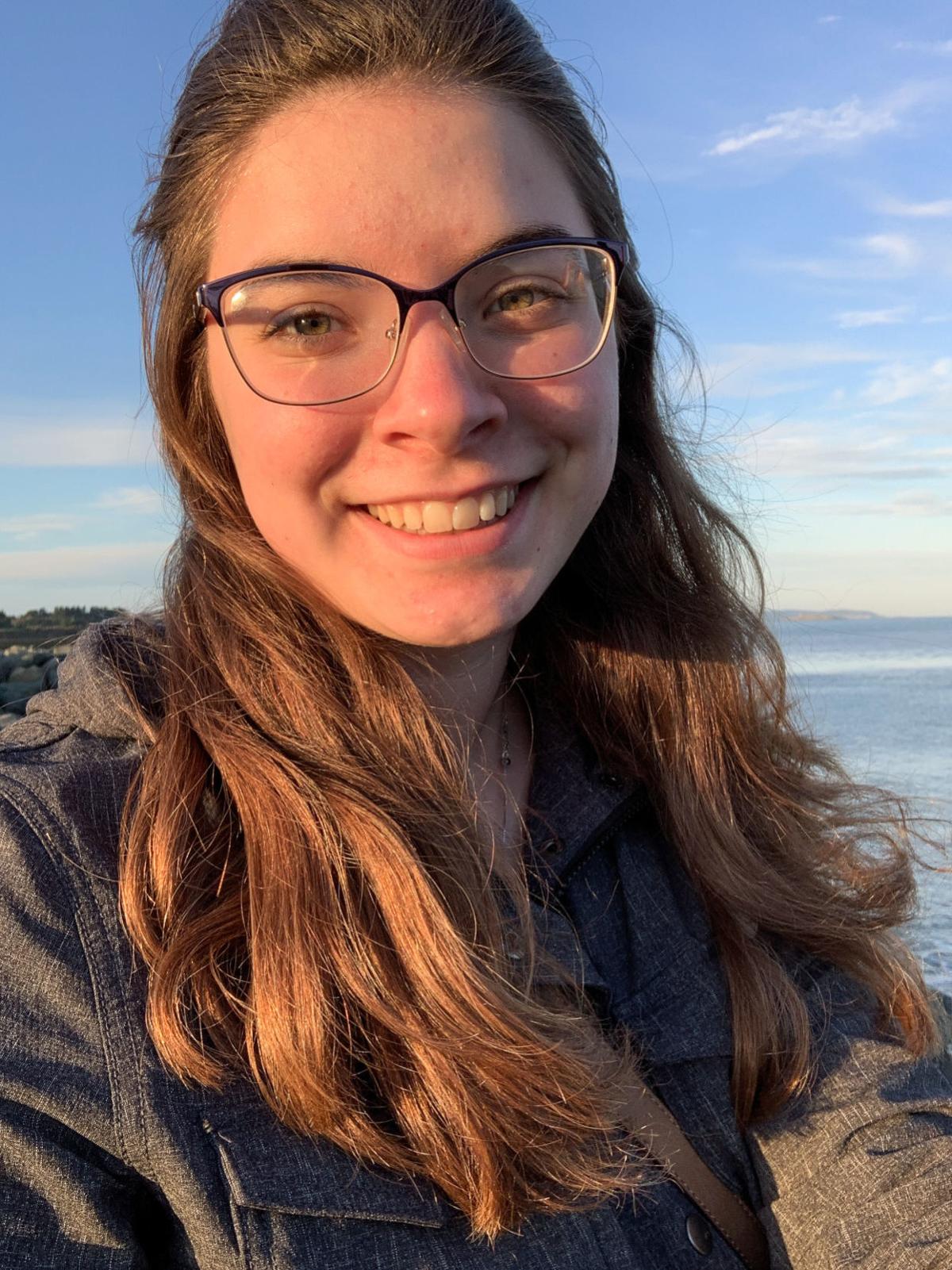 Kelsey Lansing poses for a photo during a trip to Bray, Ireland, early in the semester. 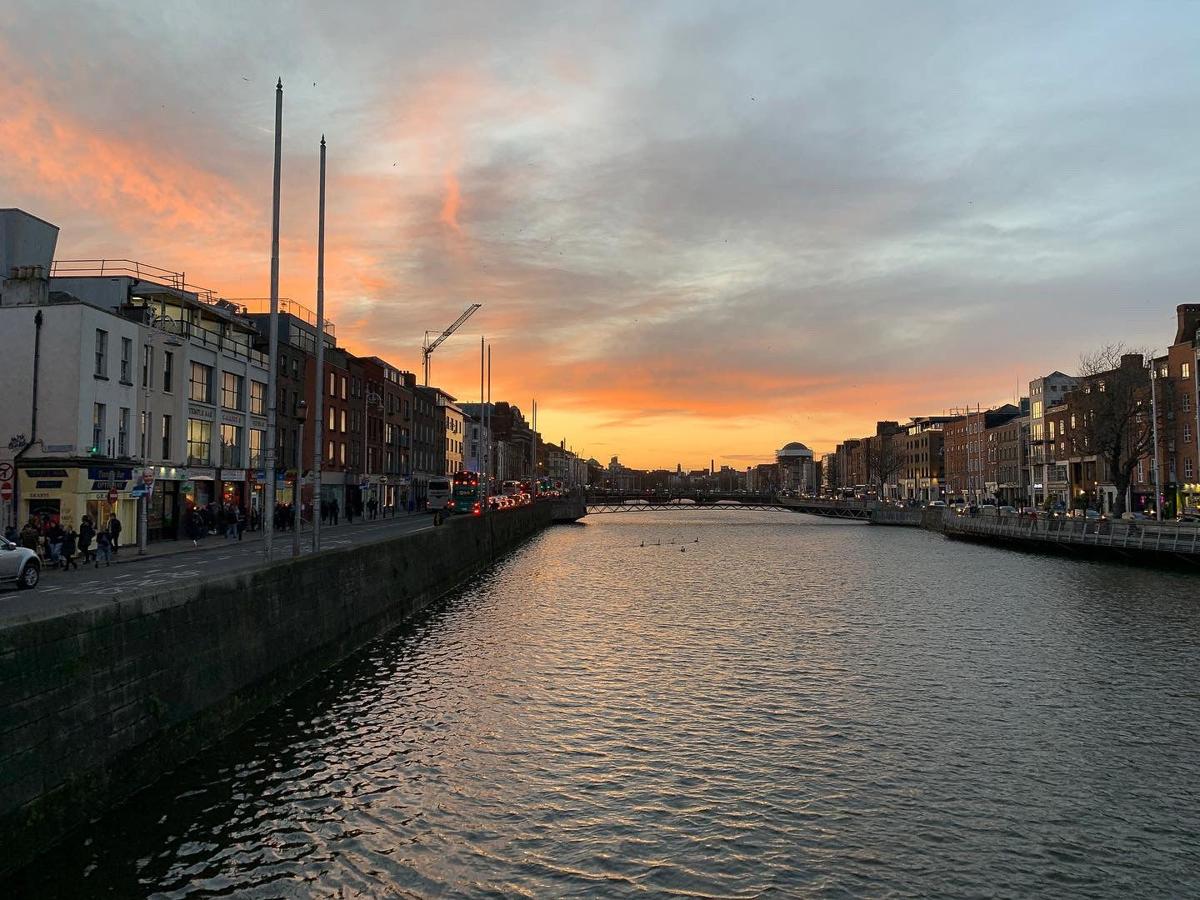 Kelsey Lansing captured this sunset near the Liffey River, noting that Dublin at night was one of her favorite views. 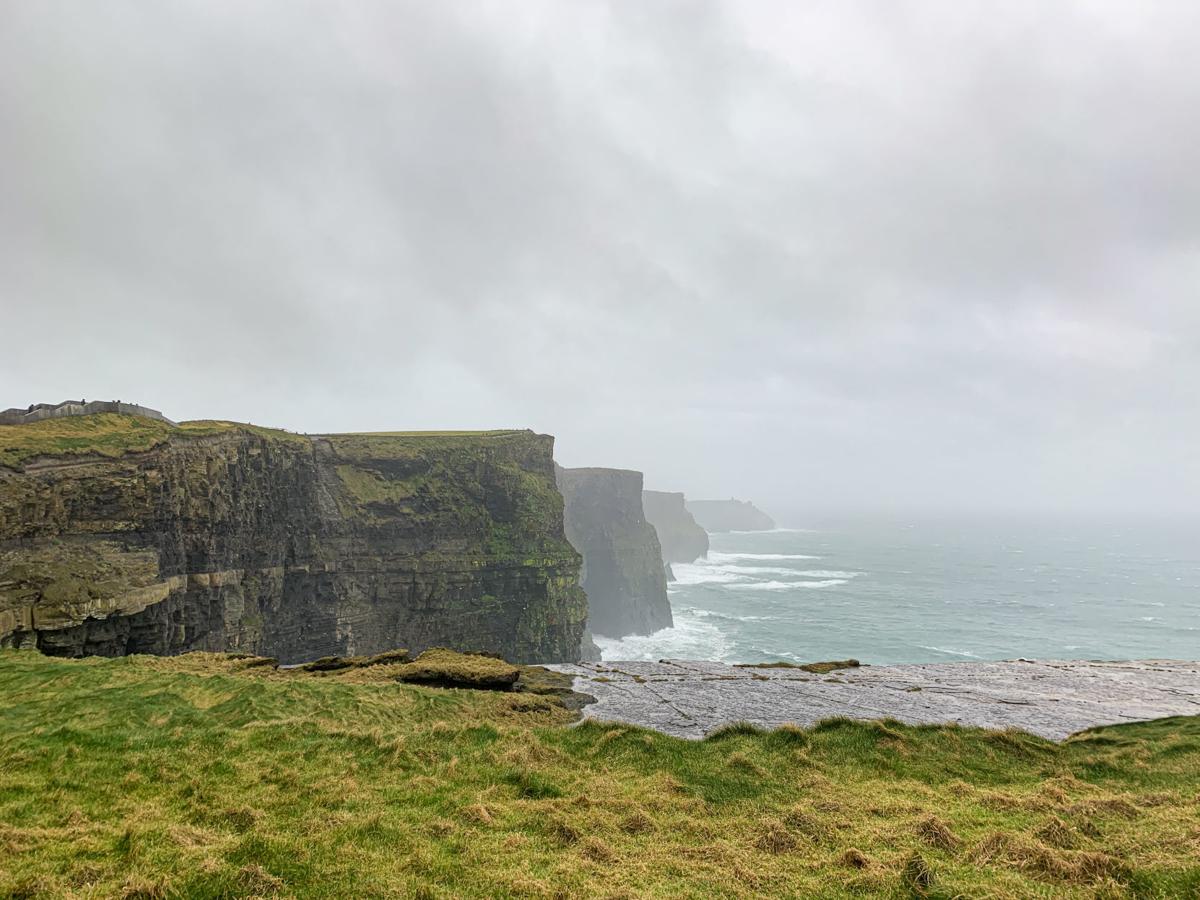 The Cliffs of Moher were just one of the stunning rainy-day sights Kelsey Lansing experienced during her shortened semester abroad. 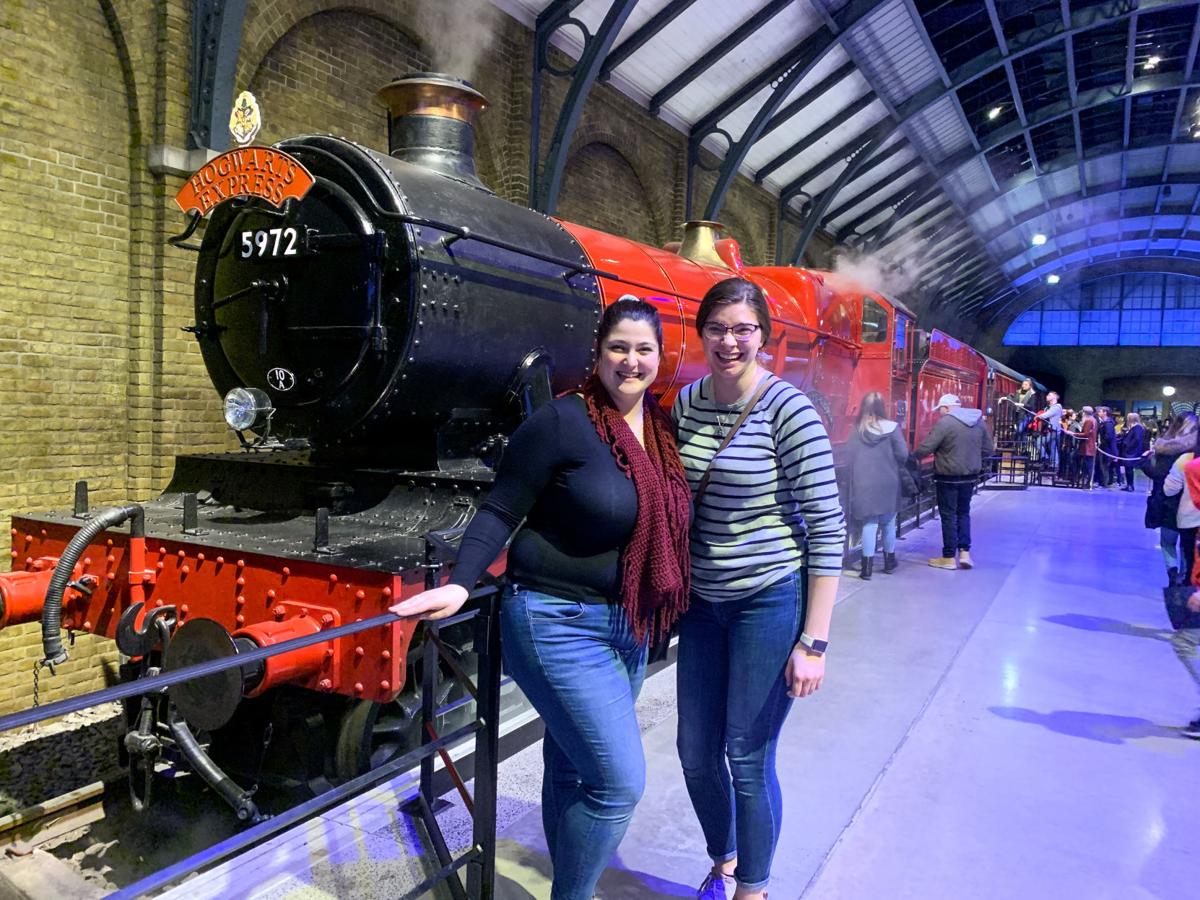 Kelsey Lansing, right, and her roommate, Rose Gottschalk, were able to make the short trip to London during their semester abroad in Ireland. The pair snapped this photo with the Hogwarts Express during a Harry Potter studio tour.

SUBSCRIBE We are providing free community access to all of our coverage of the COVID-19 pandemic. However, please consider helping keep your community newspaper strong by subscribing today and receive access to all our work.
1 of 4

Kelsey Lansing poses for a photo during a trip to Bray, Ireland, early in the semester.

Kelsey Lansing captured this sunset near the Liffey River, noting that Dublin at night was one of her favorite views.

The Cliffs of Moher were just one of the stunning rainy-day sights Kelsey Lansing experienced during her shortened semester abroad.

Kelsey Lansing, right, and her roommate, Rose Gottschalk, were able to make the short trip to London during their semester abroad in Ireland. The pair snapped this photo with the Hogwarts Express during a Harry Potter studio tour.

As a small-town girl, Dyersville native Kelsey Lansing knew traveling overseas to live in a major world city was going to be an eye-opener, but what she didn’t expect was something smaller than 0.125 microns to completely upend her semester abroad.

In early January, Lansing and fellow Loras College students boarded a plane for Ireland, an island they anticipated calling home for the next four months.

But around mid-March, an unprecedented global response to the COVID-19 pandemic cut her trip two months short.

“I’m very sad I had to come home so early, but it is also a good thing I guess,” Lansing said. “Things just unfolded so quickly — I wasn’t really worried at all until the night it was declared a pandemic. Before then, I thought it wasn’t that bad here because no one was freaking out, but then things started to change. By the time we got home, we realized just how big of a deal it was. So, it was just weird coming home to all of this.”

Lansing, who had a cousin in Spain at the same time, had heard some horror stories about the international travel situation at O’Hare International Airport in Chicago they were about to experience.

“I had a cousin who flew home from Spain just a few days before I did and she spent four hours in O’Hare,” Lansing said.

Lansing and her companions flew out of Dublin, where they were able to get more of their screening done beforehand.

“We went through pre-clearance there for the U.S. and then security and all that other stuff,” she said. “So, we got all of that done, but it probably took a good three hours.”

Because of the tremendous lines, the flight was delayed an hour so all could get boarded.

“When we eventually flew out, everything was fine,” she said. “But once we arrived in O’Hare, I think we were in-and-out in under an hour.”

Anyone who has navigated through a major international airport can already imagine what a headache the whole scenario would have caused, but on top of all of that, Lansing’s first-ever time flying was when she left for Ireland just a few months before.

The full-on, ready-or-not immersion was a reoccurring theme for her brief stint abroad. Aside from the new experience of flight, Lansing had also never been on a train, public bus or had any real experience with the wonderful world of public transportation.

“I’m not a city girl at all and here I was in Dublin. It wasn’t that big by any means, but getting used to public transportation, flying for the first time, being away from family — that was a whole different ballgame,” she said. “I ended up taking the bus multiple times a week, and to get to my internship in Dublin, I had to take a tram — which I’ve also never been on before. To go up and down the coastline, we had to take a train. Just trying to figure out that whole public transportation culture was an experience in itself.”

One of the first times they tried to use the bus, they had paper Euros, but no coins and no Leap cards that were required. The Leap Visitor Card is the most convenient public transport card available for tourists and visitors to Dublin.

“The man who was driving the bus had a very thick Irish accent, so we couldn’t understand each other,” Lansing recalled with a laugh. “So we didn’t know what we needed to do. We kept trying to say ‘we just need to go here’ and he just kept saying we don’t accept that. Eventually, he just got so frustrated he told us to just go sit down.”

She said things were a little hard at first — homesickness was setting in and there was a certain element of culture shock, but Lansing was one of nine students taking part in the Ireland Program of Loras, who all go through the ordeal together.

The group had two weekly classes with a Loras professor and one class at Dun Laoghaire Institute Of Art Design + Technology, where Lansing and her roommate took an Irish Literary Revival course.

Being keyed into these different perspectives helped open a new layer to the texts, and being able to walk around the city and see the buildings and squares James Joyce wrote about helped to open their eyes even further.

During her time outside of work and school, Lansing was free to explore.

“Luckily, before we were sent home, my roommate and I were able to visit London for the weekend,” she said. “We had a chance to do a couple of things, just not everything that we wanted to do.”

Lansing also partook in an internship and lived with locals during her time in Ireland, which entailed sharing one bathroom with five people and two dogs.

“We were trying to dive in as much as possible into the Irish culture,” she said. “My roommate and I didn’t have a lot to do on the weekends, so we tried to plan as many trips as possible. Even if we didn’t go anywhere, we would still walk around and explore the neighborhood and try new foods.”

Despite the ups and downs, Lansing encourages all college students to consider taking a semester abroad.

“I don’t think I was 100% sure about going until I hopped on the plane,” she said. “For me, it was a terrifying decision to make because I was leaving everything behind. I was stepping outside of my comfort zone and trying to navigate a whole new experience.”

She said the first step is to just make the decision and disregard your fears.

“That’s the biggest thing — just do it,” she said. “There’s no other way to put it. You’re not going to know what you’re getting into until your trip begins.”