Log In Register
You are the owner of this article.
Edit Article Add New Article
You have permission to edit this article.
Edit
Home
Your Account
News
Opinion
Sports
People
Obituaries
Calendar
Public Notices
e-Edition
Classifieds
Perks
1 of 4 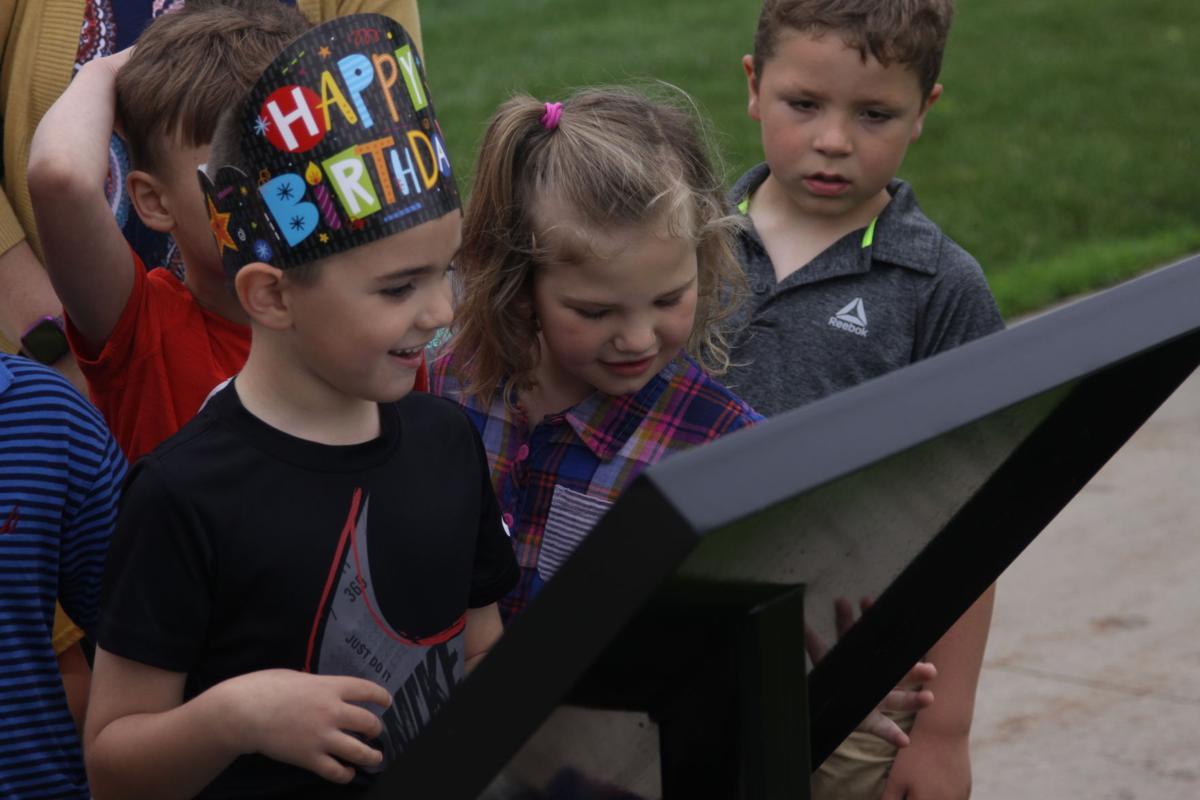 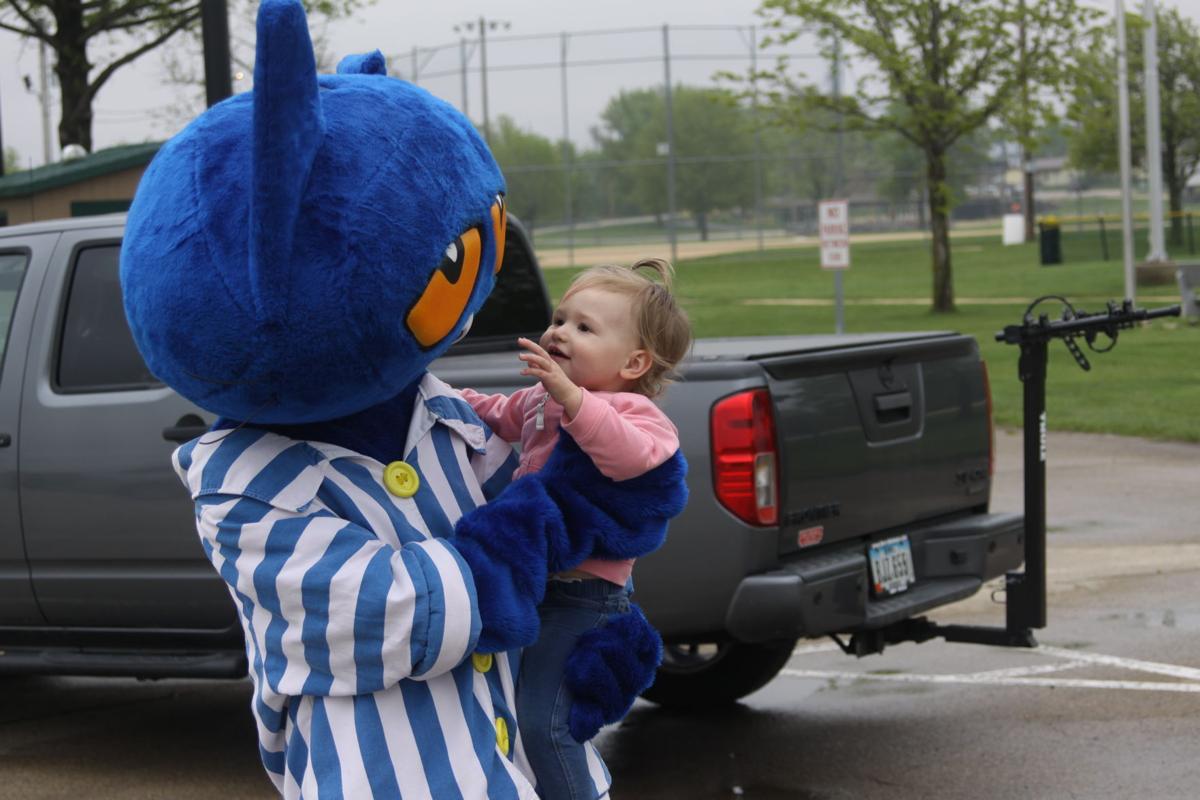 Grace Krogmann, right, and Pete the Cat hold a brief discussion at the ribbon cutting for the new StoryWalk, May 19. 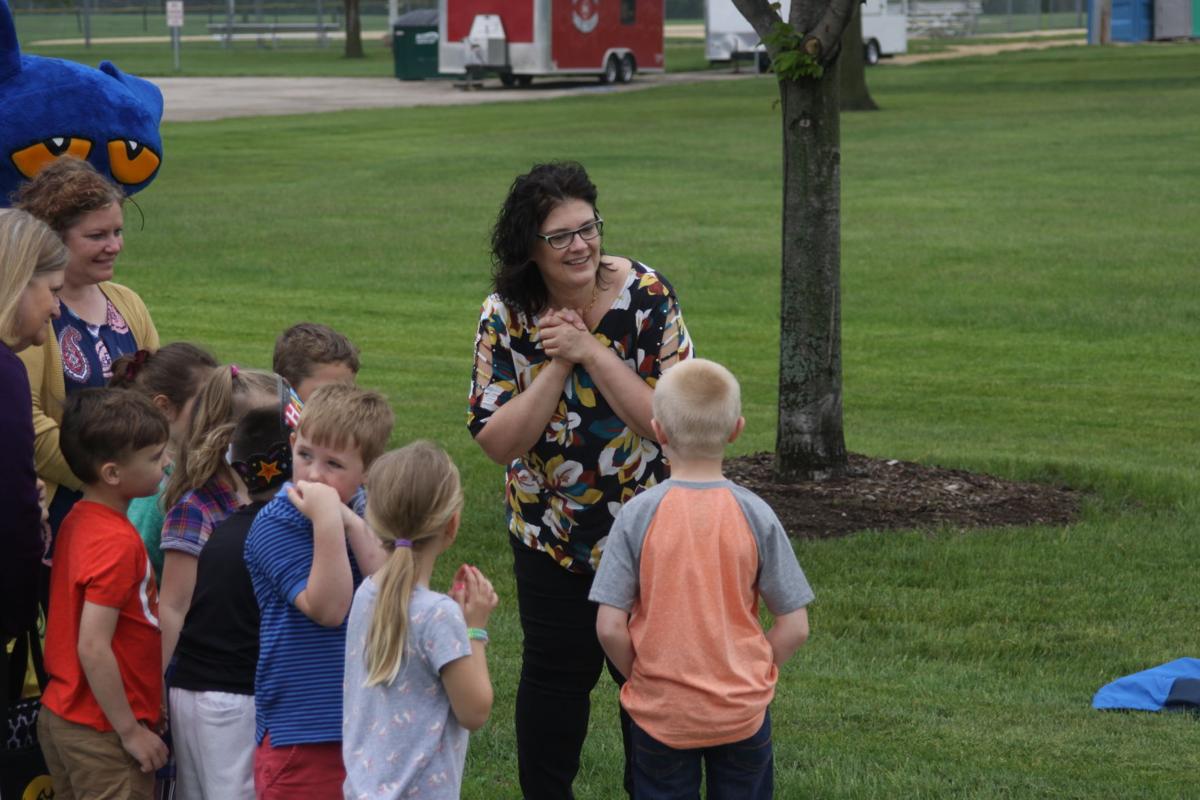 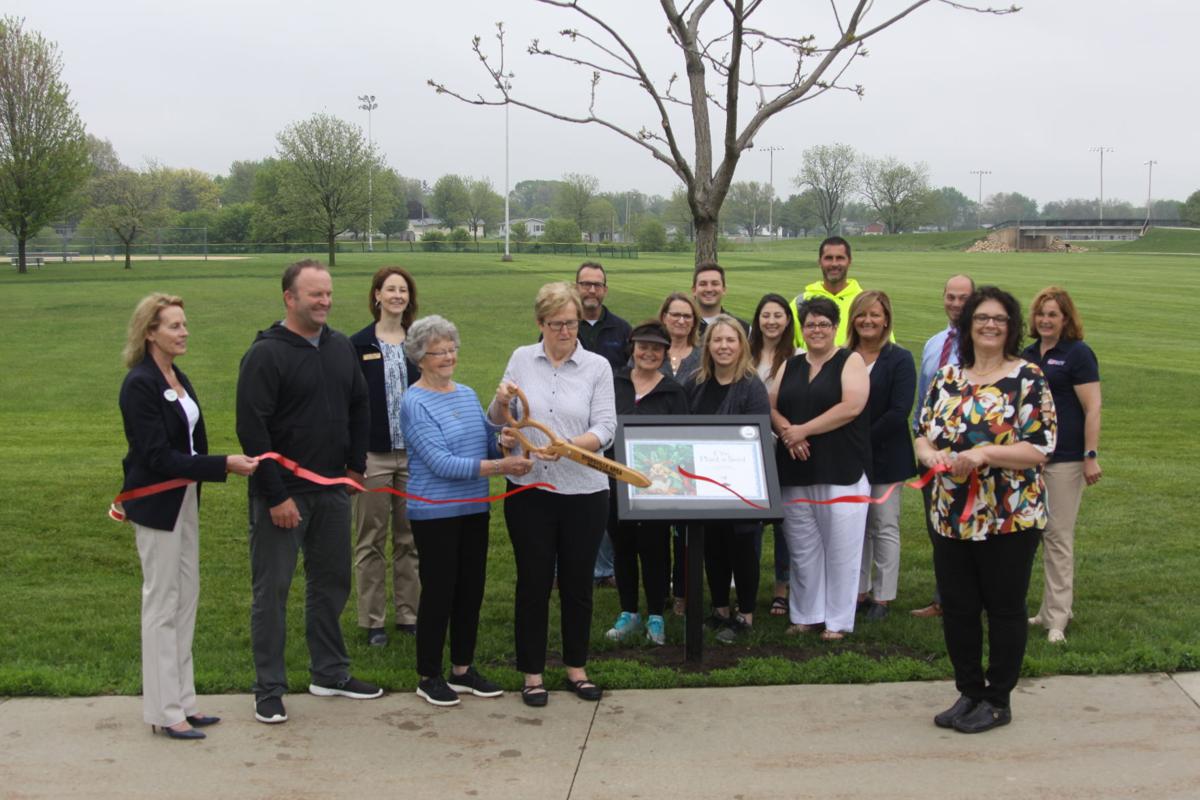 Grace Krogmann, right, and Pete the Cat hold a brief discussion at the ribbon cutting for the new StoryWalk, May 19.

The sound of small and hurried shoes hitting the pavement and the echoing cry of “Pete the Cat, Pete the Cat” swept over the fields of Westside Park, which was the hub of an unusual amount of activity for a Wednesday morning in Dyersville.

While Pete the Cat’s celebrity status could possibly have pulled a crowd of this size on its own, the morning was a celebration of a project described as having spent years as a dream and then months in construction.

“StoryWalks are meant to bring communities and families together to engage in an outdoor activity while enjoying a story,” Benton-Hermsen explained. “They’re meant to be interactive so parents and caregivers can read to their child, talk about the book and get some good exercise at the same time.”

Comprising a total of 18 stations, the StoryWalk hugs the trail system at Westside Park, with each stop containing two pages of a children’s story, giving readers young and old a chance to enjoy some fresh air and exercise.

While 16 of the stations will contain pages of a book, one acknowledges those who helped make the project possible and the other is a survey station.

Benton-Hermsen said the survey station will help the library keep a count on how many people are using the StoryWalk, and survey participants will be entered into a monthly drawing with the winner receiving a copy of the book that was on display.

Students from Dyersville Elementary and St. Francis Elementary were invited to be among the first to navigate the self-guided story walk, and if the smiles on their faces are any indication, the new Westside feature is sure to be a favorite for years to come.

The project was funded through a Dubuque Racing Association Grant, the Friends of the James Kennedy Public Library and a donation made in memory of Richard Osterhaus, a Dyersville native who passed away in November 2019.

“Dick (Osterhaus) loved being outside and he was an avid reader, so this seems to be a great tribute,” Benton-Hermsen said. “(This effort) is really near and dear to the family’s heart — we anticipate the community will get a lot of use and enjoyment out of it.”

Benton-Hermsen also thanked the Dyersville Public Works Department for doing the heavy lifting and, given that each station weighs about 500 pounds, she meant that in the literal sense.

“And we’d like to thank the parks department for allowing us to use their trail to put it in,” she said.

“If You Plant a Seed,” by Kadir Nelson, will be featured until June 30, when staff will swap it out for a new story.

Weather permitting, the stories will be changed the first of the month, excluding December, January and February.