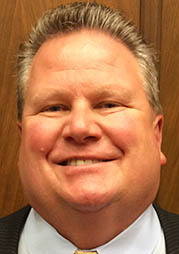 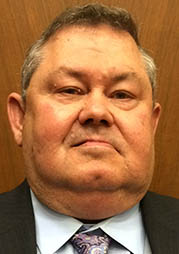 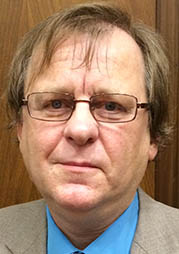 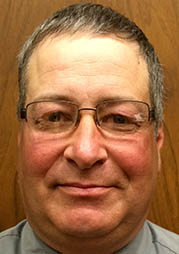 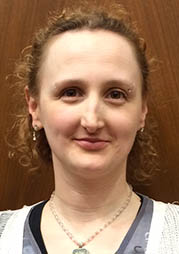 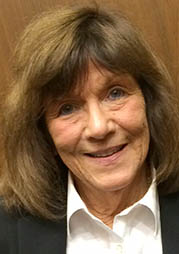 With the largest primary candidate pool in more than 25 years, the Dubuque County Board of Supervisors race will narrow considerably following the Democratic primary election on June 3.

Seven Democrats are vying for two spots on the general election ballot in November, when they will face incumbent Republican Daryl Klein and independent Otto Krueger for two open seats. Incumbent Eric Manternach will not seek reelection, while supervisor Wayne Demmer is not up for reelection this year.

Six of the Democratic primary candidates squared off during a candidate forum hosted by the League of Women Voters in Dubuque on May 20. The primary candidates largely left each other unscathed, instead focusing on what they see as the current board’s policy failures, including crumbling roads and bridges and the hullaballoo surrounding Sunnycrest Manor — the county’s long-term care facility.

Turn to Page 2A for highlights from the primary candidate forum, where the candidates answered audience questions.

Dave Baker touted his deal-brokering expertise from his years as president and business agent for the Teamsters Local 421. He’s also a retired truck driver for Flynn Ready-Mix Concrete and the former owner of Windsor Tap, in Dubuque.

Baker chided the current supervisors for their handling of Sunnycrest Manor, especially their awarding of a no-bid contract to consultant Health Dimensions Group for at least $170,000.

“I very much don’t like the handling of Sunnycrest,” Baker said, adding that every citizen he has talked to is okay with the current tax subsidy. “Outsourcing won’t work,” he said of plans to outsource laundry and dietary services. “It might look good on paper, but it won’t work.”

Baker also said the $1 million cost overruns for the Asbury Road reconstruction is unacceptable, saying that the bid was put together by the county engineer “without engineering standards.” Baker said he would hold the road department accountable if similar lapses occur again.

Tom Hancock pointed to his decades in public safety as a firefighter in and around Epworth and his years in the Iowa State Senate as providing a good background for the supervisor position.

Concerning Sunnycrest, Hancock said that budget scrutiny is necessary, but that the county “ought to be talking about raising revenue” at the facility rather than focusing primarily on cuts. He called the process toward reducing Sunnycrest’s public subsidy, including administrator Cathy Hedley’s departure, “poor governance and public policy.”

Hancock also was unhappy with what he called “substandard surveys” leading up to the Asbury Road reconstruction, and the project’s ballooning price tag.

“Roads are so critical to our daily lives and economic development,” Hancock said, adding that more should be done to lobby the state for increased funding of local projects, including along the Highway 20 corridor.

“Something has to be done by the Swiss Valley (intersection),” he said.

Jim Keene noted his long-held allegiance to local labor unions and said he decided to run for supervisor because he saw it as a way to help local residents. He is a machinist at John Deere Dubuque Works.

Keene said of the prospect of outsourcing at Sunnycrest: “Outsourcing doesn’t work. Giving up control will cost the county more.”

Concerning road projects, Keene said “overruns will happen,” but added that large overruns should be questioned more than he thinks they have been.

Keene, agreeing with Baker and Hancock who were also asked the question, said the supervisors should follow the zoning board’s recommendations, even when a rezoning request goes against the county’s “intent” behind a zoning rule. He said the board should not deny requests like that of Mark and Lorie Riniker, who are suing the board of supervisors for denying their request to build a second home on a property in rural Farley, if the request fits within the ordinance.

A carpenter and the mayor of Luxemburg, Roger Oberbroeckling said his experience with balancing municipal budgets would come in handy if elected supervisor. He also noted his experience as president of the New Vienna-Luxemburg Fire Association.

“I get down and dirty and work hard,” he said.

Oberbroeckling was the only primary candidate to defend the supervisors’ decision to award a no-bid contract to HDG. He said that it was his understanding the contract would very likely go to HDG anyway, and commended the supervisors for not wasting time on a process that he thinks would have been an expensive formality.

Oberbroeckling also lamented the current state of the county’s roads and bridges, calling the problem an “impossible cause.” He said he would like the county to continue to focus strictly on repairs rather than new building projects.

Of the candidates who opined on the subject, Oberbroeckling was also the only one to support the creation of the budget director position, saying it “keeps things neutral” between county departments.

Donna Smith is an attorney in Dubuque and a past Dubuque County supervisor. She laid into the current supervisors on their handling of several issues, especially Sunnycrest and roads budget decisions.

During her previous supervisor tenure, Smith said she worked to defend workers’ rights, get women on county commissions and increase the number of hard surface roads within the county.

“There should be no secret meetings,” Smith said, referring to the Sunnycrest taskforce committee, which met behind closed doors last year as it studied the long-term care facility’s operations and budget.

She also defended Cathy Hedley’s tenure as Sunnycrest administrator, and said she was disappointed she was no longer in charge.

Smith criticized the board for creating the budget director position, which she considered a waste of money. She said county auditor Denise Dolan should be put back in charge of managing the county’s budget.

Smith also said the supervisors should renew their contract with the Humane Society, saying the sheriff’s department should not pick up stray animals.

R.R.S. Stewart, an architectural, writing and parliamentary procedure consultant, is also the youngest primary candidate. She has served on various city and county commissions.

Stewart echoed other candidates in her criticism of the supervisors’ decisions at Sunnycrest, adding that she did not agree with most of HDG’s cost-cutting proposals except for its recommendation to reduce the number of management positions.

Stewart differed from other candidates when asked if the current three-member board is adequate. She said she would like the board to be increased to five members, given Dubuque County’s growing population. Other candidates said either they were satisfied with the current system, or would leave that question to voters.

Echoing Smith, Stewart said she would like to see the county renew its contract for services with the Humane Society, saying the lack of a contract is hurting animals.

Stewart also said she would like the board to be more consistent in its handling of public comment, and that she would be wary to continue offering tax incentives to attract out-of-state employers.

The county should focus on helping local employers to increase its tax base, she said.

Candidate Jim Specht, of Sageville, was unable to attend the candidate forum due to out-of-town commitments.