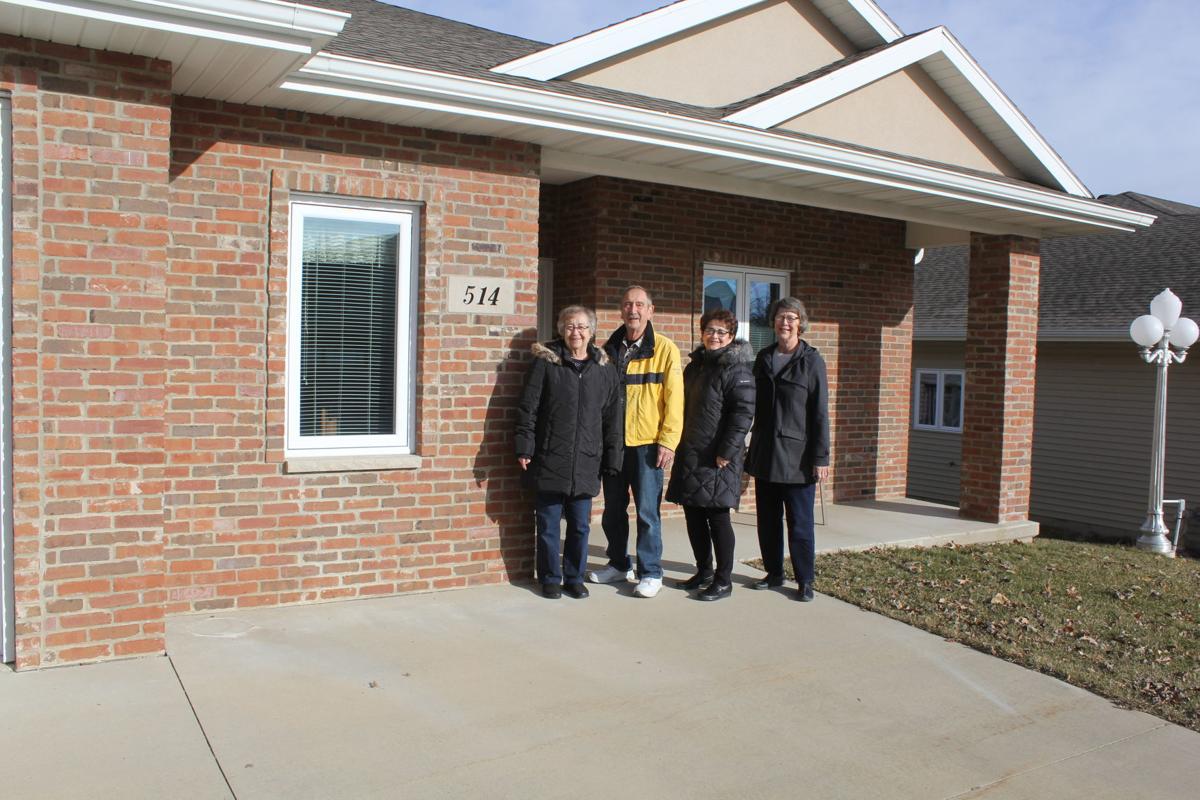 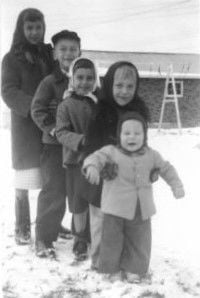 Cyril and Alvina Gassmann raised their family in Holy Cross during the mid-1950s. Six children spanning 20 years grew up in a small house located on the north side of town. They eventually spread out across Dubuque County and the country, but Father Time has brought them back together.

Jeanine Koch, Loras Gassmann, Marilyn Errthum and Karolyn Taylor all have moved into the duplexes on 8th Avenue SW in Dyersville since 2013, while their other two siblings, Stan Gassmann and Marchelle Kluesner, are only short trips away in Epworth and Dubuque.

“My husband Jerry and I have been around Dyersville our whole lives,” Jeanine, the oldest child, said. “Our first home was where Beckman’s football field is currently located.”

Jerry Koch started K&K Building in 1958. This routed them deep into the fabric of the community as he would go on to build the Country Junction, Ellen Kennedy Living Center and over 400 homes. The couple was the first of the family members to move into their new home in 2013.

Karolyn was the next sibling to make the step to become neighbors when she followed suit in 2014. She had been a lifelong resident of Holy Cross. She and her husband owned a farm on Thunder Road outside of Holy Cross. They operated the farm for 34 years before Joe passed in 2011.

“I was ready to take the next step in my life after Joe’s passing,” Karolyn said. “It was a good time and fit.”

Shortly after Karolyn, Marilyn decided to make the move. She and husband, Fritz, stuck around Holy Cross for 21 years as they worked on a farm outside of town. That transitioned to purchasing a tavern in Millville next to the Turkey River.

“It was called the Village Inn,” she said, “but after doing that for several years, we elected to sell because working 16-hour days was wearing on us.”

The couple moved into the country, down a gravel road outside of Millville, where Fritz built a log home for their family in 1989. Marilyn’s journey came with some heartbreak, as her husband passed away in 2012. She remained at the log home until 2014 but moved next to her sister later that year because the property was too much to maintain.

Loras was the final sibling to move into the cul de sac in 2019. Starting in 1967, he worked in Monticello as an accountant. He was transferred to Sheboygan, Wis., then to the state of Washington where he settled down for the better part of 40 years. There, Loras was very active.

“I climbed Mount St. Helens three times in the late 1990s and early 2000s,” he said. “I was also involved with a group called Rails-To-Trails. This group transformed old railroad tracks into biking trails.”

In his free time over the last couple of decades, he went to cemeteries and recorded gravestone information on IowaGenWeb.com. He has worked on many cemeteries in the area.

As the family has come together, they have started to recall memories they had in the past. They talked about their father converting their old chicken house to a playhouse, running on the early morning cream route with him and even times when they dressed up their little sister.

“We always used to dress up our younger sister, Marchelle, like a doll,” Marilyn said.

“We were quite a bit older and Mom used to say that our youngest sister was the greatest gift she could have ever given us,” Karolyn added.

All of them have taken different paths in life, but as time has moved on, they are back together. They go out to eat together, take day trips, have coffee together frequently, make food and have meals together.

“This is such a great place to live,” Marilyn said. “It is nice to know that we always have someone close by.”