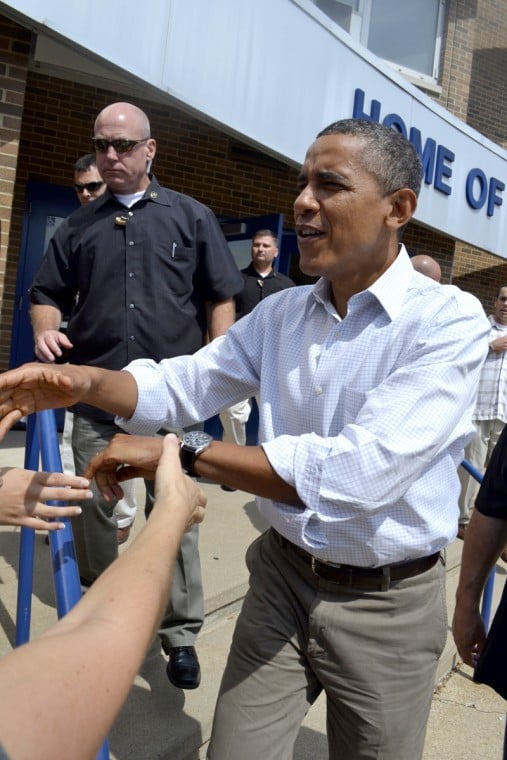 President Barack Obama meets with Cascade citizens after making a stop at CHS on his way to Dubuque on Aug. 15. 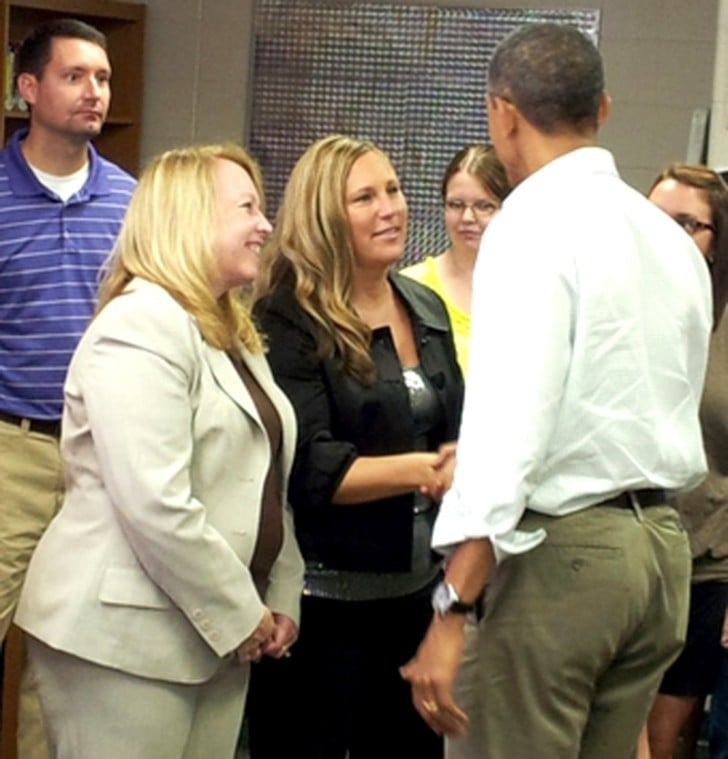 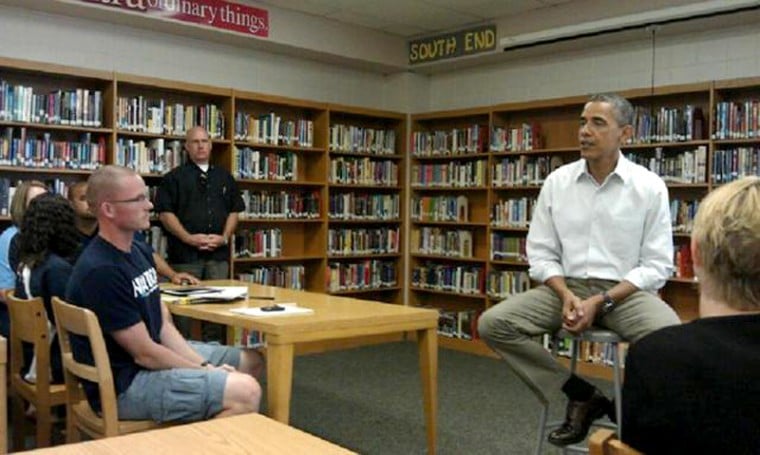 CHS teacher Jacob Brindle, left, listens to Obama within the school library. Brindle was among 50 others in the room with the president. 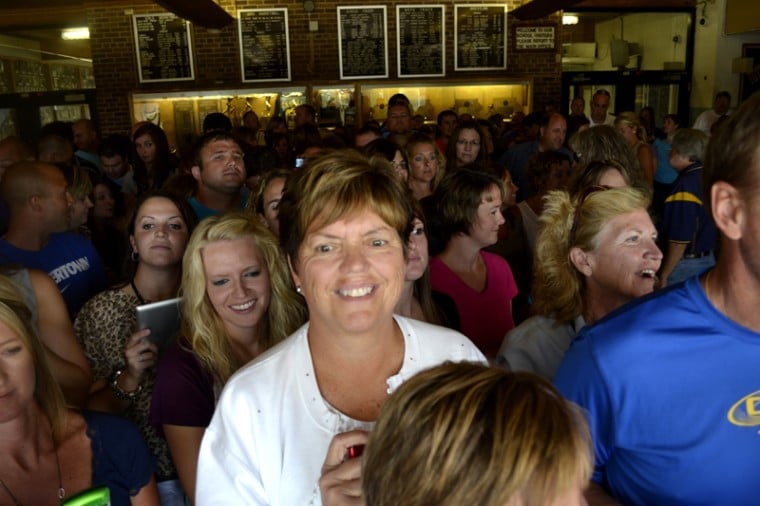 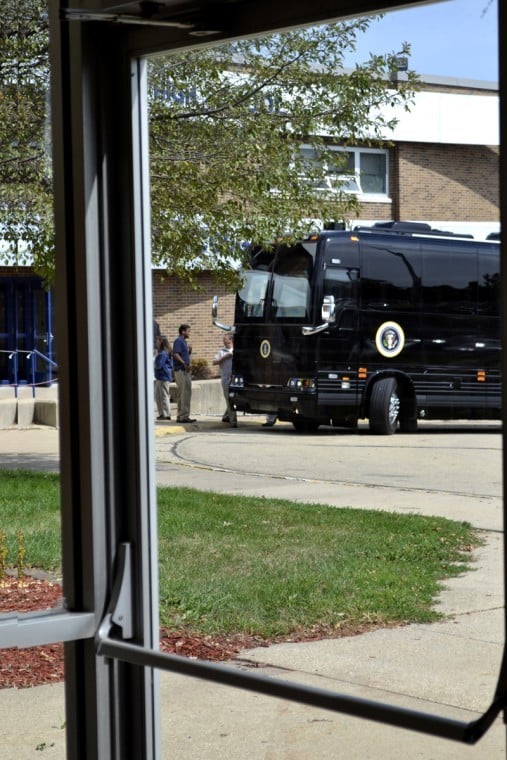 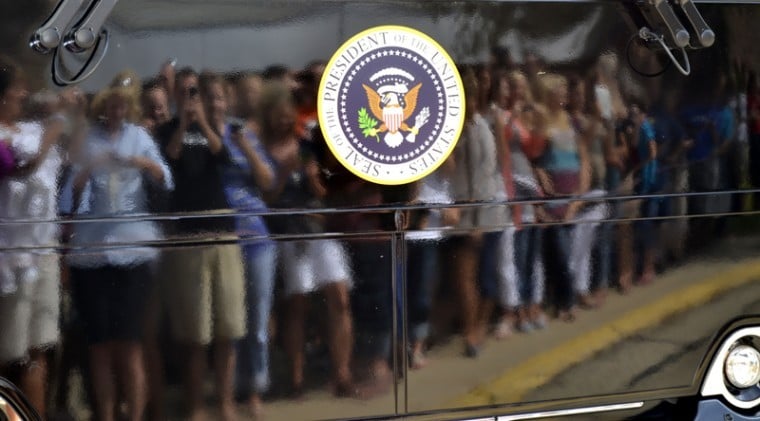 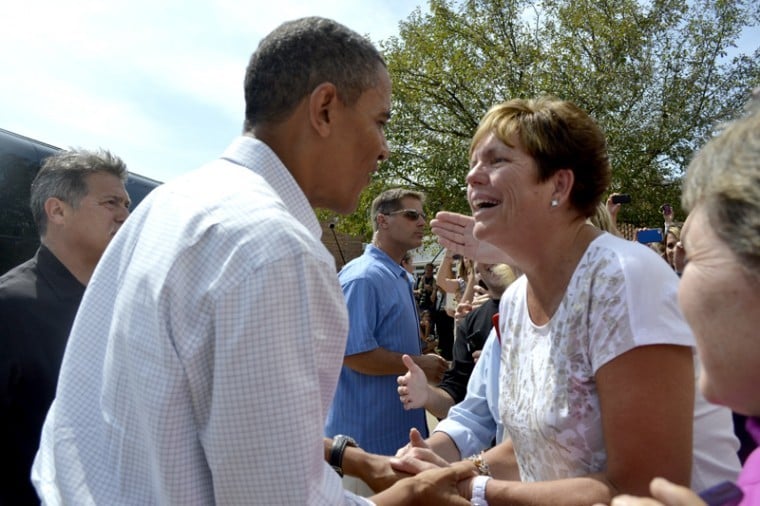 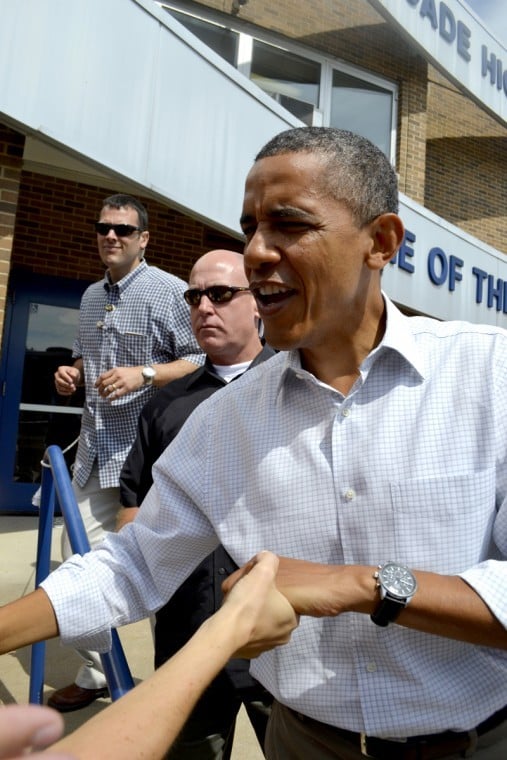 President Barack Obama meets with Cascade citizens after making a stop at CHS on his way to Dubuque on Aug. 15.

CHS teacher Jacob Brindle, left, listens to Obama within the school library. Brindle was among 50 others in the room with the president.

On Aug. 15, teachers and administrators in the Western Dubuque Community School District gathered at Cascade High School for what they all believed would be a normal in-service day. Leadership teams assembled to discuss changes and approaches to the new school year; other staff prepared presentations to discuss policy changes and the like.

Everyone knew that U.S. President Barack Obama was in the area en route to a campaign stop in Dubuque that afternoon. But, some said later, they only jokingly admitted how exciting it would be if the leader of their nation suddenly showed up on campus.

“All of a sudden, (Superintendent Jeff) Corkery leaves in the middle of one of the presentations,” recalled Jacob Brindle, a CHS English teacher and member of one of the leadership teams. CHS Principal Greg Vander Lugt followed Corkery outside, where a man wearing an earpiece (believed to be a Secret Service Agent) was briefing other school administrators.

“That’s when we said, ‘Hey, something could be happening,’” Brindle said. “Obama could be here.”

Twenty minutes later, Brindle and roughly 50 others were seated several feet away from the Commander in Chief himself.

“It’s sort of like a Wizard of Oz moment,” Corkery said. “The tornado hits and then boom, it’s all over.”

In days leading up to the president’s Iowa tour, Corkery said he was in discussions with White House officials about the possibility of Obama stopping by. Cascade was among three high schools the president reportedly contemplated. Since CHS was hosting its in-service briefing, Corkery felt there was a good chance Obama would pick his school to speak directly to teachers.

But no one could predict exactly where Obama was heading.

After Corkery received the call that the president was coming, he had 20 minutes to round up WD staff and turn the building into a safe venue. With hundreds of staff on campus, only a select few could hold an audience with Obama.

Those chosen to be in the room weren’t officially told Obama would see them. They were guided outside of the school and herded into the library.

The rest of the school waited outside the main entrance. It was there where Obama’s motorcade and campaign bus were parked for the duration of his visit. Across the street, a small crowd gathered to see what was happening.

Inside, Obama fielded questions about public education, student loan reform, undocumented immigration and shared his thoughts about the importance of teachers in American society. For 30 minutes, WD district members listened with unfiltered access. Brindle described the moment as “surreal.”

From the first call to Corkery until the last car in the motorcade left the CHS lot, the whole ordeal lasted roughly an hour. Obama took his time to shake hands and greet the outside spectators as he made his way to the bus. When he left, the crowd dispersed.

Some, like Cascade teachers Gloria McLaughlin and Kay Hoffman were seen dancing on the steps of the library entrance. They were among the lucky to be allowed a presidential audience.

“We weren’t prepared for this at all,” McLaughlin said. “It was so cool.”

Hoffman added, “He started and ended the conversation by thanking the teachers. It’s just amazing that he would take the time to visit our school.”

Photos and autographs will commemorate the day, while others said they hope to turn the historic moment into a teachable moment for students in 2012.

“I teach seniors particularly,” Brindle said. “Obviously, this is going to be a conversation starter on the first day of school. A lot of my students are going to be voting age for the first time.”

Although he teaches English, Brindle wants to use this as a chance to form, what he called, “civic literacy.”

Before he left, Obama left his signature on a brick above the door leading out of the CHS library. The note, dated 15 August 2012, portrayed Obama’s message for his 2012 campaign: “Dream big dreams.”

For Corkery, it was a time to set aside politics in order to address a man who deals with world leaders.

“Things happened so quickly,” Corkery said. “From him notifying he was coming, to him actually showing up, meeting people, to watching secret service quarantine the area. Anytime a school district gets the opportunity to host a sitting president, you welcome him with open arms and listen to what he has to say.”

He added that for future in-service days, this one will be tough to beat. Corkery believes this is the only time an in-office president visited Cascade or his district.

“Words can’t express the excitement and how proud our people were to have had the opportunity to host the president,” Corkery said.