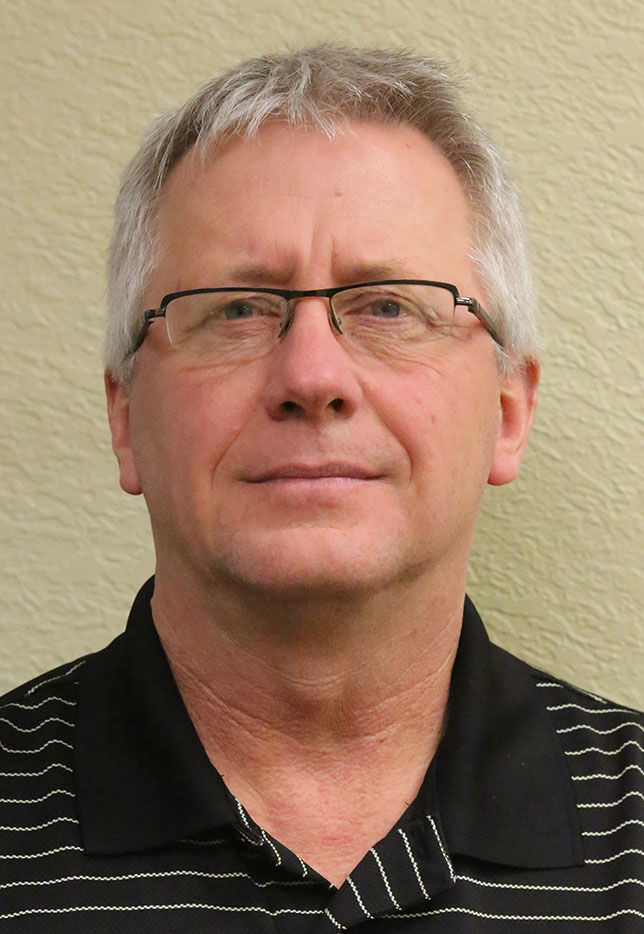 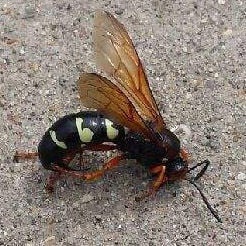 About three weeks ago, I noticed a small mound of dirt in my front yard resembling a miniature gopher mound.

I did what anyone not fully understanding the insect world would do. I flattened the mound and ignored it. When it returned the next day, I did the same thing.

That was a foolish thing to do. Within 72 hours of ignoring the initial sign that something was amiss in the Putz yard, I had 17 mounds in my front yard. Upon closer examination, I noticed a rather large, ugly-looking insect flying in and out of the mounds.

An investigation via the internet told me that my front yard was now home to a community of digger wasps. These particular digger wasps are known as cicada killers. I found out that the wasps burrow tunnels several inches in length. They then go out in search of cicadas. The females paralyze the cicadas with a sting and then carry them back to the burrow, where they then lay their eggs on the cicadas. When the eggs hatch, the larvae feast on the cicada that mom has left for them.

It was while reading about the fate of the cicada that I thought about reincarnation. If it is possible to return to some other life in a new body after one dies, how bad of a person must you have been in your previous life to come back as a cicada?

Now that I knew a few things about the wasps, it was time to act. I needed to get rid of them. I figured enough chemicals applied in ridiculous amounts would do the trick, but I really didn’t want my lawn resembling Love Canal.

So I did the next best thing. I went back to the internet to look up ways to rid myself of these flying giants.

One site said ammonia or hot water poured down the holes in copious amounts would do the trick. So I called my neighbor Josh, and we went to work.

The trick was to catch the wasps in their holes at night after they have had a hard day of cicada hunting. So at 10:30 p.m., with Josh armed with a flashlight and a tennis racket and me with a jug of ammonia, the hunt was on.

You may ask why Josh brought a tennis racket. Apparently the females will not attack and sting humans unless they become highly agitated. Not surprisingly, the ammonia being poured on them made the wasps highly agitated.

Over the next couple of days, we tweaked our process of wasp removal. We incorporated the use of spray can wasp repellent. One type didn’t work at all. Josh covered a couple of wasps with the spray only to see them fly off. I’m pretty sure one of their wings was raised in a sort of one-finger salute to us. But the other spray acted as wasp kryptonite and killed them.

That ended the wasp problem. That is, until today. I’ve discovered four fresh mounds in my yard.