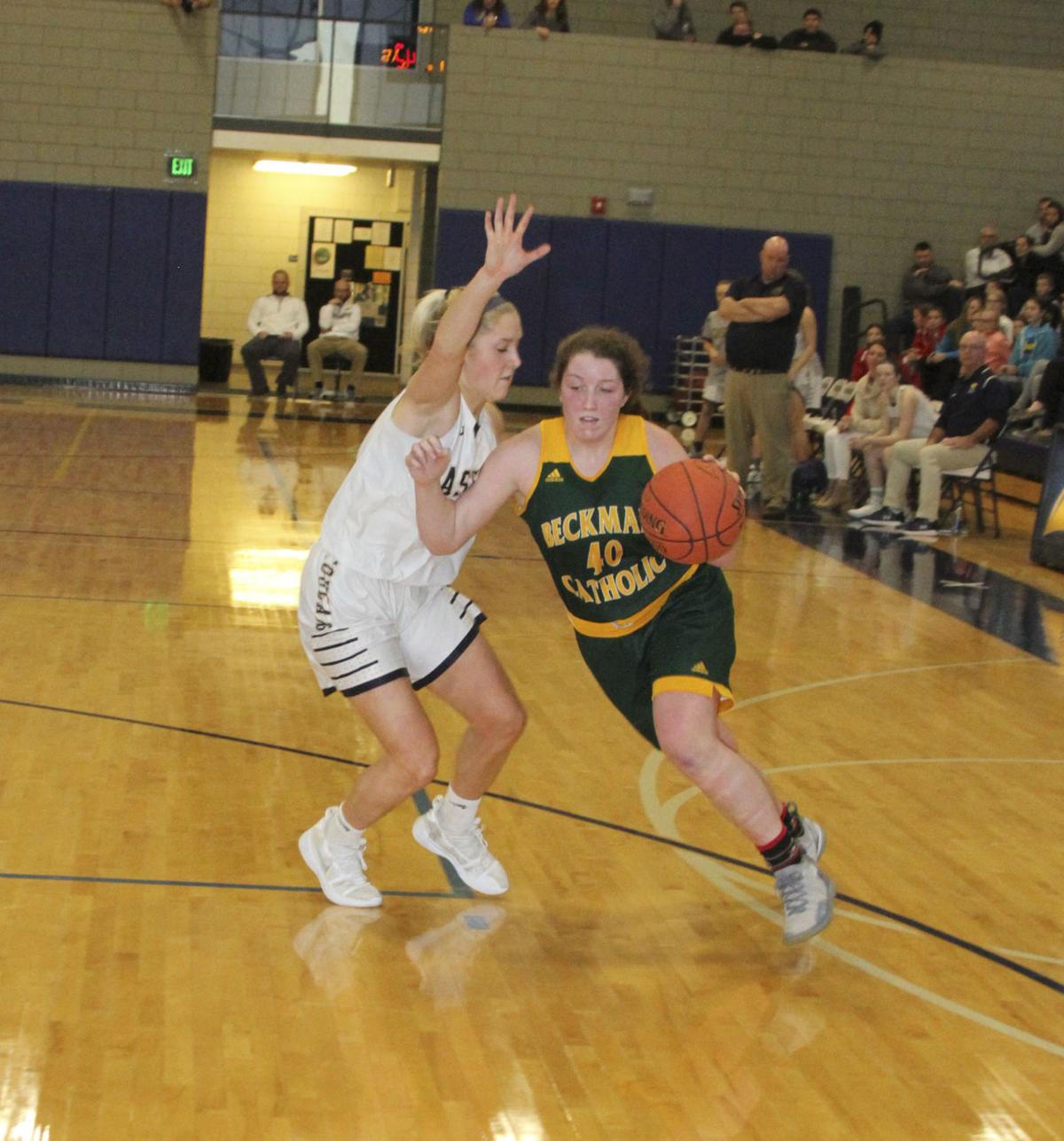 Kennedy Arens works to get past Cascade’s Ally Hoffman. 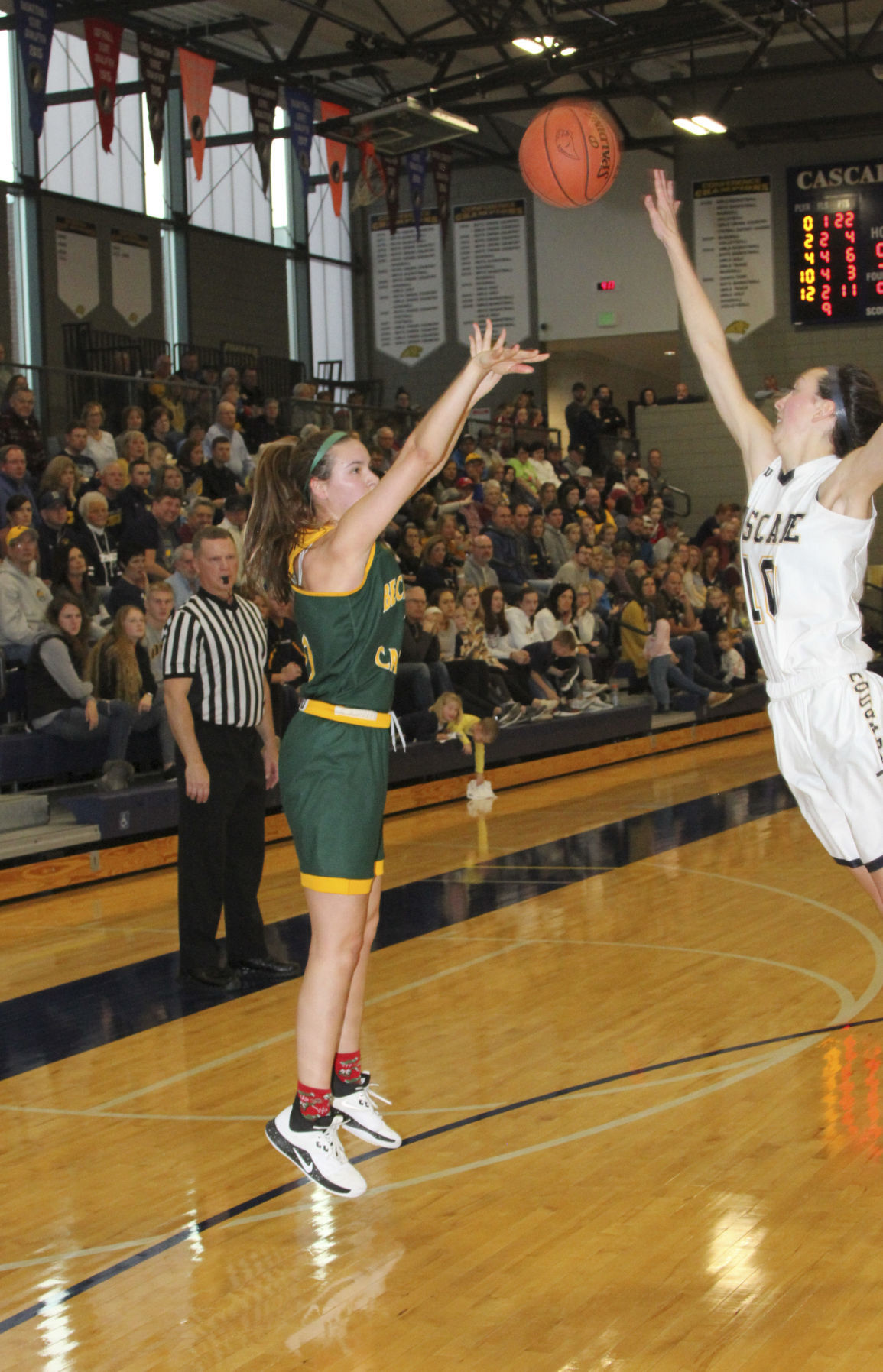 Lauren Osterhaus puts up a shot for Beckman.

Kennedy Arens works to get past Cascade’s Ally Hoffman.

Lauren Osterhaus puts up a shot for Beckman.

Back-to-back games Dec. 20 and 21 handed the Beckman girls’ basketball team double losses. The first came on the road at Solon, 54-47, and Cascade defeated them the next day there, 60-48.

Solon built its seven-point lead in the first half, up 30-23, and the Blazers couldn’t cut that down before the final buzzer.

Coach Chad Thomason said, “We fought hard in this one. We kept getting close and then they would hit a big shot. We need to do a better job of attacking the basket with purpose. We shot 11-of-28 from the paint. We can’t win games like that.”

In the game Saturday, the Cougars didn’t look like the number one-ranked team in Class 2A for the entire first half and well into the second. The Blazers built an 8-5 lead in the first quarter and were up even more by halftime, 30-24. The margin began to dissipate in the third when the Blazers were held to four points and trailed, 36-34, to enter the fourth.

“We fought hard and hung with a terrific Cascade team,” added Thomason.” If we score more in the third quarter, we have a chance at the end. We just got stagnant and didn’t attack. Bad turnovers hurt us too. But I’m happy with our effort.”