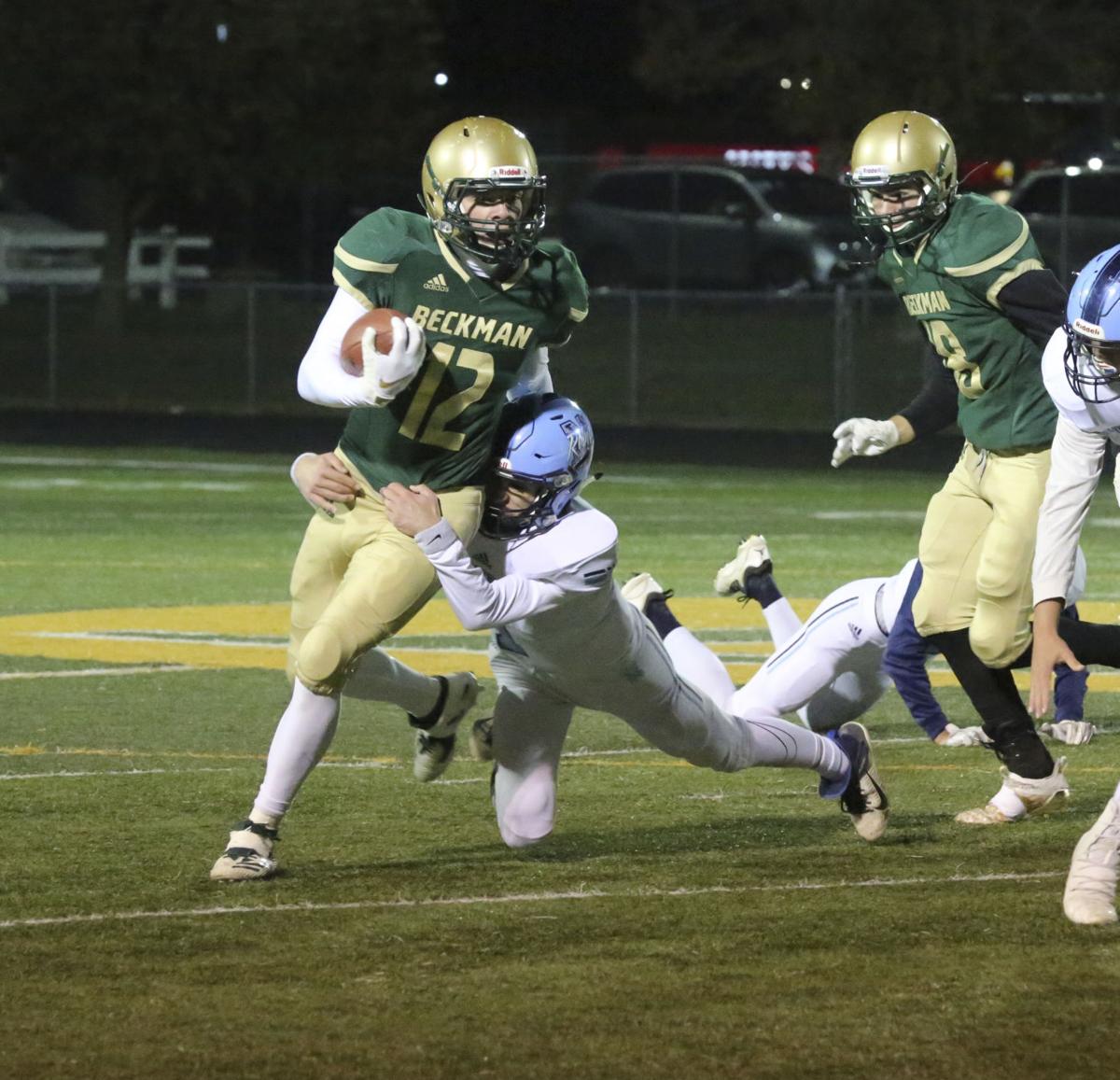 Nick Offerman runs around the end and picks up a Northeast tackler. 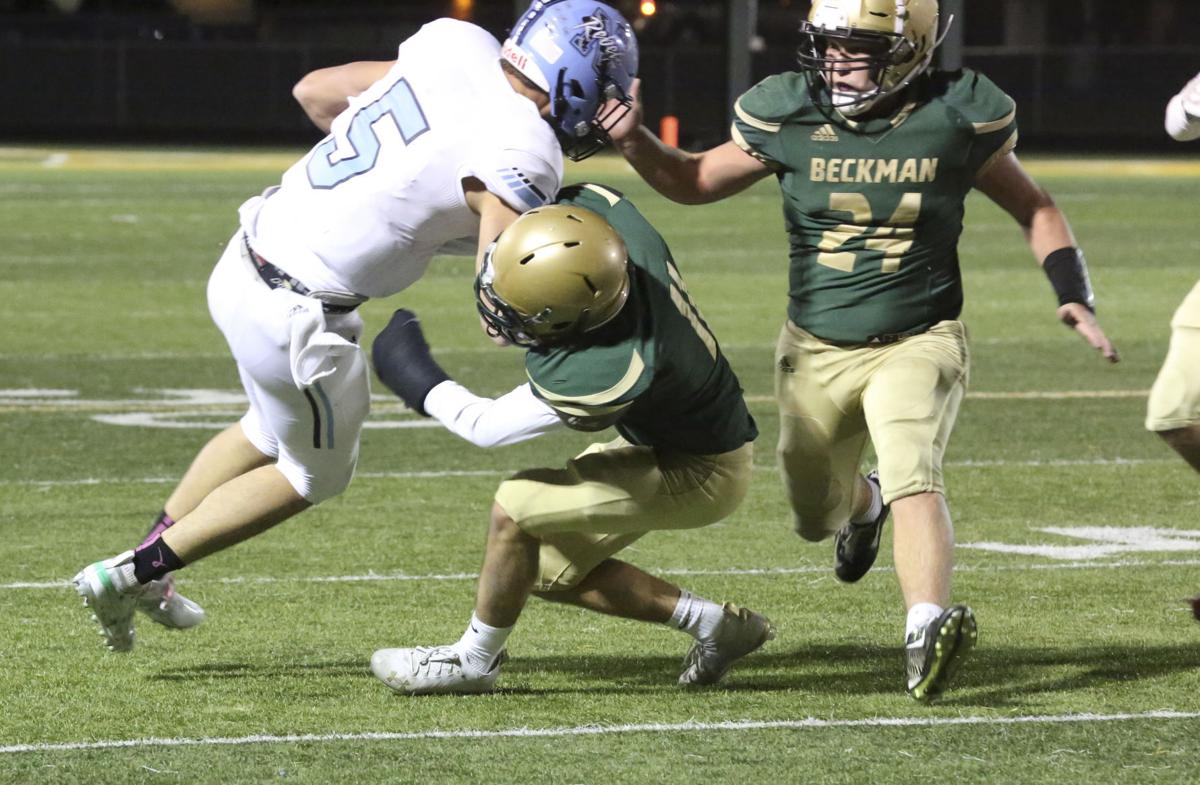 Northeast quarterback Cade Hughes is brought down by Luke Schieltz and Owen Huehnergarth (24).

Nick Offerman runs around the end and picks up a Northeast tackler.

Northeast quarterback Cade Hughes is brought down by Luke Schieltz and Owen Huehnergarth (24).

A very methodical, business-like game Oct. 16 gave the Beckman football team its first win in the new post-season, 28-6, over Northeast.

Even though this post-season seems to be replaying the match-ups from the regular season (Blazers topped Northeast 37-7 on Sept. 11 and qualified to meet Durant again, victims of a 24-17 win from the Blazers Sept. 25), it was still necessary to win this game to advance.

From the first possession, the Blazers were in control. They stymied Northeast on their first series and turned around to march downfield in seven plays, breaking Nick Offerman open for a 37-yard ramble and a 7-0 lead midway through the quarter, when Logan Burchard hit the first of four PATs.

On the Rebels’ next series, they were again forced to kick, but a bobbled catch by Trent Koelker gave them new hope at the 36-yard line. Still, the quarter ended with them forced to punt again after advancing just three yards

This time it took the Blazers just two minutes to score, on a Cayden Gassmann run of 44 yards and a 14-0 lead.

That’s the way it held to halftime, the teams trading kicks and possessions.

Koelker fielded the opening kick of the second half and needed just 13 seconds to sprint 85 yards downfield for the third Blazer tally, making it 21-0. That set up the Rebels’ longest possession of the game, a full nine minutes and 14 seconds, that eventually advanced them to the 14-yard line before they failed to convert a fourth-and-six when quarterback Cade Hughes was stopped behind the line.

The third quarter ended with the ensuing Blazer possession beginning on their own 10. Fifteen plays later, Offerman was picked off to end their scoring threat, but the Rebels couldn’t move the ball, forced to punt.

On the Blazers’ first play from scrimmage at midfield, Offerman found Eric Heinrichs open for a 48-yard score and a 28-0 lead with a little over five minutes left in the game.

The lone Rebel tally came with 37 seconds left on the clock, a Hughes to Carter Pataska pass for 35 yards.

Coach Mark Atwater commented, “We were just excited to get a win against these guys. We had a lot of things go wrong but we found a way to win. There were a lot of self-inflicted things that held us back but we were able to overcome them and put the Rebels away. I wish it looked a little different but at this point in the season, you can’t be worried with how it looks, only that you got the win.

“I thought our defense played well but we just kept them out on the field way too long. Our offense also was really able to move the ball when we had it.

“We have another great match-up with a good team in Durant. We know we will have to play much better to continue to advance in the playoffs.”