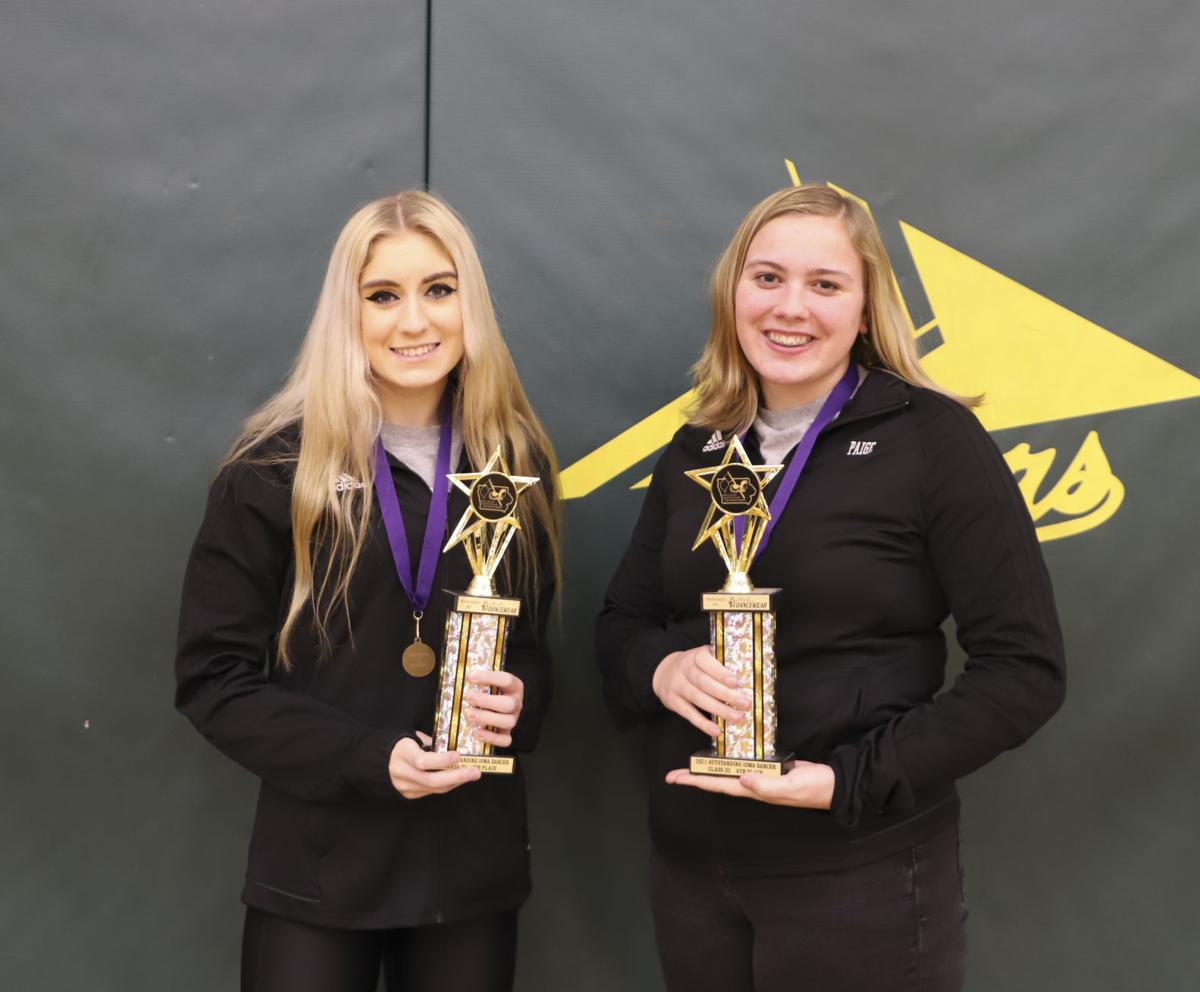 When results from their appearance at the Iowa High School State Dance/Drill Team Association’s (ISDTA) state competition was announced Dec. 5, the Beckman team found out it earned a third-place finish in Class VI Pom.

The Blazers competed at Wells Fargo Arena in Des Moines Nov. 18 when all routines were recorded and then later judged. All teams found out their state placements via an ISDTAlivestream event Dec. 5.

Coach Kaylee Ungs was pleased with the results. “This team has so much to be proud of this year. They dealt with starting the season late and, of course, COVID-19 and quarantine issues for the first couple of months.

“First, we were just so happy that we got to make the trip to Des Moines to compete at Wells Fargo Arena.

“As their coach, I could not be more proud of their performance. It feels great to walk away with a third-place trophy because we were up against some very tough schools this year.”

Soloists Paige Ungs and Leah Krantz both finished in the top-10 in Class III.

“The soloists did a great job as well. Class III was an extremely difficult class this year. To finish in the top-10 is a great way to celebrate their hard work,” concluded coach Ungs.

Krantz placed fourth with 283 points, just six behind the winner, Jordan Douglass from Panorama. Ungs was eighth with 269.5.