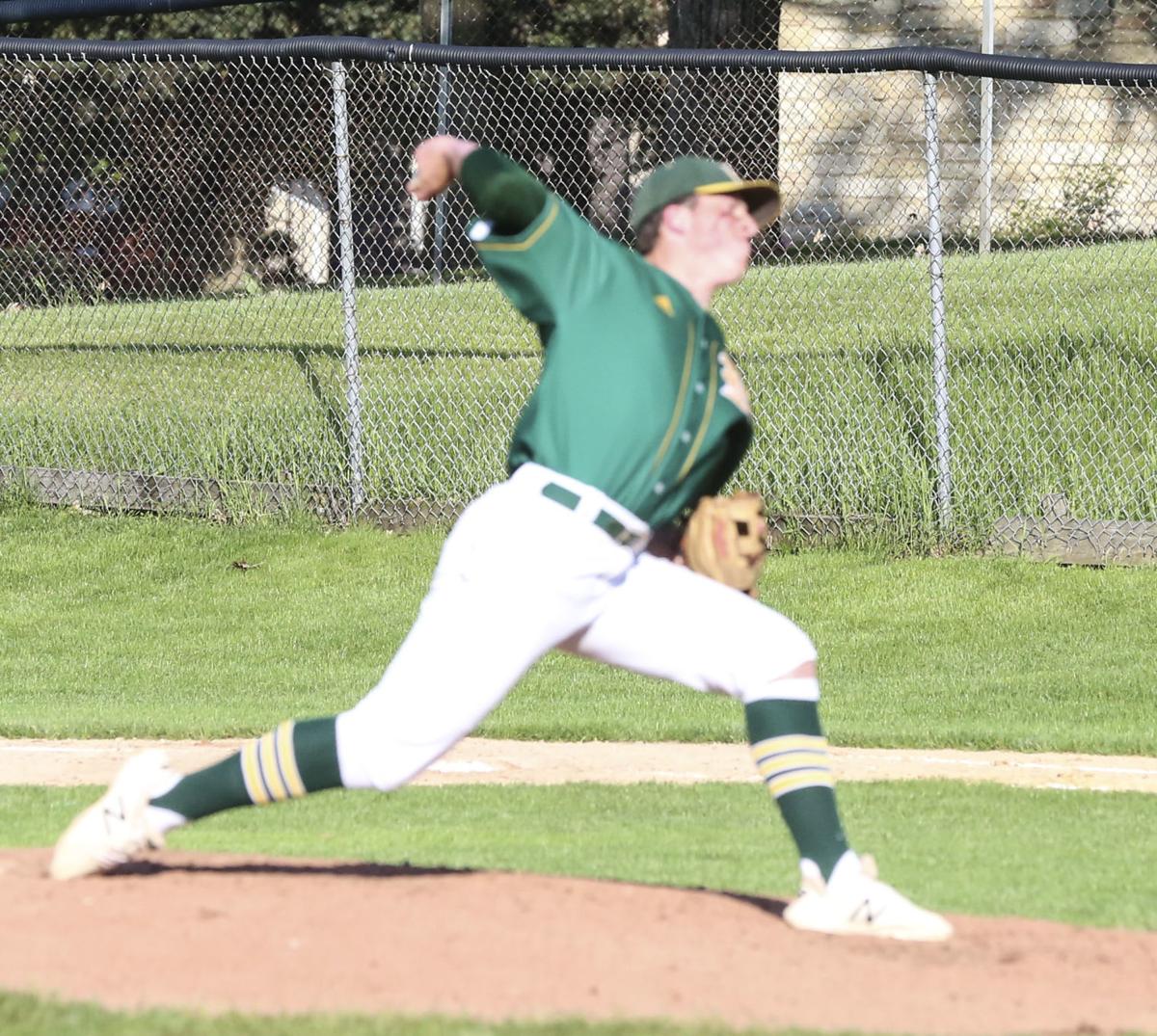 Seamus O’Connor took over pitching duties during the Blazers’ win over Williamsburg May 30. 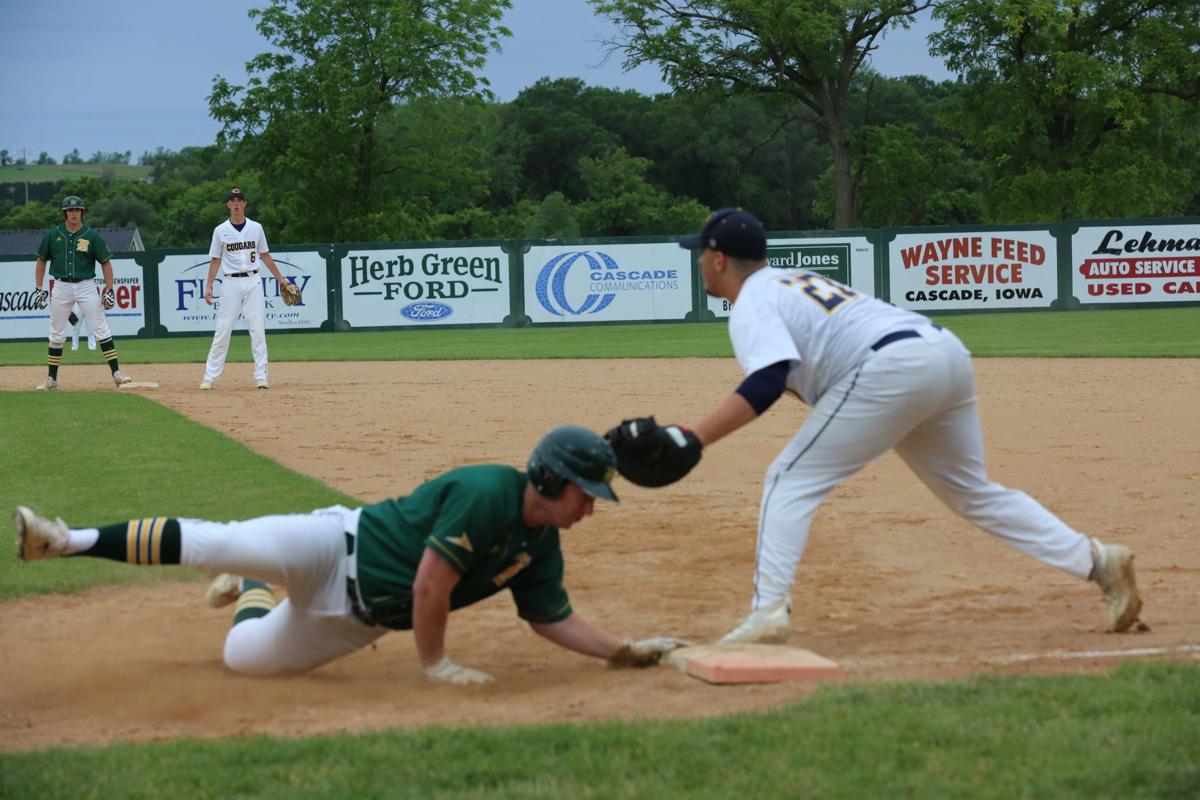 Brock Marbach gets back safely at first base despite Kaleb Topping’s best effort. 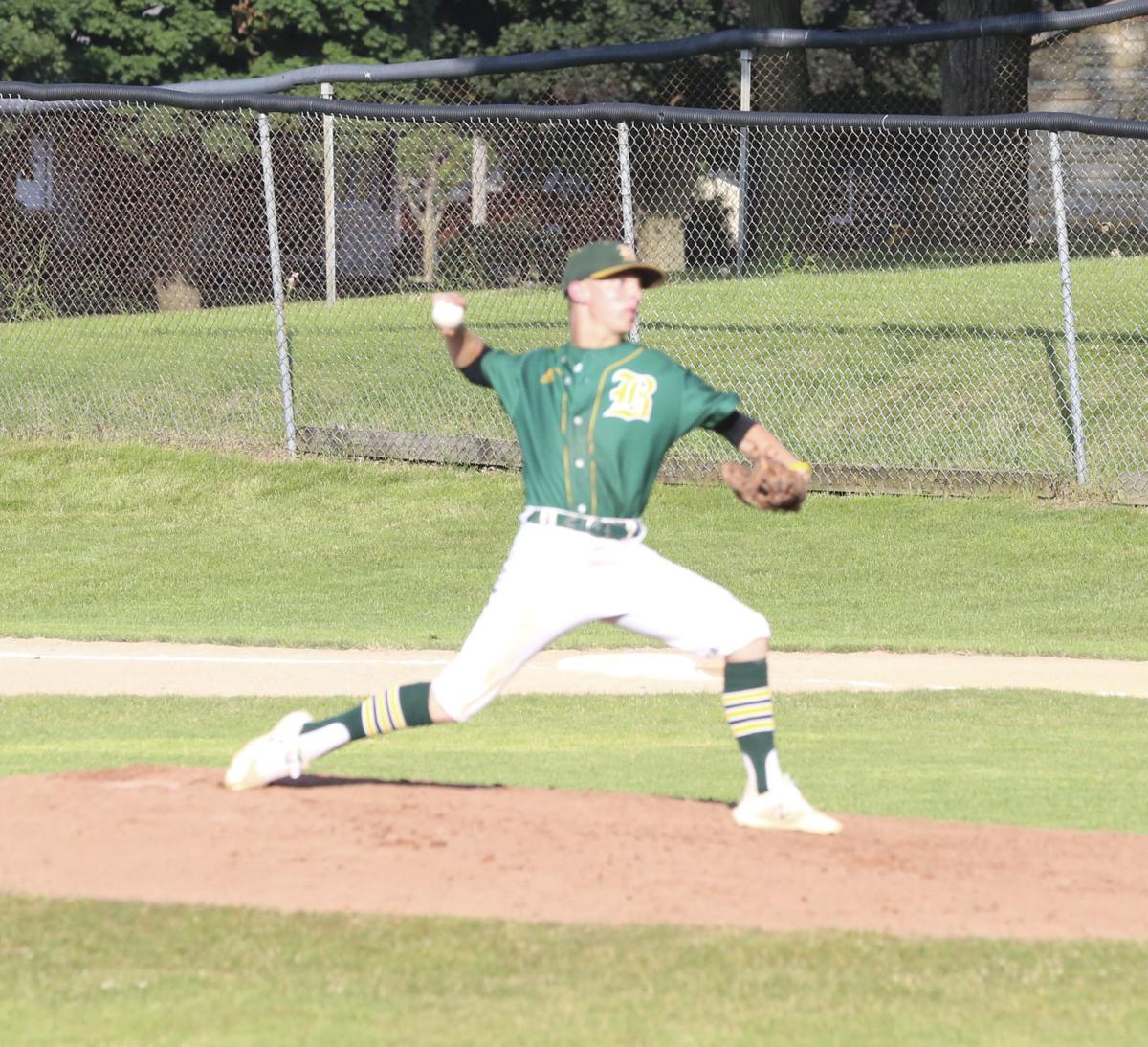 Seamus O’Connor took over pitching duties during the Blazers’ win over Williamsburg May 30.

Brock Marbach gets back safely at first base despite Kaleb Topping’s best effort.

Those seniors included Owen Grover, Seamus O’Connor, Shawn Deutmeyer, Brock Marbach, Matt Stelken, Carter Petsche and Grant Rausch. The crew led team stats pretty much across the board, giving the returning players something to shoot for next season.

Deutmeyer was a go-to hurler for the Blazers, throwing 46 1/3 innings and building a 5-2 mark with 35 strikeouts. He was also effective at the plate, getting 37 hits and scoring 20 runs with 24 RBIs and a .346 batting average.

Stelken controlled the plate as catcher and did come in eight times to pitch. He also hit four doubles while batting .231.

Petsche was the number one pitcher for the Blazers, amassing an 8-2 record through 63 1/3 innings, fanning 84 batters and working to a 1.88 ERA. Despite batting ninth in the order, Petsche scored 28 times and recorded 25 hits, three doubles and a triple.

Rausch subbed at second base at times and got a couple hits in limited times at-bat.

“All seven seniors had a big part in our wins this year and they will be missed,” coach Fred Martin said.

“Our record was better than I thought it was going to be this year. After losing the pitching we did from 2018, I didn’t know where the wins were going to come from. Meeting a goal of that many wins was a key highlight of this year, especially starting the season so strong (10-2) and beating some top-quality teams to do it (North Linn and Western Dubuque),” Martin added.

“But our goal, one we have every year, is to get to state and in that we didn’t succeed. We didn’t finish the season as strongly as we should have. There will be a lot of positions that need to be filled next season.

“Gosh, it seems that kids are being pulled in so many directions now they don’t just focus on baseball like they used to. In the spring, four sports are going at once, baseball, golf, track, soccer, and not too many guys can do all of them well. That’s the thing that probably scares me as much as anything about the future of the sport. We still have a lot of good young athletes and the ones that will work the hardest will be the ones who play the most. But someone once told me ‘You’ve got good athletes, what’s the problem?’ I answered, ‘Give me a baseball guy anytime over an athlete. We can still train an athlete but someone who loves baseball the best is still the one who will produce the most.”