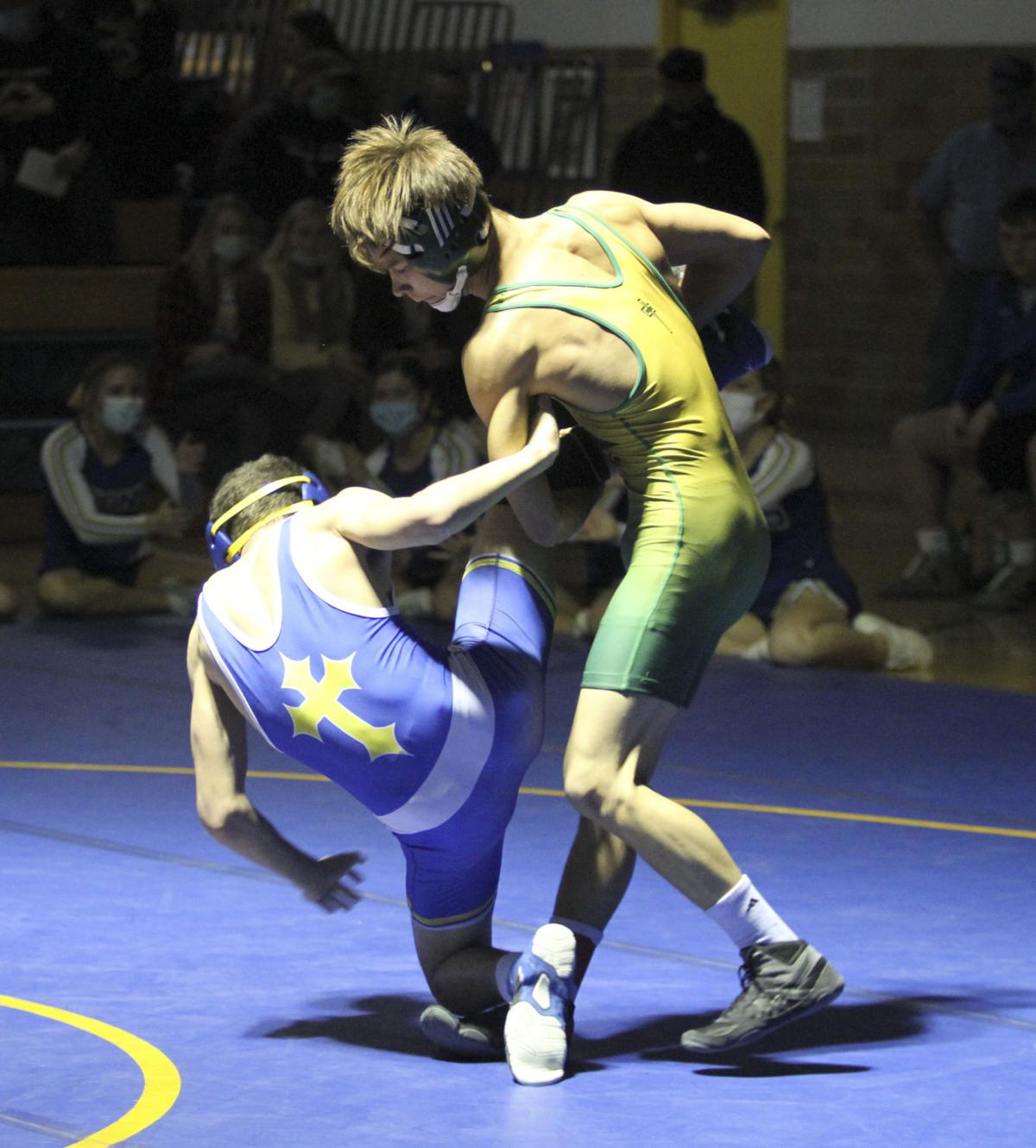 The win over S-K was a revenge of sorts, for the football defeat suffered at their hands in late October. Several of the Blazers were on that team and got wins over their opponents.

Recker got one back over Landon Fernandez (1:39) before Grover and Funke went down (2:59, 0:25). Huehnergarth battled to an eventual 3-0 decision to Cedric Yoder.

Coach Steven Lueck added, “The battle with Sigourney was a good one and got a measure of revenge for some of the guys. The football game was kind of a motivator. The night went pretty much as we had expected. Don Bosco is a program we aspire to become in the future. It will be nice to catch them sometime.”