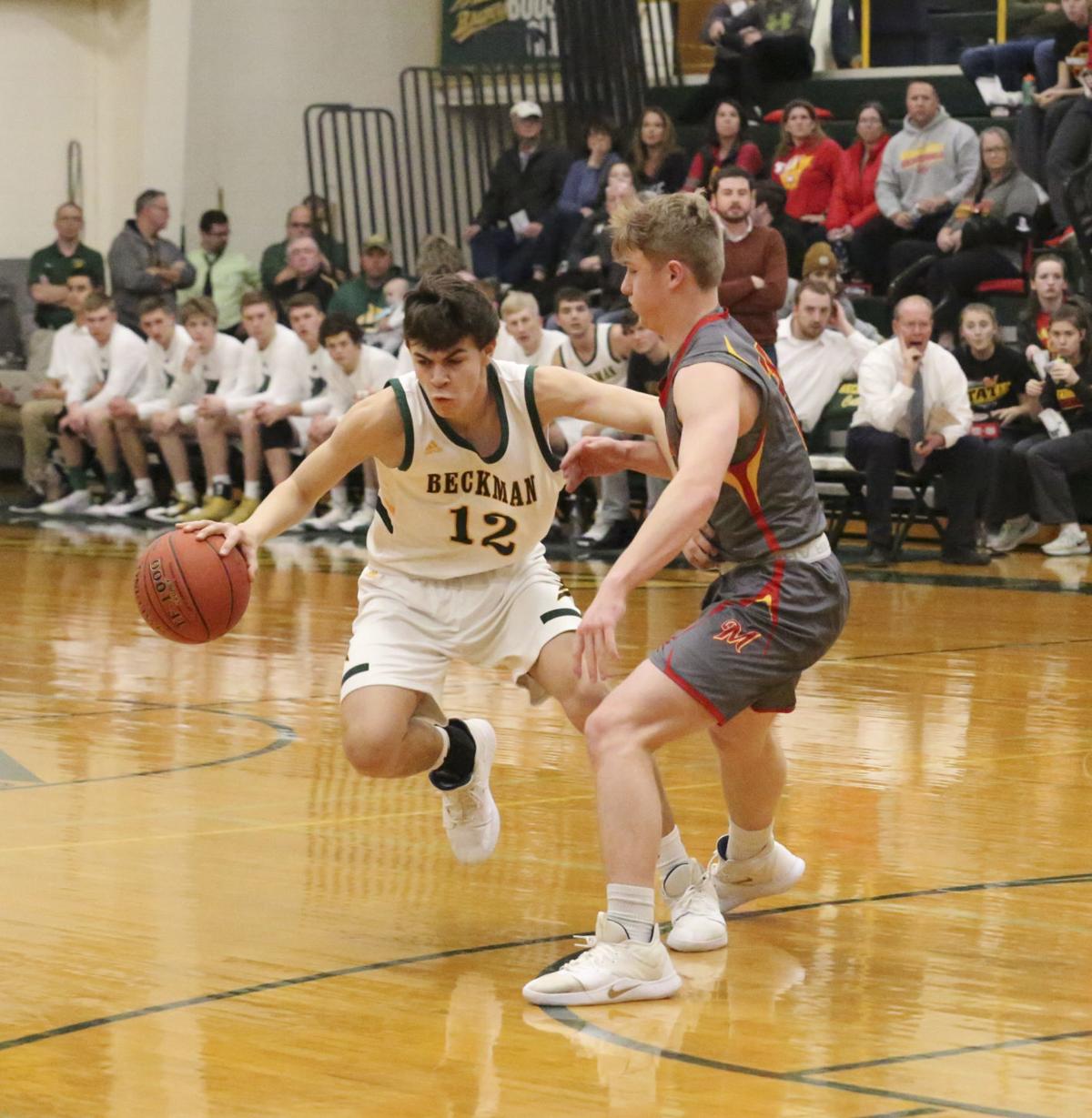 Mason White drives to the basket. 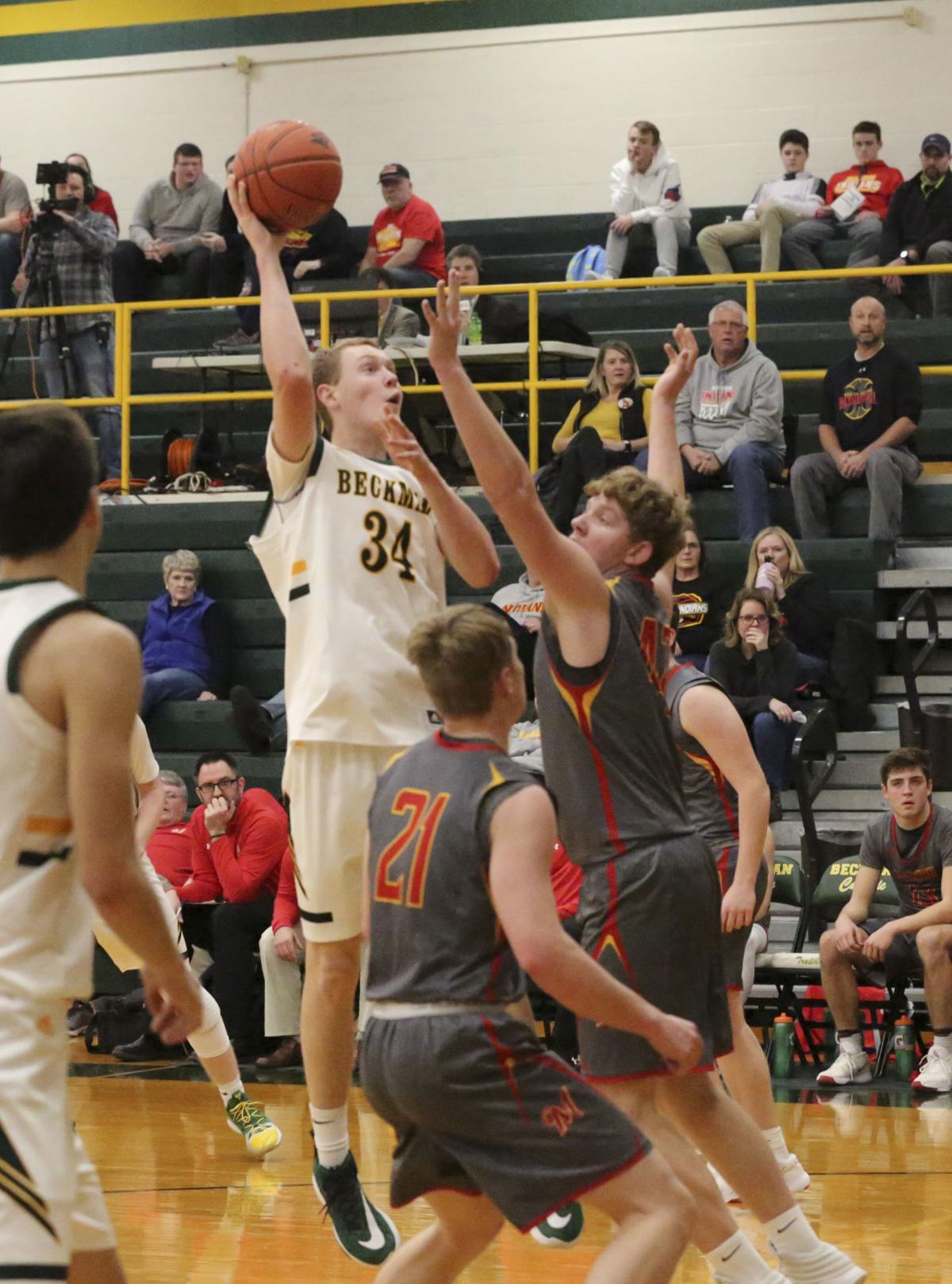 Jack Gehling puts up a shot against Marion.

Mason White drives to the basket.

Jack Gehling puts up a shot against Marion.

At Mount Vernon, Jan. 13, the Beckman boys’ basketball team showed everyone how tough it is. The Blazers handed the Mustangs a 71-59 defeat, adding to their own 8-1 season mark, after facing their first loss of the season.

The toughness meter came early in the game. Beckman trailed Mount Vernon by as much as 12 points in the first quarter but cut it to five by the break, 15-10. A 22-point second quarter built a 32-29 Blazer lead by halftime. They outscored the Mustangs 18-14 in the third quarter and 21-16 in the fourth to secure the win.

Coach Michael Molony added, “This was our first weather-related schedule adjustment and there were a lot of outside distractions. This was the best team we were set to face so far in the season and highly rated in 3A. It was imperative for our guys to ignore all that and focus on our gameplan.

“We got out to a great start but saw a strong Mount Vernon push through the end of the first quarter. We really locked in from there on, attacking the basket and holding them to one-shot possessions. While our defense was not quite up to our normal standard in the fourth quarter, we were able to still outpace them with some of the best offensive production I have seen from this group. We did a great job attacking the basket in the second half and shot 16-of-22 from the field.

“It was an impressive team with various players in double figures. Competing with a top team in the conference shows the true capabilities of our team on both ends.”

The very next night, the Blazers faced off at home with the Marion Indians and their three-point shooting attack. A last-second trey from their Jaffer Murphy handed the Blazers just their second loss of the year, 62-60.

Three Indian threes paced them to an 11-3 first-quarter advantage early and put them up 17-9 at the quarter break. Then it was time for the Blazers to run. White’s quarter-opening trey was the first of eight points that brought the Blazers within 20-17. Even though the Indians answered with a mini-run of their own, it was 26-25 Indians at halftime after the Blazers built another stretch of points to end the half.

In the third, the Blazers outscored the Indians 23-14 to lead 48-40 at the break. The only trouble was it all came down to that final play. After the Blazers edged ahead 60-59 on a Keegan lay-in with 20 seconds to go, the inbounds play saw the Indians race down the floor for a three from Will Henderson, negated when his coach called timeout just before the shot. Following the break, they inbounded again, bobbled the pass but saw it roll into Murphy’s hands for the final shot, with two seconds showing on the clock. A last-second attempt from Keegan hit the back of the rim.

“This was another great team coming into our gym the night after Mount Vernon,” said Molony. “It was a tough challenge for us to play with a zero-day game scouting plan/game plan we had to implement. Marion provided a totally different set of challenges with multiple players capable of scoring 15-plus points in any given night. We knew we had to step it up on the defensive end more than the night before with more tired legs than normal. It was going to require a collective mental toughness we haven’t really had to use yet. It was a great atmosphere for a game but sadly we were out-executed the final three minutes and gave up the lead we are used to holding.

“We really did a great job after the first quarter adjusting defensive matchups and defending the three-point line. Marion is a great shooting team and, going in, my hope was to keep them under 33% from that line. They were at 50% for the first half, but not until that last three landed, did they get back over 33% (after they were below it) in the last half. It was a tough ending for us as play ended with a loose ball where we were first to the floor but the ball just seemed to bounce their way the final three minutes. They hit numerous timely shots that needed to get the win and for that, you have to tip your hat and learn from it.

“I can’t credit our guys enough, especially Mason and Jack (Westhoff) battling injuries in the game to gut it out. They showed a real toughness to play back-to-back nights and continue to compete against two ranked 3A teams. We can’t let the result get us down. We played a good enough game to win but just didn’t make as many plays, something we need to continue to earn. We are still competing for the top of the conference and our District assignment is about to come out as well. We know we are due to win one of the close games, we just need to finish one.”