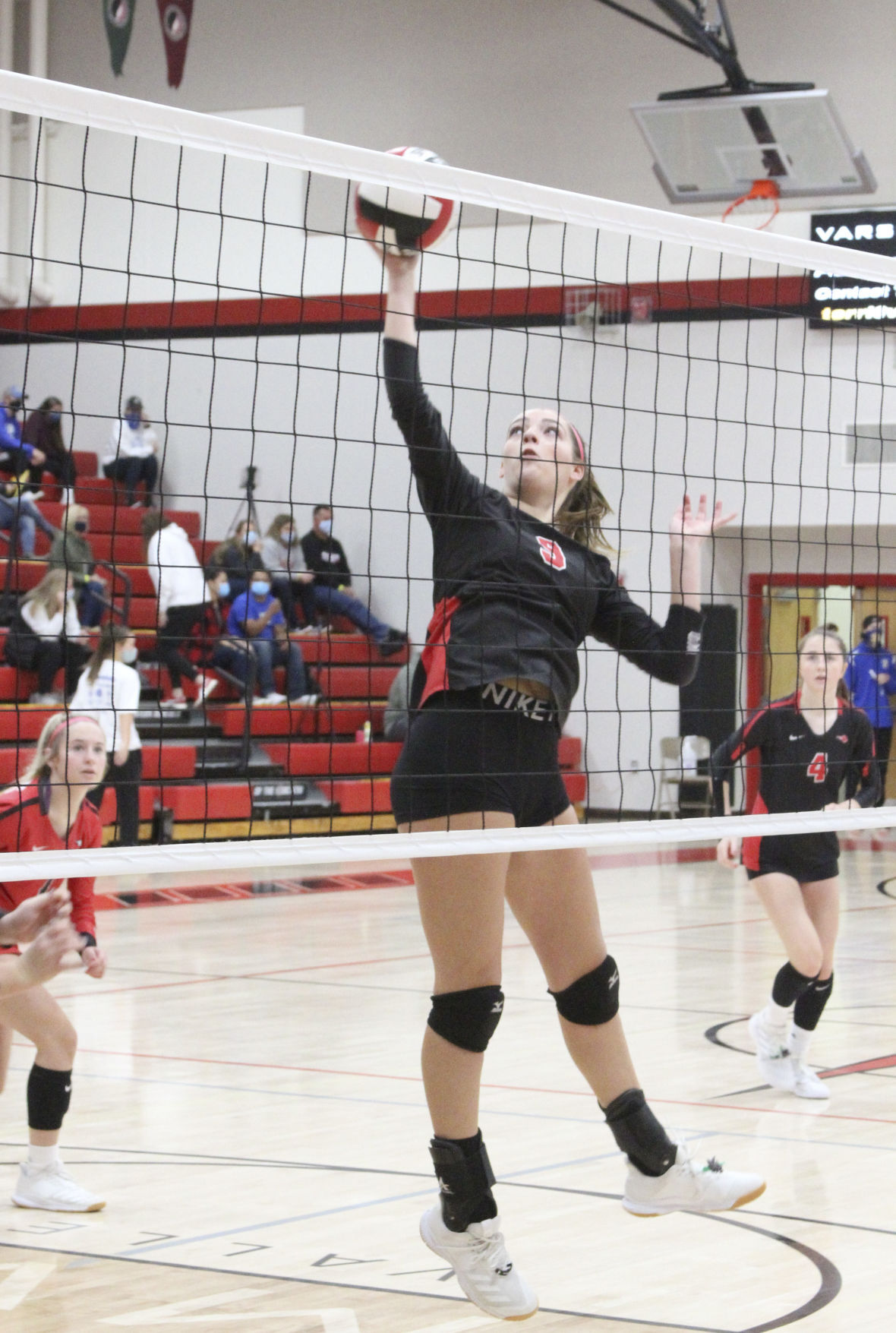 Maci Steffen hits the ball over the net during the Bobcat Invitational, Oct. 3, in Epworth. 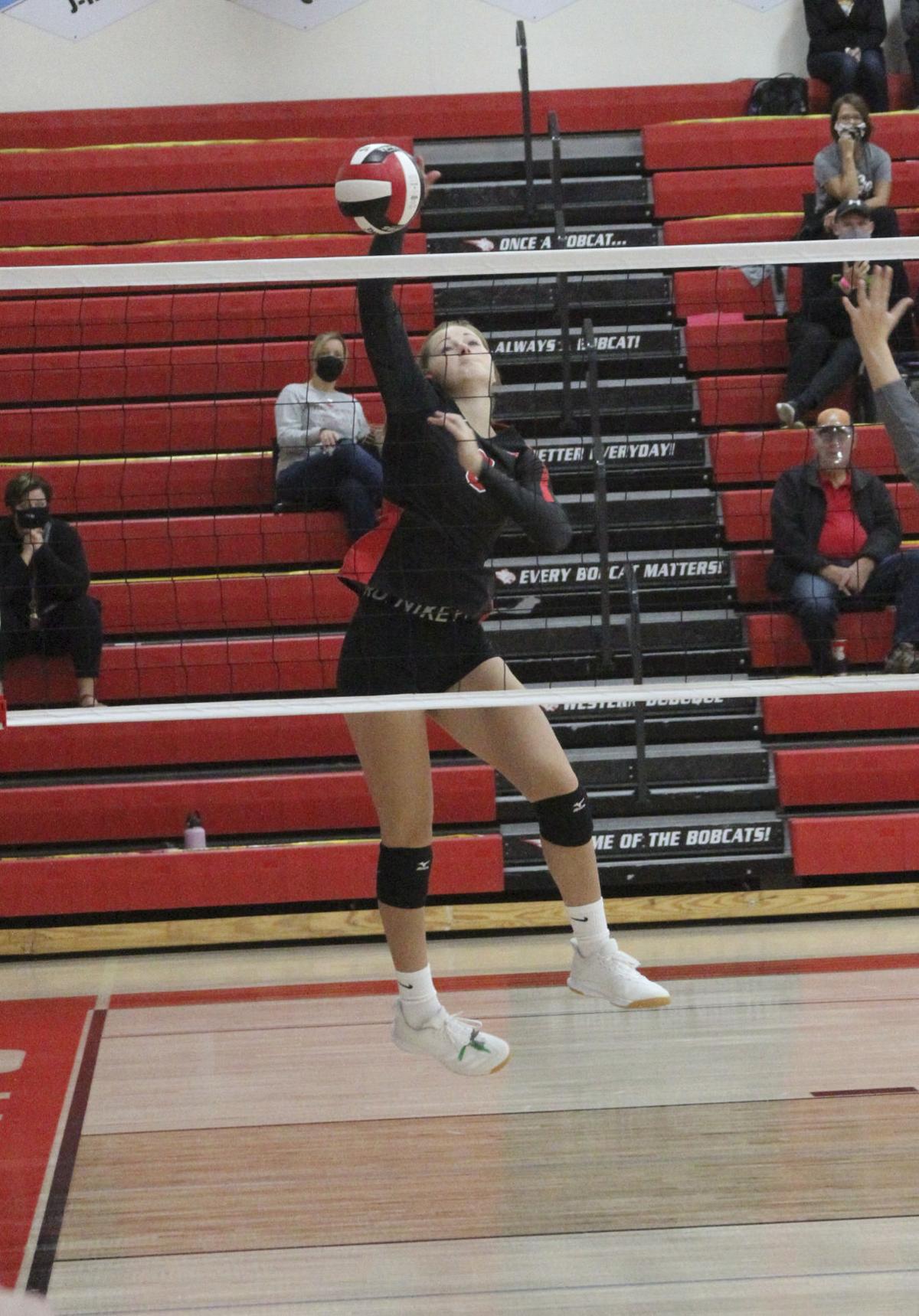 Maci Steffen hits the ball over the net during the Bobcat Invitational, Oct. 3, in Epworth.

Now that the gang is back together, they are ready to roll.

That’s the feeling in the Western Dubuque volleyball team’s locker room after Meredith Bahl was back in uniform after going down with an injury Sept. 3 and Maddie Harris returned after time in quarantine.

Bahl was back in the starting line-up in the Bobcats’ Mississippi Valley Conference clash with Linn-Mar when they disposed of the 14th-ranked team in Class 5A in three quick sets (25-14, 27-25, 25-20) in Marion Sept. 29. Madison Maahs was busy spreading the ball over the court and slowly eased Bahl back into the Bobcats’ offensive plans. Meg Besler’s right arm stayed active as she blasted away for a team-high 19 kills, but Bahl wasn’t far behind, credited with 12 kills in 27 swings with just one error.

“Getting (Meredith) back out on the court helps us so much. We have so many big-play offensive players on the court and that makes us hard to cover because we can attack in so many different ways,” said an excited Megan Scherrman, the Bobcats’ head coach. “Having (Meredith) back just gives Maddy that confidence if she gets in trouble she knows, back row or front row, that there is somebody she can get the ball to. So confidence-wise that just helps everybody out.”

Bahl stayed active on the defensive side of the net racking up two solo blocks and had 11 digs. She was also a perfect 15 of 15 when serving. Maahs was the team leader in the digs department with 17, followed by Besler with 12. Ella Meyer was 14-of-14 when serving while Maahs served three aces and Natalie Ulrichs two.

Harris received her clearance to play just in time to be active for the Bobcats Invite Oct. 3. With all the girls back on the court, the Bobcats breezed to wins in their opening two matches of the tournament, two-set wins (21-7, 21-7) over Tipton and Davenport North (21-13, 21-7) to finish off their early morning action.

However, it was clear to see that these girls are happy to be back together on the court. They were having fun playing volleyball and reacting to powerful kills by Bahl and Besler and everybody else who earned a point.

“This is a group of girls who have played together for a long time, so when one goes out it’s hard for them, but they are so excited to finally have everyone back and playing together again,” said Scherrman. “It’s October now so we have to be ready to play. Right now we’re really focusing on getting into and staying in a rhythm on our side of the net. We also have to make sure every team earns their points against us. That’s going to be the big thing going into the postseason.”

The Bobcats are now 15-8 for the season and 5-1 in conference play.