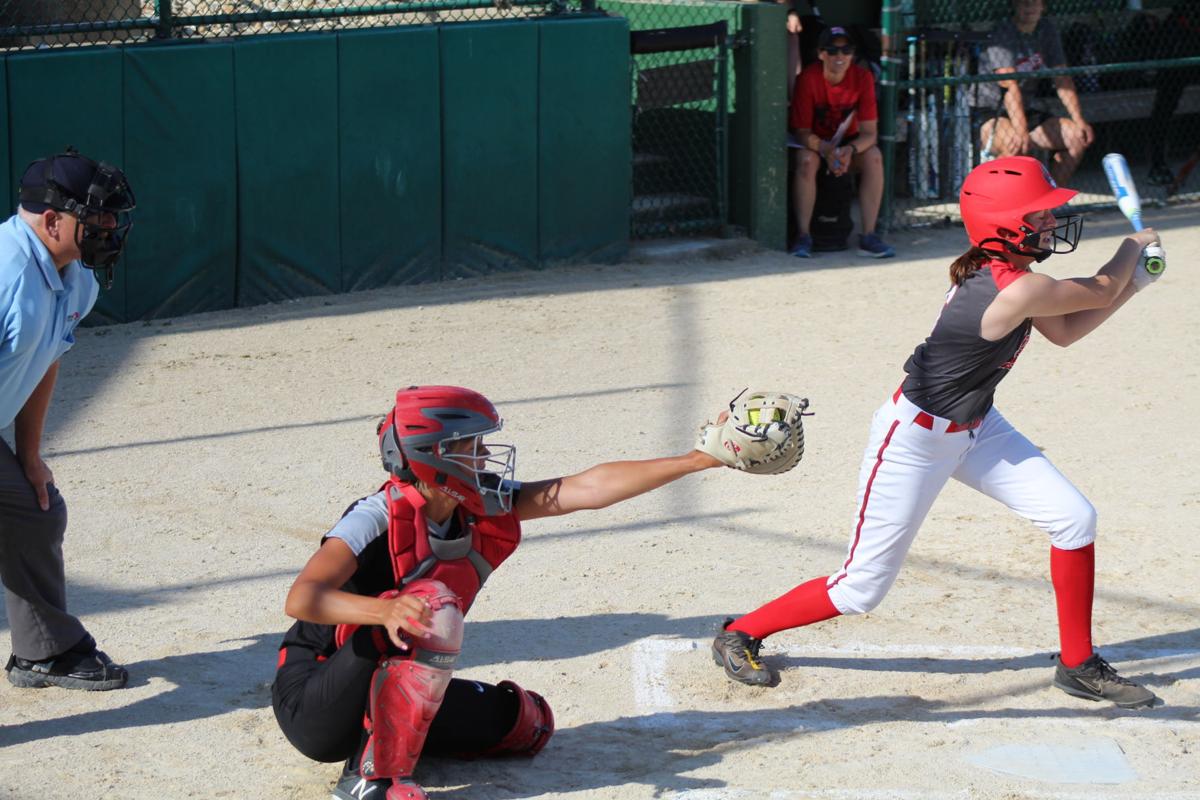 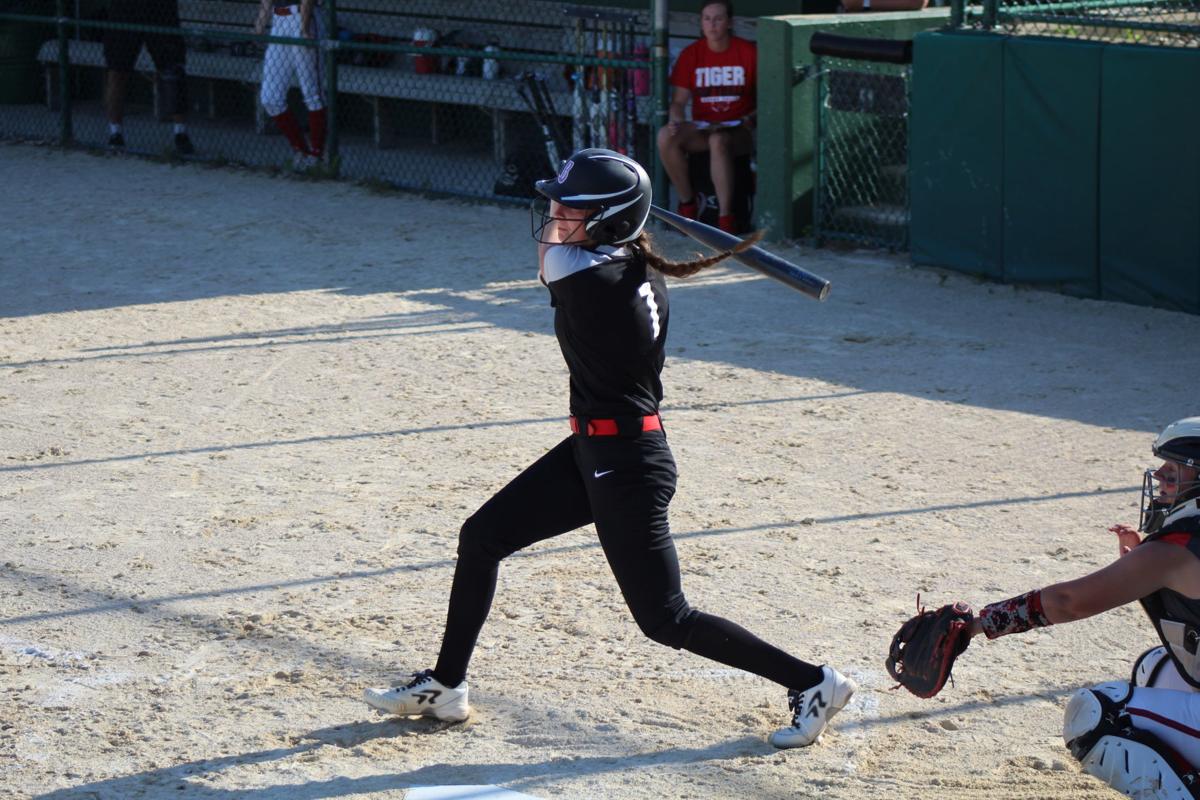 Sydney Kennedy takes a hack at a pitch against Cedar Falls, June 25. 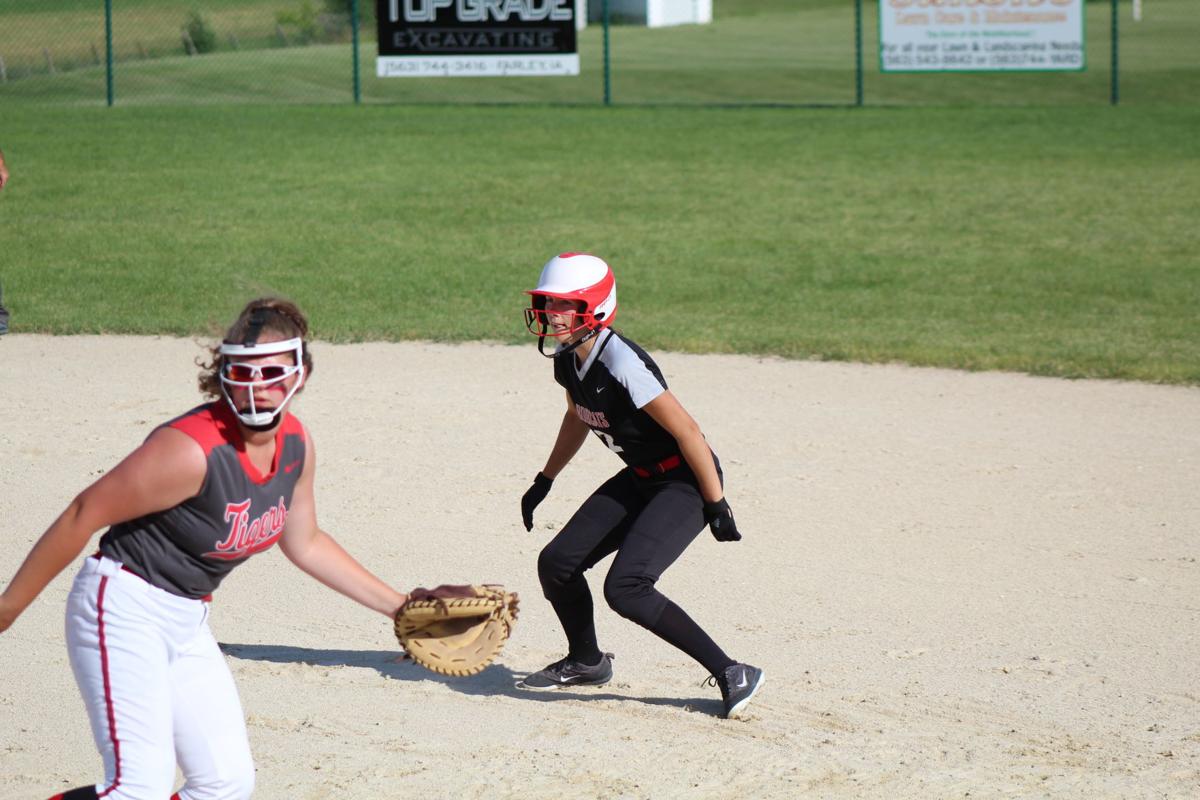 Sara Horsfield gets a lead at first base. 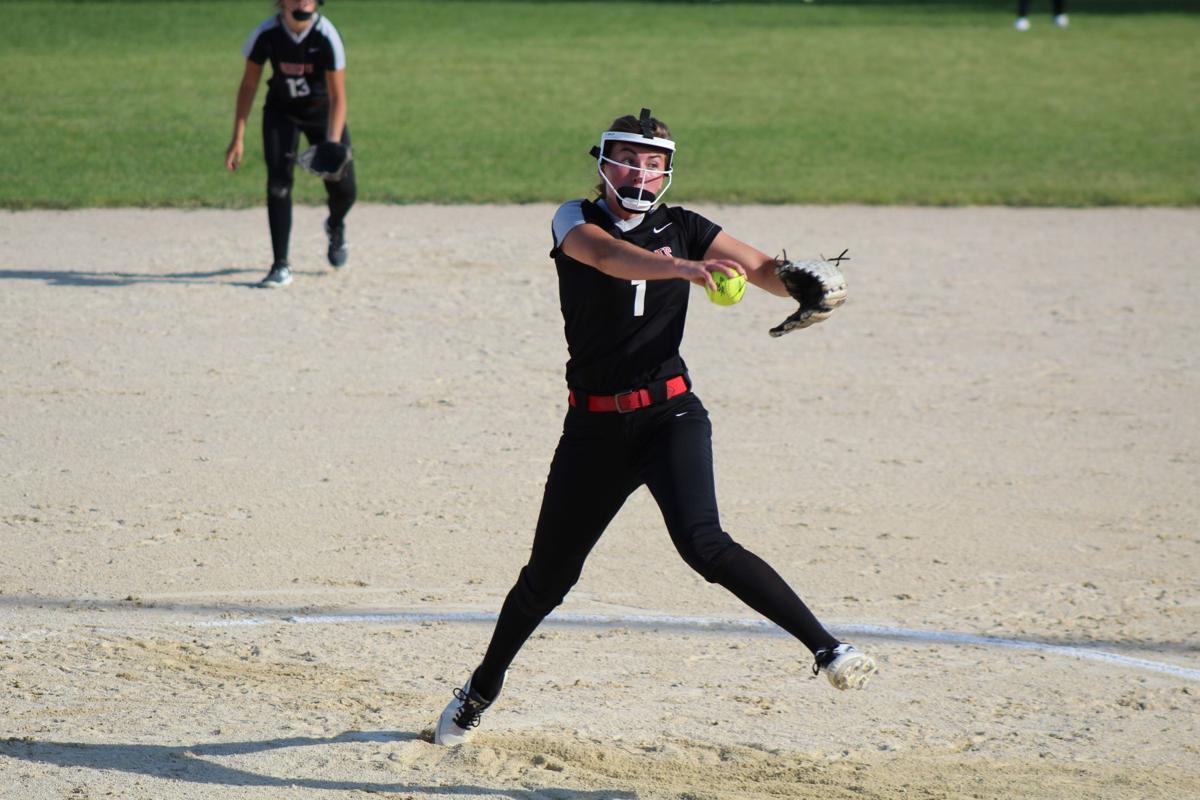 Sydney Kennedy gets ready to fire a pitch. 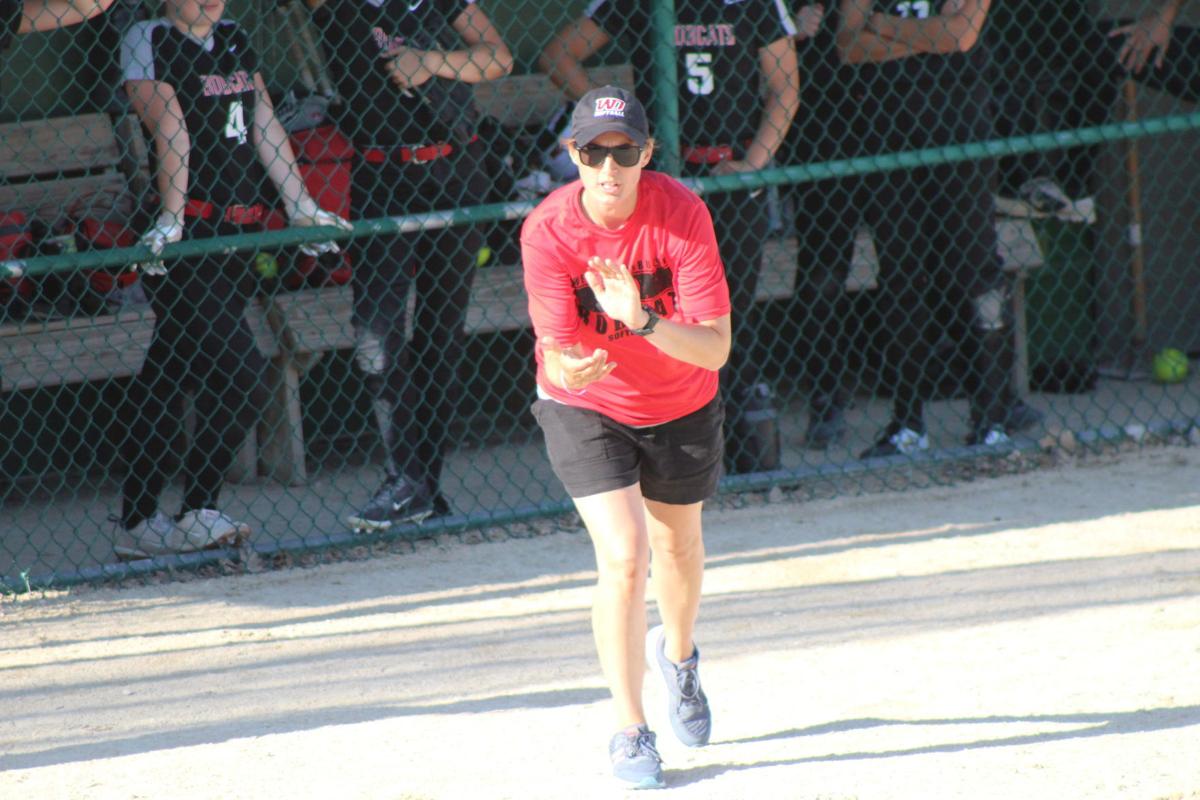 Head coach Rachael Neal encourages the batter at the plate.

Sydney Kennedy takes a hack at a pitch against Cedar Falls, June 25.

Sara Horsfield gets a lead at first base.

Sydney Kennedy gets ready to fire a pitch.

Head coach Rachael Neal encourages the batter at the plate.

June has come to an end and Western Dubuque’s softball team sits with the fourth-best record in the Mississippi Valley Conference. These young Bobcats have gotten off to a hot start thanks to some stellar pitching early in the season. Two doubleheaders were on their schedule last week and they were able to sneak out three wins.

June 23, the Dubuque Senior Rams traveled to Farley. Senior Hallie Wilgengusch and junior Sydney Kennedy each had an RBI in game one. Kennedy had an amazing day on the mound as well as she shut out Senior with 12 strikeouts while only allowing two hits. The Bobcats won, 3-0.

A seven-run first inning in game two allowed Western Dubuque to 10-run rule the Rams and win 10-0. Wilgenbusch got the start on the mound in this game and was steady throughout. She went four innings while allowing only one hit. Sophomore Meredith Hoerner came in to pitch the final inning and didn’t allow a runner to reach base.

“Our pitchers have worked very hard in the offseason and this season to help our team win games,” Rachael Neal, Western Dubuque’s coach, said. “They do a nice job of hitting corners and keeping the other teams off the bases. Our pitching staff also has a lot of confidence in our defense that if a runner does get on, the team will work hard to close the door and not allow the girl to score.”

Cedar Falls came to Farley two days later for a pair of games. Two Cedar Falls’ errors allowed two runs to score with Sydney Kennedy driving in the only earned run of the game with a double. Once again, she was tough on the mound with 10 strikeouts and only one earned run as the Bobcats won 3-1.

“I am proud of how the team is doing a great job of both working hard and making the most of the opportunity to play,” Neal said. “We talk a lot about giving 100% effort and having a positive attitude and having fun and they are doing that each day.”

Western Dubuque’s three-game win streak came to an end in the nightcap of their series against Cedar Falls as they lost, 9-6. Six fielding errors by the Bobcats were too much to overcome. Only four of the runs were charged to Western Dubuque pitchers.

“There are a lot of unknowns and things out of our control, so we focus on the things we can control,” Neal said. “The girls come each day to the park ready to work hard and with a positive attitude with the goal of getting 1% better than the day before.”

The team has improved on their two-strike at-bats, scoring with two outs and have fixed some situational things on defense. Neal hopes to improve on preventing the big inning as they move on to the second half of the season.

Western Dubuque is currently 6-2 on the season.