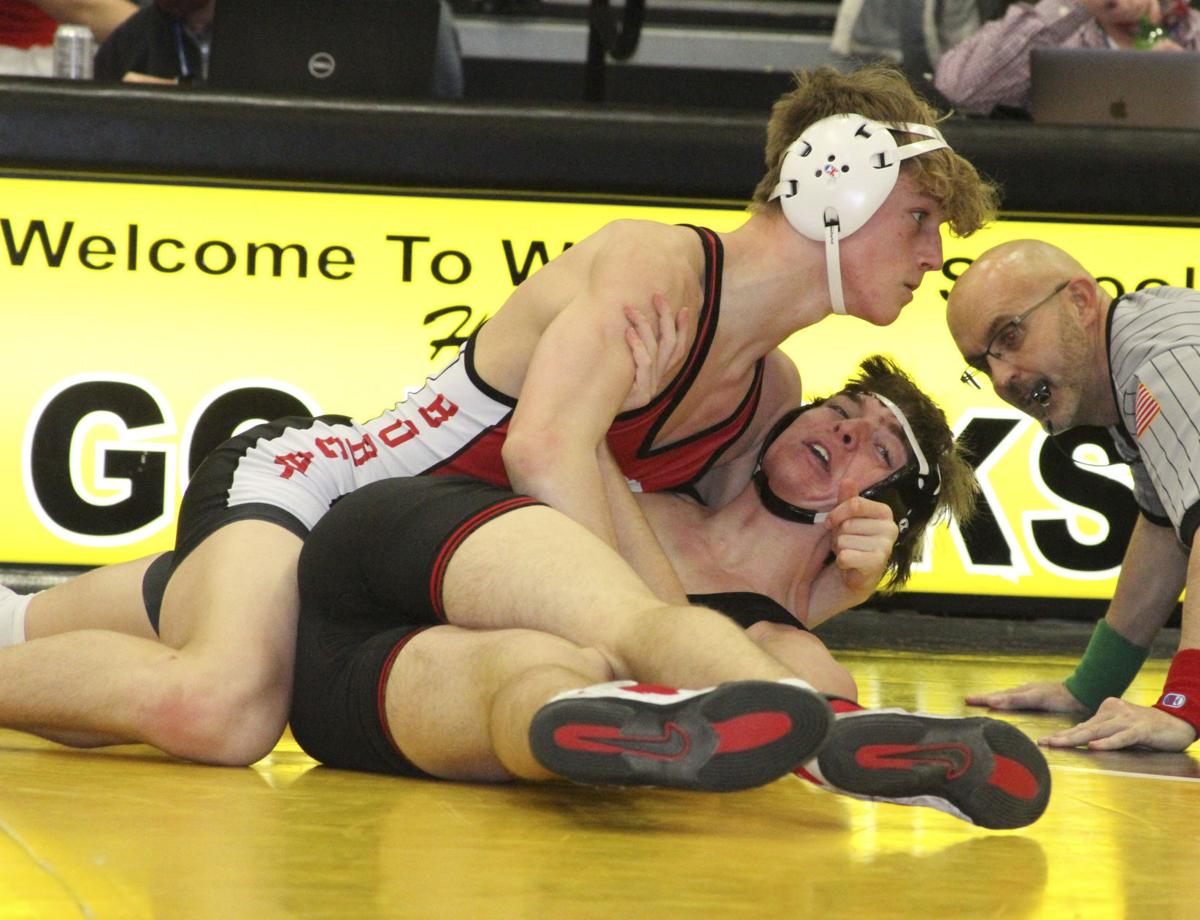 Greyson Gardner (170) made quick work of his quarterfinal opponent pinning him in 1:29. 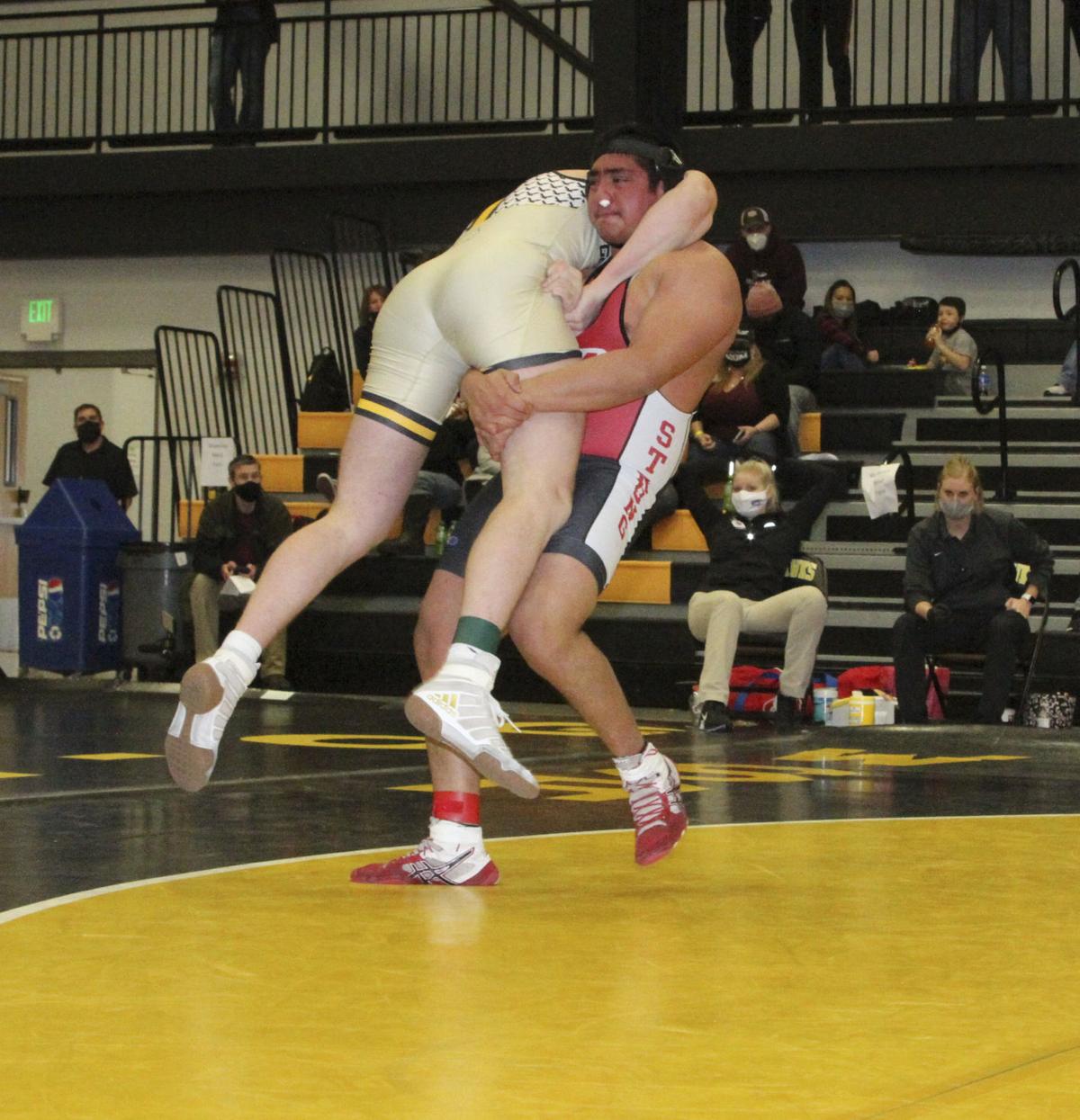 Emerson Lux-Morales (285) lifts his opponent and takes him to the mat to help him pull off a 15-8 win in his semifinal match.

Greyson Gardner (170) made quick work of his quarterfinal opponent pinning him in 1:29.

Emerson Lux-Morales (285) lifts his opponent and takes him to the mat to help him pull off a 15-8 win in his semifinal match.

Five members from the Western Dubuque wrestling team were able to get their ticket punched to the state tournament by placing first or second at the Class 3A District Tournament in Waverly, Feb. 13,

Emerson Lux-Morales (285) leads the bunch of Bobcats going to Des Moines as he earned the heavyweight title by pinning Hempstead’s Cayden Lovett, previously undefeated and fifth-ranked. Lux-Morales outpointed Waverly-Shell Rock’s Layne McDonald (28-4) 15-8 to get into the title match after he disposed of Cedar Falls’ Will Doyle in 96 seconds in their quarterfinal match.

“He is one of the hardest working kids that we have. He gets up at four in the morning to work on the farm. Comes in and trains. He goes to school, goes to practice and then he goes to lift on his own even more. He’s extremely tough and extremely loyal,” said coach Paul Cleary. “I’m super proud to be able to coach him and have him as a Bobcat.”

Dakota Lau (160), Greyson Gardner (170), Sawyer Nauman (195) and Evan Surface (182) round out the rest of the Bobcats moving on because of their second-place finishes. Lau and Gardner had to fight their way to state by winning wrestle backs.

“We are excited. We got five guys through which is the second-highest amount from this tough district,” said Cleary. “We graduated three of those guys, so we’re happy for those guys stepping in and refilling up our talented roster. I’ve very happy for Sawyer Nauman who is returning to state for the second year in a row. So now we’ll try to come home with five medals.”

Win and move on was the focus of the day for the Bobcats. Wrestlers needed to win their opening round match to have a chance to earn their ticket to state. Eleven of 14 Bobcats did just that. From there, things got much more difficult.

“The guys wrestled hard. I think it goes back to their families. The people of Western Dubuque are super tough people and their kids showed they are super tough,” said Cleary. “The boys just wrestled so hard today and proved that they are Bobcat Strong.”

Nathan Casey (132) and Nevin Pins (138) won their match for third place, while Mitchell Ashline (220) was beaten in a wrestle back and took third.

“It’s absolutely heartbreaking for those guys, especially the seniors who don’t make it. My heart is broke for Mitchell Ashline and Kyle Schirmer,” said Cleary. “Those two guys have done everything they could to be ready for this tournament and as a coach you feel guilty for not getting them there. I just hurt for those guys.”