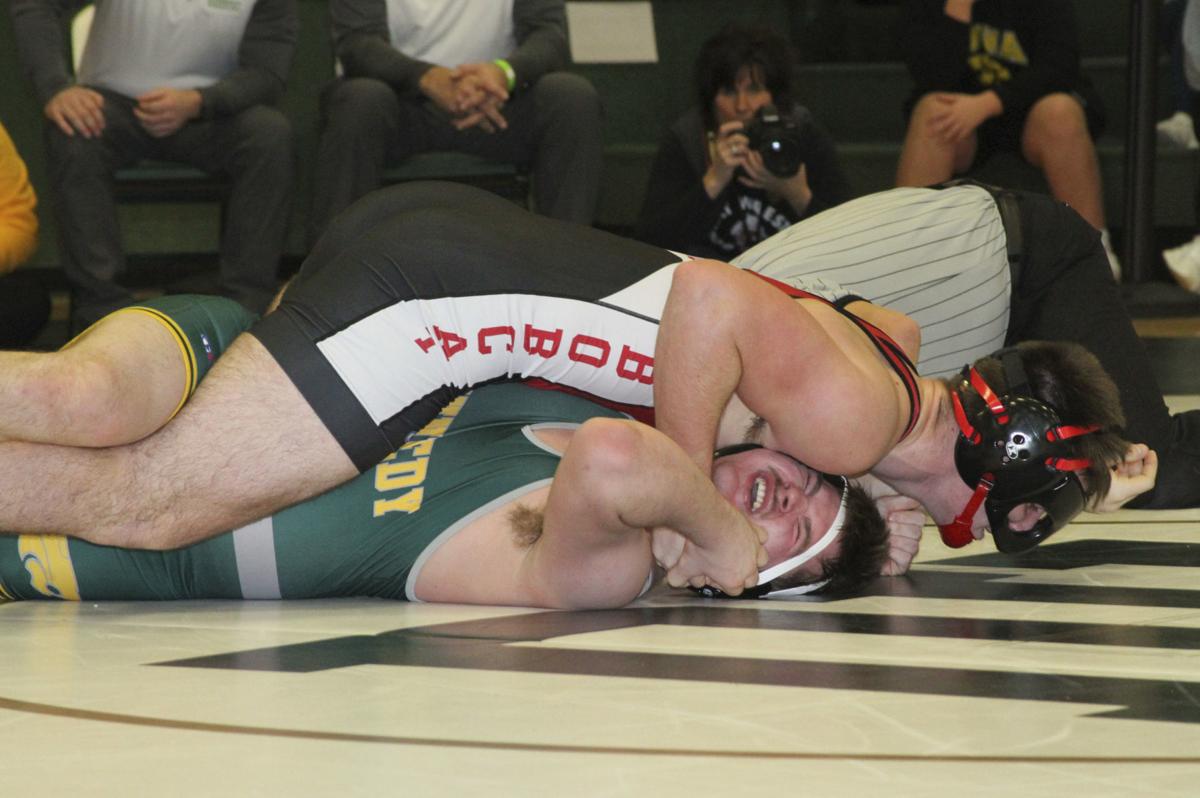 Sawyer Nauman (195) waits to get the pin call on his way to taking fourth place at the Mississippi Valley Conference Wrestling Tournament. 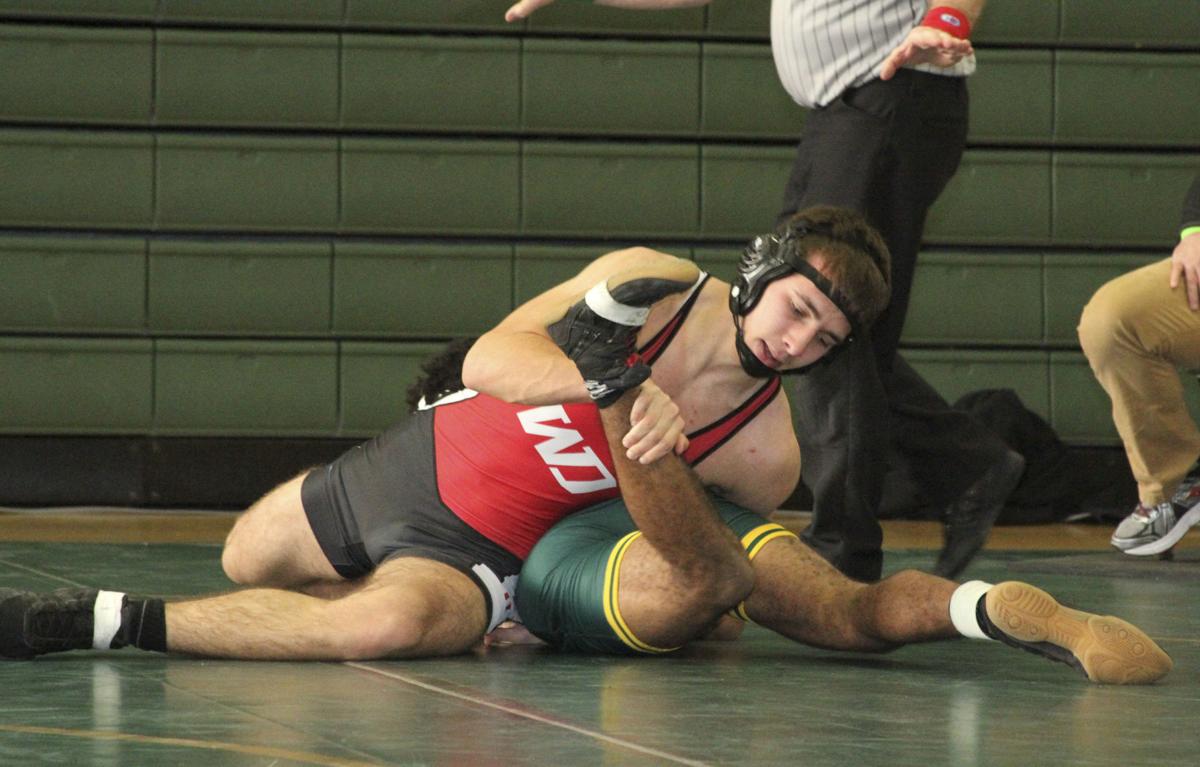 Levi Burds (152) works the leg of his opponent on his way to taking fifth place at the MVC Tournament.

Sawyer Nauman (195) waits to get the pin call on his way to taking fourth place at the Mississippi Valley Conference Wrestling Tournament.

Levi Burds (152) works the leg of his opponent on his way to taking fifth place at the MVC Tournament.

A Western Dubuque wrestling team operating at less than full strength fought hard to pull out an eighth-place finish at the Mississippi Valley Conference Tournament held at Hempstead, Feb. 1. Earlier in the week the Bobcats blasted Waterloo East, 66-11, in their MVC team dual held in Waterloo, Jan. 29.

“There are still lots of positives out of today’s action. The guys wrestled hard. Carter Kluesner pinned a kid that beat him earlier in the season. Sawyer Nauman is wrestling well right now,” said Paul Cleary, head coach of the Bobcats, after the MVC tournament. “You can look at the glass like it’s half full or half empty and I want to look at half full.

“We’ve got some guys out sick with the flu and we should have them back next week. We’ll come back and keep building on the progress we’ve had.”

Team results at a conference meet are all about numbers and, when you take into account the Bobcats only entered nine wrestlers in the 14-weight classes and none of those wrestlers finished higher than fourth place, it makes that eighth-place finish that much more impressive for a team competing in just its second MVC Tournament.

“We’re getting guys healthier,” said Cleary. “This is the most amount of guys I’ve ever had out at a conference tournament. Injuries and sickness happen and guys get healthy and guys get better and we’ve just got to keep wrestling.”

In what could have been a tune-up for the conference tournament, the Bobcats ended up only sending six wrestlers to the mat to see action because Waterloo East forfeited eight matches in the dual.

The Bobcats found themselves with a comfortable 30-0 lead before the first actual match was decided on the mat. Jake Hosch (182), Mitchell Ashline (195), Joe Loffa (220), Jonathan Savolt (285) and Jagger McCool (106) all were given wins via forfeit and it was Tanner Gaul (113) who won the first competitive match of the dual when he outpointed William Black 10-6.

Corbin Collins-Patzner (126) and Maxwell Clasen (132) were awarded the next two matches via forfeit and Levi Burds (152) was given the last forfeit win of the dual. Before that, Jared Cordes (138) pinned Adrian Doyle in 1:42.

The Bobcats closed the dual with two more victories decided on the mat when Tony Lyon (160) won a 7-2 decision over Eli Sallis and Carter Kluesner (170) pinned Matthew Cary at 3:49 of their match.