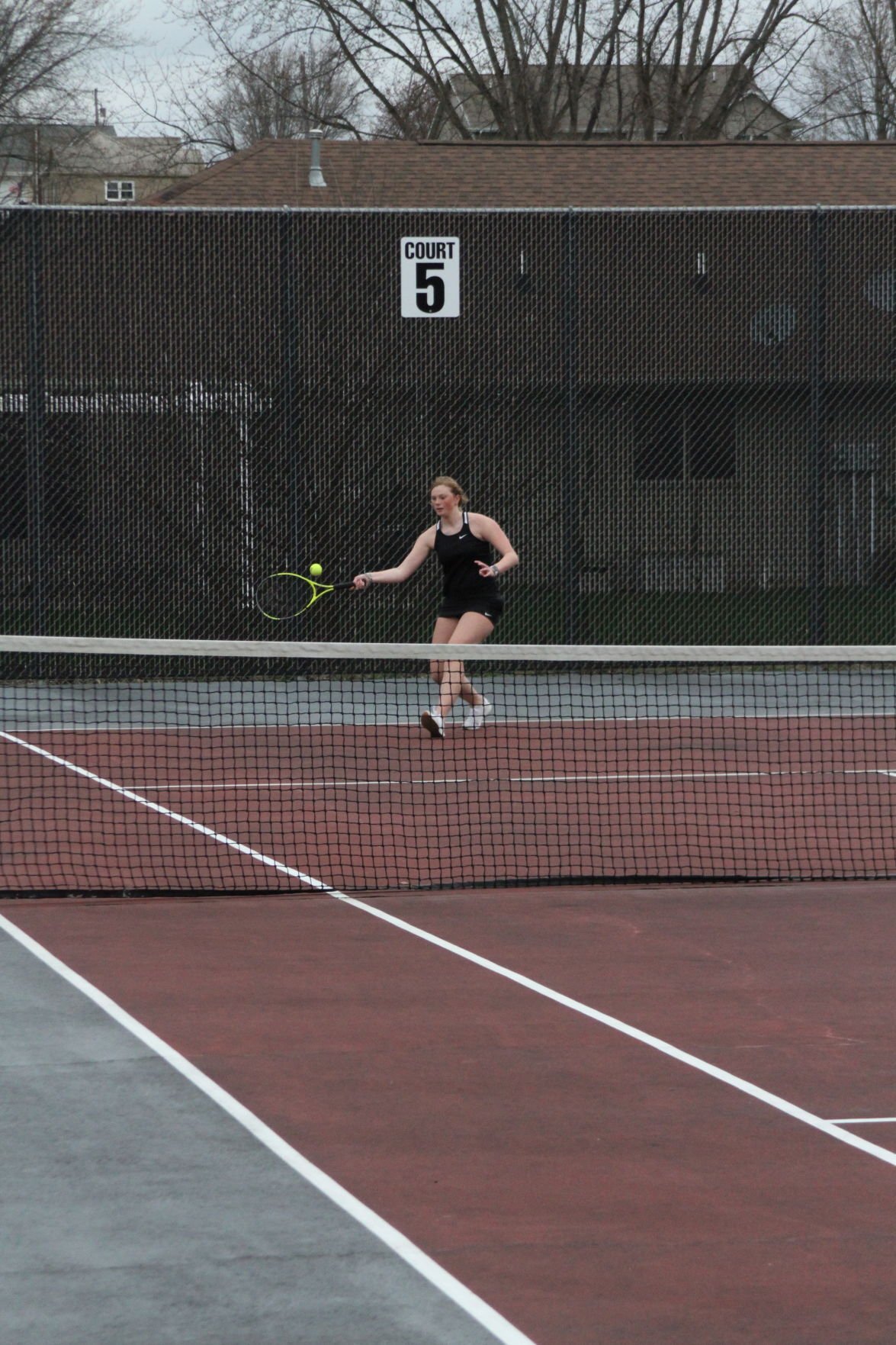 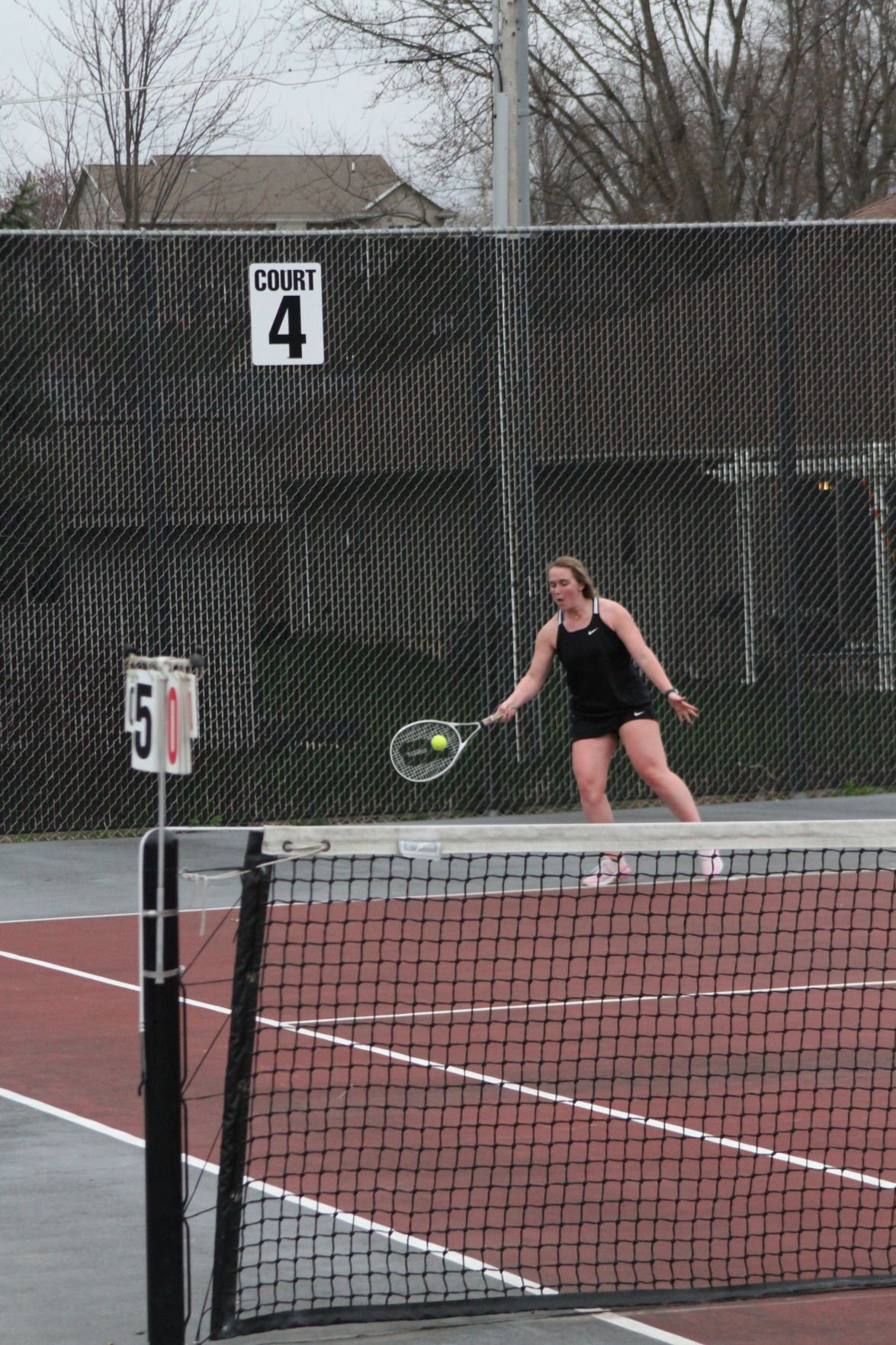 Meredith Hoerner returns a shot from the baseline.

Meredith Hoerner returns a shot from the baseline.

The Hawks started strong against Cedar Rapids Jefferson, winning four of six singles matches. Meg Besler defeated Olivia Proctor 7-5 in the opening set, before dropping the second 6-4. Besler took the tiebreaker, 10-7 for the win at No. 1 singles.

Meredith Hoerner won her No. 2 singles match over Kelsey Knudsen. Hoerner won the opener 6-4, then lost the second set 7-6 before taking the third set 10-3.

In her No. 3 singles match, Maddie Heiderscheit won over Catherine Yokanovich in straight sets, 6-4, 6-3.

Coach Sam Nieman was pleased with his team’s opening night performance. “We had four individual matches where sets were split so we went to a super tiebreaker. It led to a long night full of long matches, but these opportunities are fantastic for our team early in the season. We played hard, did a lot of things well and made tons of mistakes. We saw a lot of players thinking with a growth mindset, looking for aspects they can continue to work on. We expect a ton of improvement across the rest of the season.”

Besler and Wessels lost to Carstensen and Burger 6-1,6-1 in No. 1 doubles. Heiderscheit and Hoerner lost to Flynn and Link in No. 2 doubles 6-0,6-2. Steffen and Horsfield were 6-3, 6-4 losers to Braksiek and Maggie Zittergruen in No. 3 doubles.

“We took our lumps against what I believe is the best 1A team in the state,” Nieman said. “They are extremely tough, especially at the top three spots. Our inexperience showed, but I do believe we are a better team than we showed. For the most part, we fought very well and had some chances to get some games that ultimately we were not able to pull out. We have the potential to be a very good doubles team, but we are still learning how to navigate points at this level. It was definitely a learning experience and we are better off for it.”