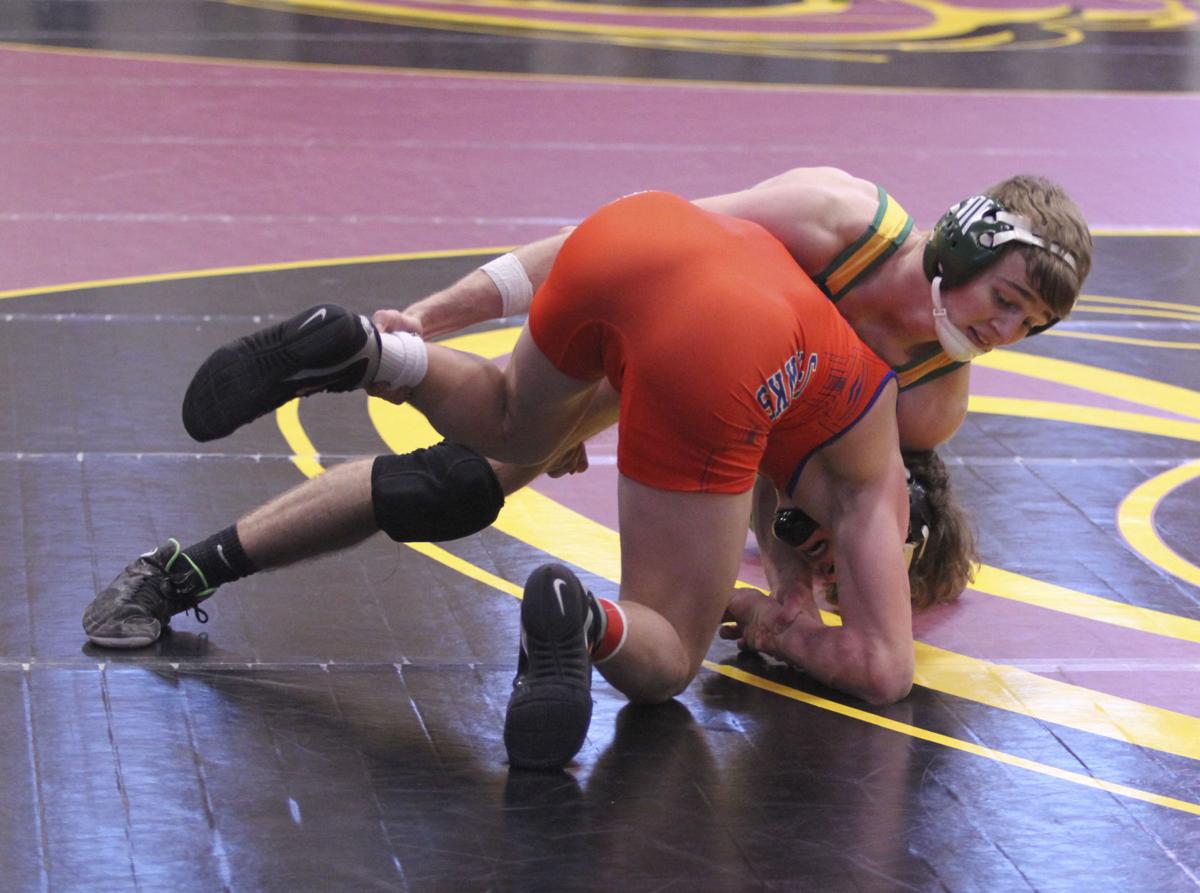 Nick Hageman battles against Jerret Delagardell, of Jesup, at districts. 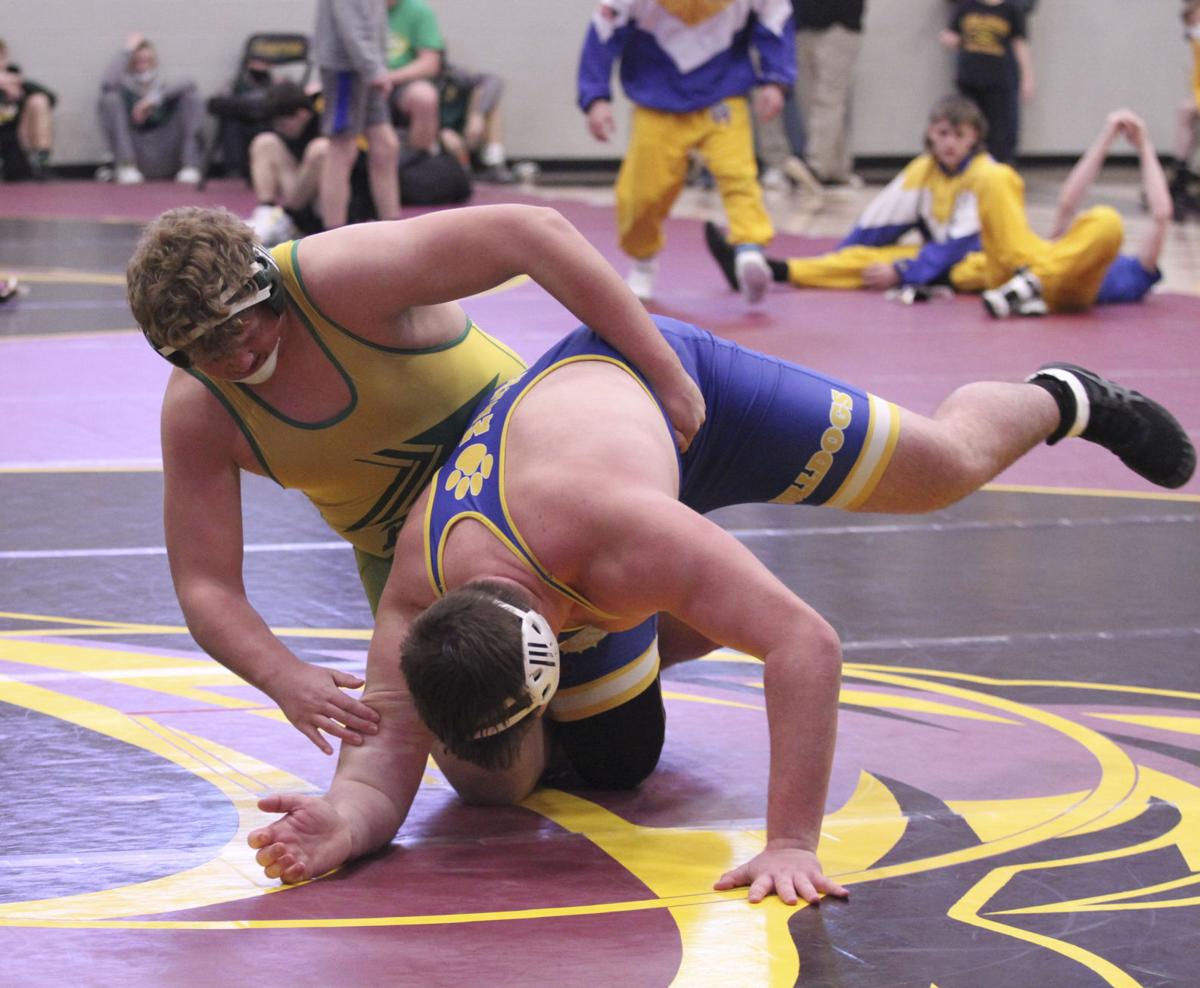 Nick Hageman battles against Jerret Delagardell, of Jesup, at districts.

Hageman took a 7-0 decision from Kashton Mathis of MFL before handing Jesup’s Jarret Delagardelle a 4-2 loss, a point higher than the loss Hageman gave him last week in sectionals.

Koopmann had the toughest match of the day, against 10th-ranked Jacob Trudo of MFL. A last-second takedown gave Koopmann a 4-2 decision in the match and the nod for second after he fell to East Buc’s Cody Fox (5:47) in the first place match.

Connor Grover (160) and Ryan Funke (170) came in third and fourth. “Both of them faced guys they met last week as well and it’s always hard to beat the same wrestler several times,” said coach Steven Lueck. “We really had hopes of bringing all seven guys to Des Moines, but five is still very good, as many as we’ve ever brought, I think. All the guys wrestled tough; probably 90% of the matches are tougher than last week and they did a great job.

“We’re slated to wrestle at 9 a.m. Thursday morning, with weigh-ins at 7 a.m., so we’ll go down Wednesday night and hope the guys can get a good night’s sleep there before hitting the mat in the morning. We’re looking for it to be a good experience for the guys, though we know it will be challenging in the first round because most of them go in unranked. We’ll hope for the best wrestling we can give them.”