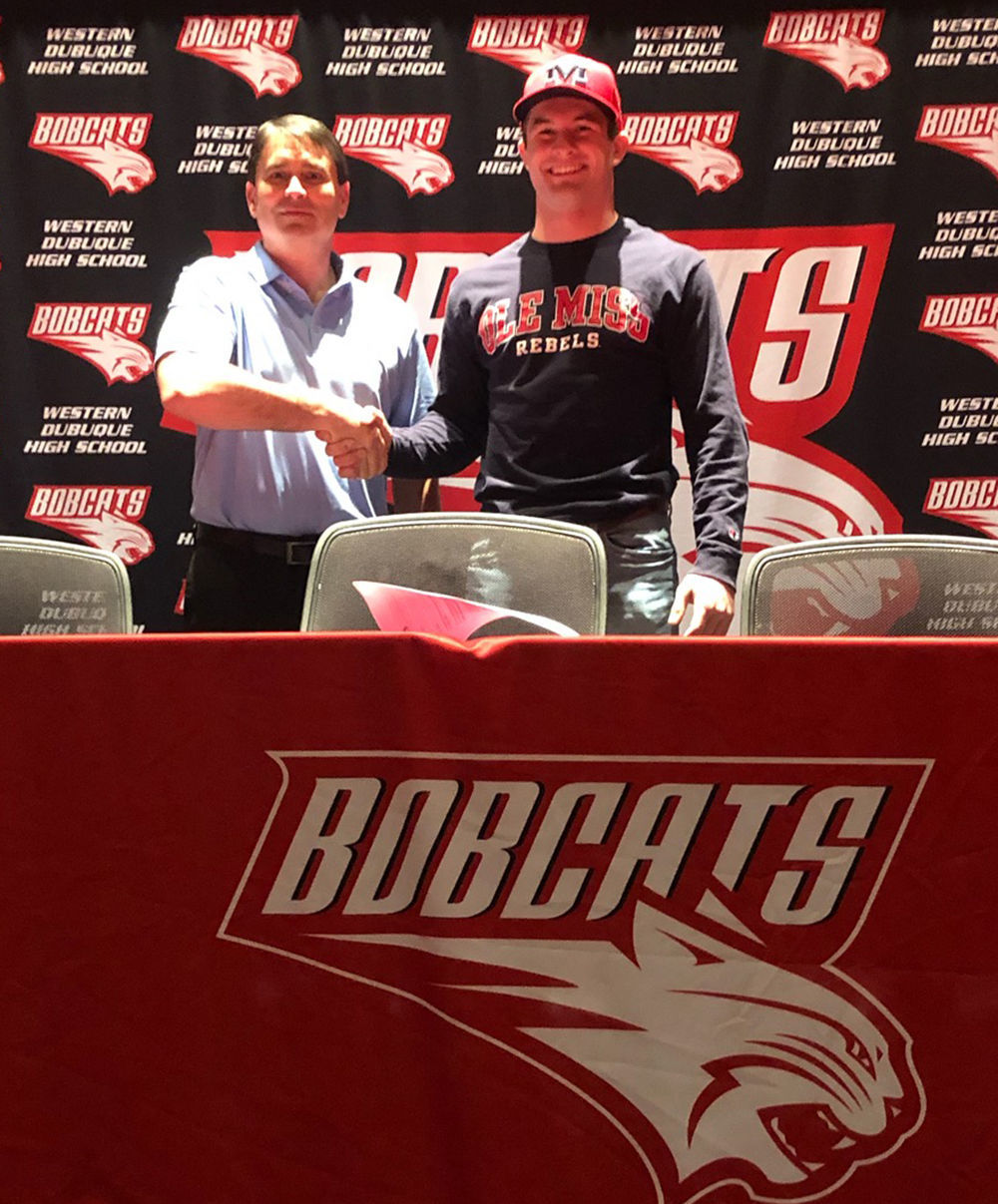 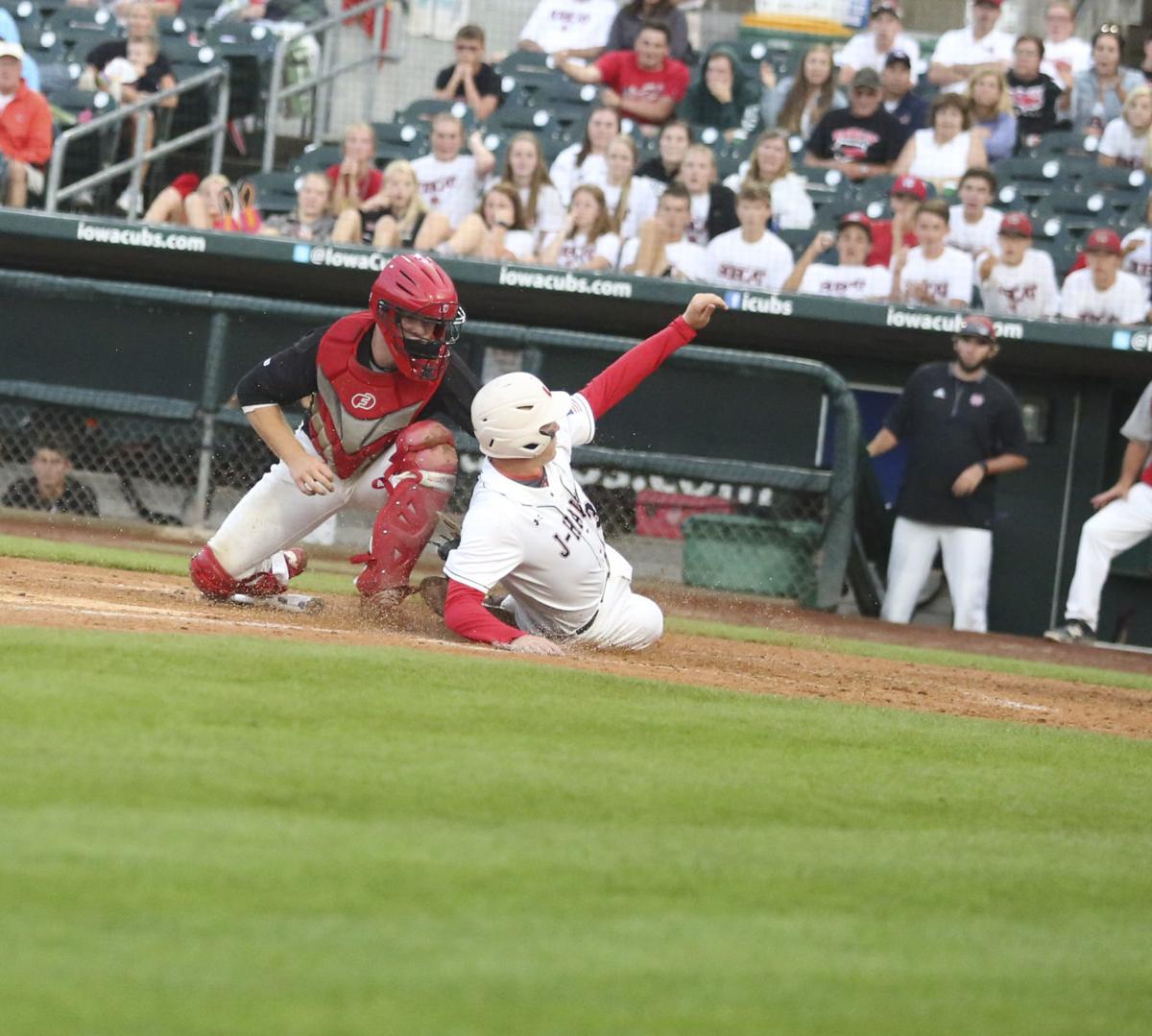 Calvin Harris tags out a runner at the plate during the Class 4A State Tournament in Des Moines, July 31.

Calvin Harris tags out a runner at the plate during the Class 4A State Tournament in Des Moines, July 31.

One of Iowa’s best will be headed to the Southeast Conference (SEC) to continue his baseball career next year.

Western Dubuque senior Calvin Harris, after verbally committing as a sophomore, signed a National Letter of Intent to play baseball for coach Mike Bianco at the University of Mississippi in a ceremony at Western Dubuque High School, Nov. 25.

A starter at Western Dubuque since his eighth-grade season, it didn’t take long for Harris to draw the attention of big-time programs all over the country.

“I was recruited through Perfect Game. Coach Clem (Marshalltown native and Mississippi assistant Mike Clement) had ties to Iowa and word kind of got to him,” said Harris. “We met up and talked about stuff. That’s how it all started. I took a visit and really enjoyed it.

“When I visited there, coach Bianco said, ‘You’ll know if this is the right place for you when you walk out of here.’ I knew immediately that’s where I wanted to go when I left,” said Harris. “That’s what made my decision really easy.”

“Coach Bryant does a really good job producing players,” said Harris. “We’re starting off-season workouts four or five days a week and something that’s really cool this year is we’re looking for more player leadership, which is a great idea coach Bryant came up with.

“During the season some teams might take practices off here and there, but we really get after it and have a lot of fun. We have a process that’s really proven and he pushes for us to work hard at it. We do, and we’ve been successful,” he added.

Harris, a three-time Iowa first-team elite all-state selection and 2018-19 Gatorade Iowa Player of the Year, hit .408 with seven home runs and 40 RBIs last summer as the Bobcats made a second consecutive appearance in the Class 4A State Tournament in Des Moines. Harris was also a force on the mound, compiling a 3-1 record, striking out 63 hitters in 32 2/3 innings with a 1.07 ERA.

Fresh off quarterbacking the Bobcat football team to a Class 3A state championship, Harris will soon be back on the basketball floor and believes being a multi-sport athlete has played a big role in his development.

“It’s something all of our coaches preach. Coach Penner preaches it big time,” he said. “Go out for anything. As long as you’re competing and go out for something, it’s huge. You don’t see it as much these days because people play only one sport, but it’s something that’s really special here at Western Dubuque and something we really take pride in.”

Harris is unsure about the direction he’ll take in the classroom at Mississippi, planning to make a decision in the near future.

“Academically I really have no idea. I’ll figure it out when I get down there, or hopefully beforehand,” he said.