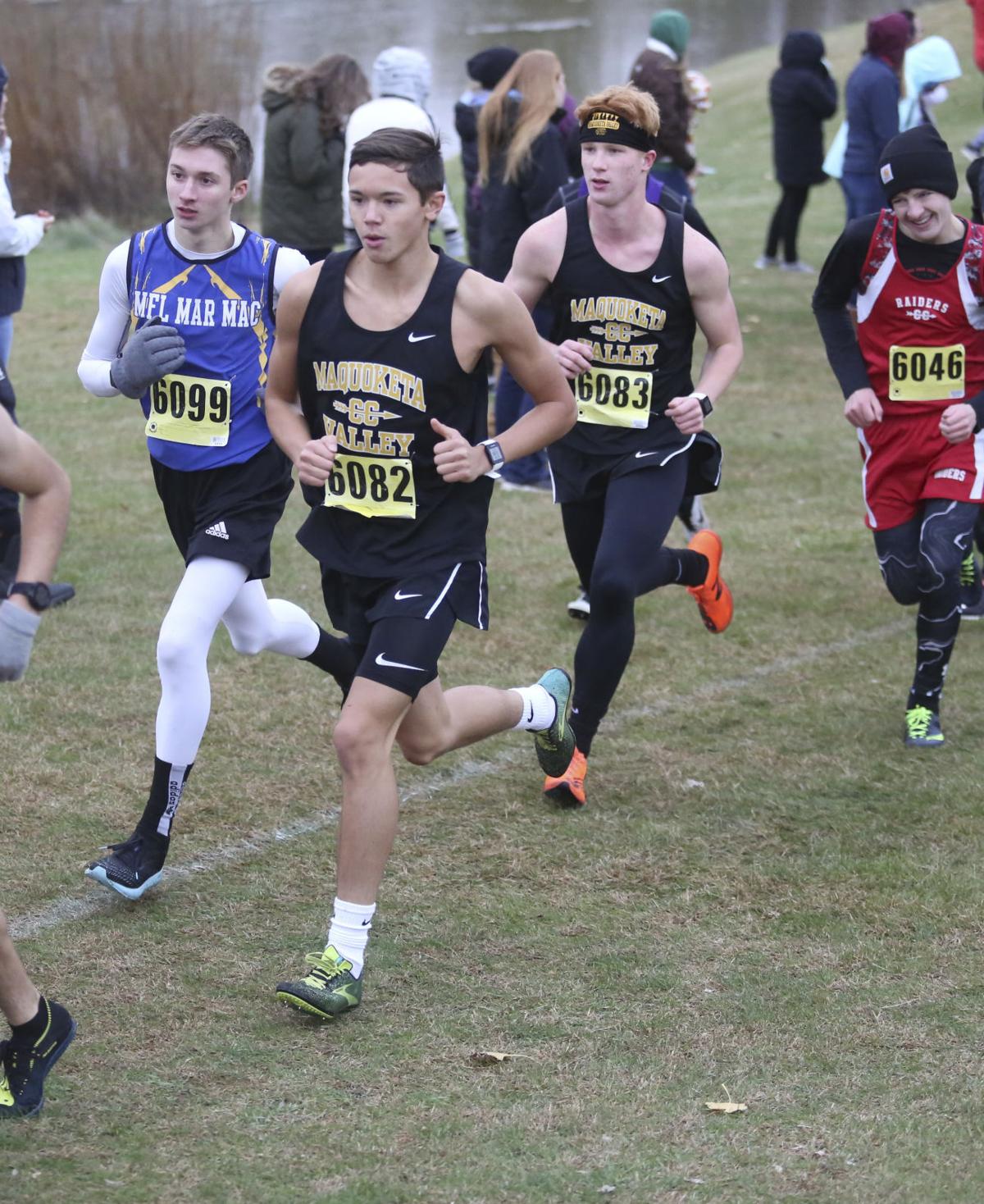 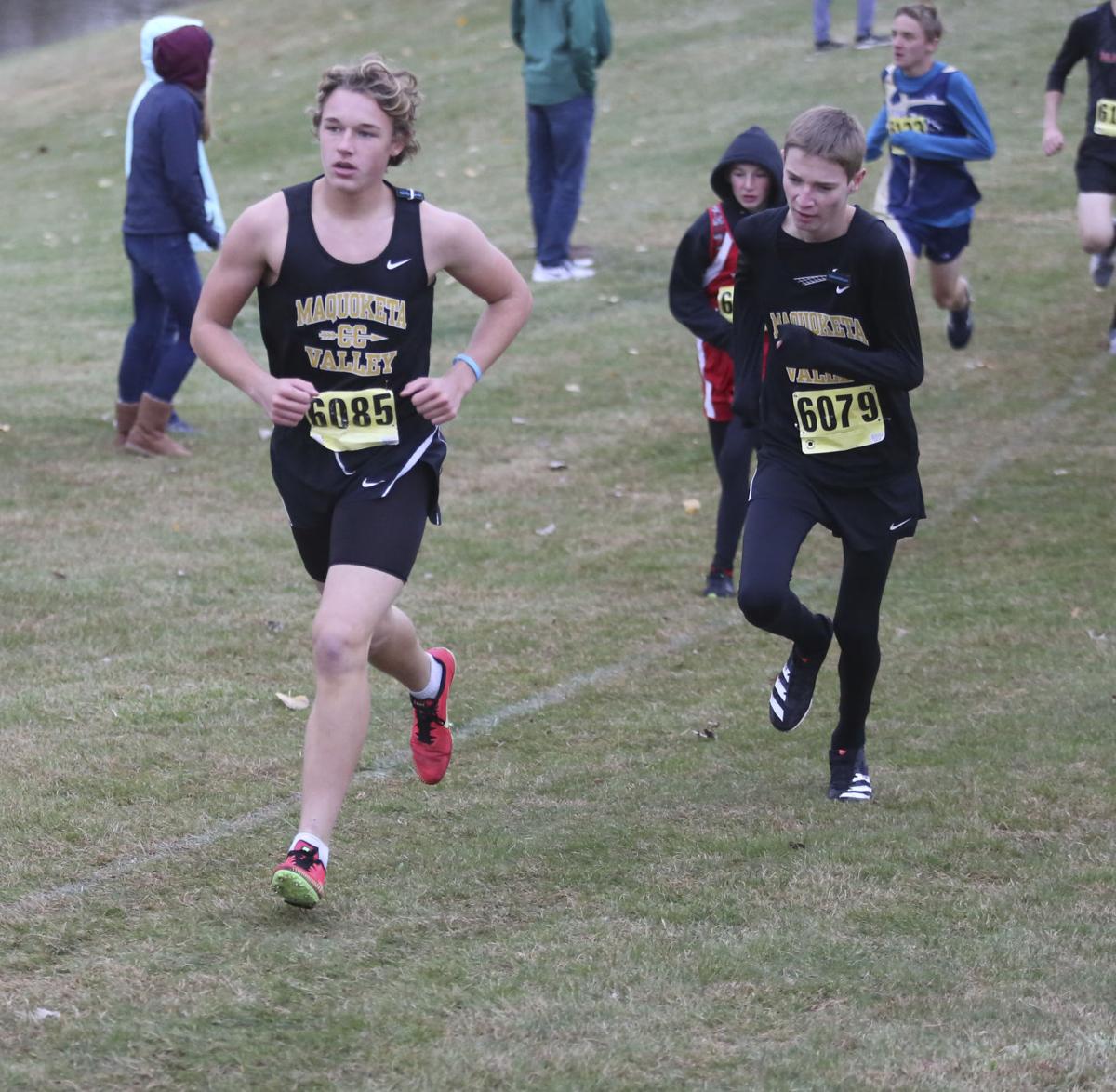 Maquoketa Valley’s Cy Huber paced the competition at the Class 1A State-Qualifying Meet at the Guttenberg Golf Course, Oct. 22. The Wildcat junior won the individual title with a time of 17:35.

“It was a good team (finish) in that the time difference between our first and fifth runner was the smallest of the year. All seven guys competed very well and all contributed to our success. We now hope to go to Fort Dodge and improve on our state ranking which is currently fifth,” co-coach Pat Meehan said.

South Winneshiek won the boys’ team title with 27 points. MV’s 45 points gave the Wildcats second place and the other team berth to the state meet which will be held at Lakeside Municipal Golf Course in Fort Dodge. The Class 1A boys will run at 4 p.m.

Meehan was pleased with the girls’ performance. “They all ran strong races to conclude their season,” he said.