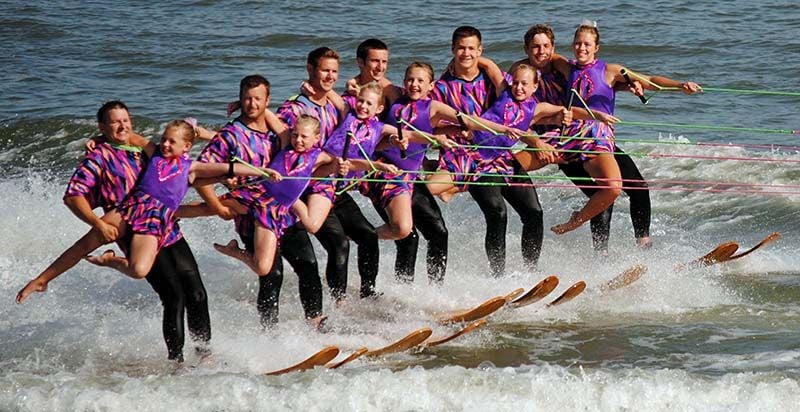 The Hartwick Huskys compete at the regional competition where they finished first with dock and equipment personnel and tow boat driving.

The Hartwick Huskys perform their opening pyramid at nationals. 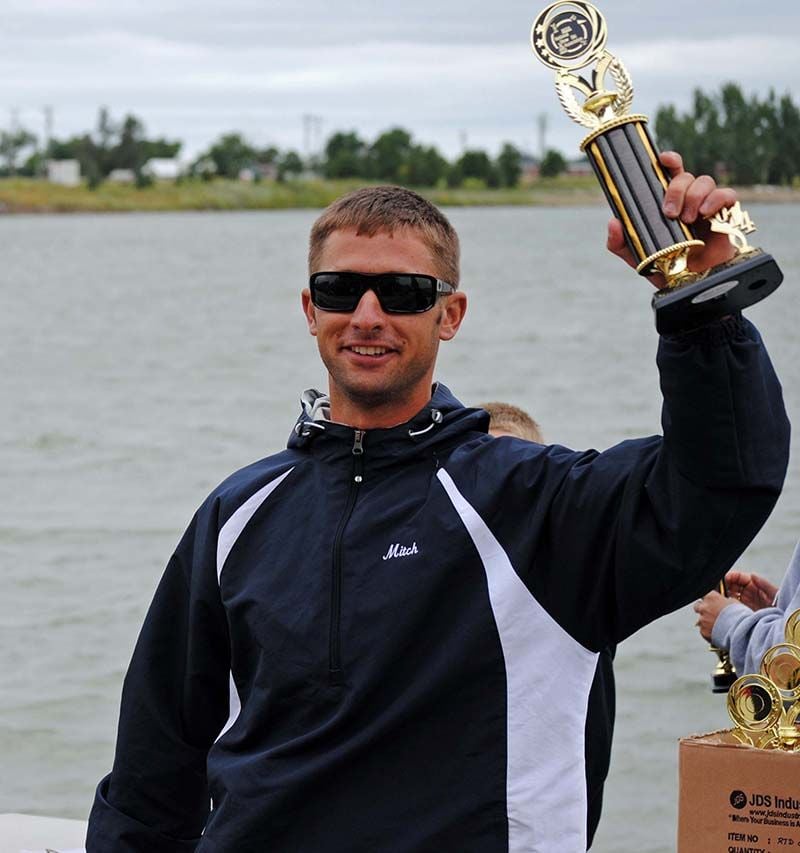 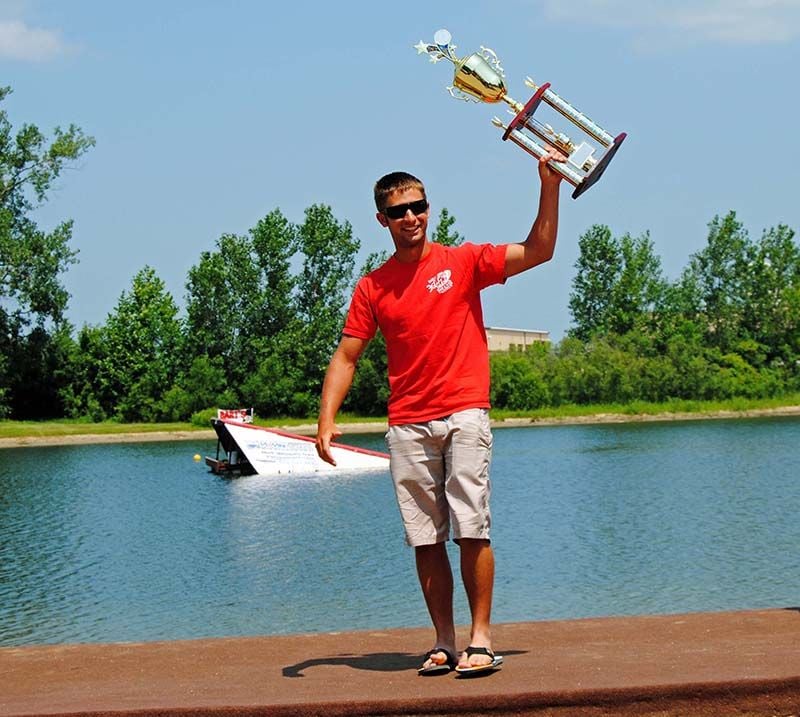 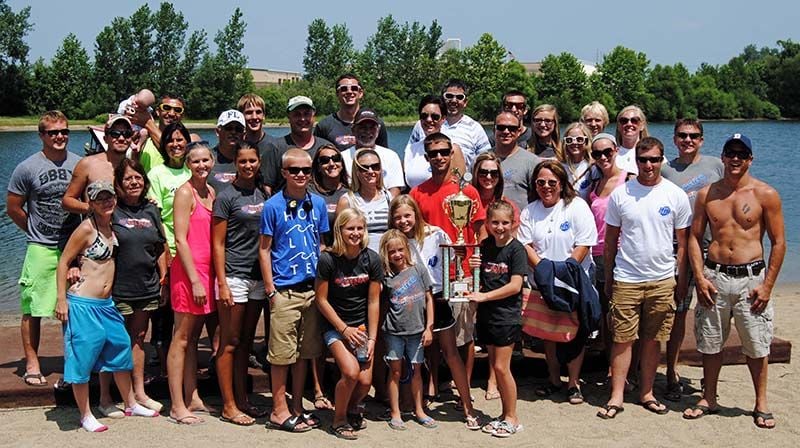 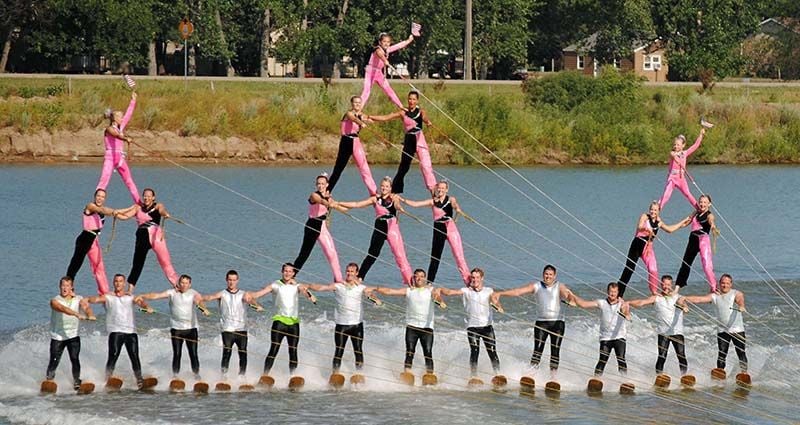 Members of the Hartwick Huskys perform their closing pyramid during the regional competition. The Huskys were second at regionals and went on to finish third at nationals.

The Hartwick Huskys compete at the regional competition where they finished first with dock and equipment personnel and tow boat driving.

The Hartwick Huskys perform their opening pyramid at nationals.

Members of the Hartwick Huskys perform their closing pyramid during the regional competition. The Huskys were second at regionals and went on to finish third at nationals.

“I thought we did very well,” Mitch Tanner, show director said. “I was very proud of our team. Last year, we finished 13th at nationals, so we definitely did a lot better this year.”

This year’s ski show features a talk show theme and is loosely based on the Ellen DeGeneres Show. The Hartwick Huskys are 60-70 members strong and it takes everyone to make the show successful. The team members come from various experience levels and have a desire to learn and improve themselves and the team all at the same time.

“Everyone is working together and having a good time this year. Everyone is having fun and trying new things,” Tanner said. “We have a lot of camaraderie on our team compared to other years.”

Looking back on this year’s national competition, Tanner said that the Huskys “pyramids and barefooting are our best.”

In preparation for nationals, the Hartwick Huskys finished second in the Midwest Regional Tournament in Abderdeen, S.D., July 25-27.

In order to fare so well in the end of season competitions, the Huskys had to put in a lot of work behind the scenes.

“It takes a lot of commitment,” Tanner said. “We are all non-profit, so everything comes from donations from local businesses. We do some fundraisers throughout the year and a raffle.”

The winner of that raffle will be announced during the Huskys final show of the season on Saturday, Aug. 16. Everyone is invited to the final show, where the Huskys will perform the same program that they competed with at nationals.

The event is being billed as Jam at Schram and begins at 6 p.m. with the ski show. The evening will include a raffle and prizes and will end in a street dance. The show will be held at Schram Park in Manchester and admission is free.

For those who attend, Tanner said, “Expect to see a bunch of great skiing. It’s an hour of good family entertainment for all ages. Afterward we will have the raffle and a family friendly band (Three Drink Minimum) will be playing until 10. After that an adult band (Awesome Sauce) will perform.”

For those who are inspired to join the Huskys, feel free to contact Tanner at the show on Saturday or via Facebook, where the Huskys have a fan page.

“We will still be doing some free skis for a few more weeks where people can come learn to ski. We also have three learn to ski events every year. Those are held throughout the summer where we teach people to ski.”

While the season may be wrapping up, the Huskys will be back in action in the practice pool.

“We do pool practices in the winter. It is good to learn how to climb pyramids during the winter,” Tanner said.