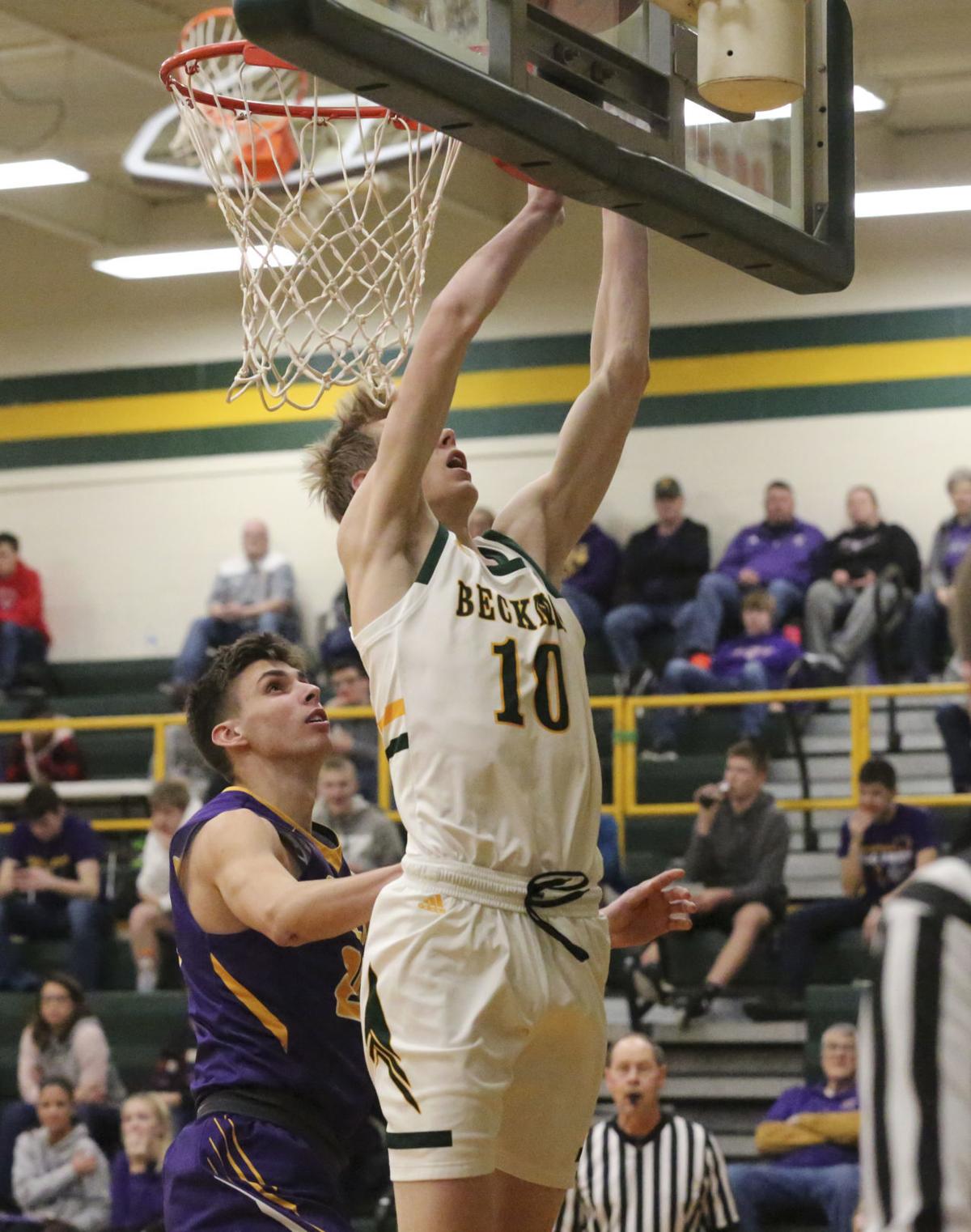 Michael Keegan goes up for his first two points against DeWitt, Jan. 28. Keegan scored his 1,000th point in the WaMaC win. 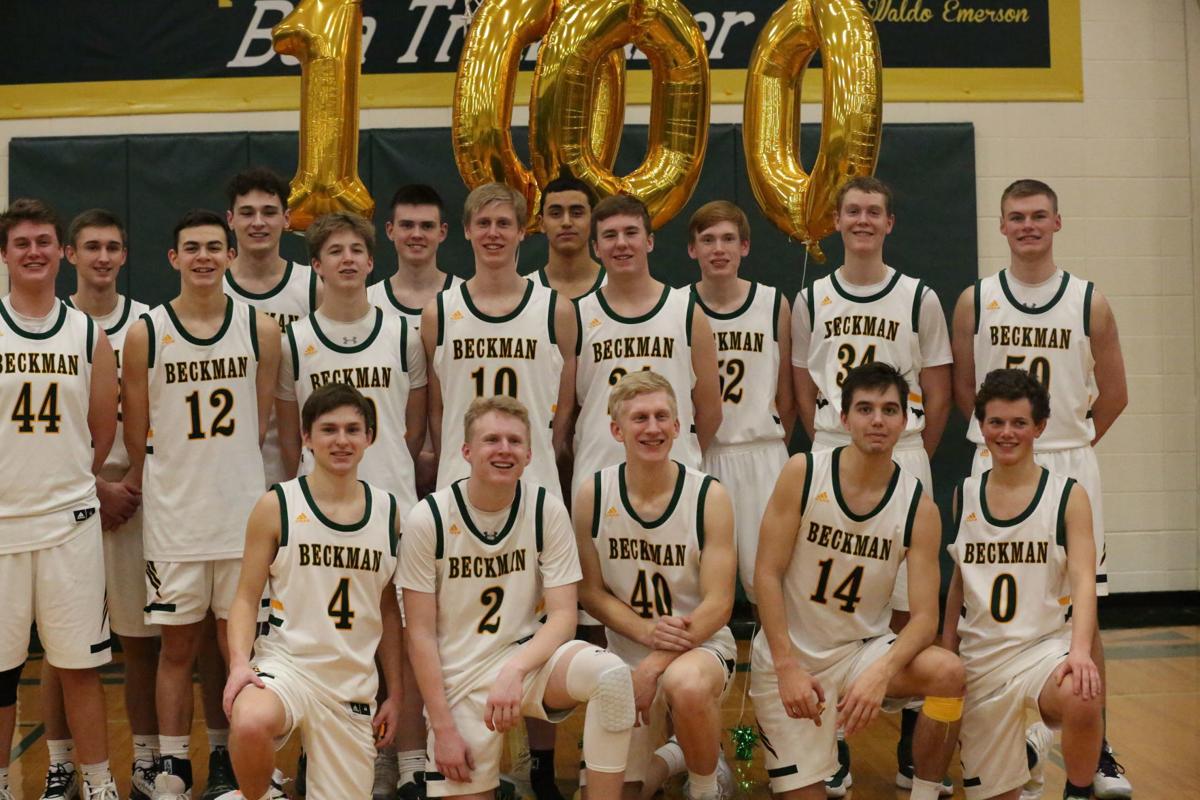 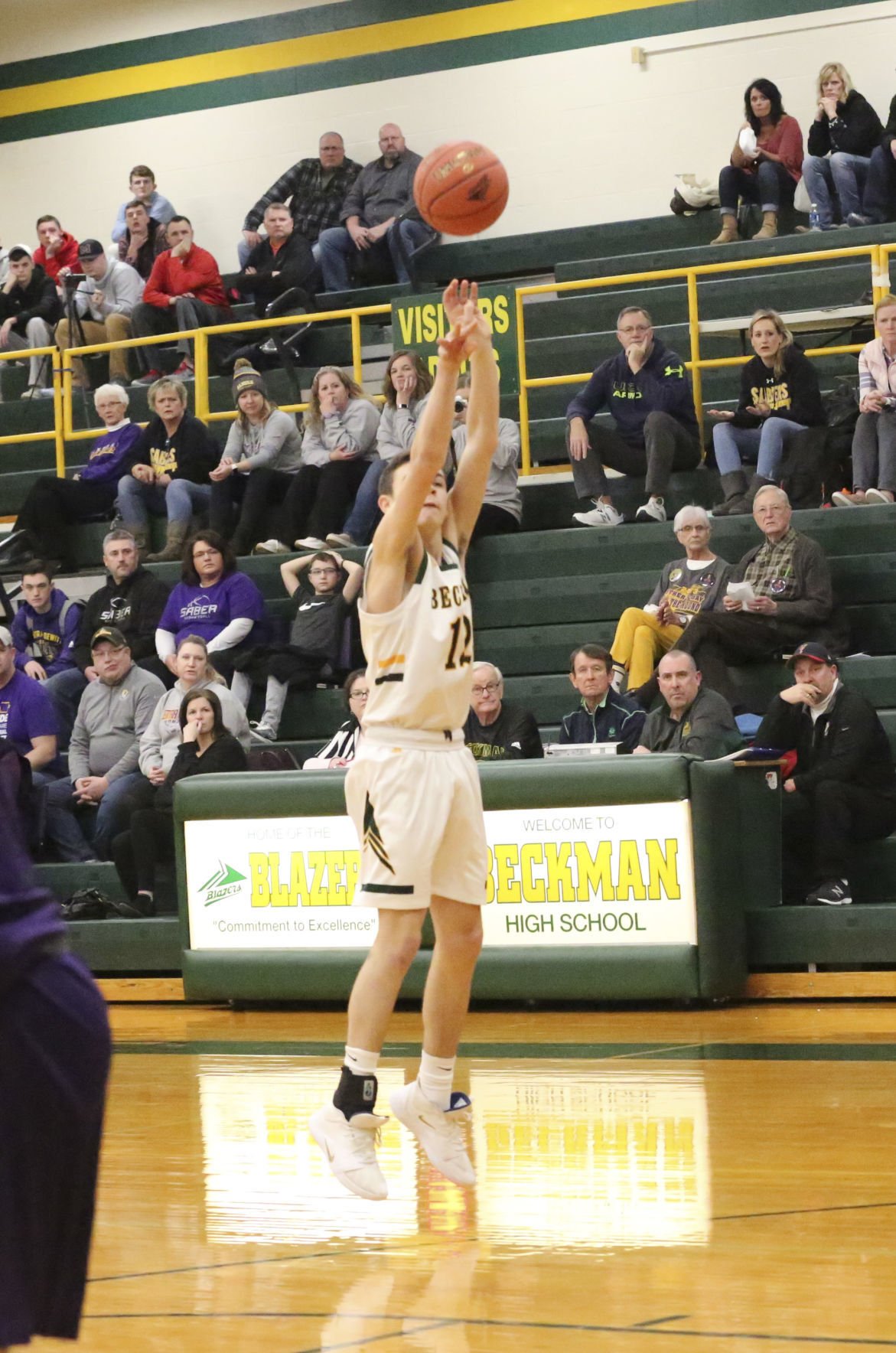 Mason White attempts a three during their win over DeWitt. 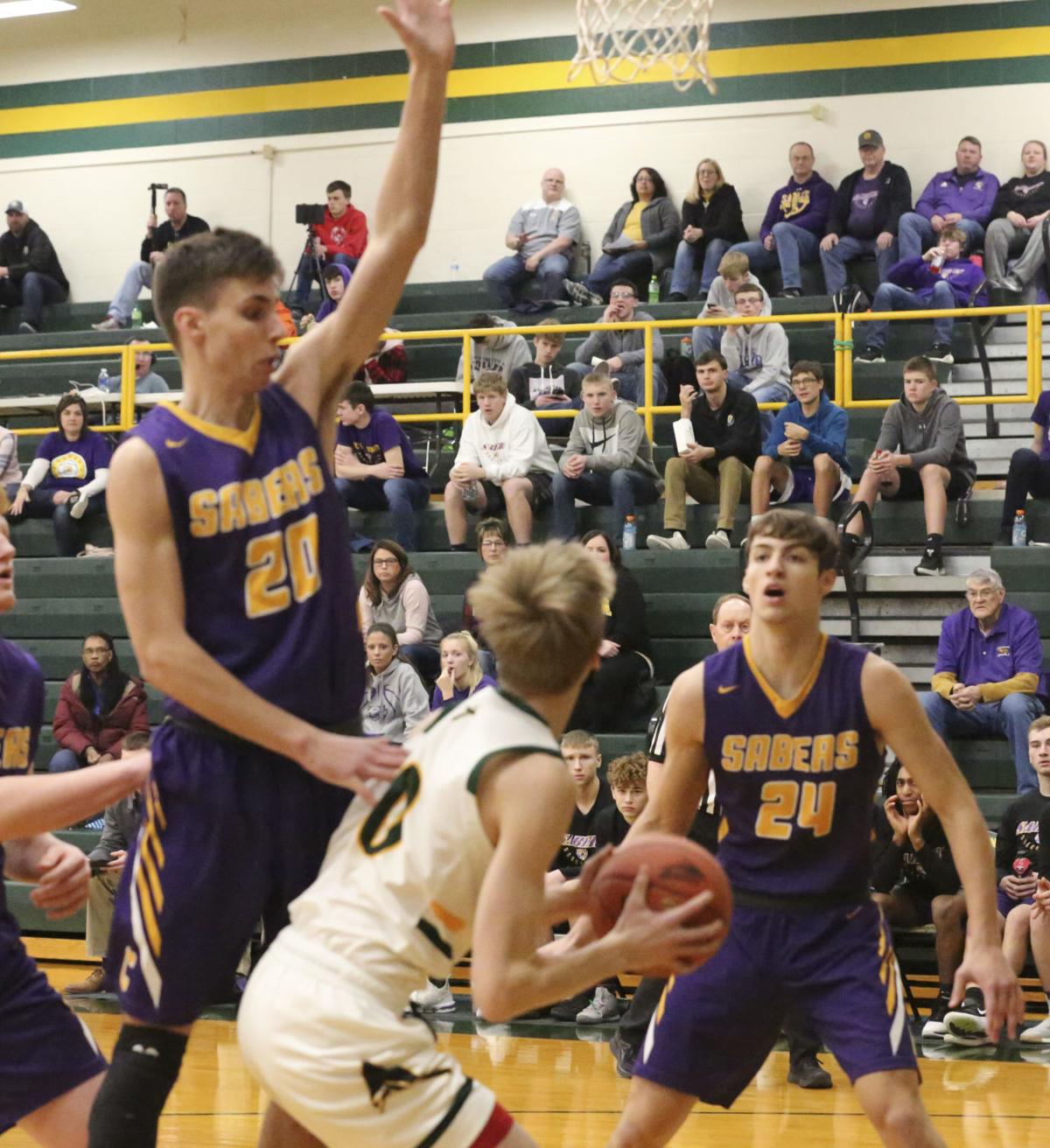 Michael Keegan found double and triple teams in his way all night against DeWitt. 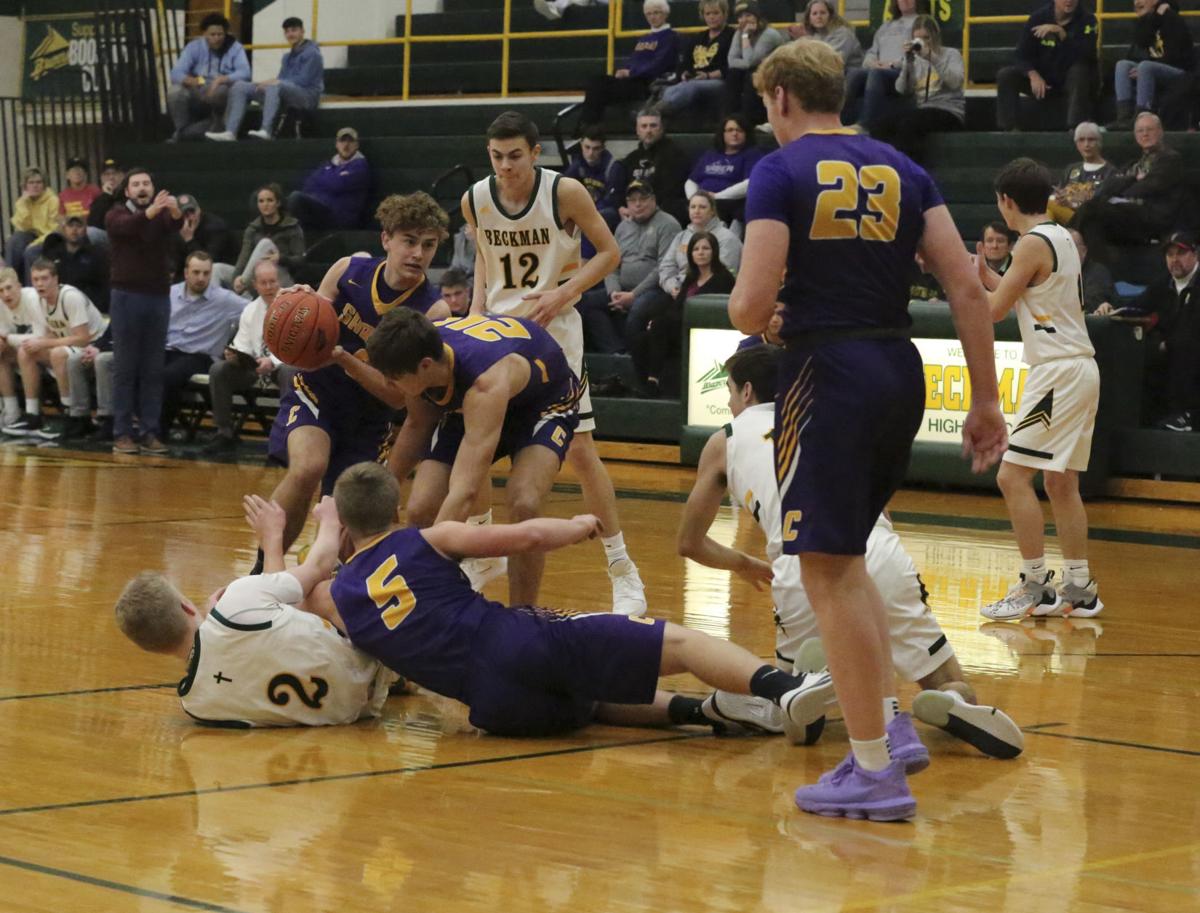 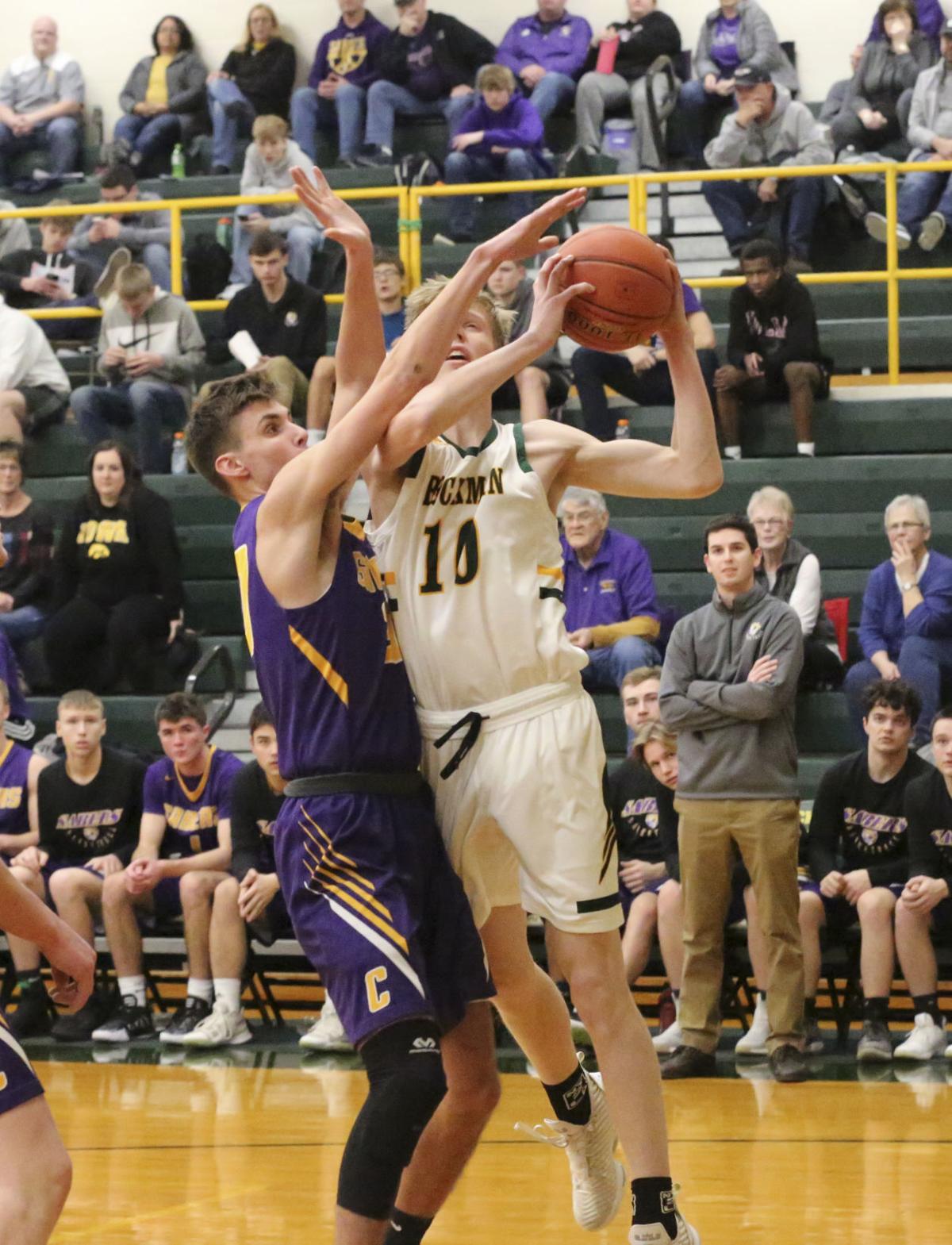 Michael Keegan goes up for points against Alec McAleer. 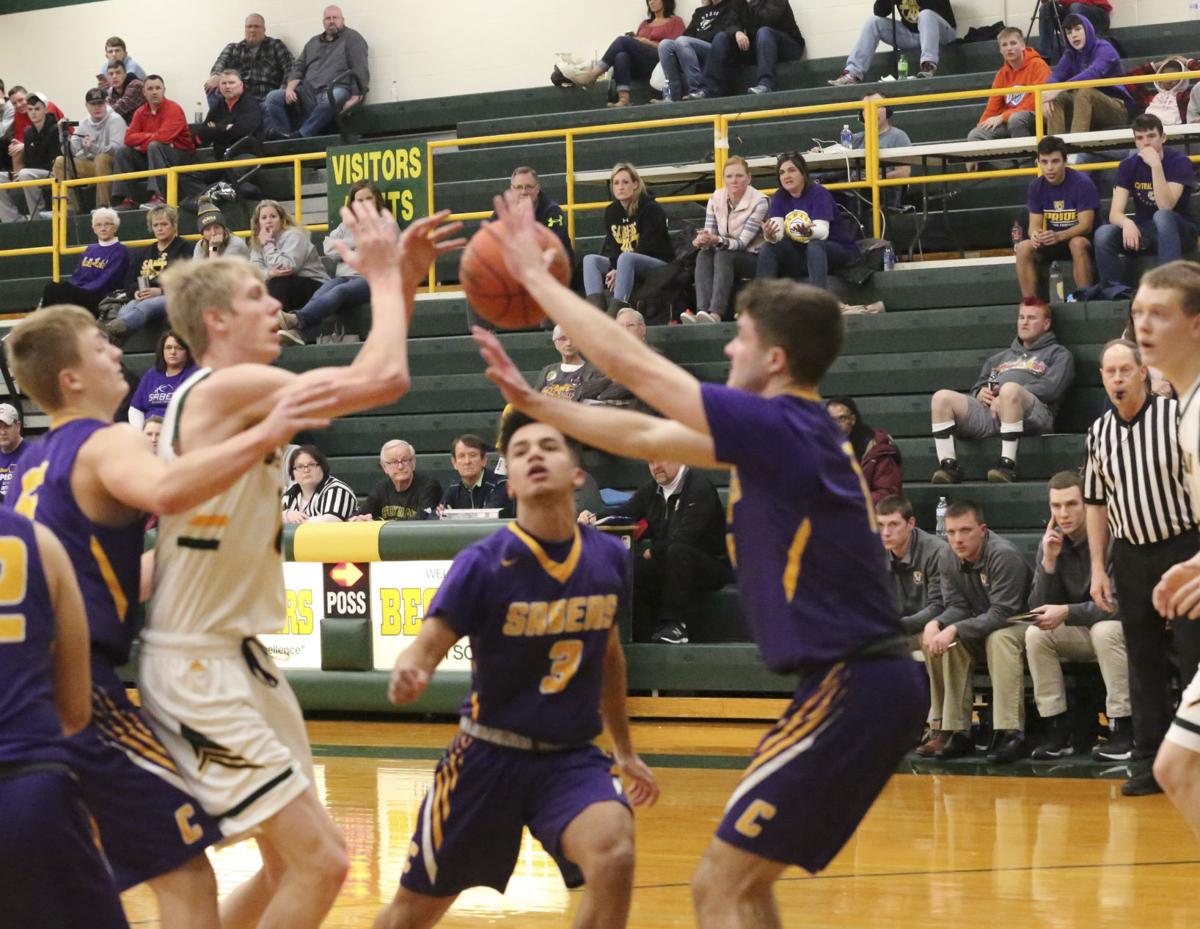 A battle for the ball pits Michael Keegan against most of the DeWitt lineup. 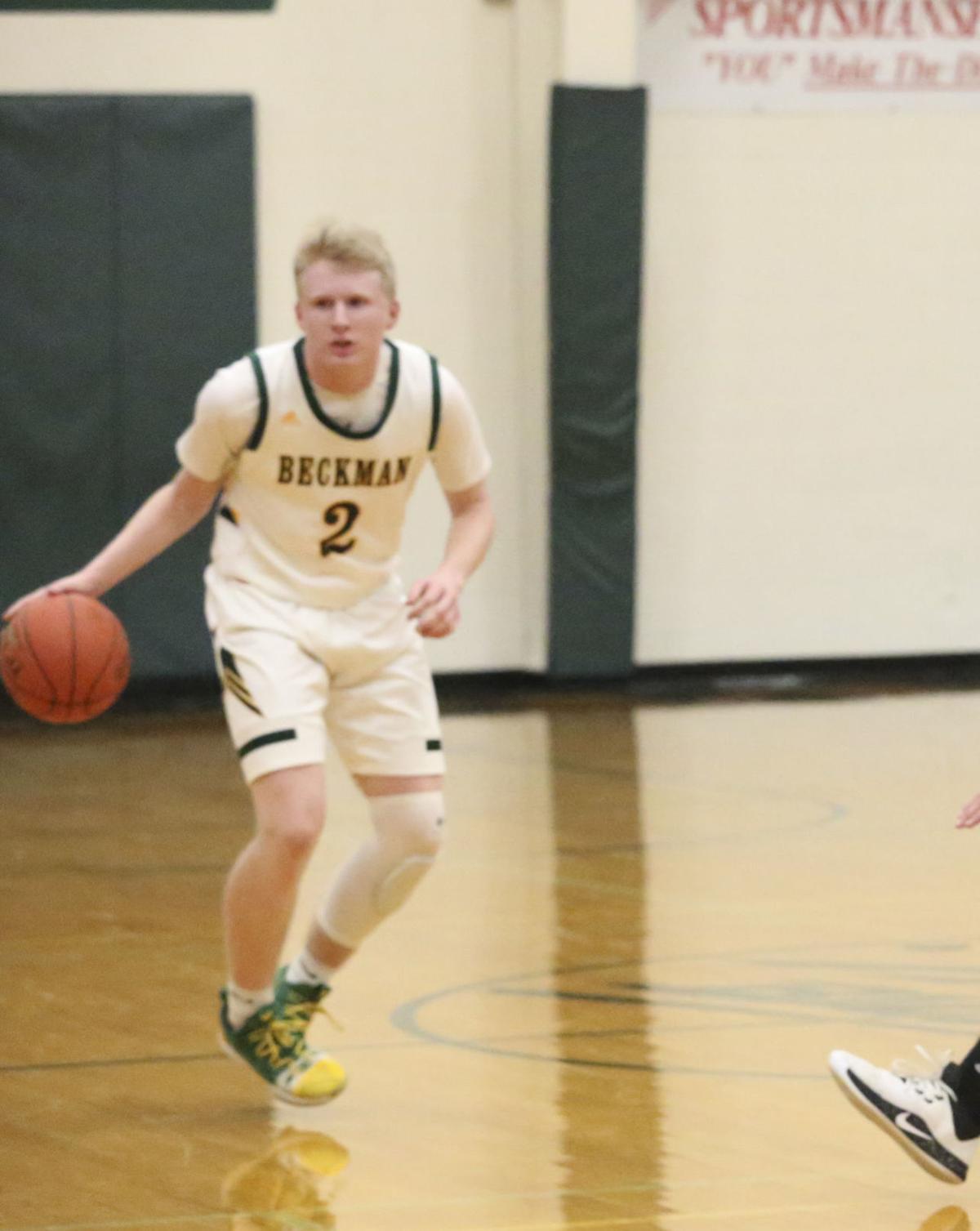 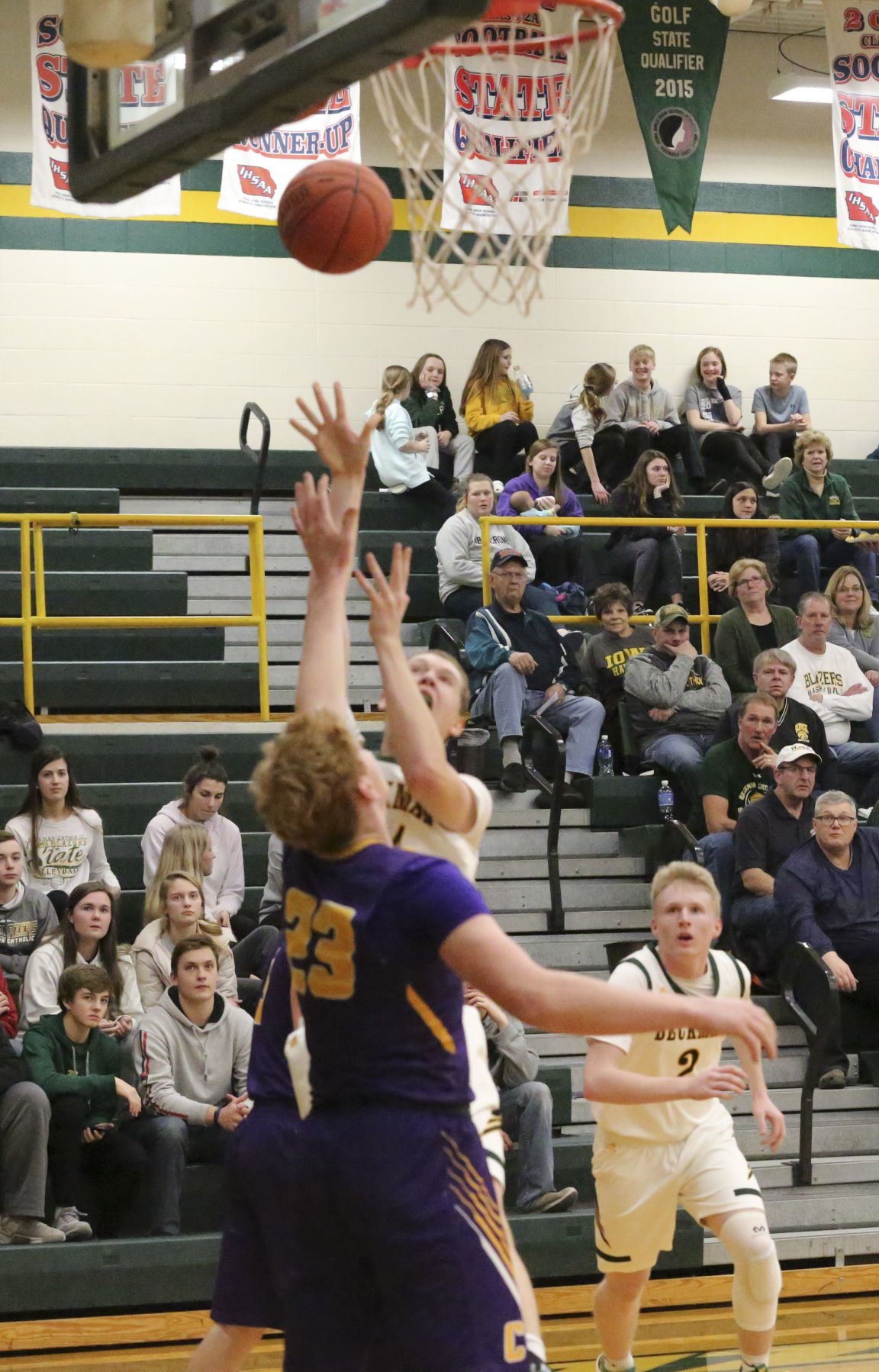 Jack Gehling goes up over DeWitt's Tucker Kinney to score two of his points. 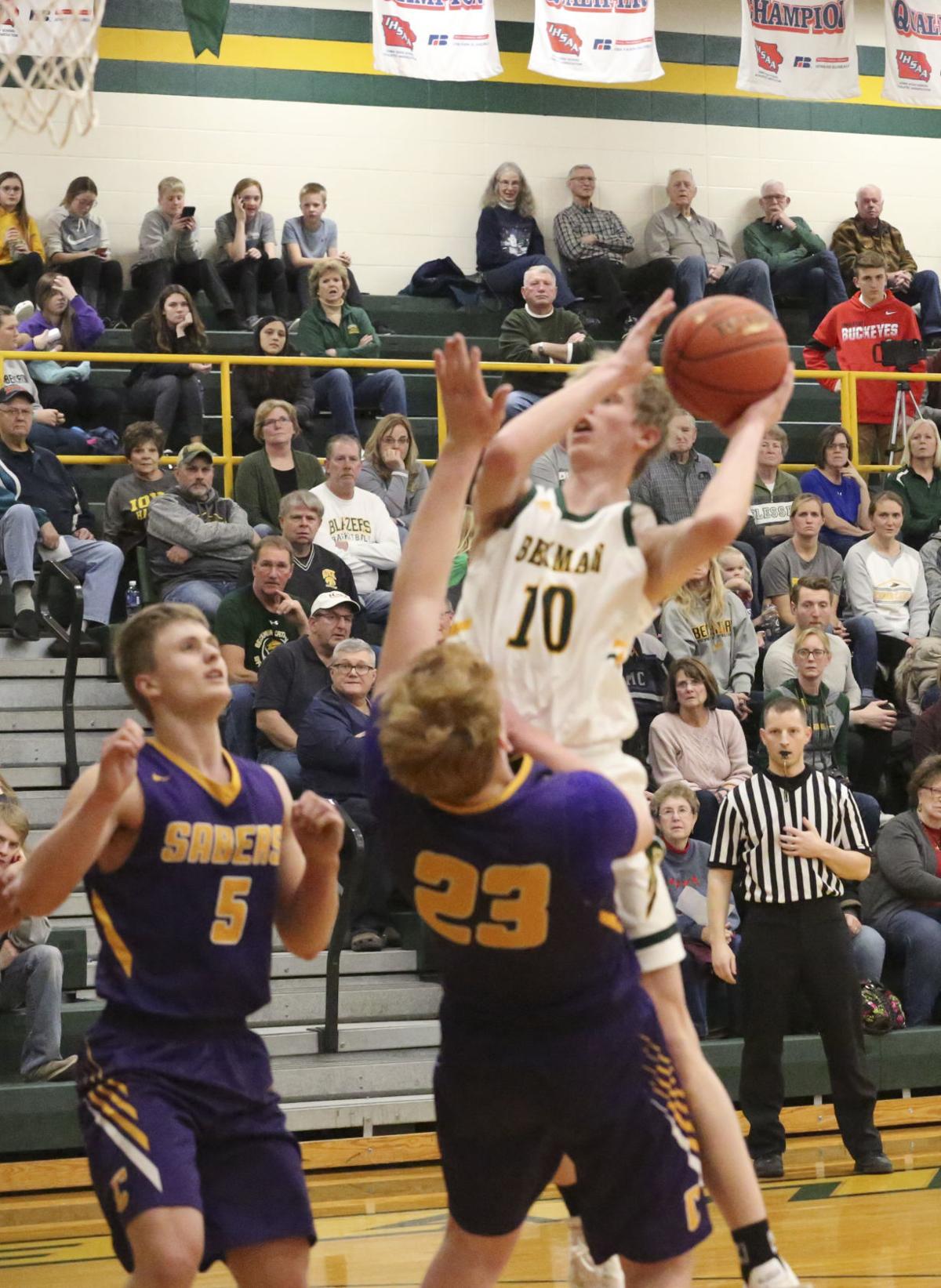 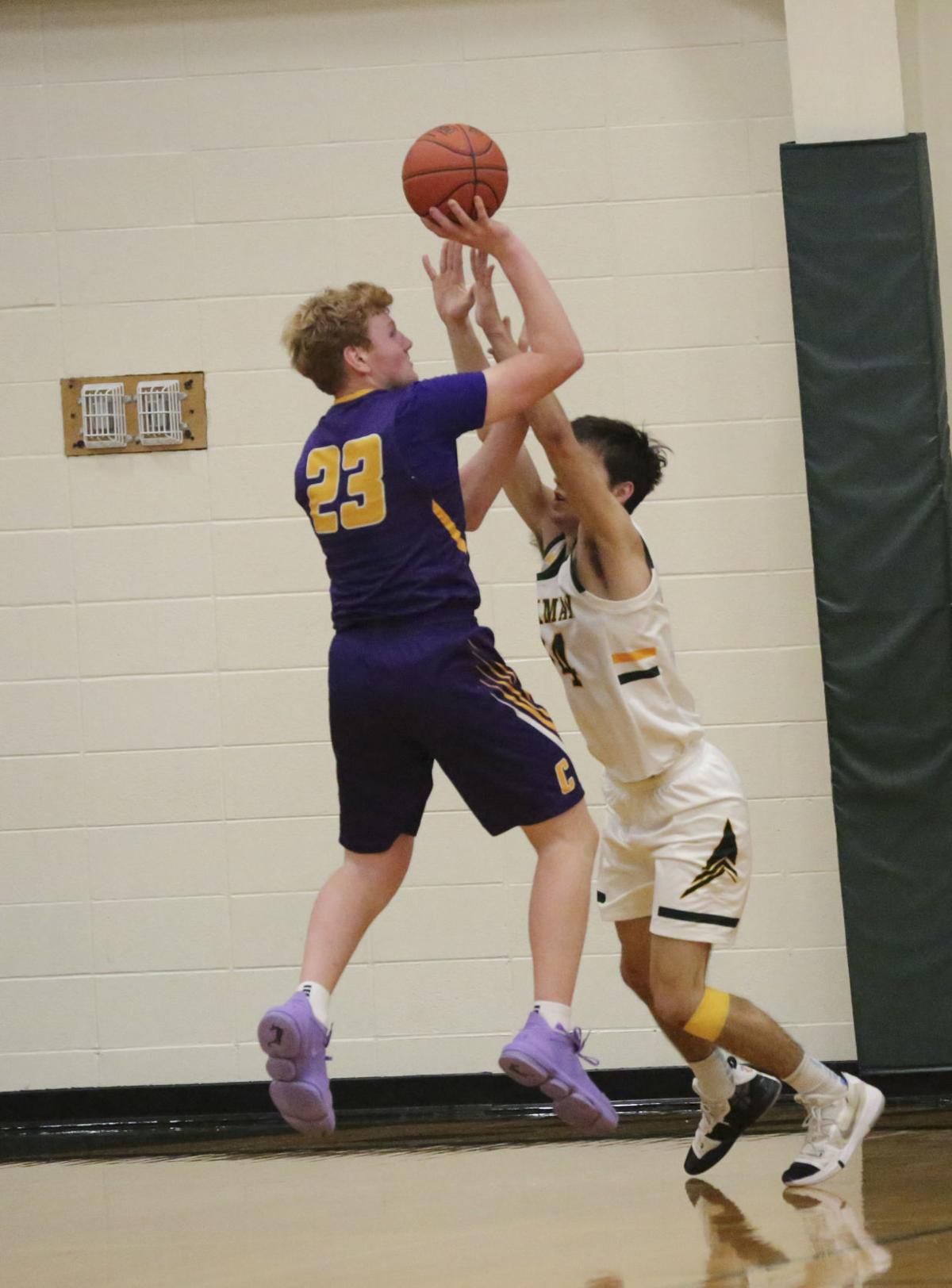 Jack Westhoff goes for the block on a Tucker Kinney shot. 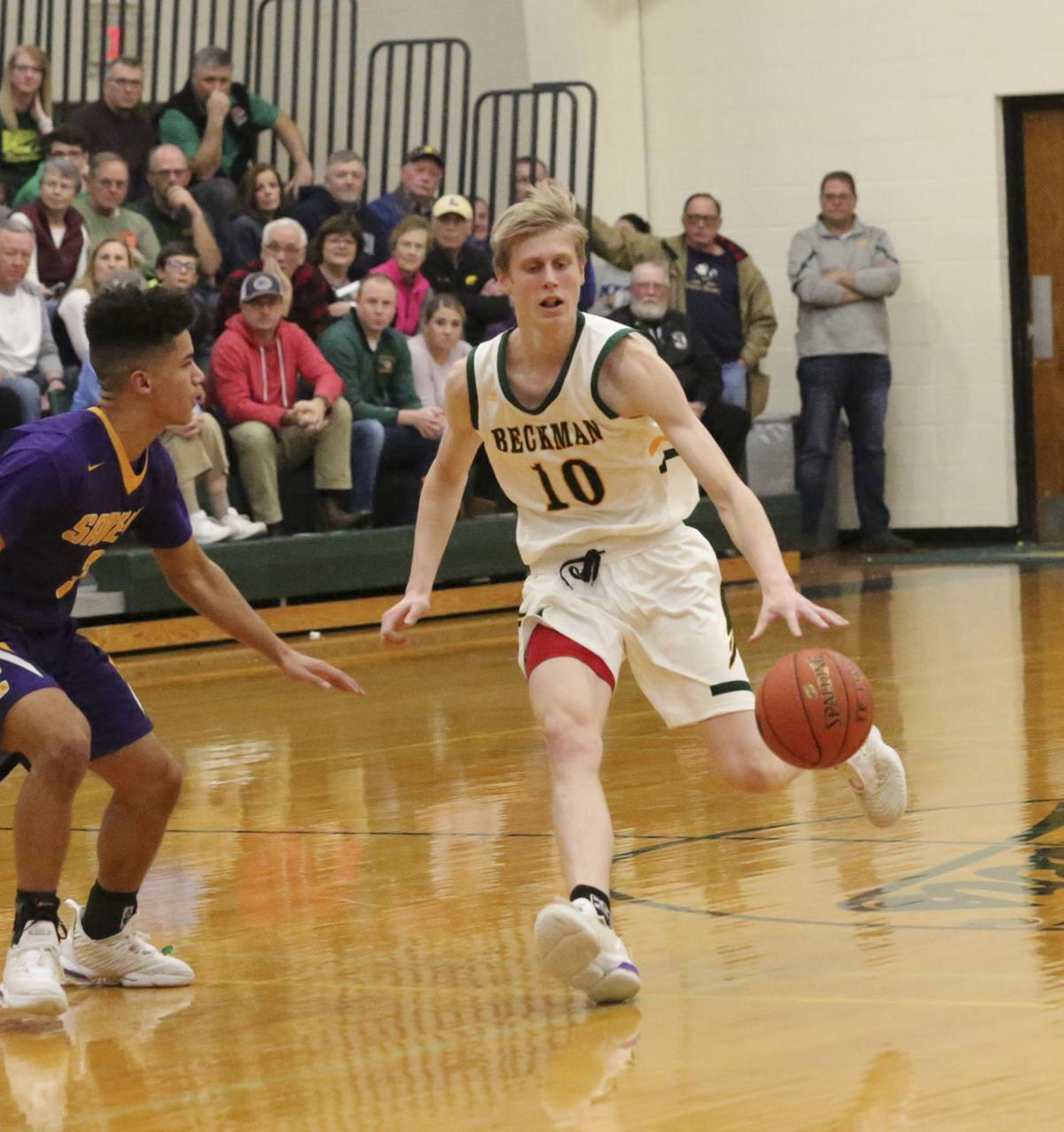 Michael Keegan goes up for his first two points against DeWitt, Jan. 28. Keegan scored his 1,000th point in the WaMaC win.

Mason White attempts a three during their win over DeWitt.

Michael Keegan found double and triple teams in his way all night against DeWitt.

Michael Keegan goes up for points against Alec McAleer.

A battle for the ball pits Michael Keegan against most of the DeWitt lineup.

Jack Gehling goes up over DeWitt's Tucker Kinney to score two of his points.

Jack Westhoff goes for the block on a Tucker Kinney shot.

When Michael Keegan made the first of two free throws near the end of the third quarter of Beckman’s boys’ basketball game with Central DeWitt, Jan. 28, he hit the 1,000-point mark in his three-year varsity career. His 30-point night also helped his team to a revenge win, 56-38.

DeWitt handed the Blazers their first loss of the season, back on Jan. 3 at DeWitt, with a tight 58-55 decision. This time, it was all Blazers from the start. Keegan hit the first basket, and the second, and the fourth on his way to a 12-point first quarter that found the Blazers up 15-7 at its end.

Jack Gehling took over some of the scoring in the second frame, opening with two baskets, the last off a Keegan assist. Keegan sandwiched crowd-pleasing threes, the final one at the buzzer, around three Saber points for a 25-16 halftime lead.

The two players traded baskets to open the Blazer third and then helped ignite a mini-run of eight straight Blazer points to make it 37-21 midway through the frame. The Sabers never got much closer, especially when Gehling powered through four straight baskets in the fourth quarter. Both teams emptied their benches in the final minutes.

Coach Mike Molony added, “Needing 27 points to reach that milestone, Michael was the man on a mission that we need to see the rest of the season.

“Jack paced us down low adding 16 big points. It was a great team victory and statement against a top 3A team. Playing back-to-back games against that top team was a challenge in itself, but bouncing back from the performance of the night before where we knew we could have done more added some extra adversity. DeWitt was also coming off a back-to-back schedule. The coaches challenged the team about being tougher than last night and being tougher than the first time we played at DeWitt on both ends. The guys did a great job meeting this challenge.

“Despite some large size disadvantages we got in their face on the defensive end, forcing turnovers. Most importantly we won the rebound battle, something we lost badly at their place. On the offensive end, we didn’t shoot the ball as well but Michael provided a huge spark from the start.”

The night before, a make-up game at Clear Creek-Amana didn’t go as smoothly. The Blazers battled back from a 15-point deficit midway through the fourth quarter to almost take the game, just falling in the end, 73-71, for their third loss of the season against 13 wins.

CCA out-pointed the Blazers, 14-13, in the first and 20-18 in the second to lead 34-31 at half. A 16-10 third quarter bulge gave them a 50-41 lead at the break. The Blazers poured in 30 fourth quarter points, getting back-to-back threes from Logan Goedken when Luke had to take the bench in foul trouble, but the Clippers’ 23 kept them just in the lead.

Molony added, “We knew traveling to CCA we would be facing a type of team we hadn’t seen yet this season. They want to score as quickly as possible. The first half we were able to hang in the game despite a ton of foul trouble. The third quarter was the first time all year we seemed to lose focus on the game plan and rushed ourselves instead of staying focused on good possessions. This continued into the fourth where the deficit grew to as much as 15 points.

“With about five minutes to go we had to start our scramble strategy. I really have to give our guys credit. They continued to battle until the end. After, we collectively wished we would have played with that passion the entire night. There are no do-overs in basketball and luckily for us, we had to move on because we had to play again the next day.”

The Blazers hopefully ended the last of their three-game weeks with a resounding win at Solon, 63-43, to stand at 14-3 on the season.

Beckman jumped on the Spartans, instead of letting them hang around like they did at home, and led 40-14 at halftime. Solon got some back in the third, out-pointing the Blazers 13-5, but the teams were mostly even in the fourth to preserve the win.

According to Molony, “Entering Friday, we saw Solon had put up numerous strong performances at home against the conference’s best teams. We played our best half of basketball collectively in the first half. We talked (at half) about what happens if you give them an inch and when they are confident they are a different team. We were solid closing out on their shooters and, most importantly, holding them to one shot.

“On the offensive end they struggled to match up with our ability to handle the ball again as they had about 11 days ago. We did a great job attacking the basket and using both sides of the floor. We played the majority of the second half without Michael, which allowed others to step up and make plays. We hit our free throws all night since we forced Solon into gamble mode early in the half. It was an important road win to help us keep pace with the top teams in the league.

“We know we need to keep building on our last two games this week and play better as we face our last road game Tuesday (Feb.4) at Marion.”