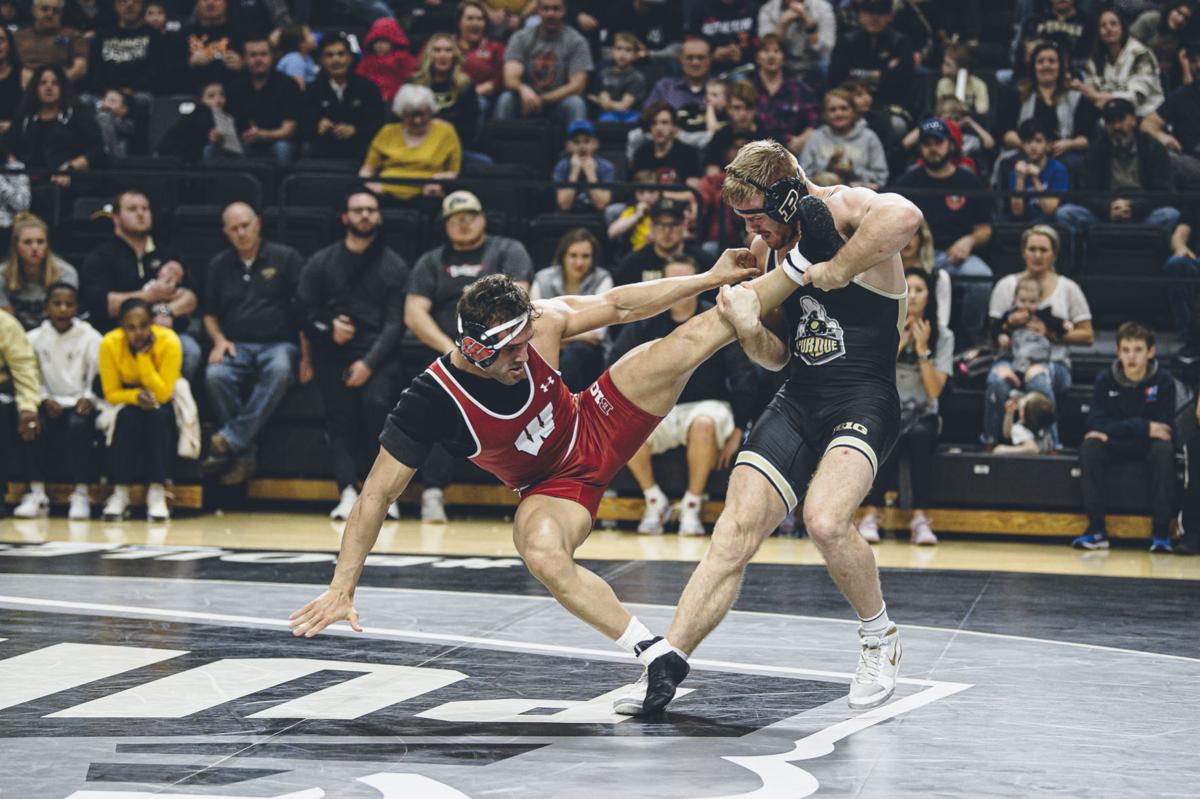 Max Lyon is making his mark at Purdue University. 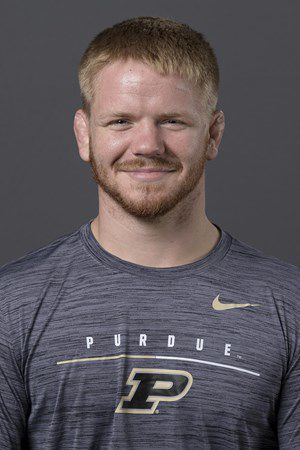 The NWCA announced its 2019-20 academic honorees for NCAA Division I, April 30, with awards going to 175 individuals representing 63 institutions.

“I take my academics very seriously,” said Lyon, an industrial management major. “I’m definitely in college to go to school and get an education first and to wrestle second. It’s second, but a very close second.”

Lyon is sitting out the COVID-19 pandemic at home in Dyersville, keeping up with his studies online.

“Actually when you called me I was in the middle of a final,” he said.

Lyon wrestled a solid junior regular season that led to a sixth-place finish at the Big Ten Championships at Rutgers University, in Piscataway, N.J., March 7-8.

After dropping a 7-1 opening round decision to Rocky Jordan of Ohio State, Lyon bounced back with three wins in a row, including a 4-2 win over fifth-seed Billy Janzer, of Rutgers, to reach the consolation semifinal, where he lost a 4-2 decision to Abe Assad, of Iowa. Lyon then had a rematch with Jordan in the fifth-place match that ended in a 6-1 Jordan victory.

With the Big Ten’s allotment of 10 wrestlers at 184 pounds, Lyon was headed to Minneapolis for the NCAA Championships.

“The NCAA Tournament at U.S. Bank Stadium was going to be awesome. As a Vikings fan it was going to be super cool. I was pumped just to be able to wrestle on that floor and say I was there,” he said. “Minneapolis is just a good town and I’ve always liked going there for events. I’m not sure where I was going to sit in the bracket, but I think I was going to be seeded somewhere around 30th.”

During the week between the Big Ten meet and the NCAA Championships, the dominoes started falling in the world of sports, and Lyon’s year ended.

“I found out on Thursday the week before the NCAA Tournament that things had been canceled, and headed home on Friday,” he said. “It was a sad time for everyone, but you really feel it first for the seniors on the team since it was their last go-round and last chance to do stuff at Nationals. There’s a shelf-life on a wrestling career.”

Lyon was a four-time state wrestling qualifier at Western Dubuque, finishing 37-6 to take fourth at 170 as a freshman, and 47-2 as a sophomore, when he dropped a tough overtime decision in the state final to take second.

“Max Lyon is one of a kind. If you are lucky as a coach, you get to work with someone like him once in your career,” said Bobcat coach Paul Cleary. “As an athlete, he is one of, if not the most, motivated wrestlers I have ever seen. He had a progressive, forward-thinking, fearless mindset from the first time I met him.

“As he progressed in his wrestling career, he became one of the best leaders we have ever had. That was highlighted his senior year when we wrestled Hempstead in the regional dual final. We had injuries to several of our regulars, and I knew we would need to bump Max up to 220 from his regular 182. After checking with the state, Max weighed in at 195 so he could go to 220. Max then went out and won a major decision over a wrestler that outweighed him by 40 pounds and we made it to state duals.

“Max was completely selfless, as he wanted whatever was best for the team,” Cleary said. “As a student Max is one of the brightest athletes ever. He took all the college credit courses he could and excelled in every one of them. I will always tell stories of Max Lyon, as he is the definition of Bobcat Strong.”

Lyon credits his years at Western Dubuque for his development.

“The coaching staff at Western Dubuque has always been just great. As you know, Coach Cleary really cares — a lot. That matters for the kids whose main passion isn’t wrestling. We make it to team state as much as we do because he cares so much about all of the kids, not only with wrestling, but with academics.

“It’s just a good environment for us to grow and develop in. We always have fun with wrestling and take the stress off of it. My junior and senior years the whole team was competing hard and having fun together and that’s what it’s all about.”

Lyon’s wrestling career got started at an early age, where he developed a love of the sport.

“I was probably three or four when I got started. I got into it pretty heavily when I was in third or fourth grade, but early on it’s more a case of just rolling around a padded room and having fun,” he said. “Danny Gotto — who recently retired — was a big part of the program, getting the little kids to develop and to love the sport. He played a huge role in the development of everyone in the program. They have some big shoes to fill to replace him.”

As one would expect, Lyon was heavily recruited by a wide range of colleges.

“The recruiting process was fun having coaches calling and asking me to visit. I had a lot of options, but in the end I chose Purdue because I trusted Coach Tony Ersland the most. He is a former Iowa wrestler and an amazing communicator. Plus Purdue had the specific major I was looking for.

“Purdue is a world-class operation and they give us lots of resources. The question is really, ‘What don’t we have at Purdue?’,” said Lyon. “I asked what I could do with anindustrial management degree, and was told ‘Anything you want.’ People with my major have gone into engineering roles, managerial roles, but what I want to start my career in is manufacturing.”

Lyon plans on being back on campus next fall for his senior year, and looks forward to getting back on the mat against Purdue’s big in-state rival Indiana.