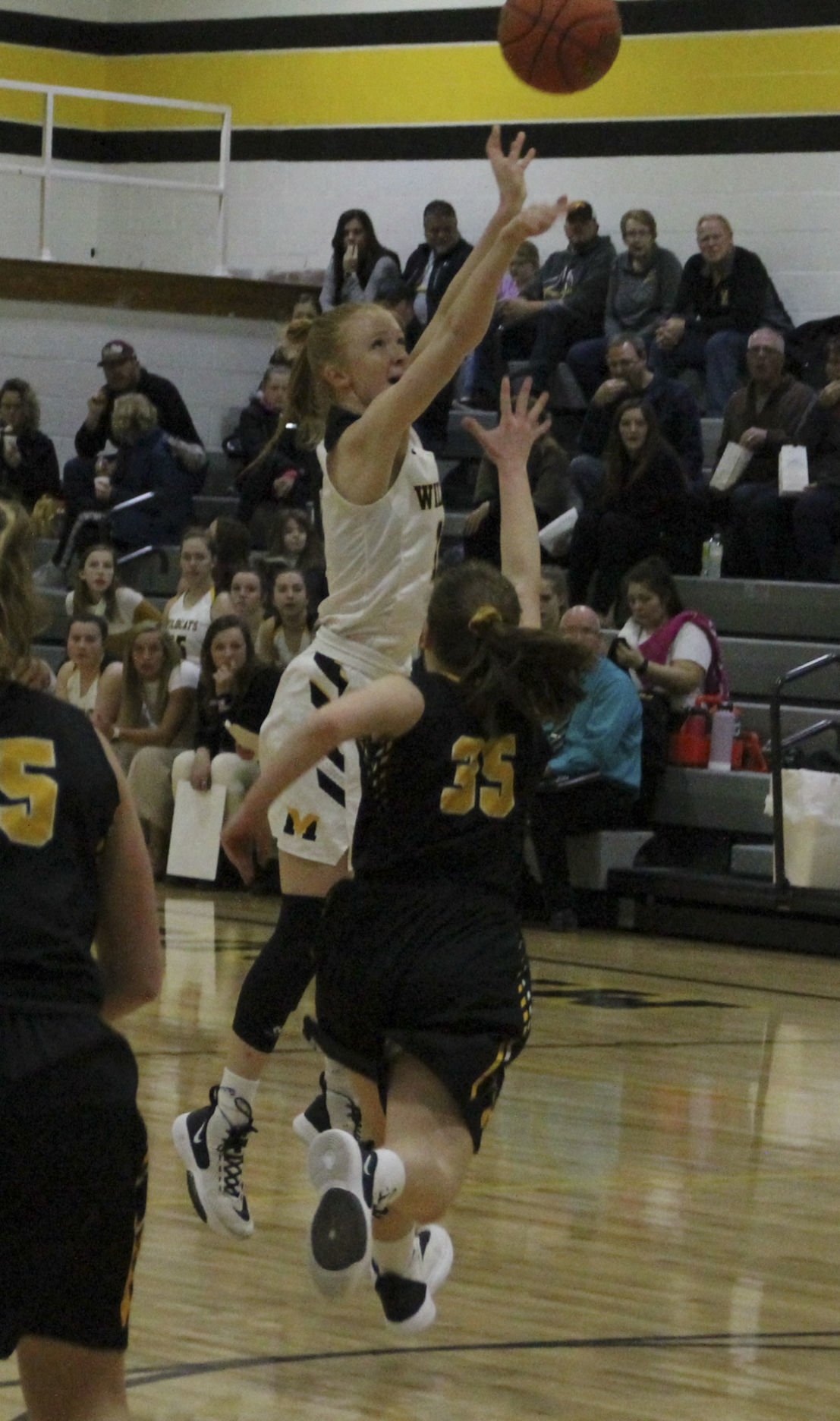 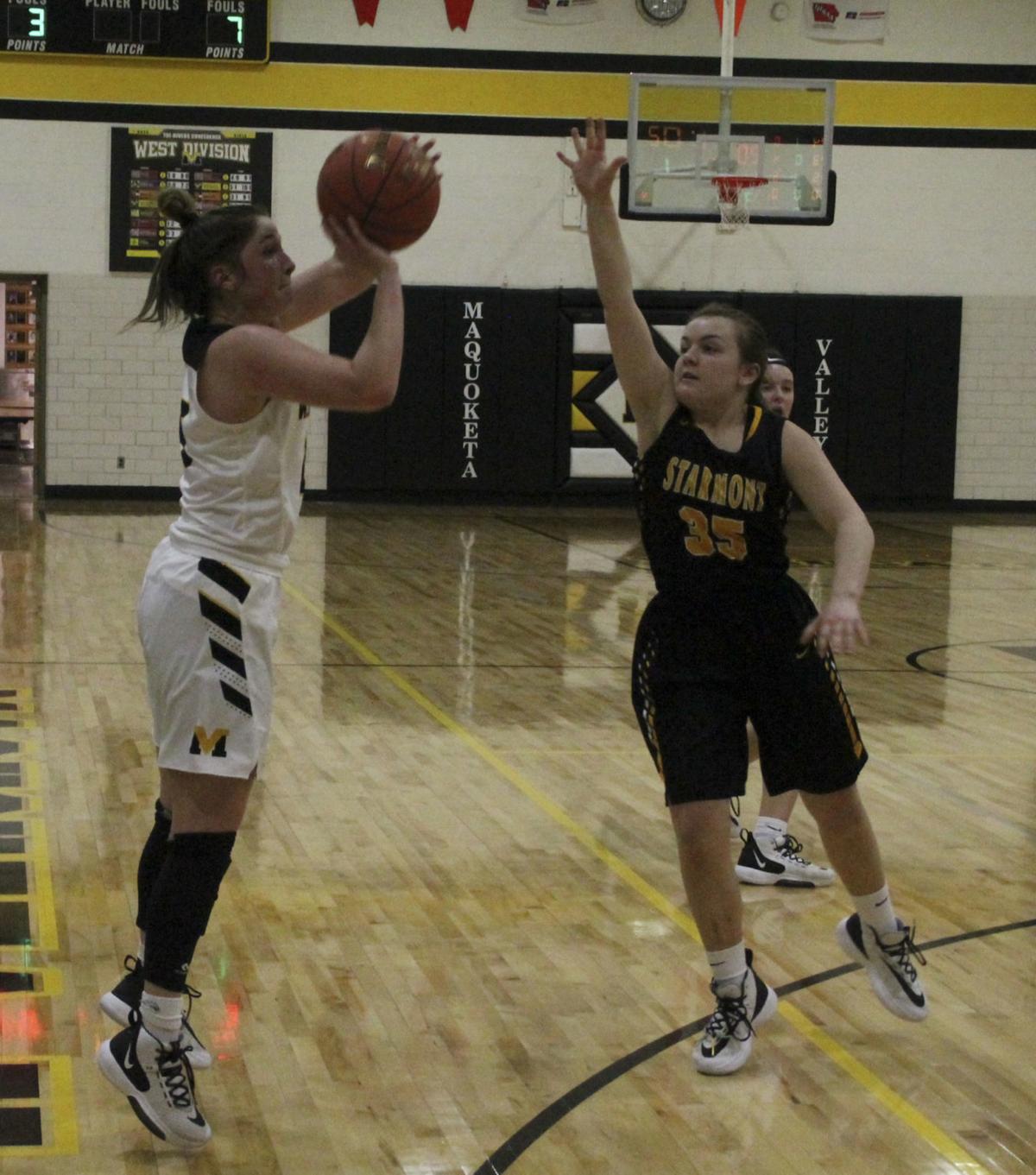 Ella Imler puts up a shot for Maquoketa Valley.

Ella Imler puts up a shot for Maquoketa Valley.

Against Starmont, the Wildcats started strong, scoring a total of 49 points to Starmont’s 18 in the first half. The second half was much more mild-mannered as the Wildcats added15 points, but still came away with the win. Taya Tucker and Ella Imler led the team in scoring with 23 and 24 points on the night.

“I really felt we played very hard. We had a great effort on the defensive end of the floor.” Said coach Scot Moenck.

Moenck was pleased that his team was able to hold Starmont to just 29 points.

“We played hard without fouling and made scoring very hard for them,” he said.

The next game of the week for the Wildcats was against Alburnett, which was a close one, but a victory none the less.

The Pirates had the upper hand early, outscoring MV, 15-8 in the first half. MV came out of halftime on a mission and bettered Alburnett, 14-6, to take the lead 22-21. The Wildcats outscored the Pirates, 9-6, in the fourth to earn the win.

Complete statistics of MV’s win over Alburnett were not available at press time.