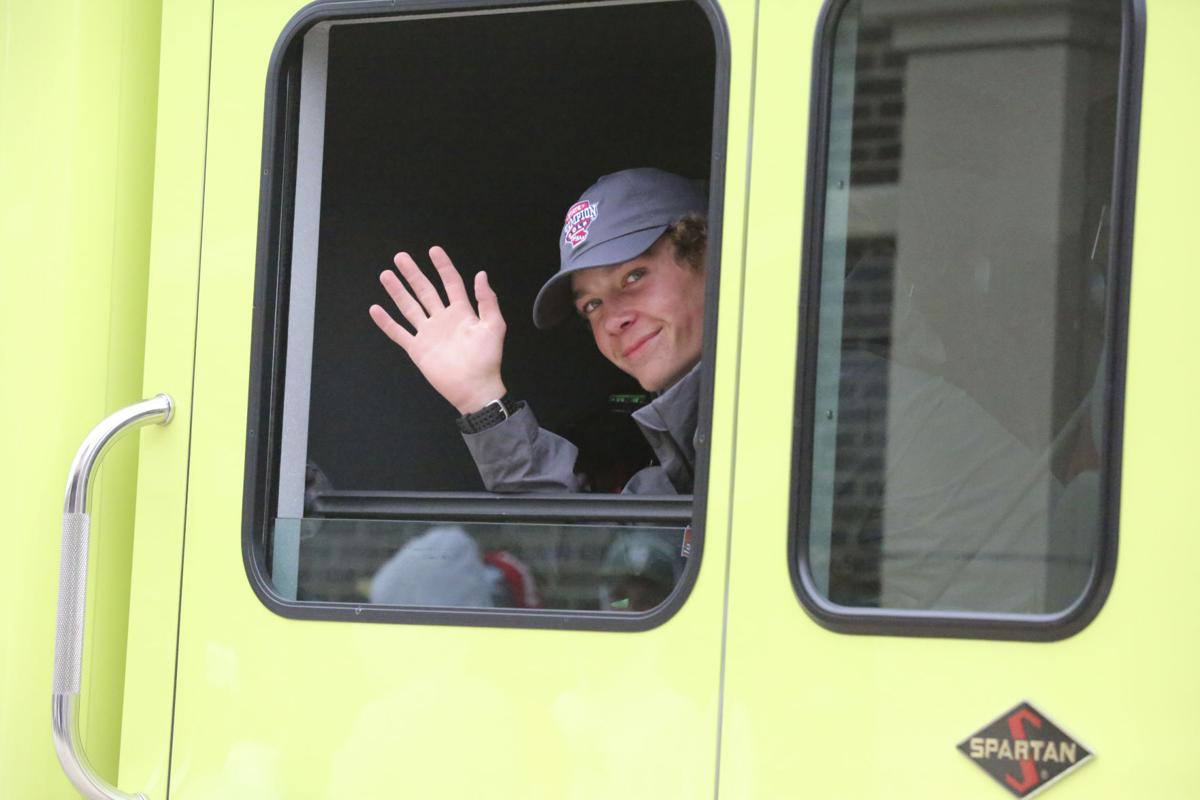 Class 2A state golf champion Nate Offerman waves from the window of the fire truck that escorted the golf team through Dyersville on their return from the state tournament, May 28. 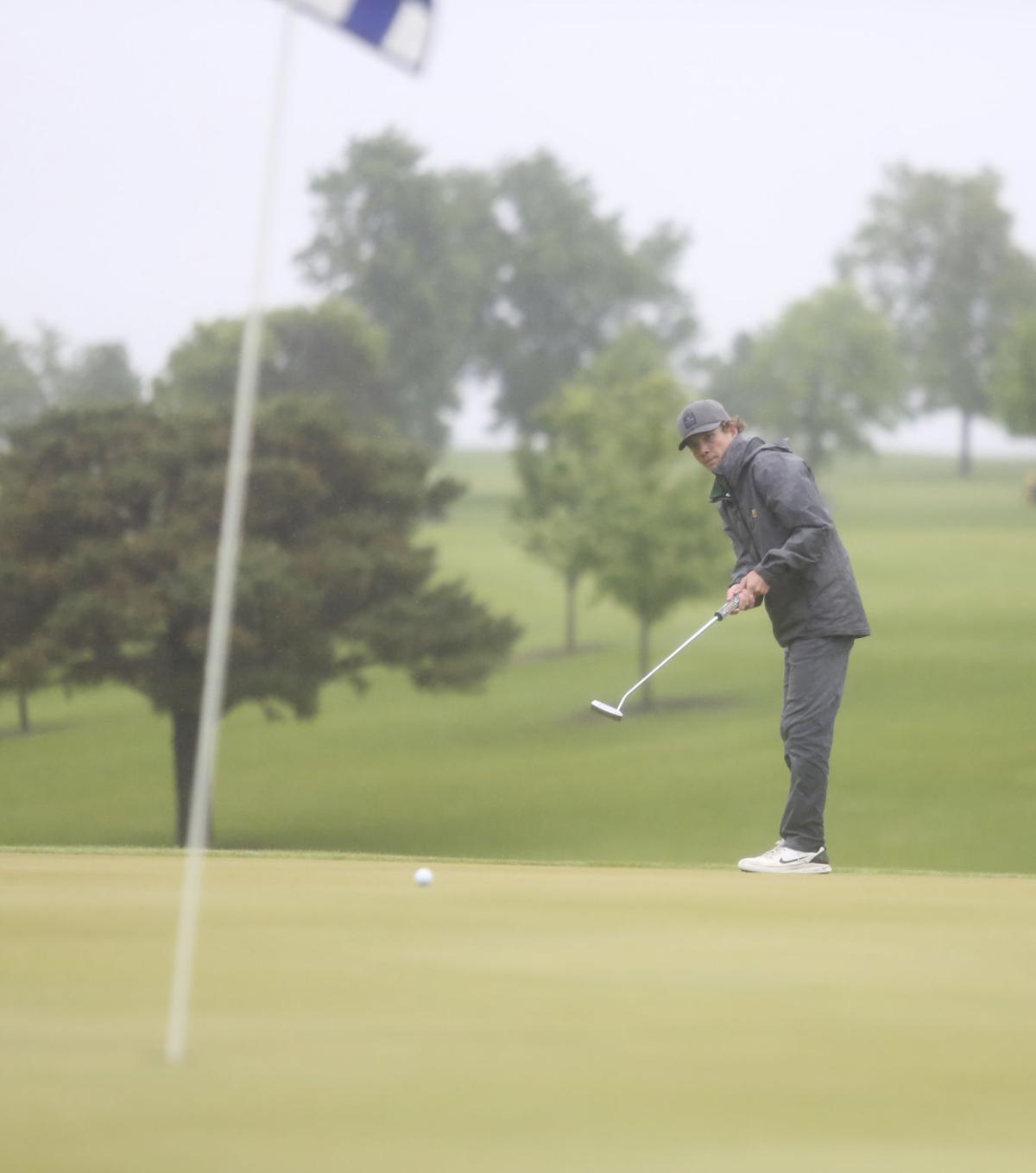 Beckman Catholic’s Nate Offerman rolls a long putt during the Class 2A State Golf Tournament, at Lakeside Golf Course, in Fort Dodge, May 27.

Class 2A state golf champion Nate Offerman waves from the window of the fire truck that escorted the golf team through Dyersville on their return from the state tournament, May 28.

Beckman Catholic’s Nate Offerman rolls a long putt during the Class 2A State Golf Tournament, at Lakeside Golf Course, in Fort Dodge, May 27.

It took a second-day comeback of nearly epic proportions, but Beckman sophomore Nate Offerman did what he needed to do to win the Class 2A state golf title by two strokes May 29 in Fort Dodge. It is the first individual golf title in Beckman school history for a male golfer.

Offerman, who shot 79 the first day, was in seventh place when he teed off Friday. And unlike most tournaments, he wasn’t paired with any of the top-10 golfers. The unusual format on day two kept the top three teams together, then the next three, and the next three. With his team in seventh, he was playing with the first golfers of the eighth and ninth place teams, Western Christian and Emmetsburg.

Only Western Christian’s Cole Feenstra was anywhere close to the top 10, shooting 82 on day one. That left Offerman pretty much in the dark when it came to learning how the leaders were doing.

Offerman ended with six birdies on the day, tied with two other golfers for the most in the two-day event, and shot a two-under 70 for a 149 total. “It was maybe 20-30 minutes before the final guys came in and we found out it was good enough,” he smiled. “It’s a dream come true, really.”

Coach Darin Michels added, “Nate ended with a birdie on his last hole (14) and he walked over and gave me a hug. He knew he had played as well as he could and then we had to wait.

“What was a dreary two days of golf ended up being days in the record books for Nate. It’s unfortunate the kids had to compete in such horrible conditions. Had the weather been normal for May, I think you would have seen a much closer race from the other teams for the title. And what a performance from Nate. He had one goal in mind after finishing the first day and that was to get closer to the top of the field. I have never seen such resilience and determination from anyone in my 23 years. After draining the last putt on the last hole for birdie, we knew he had a strong shot at the title.”

Michels said, “TJ played really well today and Ty cut strokes as well. We’ll see what happens as they practice this summer and turn out next year. These boys have a lot to be proud of — they compiled a record of 53 wins and 18 losses, finished second in a competitive conference losing only to the state runner-up in 3A (Solon) and placed eighth in the state among 96 teams. These memories are ones never to be forgotten.”