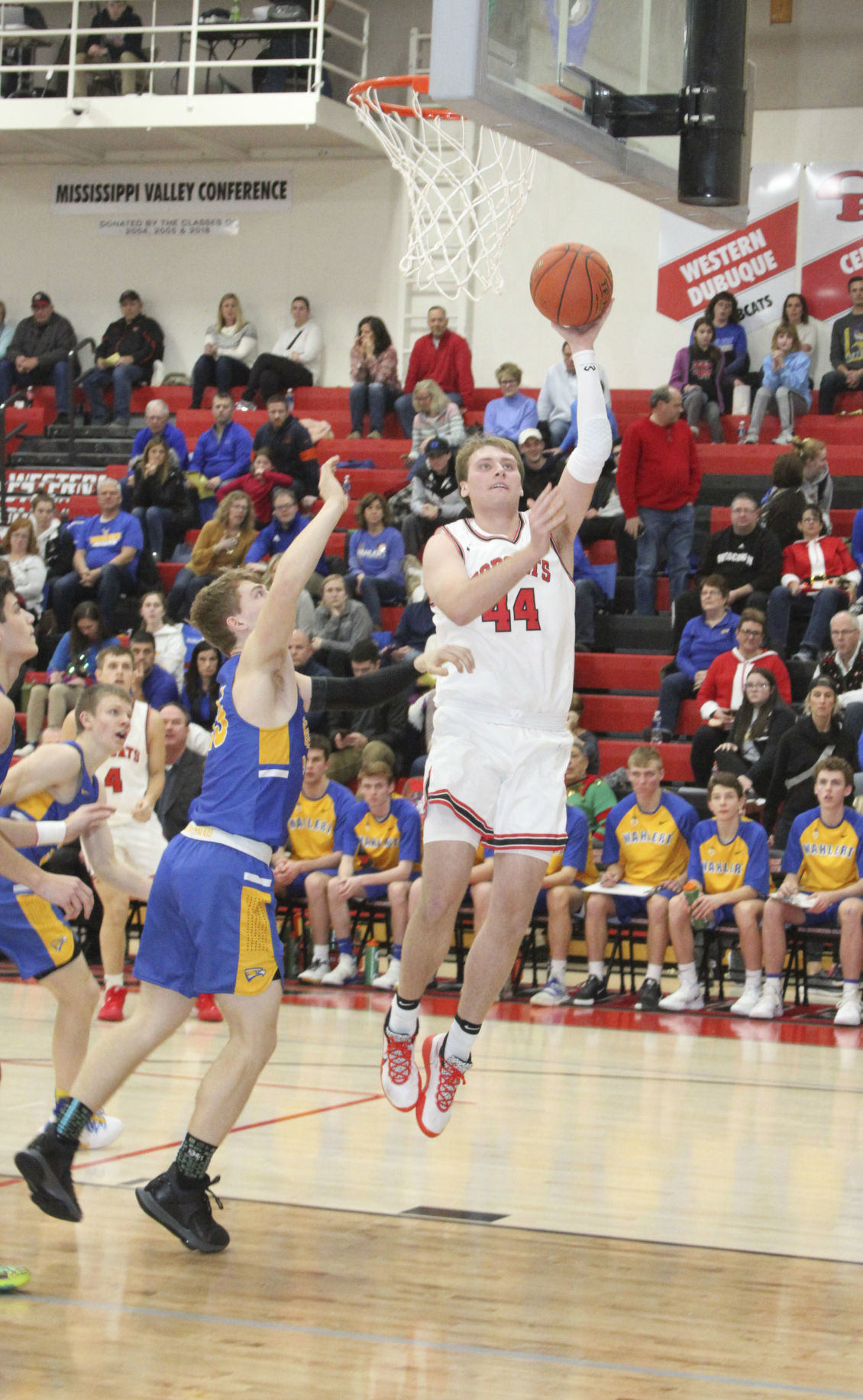 Dylan Johnson scores two of his team-high 18 points during WD’s loss to Wahlert. 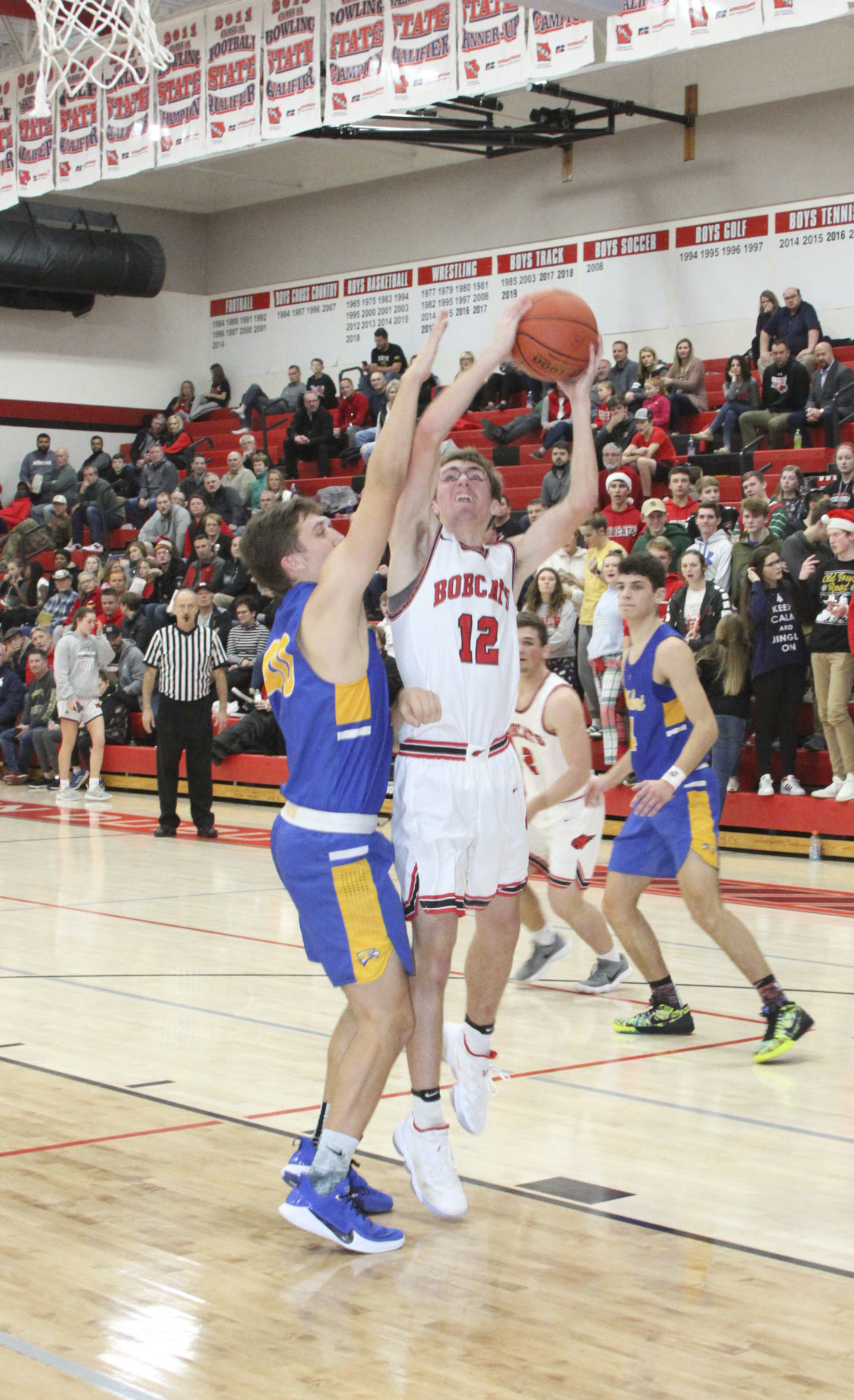 Michael Kraft tries to get off a shot in the lane.

Dylan Johnson scores two of his team-high 18 points during WD’s loss to Wahlert.

Michael Kraft tries to get off a shot in the lane.

Dylan Johnson picked up his first double-double of the season, but it wasn’t enough as the Western Dubuque boys’ basketball team bounced by Wahlert, 50-34, in their Mississippi Valley Conference match-up in Epworth Dec. 20.

The Bobcats never led in this game and had issues handling the basketball all game long. The only time they scored consecutive baskets was when Johnson made back-to-back buckets in the paint with the last field goal happening with six minutes left in the second quarter. Those baskets cut the lead to four at 14-10, and that was as close as the Bobcats would get.

“Tonight was my fault. We weren’t ready to play, but we need this break. Plain and simple,” said Wayne Cusick, head coach of the Bobcats, about entering the holiday break. “You can’t have a bad game in this league. If you have a half-bad game in this league, you can get buried. All said, we’ll come back on Monday and get back to work and see what we can do.”

Johnson has been one of the team’s bright spots so far this season. The 6-6 junior is averaging 17.6 points a game. Garrett Baumhover, a junior guard, is the only other Bobcat in double figures at 11 points a game.

Against Wahlert, Johnson pulled down 11 rebounds and scored 18 points. Many of the baskets Johnson scored in this game were on set plays where the Bobcats worked to get him the ball so he could work in the lane.

“We scored out of our set plays when we ran them right, but we can’t run set plays for Dylan on the block every time we bring the ball up court,” said Ben Wilson, an assistant coach for the Bobcats. “If we weren’t running sets, we weren’t scoring against Wahlert.”

“We can’t do that in this league. Teams in the Valley scout that stuff. That’s the difference that we are still trying to adjust to,” said Cusick. “In the WaMaC, we could run the same set several times in a game and have lots of success with that play, but these teams adjust to those plays and that’s if the defense isn’t already communicating to each other what play we are going to run before we run it.”