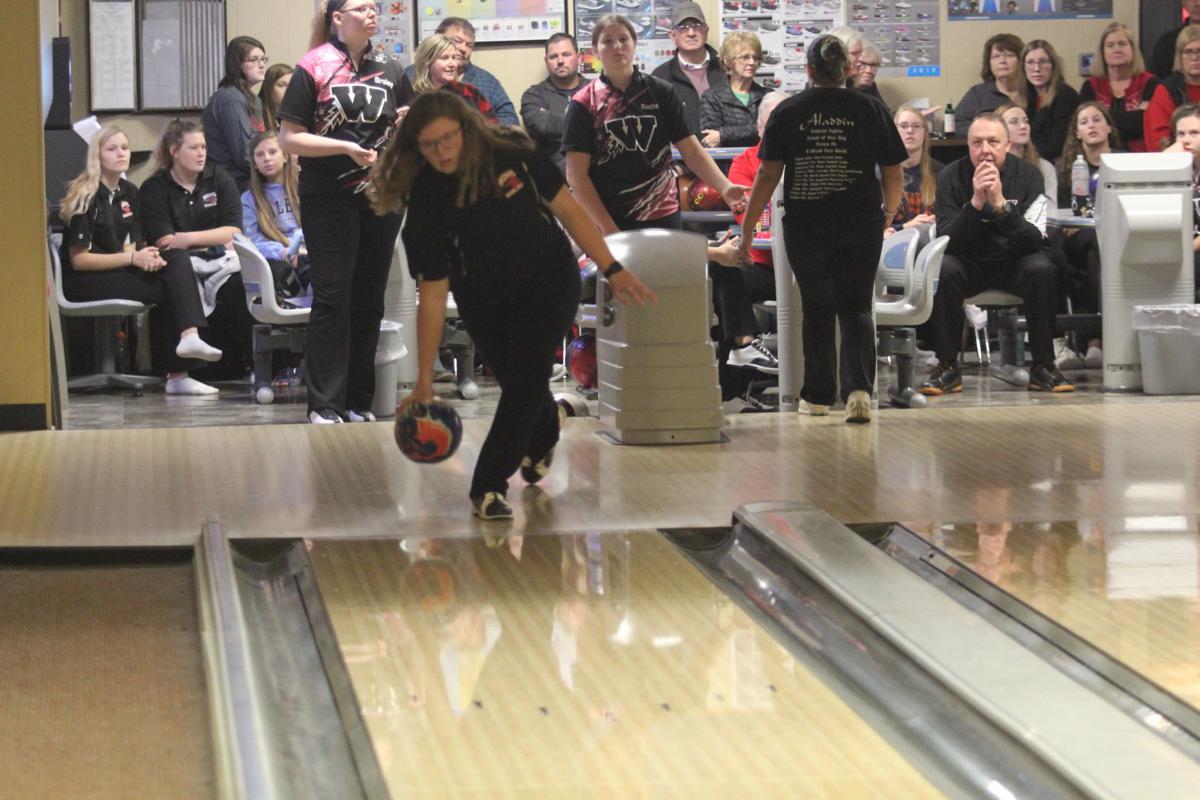 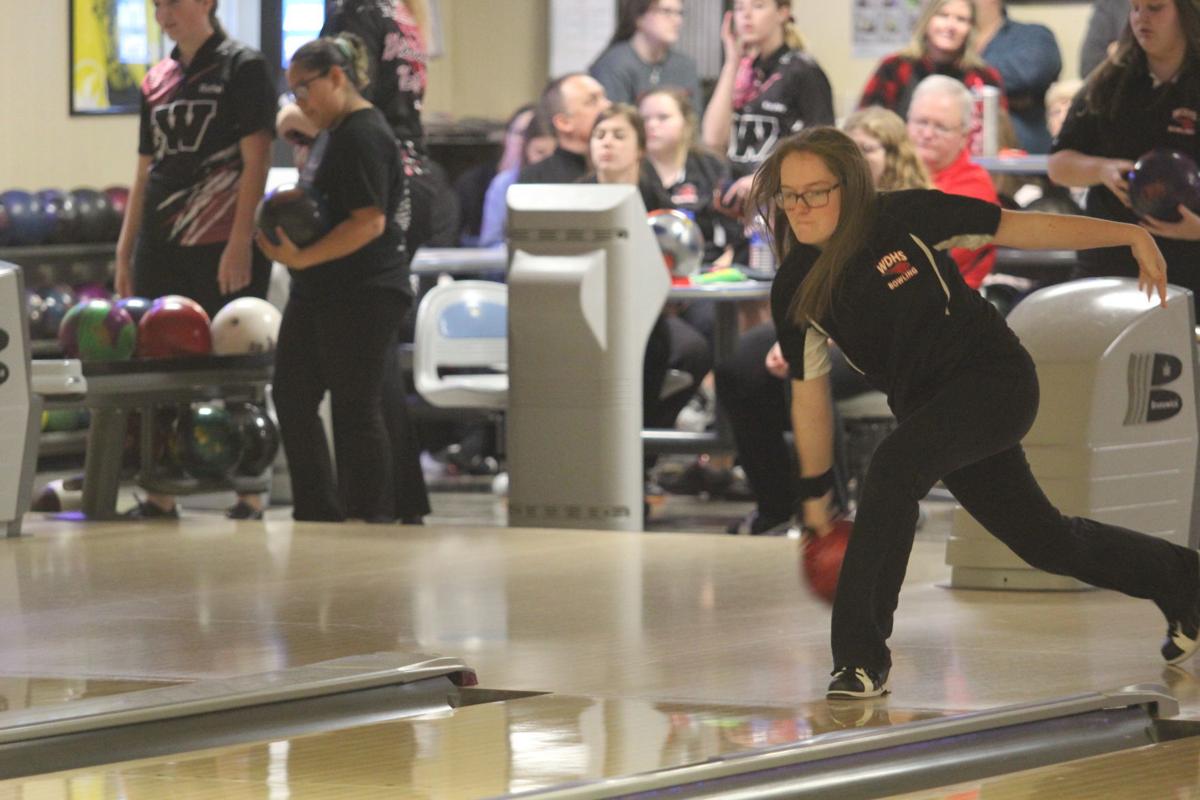 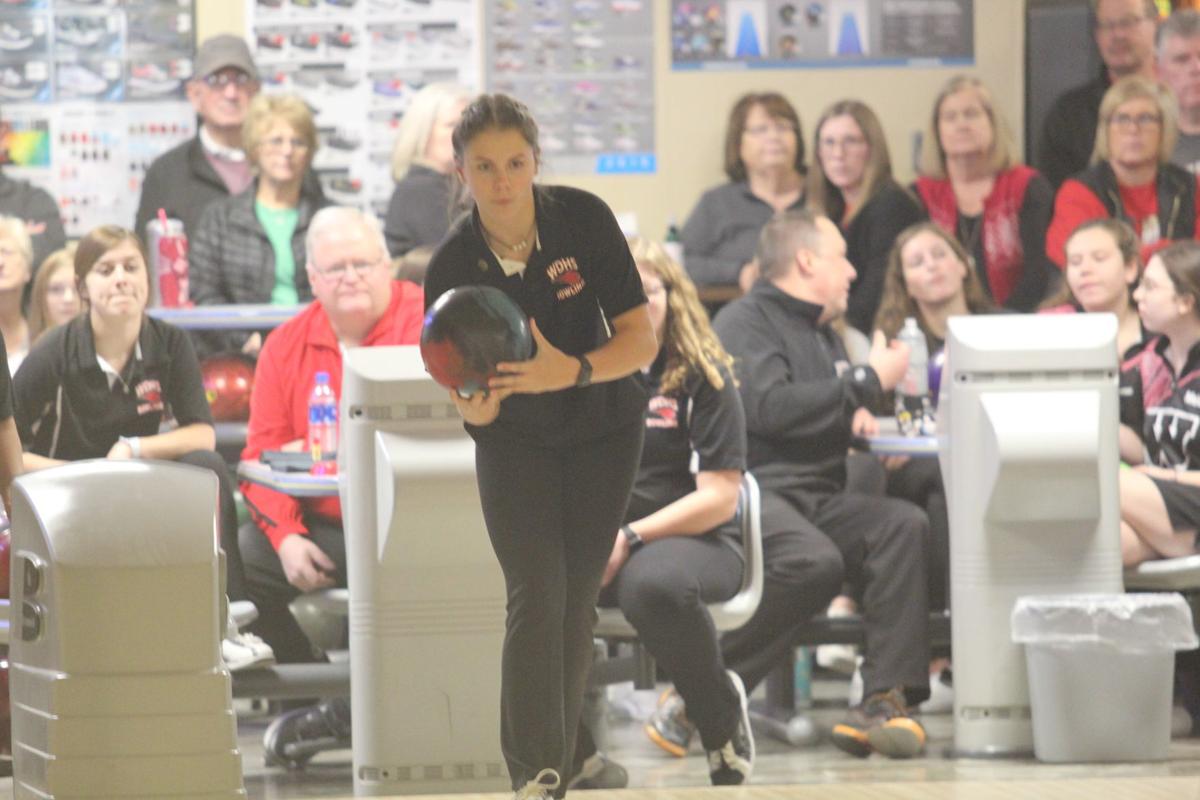 Sara Horsfield eyes up the lane as she prepares for her shot.

Sara Horsfield eyes up the lane as she prepares for her shot.

After having one of their highest averages in team history last year, the Western Dubuque girls’ bowling team came into this season looking to build on that number.

Sara Horsfield led the way for the Bobcats as she shot a 382 (181-201). Her teammates Rylie Bergfeld 377, Olivia Neyen 343, Grace Kramer 309 and Hannah Kluesner 256 followed her and added scores for the team total. Lanie Konzen shot a 251 that was not counted.

“We bowled really well tonight and I think that we can continue that throughout the rest of the year,” head coach, Kay Heiberger, said.

Western Dubuque notched an 182.2 average during baker games against Waterloo West which was higher than their baker average a year ago. Their games were 175, 189, 171, 195 and 181. Rylie Bergfeld said that she and her teammates feed off each other’s energy.

“We will be good this year,” she said. “We fed off of each other really well tonight, and I think we will continue to do that this year. Coach Kay always says that we have to keep screaming to keep the energy up. I was really excited for tonight.”

“Bowling is a tough thing to judge because you’re not directly competing against your opponent, but I thought we bowled decent tonight,” Kevin Theisen, assistant coach, said.