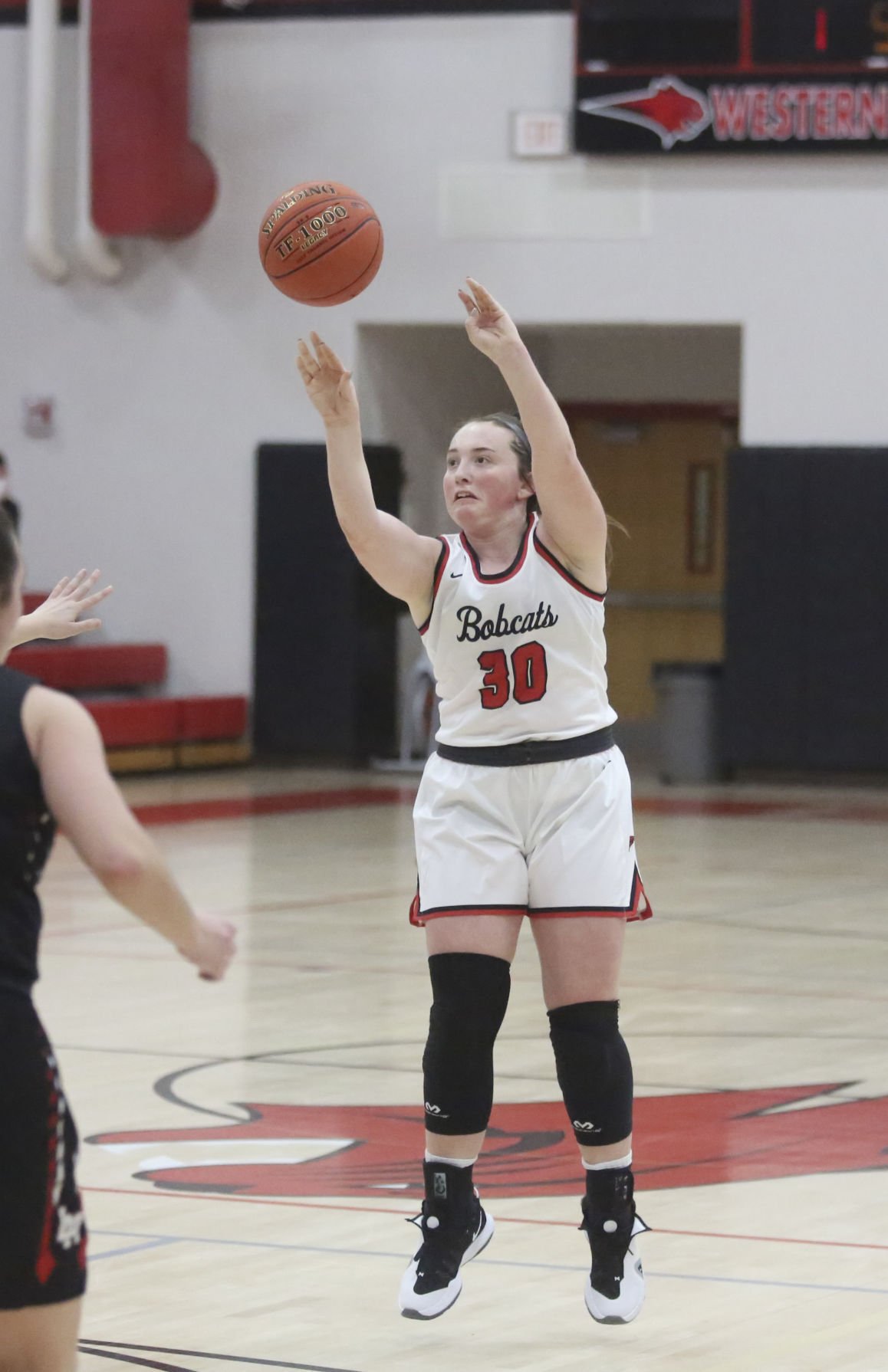 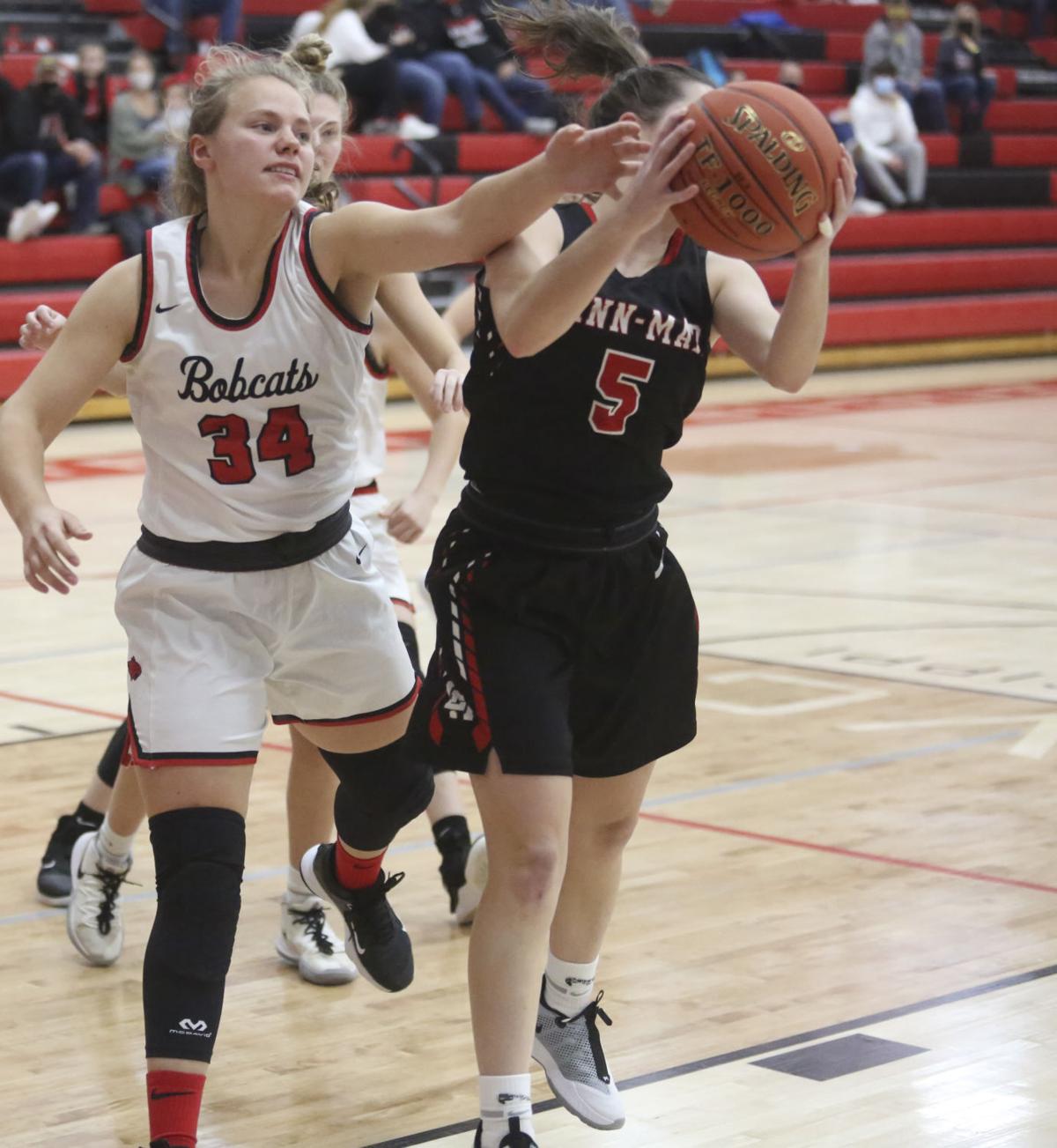 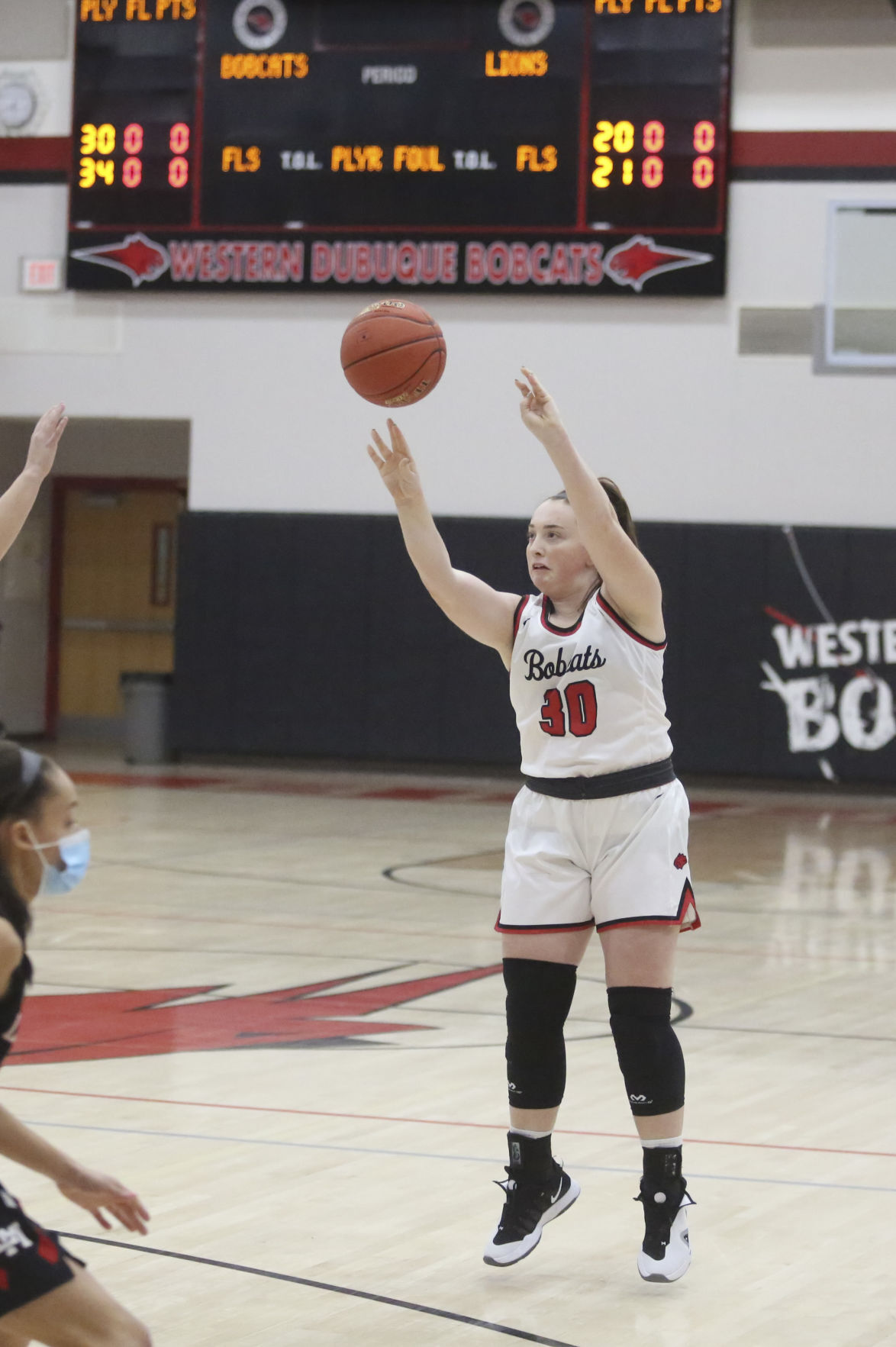 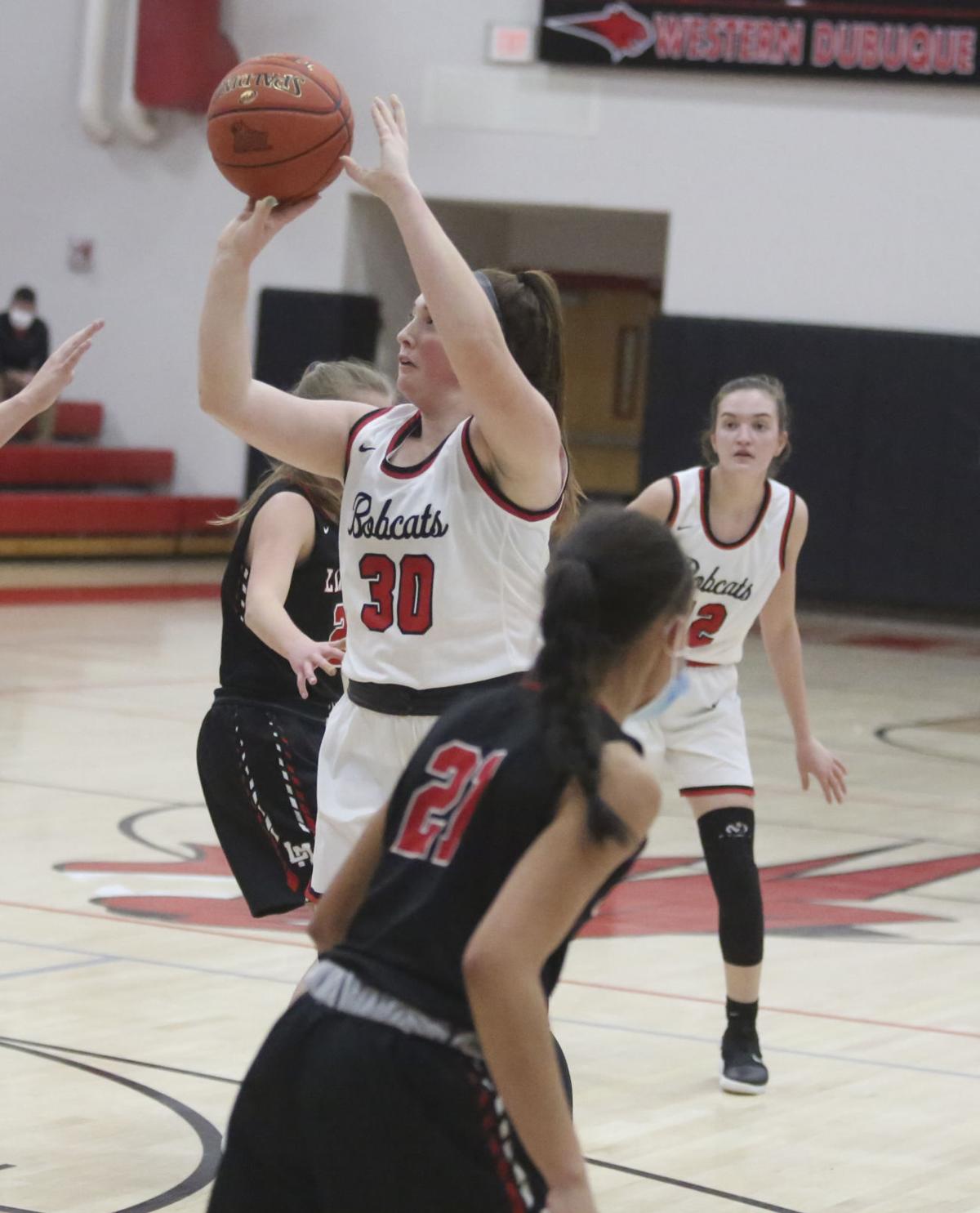 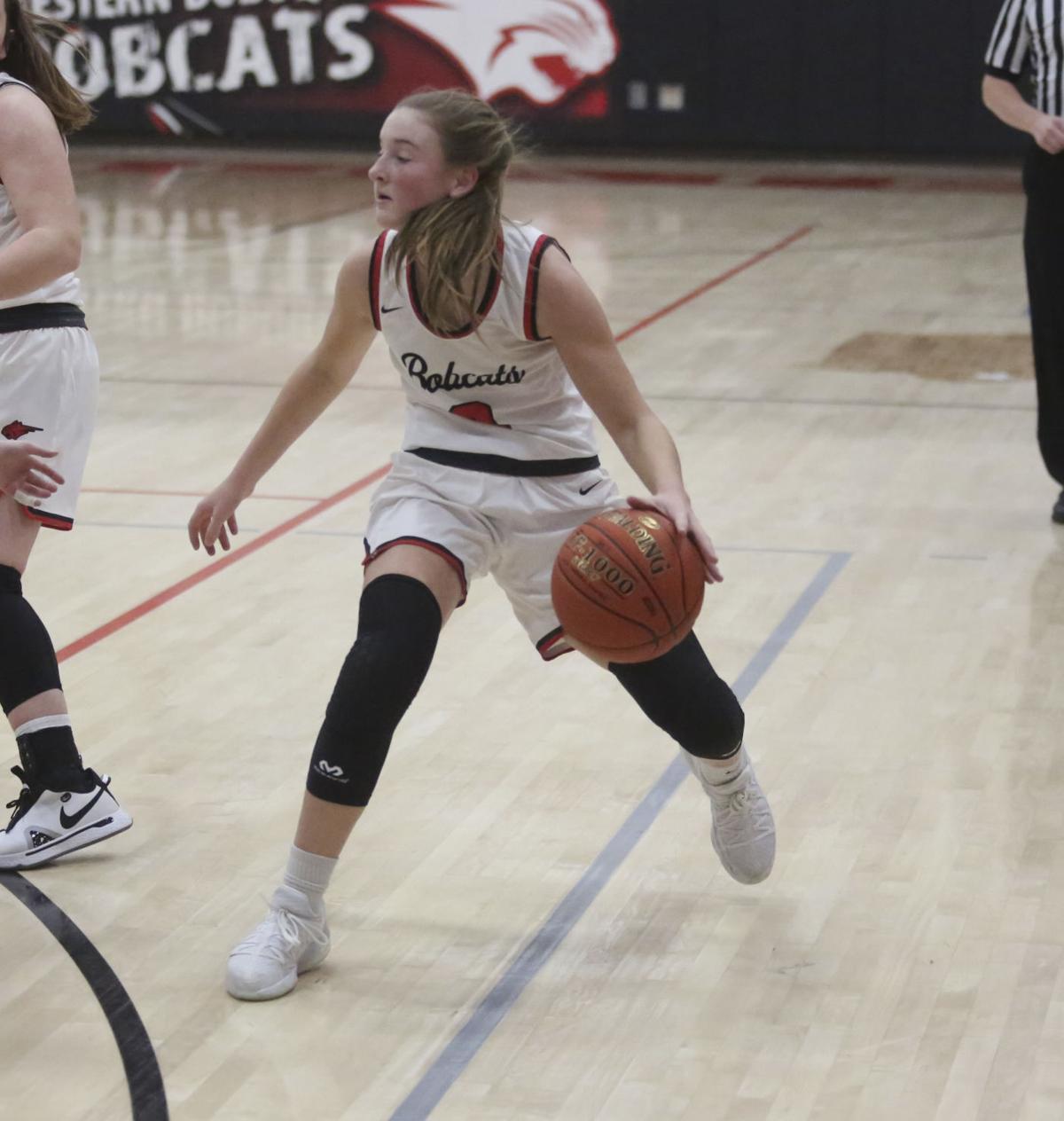 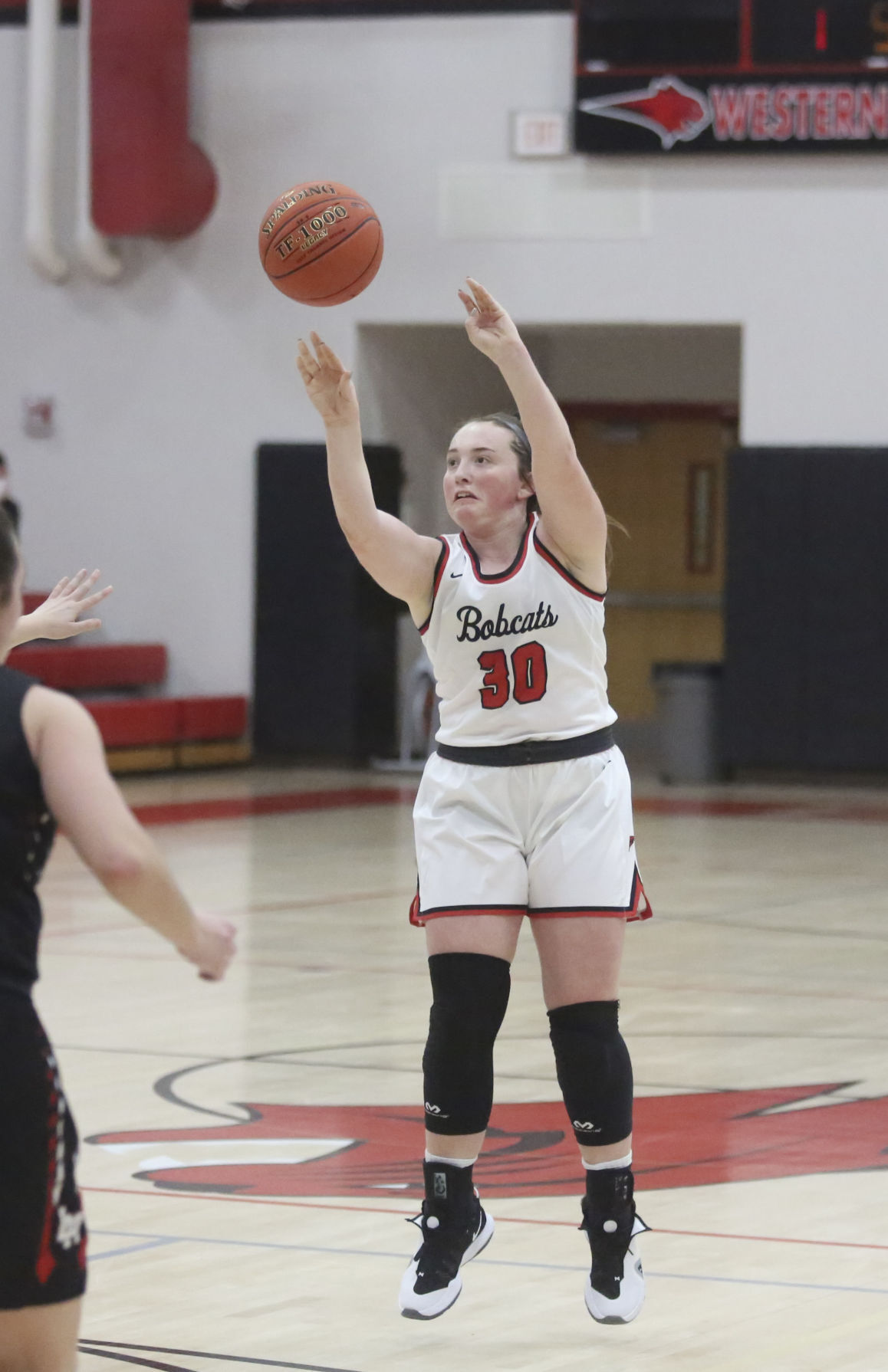 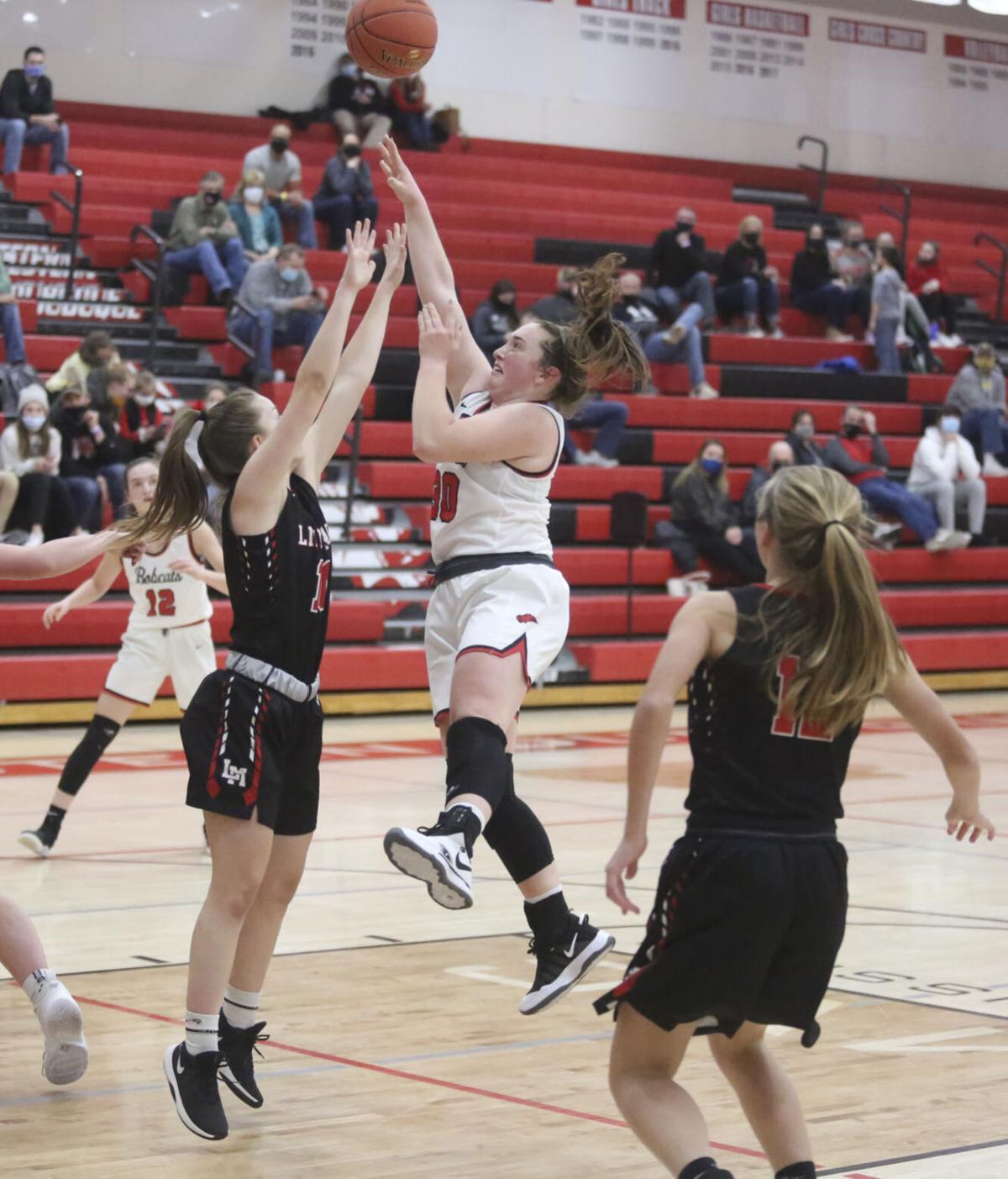 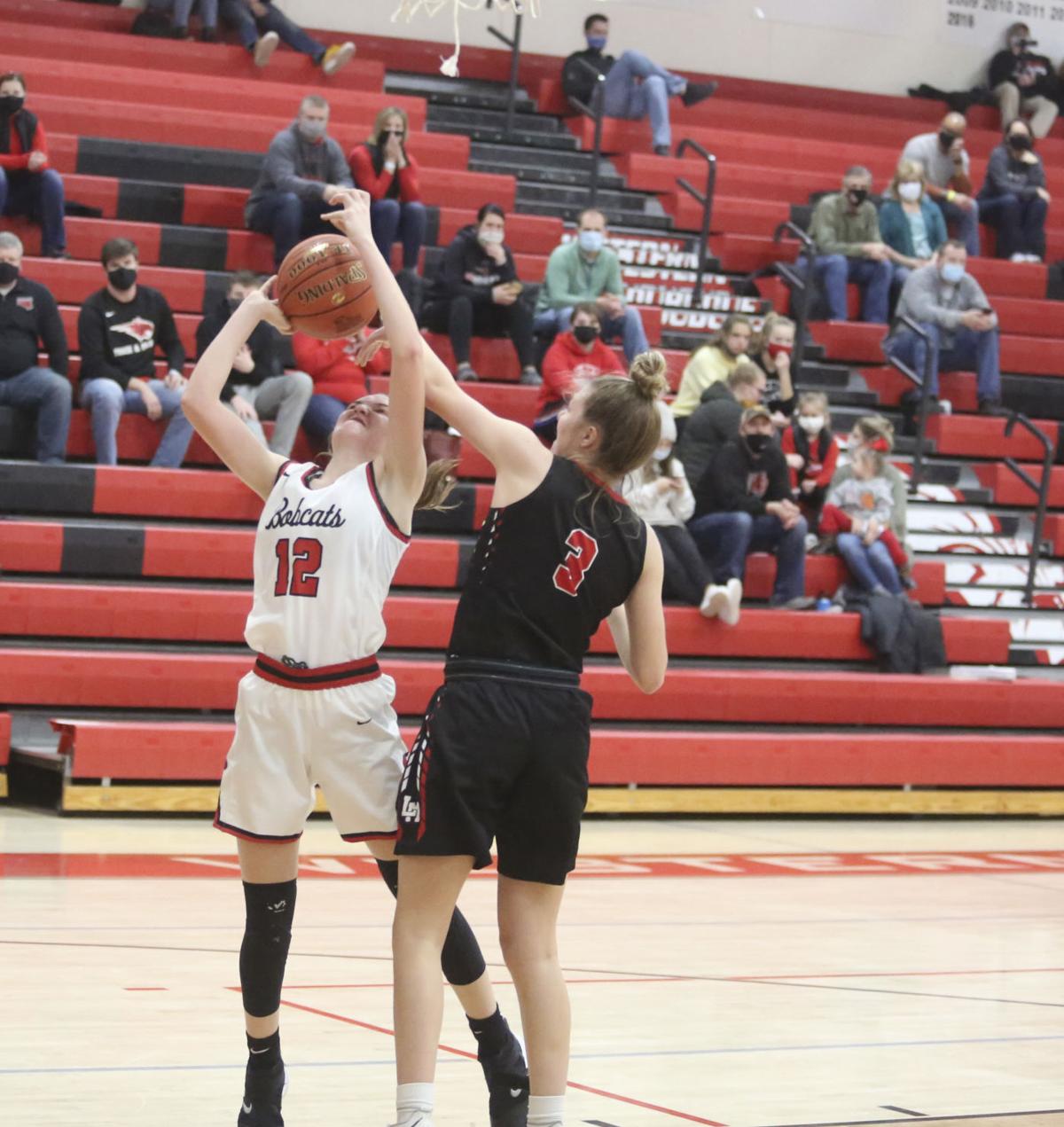 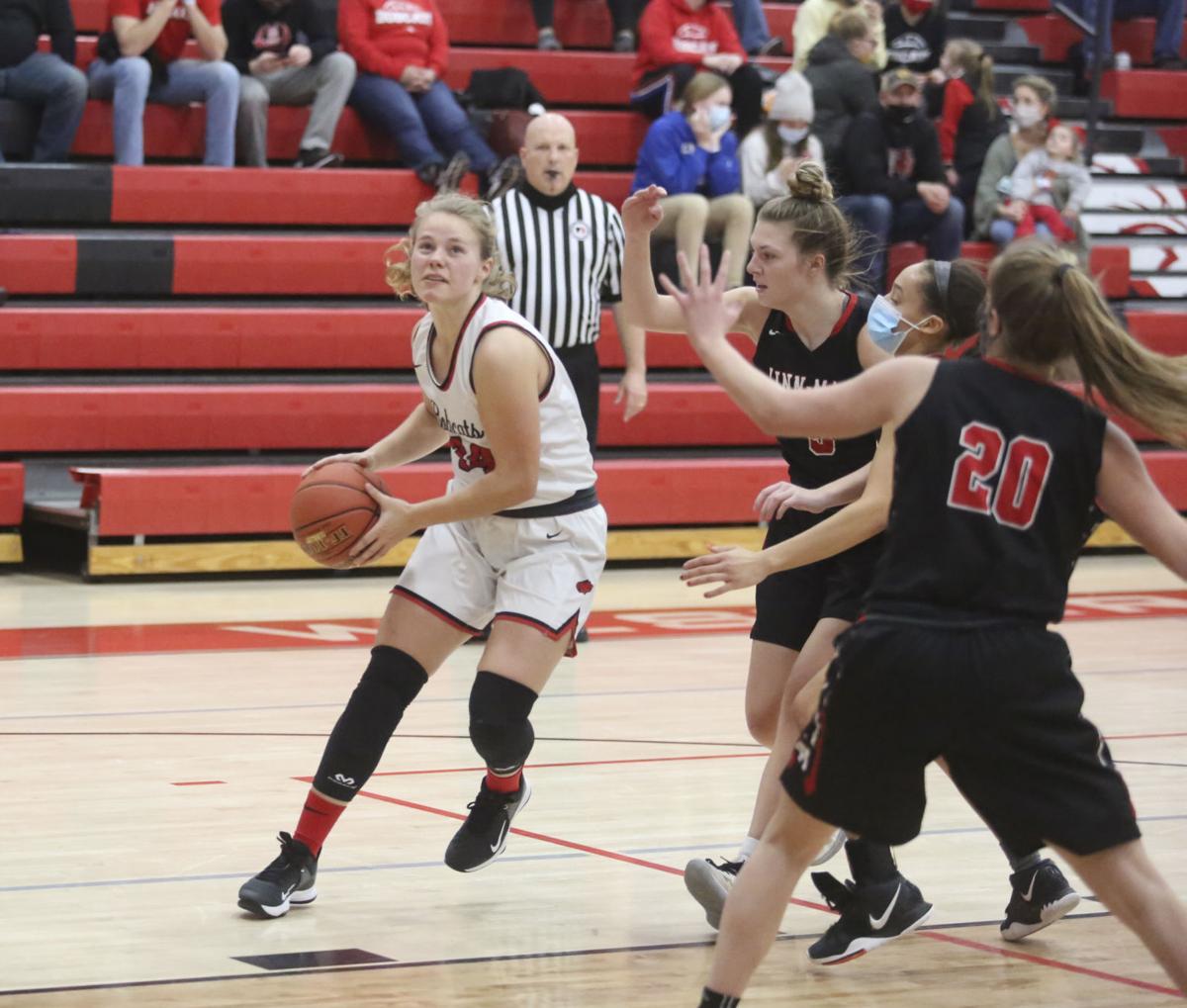 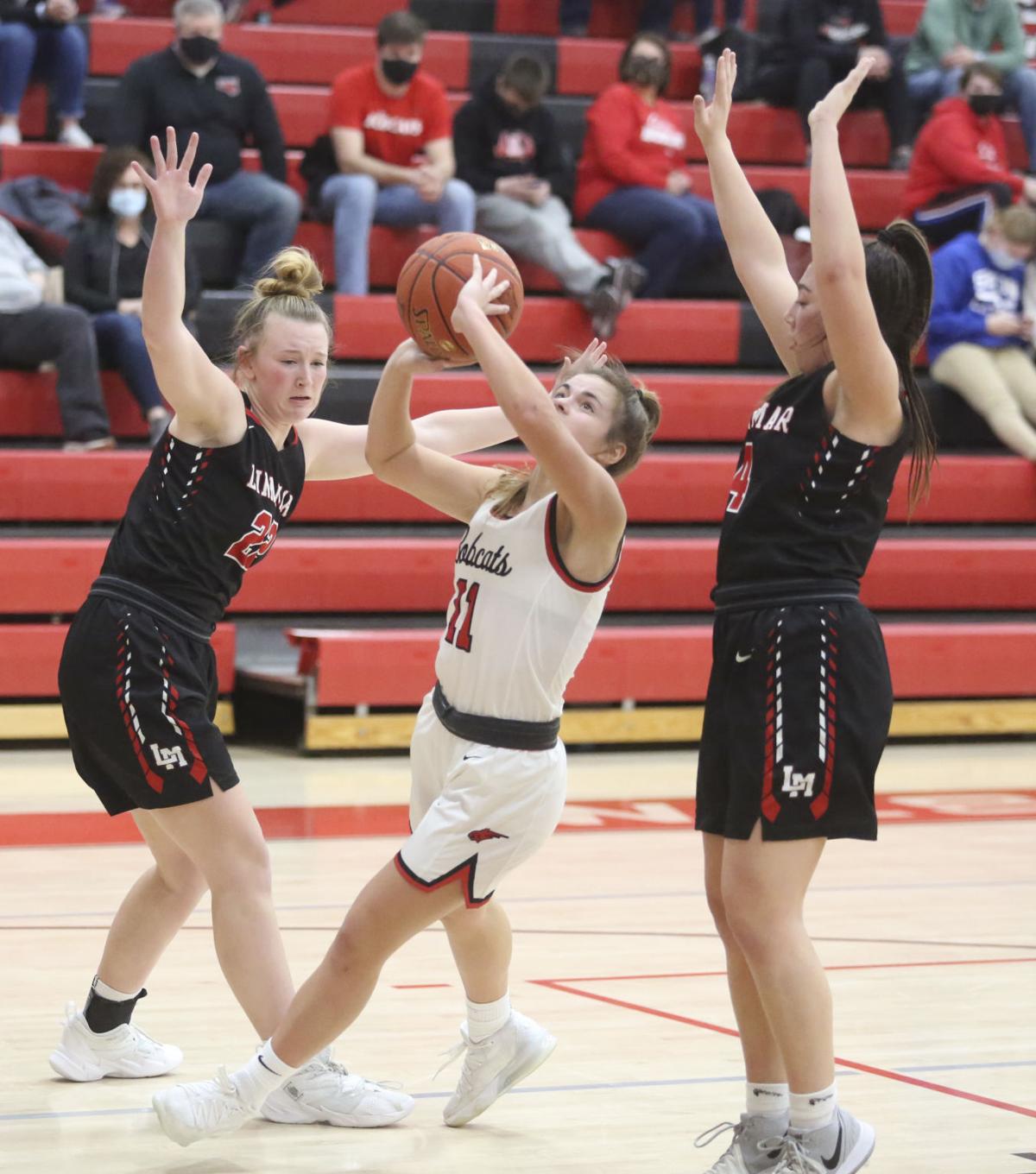 Western Dubuque's Carson Koerperich is tripped up on the way to the basket against Linn-Mar, Jan. 8. 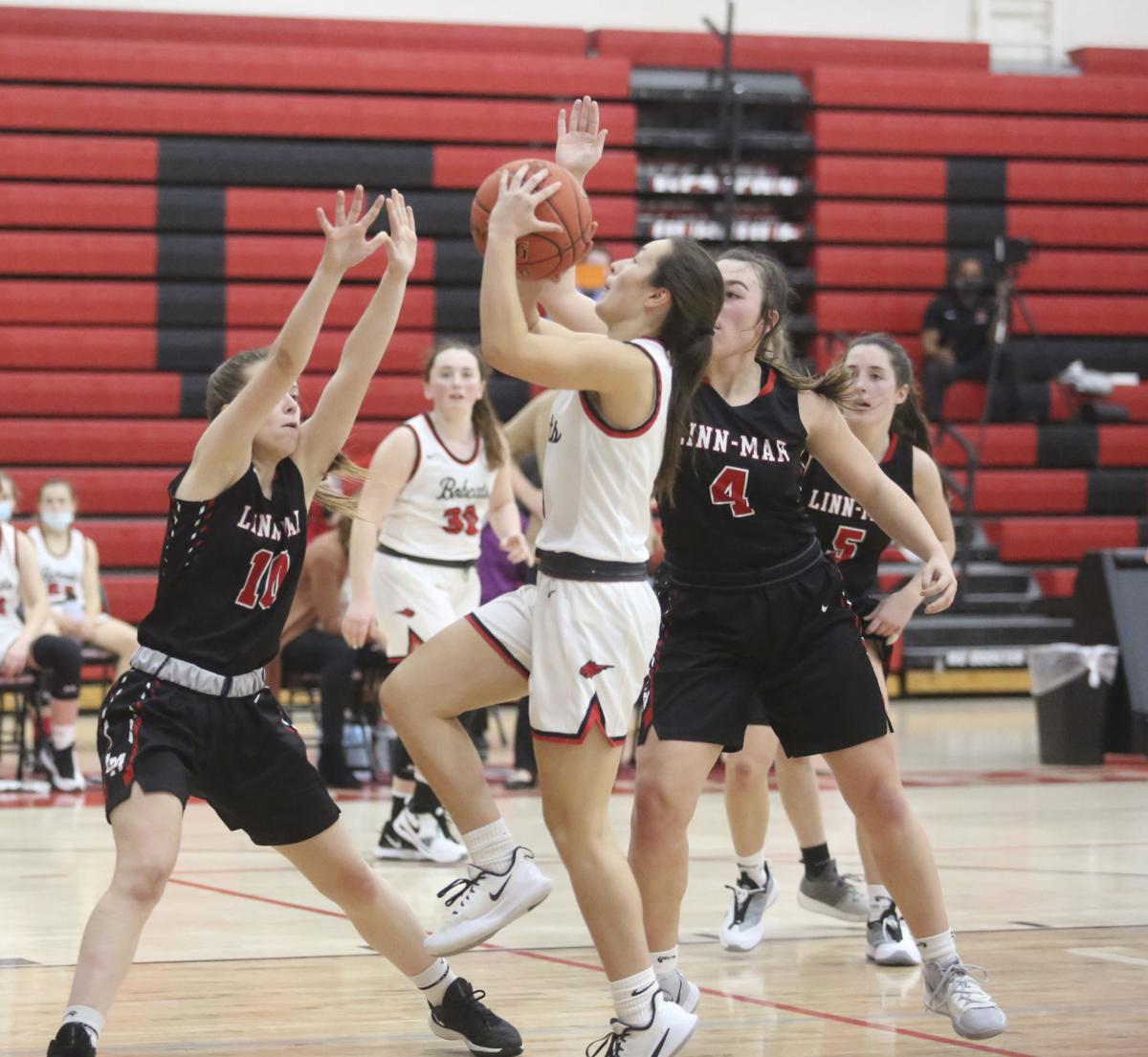 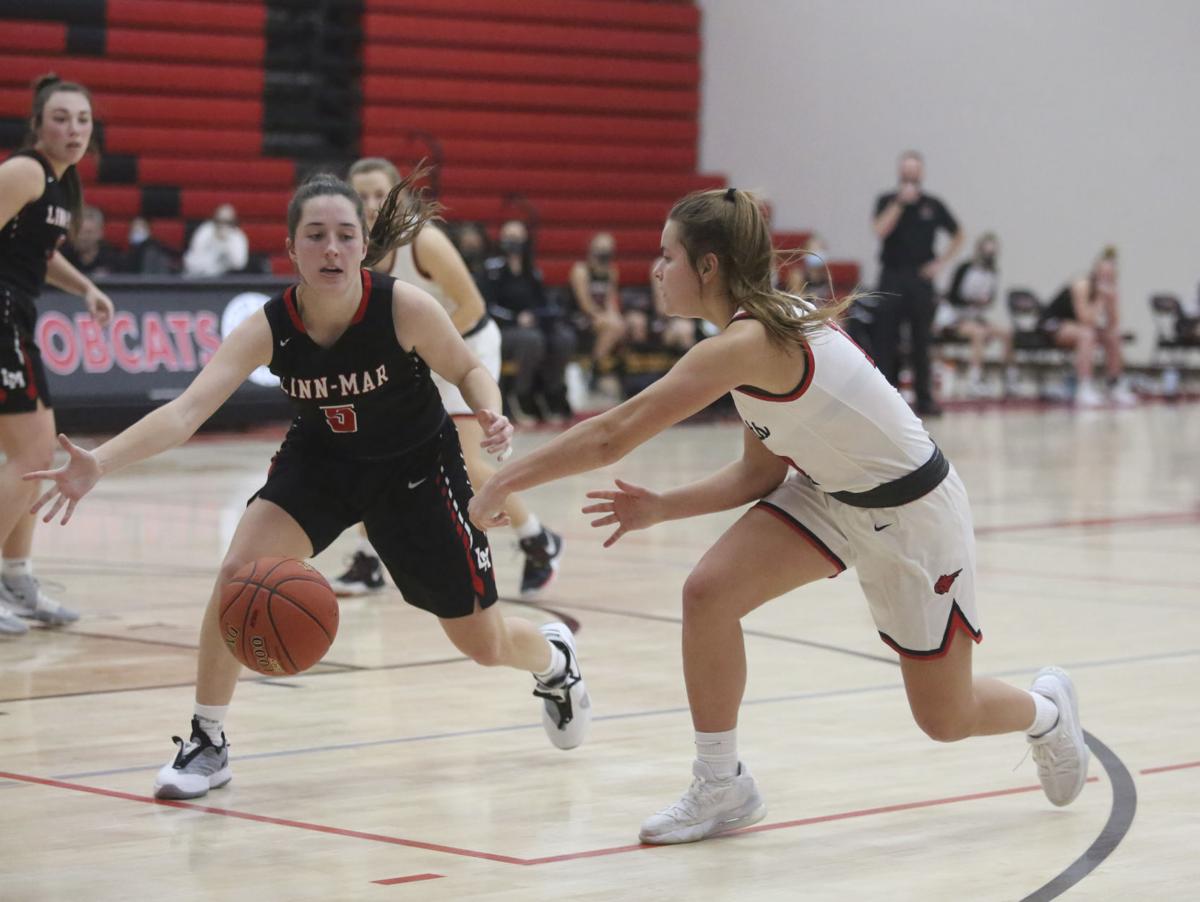 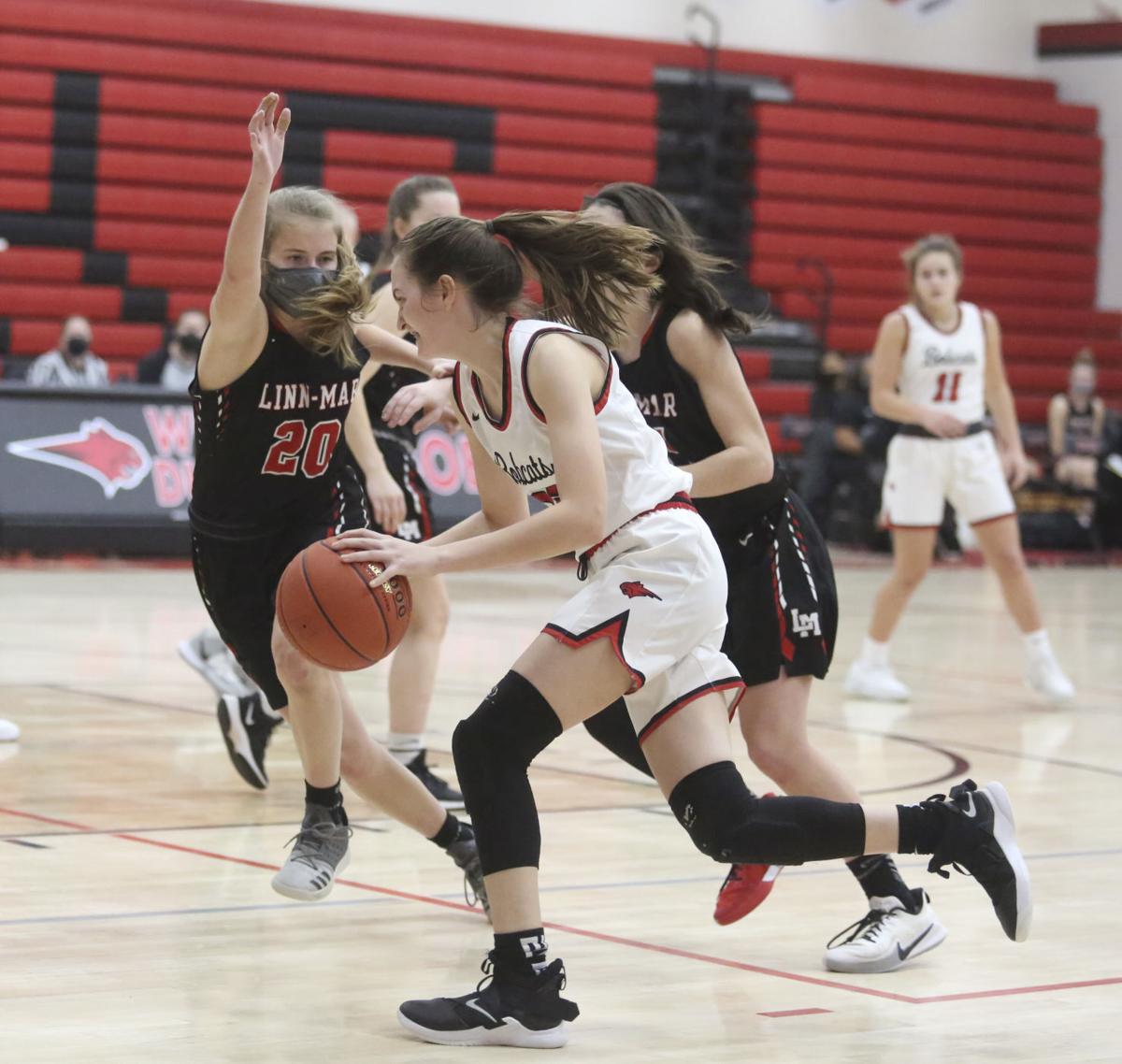 Western Dubuque's Carson Koerperich is tripped up on the way to the basket against Linn-Mar, Jan. 8.

The Bobcats lost a tough 53-45 decision, to Linn-Mar, at home, Jan. 8, as the Lions hit 11-of-14 free throws in the final three minutes to survive a big second-half comeback by the Bobcats.

Western Dubuque struggled offensively in the first half, and trailed 23-13 at the break before finding its rhythm in the third period.

“We’re not really in a flow right now offensively. When we get the ball moving from one side of the floor to the other, we have more options, but you could see in the first half we weren’t moving very well and were standing a lot. That caused a lot of issues” said Bobcat coach Amy Ostwinkle. “I thought in the second half — and that’s what we talked about at halftime — we cut with a purpose. It’s not just a cut to move through the lane, but you cut to create mismatches and get the ball.”

Senior Abigail Kluesner scored consecutive baskets to get the Bobcats within six, at 25-19, with three minutes remaining in the third before an 11-point solo run by Madison Maahs carried her team all the way back to a 30-30 tie early in the fourth.

“Maddy did a great job posting up down low,” said Ostwinkle. “She kept us in that game — she really did. She’s the factor you’re not always going to talk about, but she’s the key to our team.”

Hailey Wulfekuhle’s three tied it back up at 33-33, and Maahs tied it again at 35-35 with four minutes to go, but that would be Western Dubuque’s final field goal of the night.

The Bobcats struggled at the stripe the rest of the way. Linn-Mar went into double bonus territory with 2:47 to go, and the Lions sewed up the win at the free throw line.

“Linn-Mar knocked down shots,” Ostwinkle said. “I don’t think 44 (Zoe Kennedy) was the person we wanted to send to the free throw line. I don’t think she missed a shot.”

Kennedy came off the bench to lead the Lions with 22 points.

A senior-laden Dubuque Wahlert team was a bit more than the Bobcats could handle in a 54-38 loss to the Eagles, at Wahlert, Jan. 5.

Western Dubuque had difficulty getting on track offensively, shooting 32.6% from the field and converting only two-of-18 from three-point range.

‘Wahlert got us out of our tempo,” Ostwinkle said. “They rushed us, and when they rushed, our offense rushed. It was kind of a snowball effect when we missed some rebounds and everything fell apart from there.”

Maquoketa won a Saturday afternoon contest, there, taking a 54-39, Jan. 9.