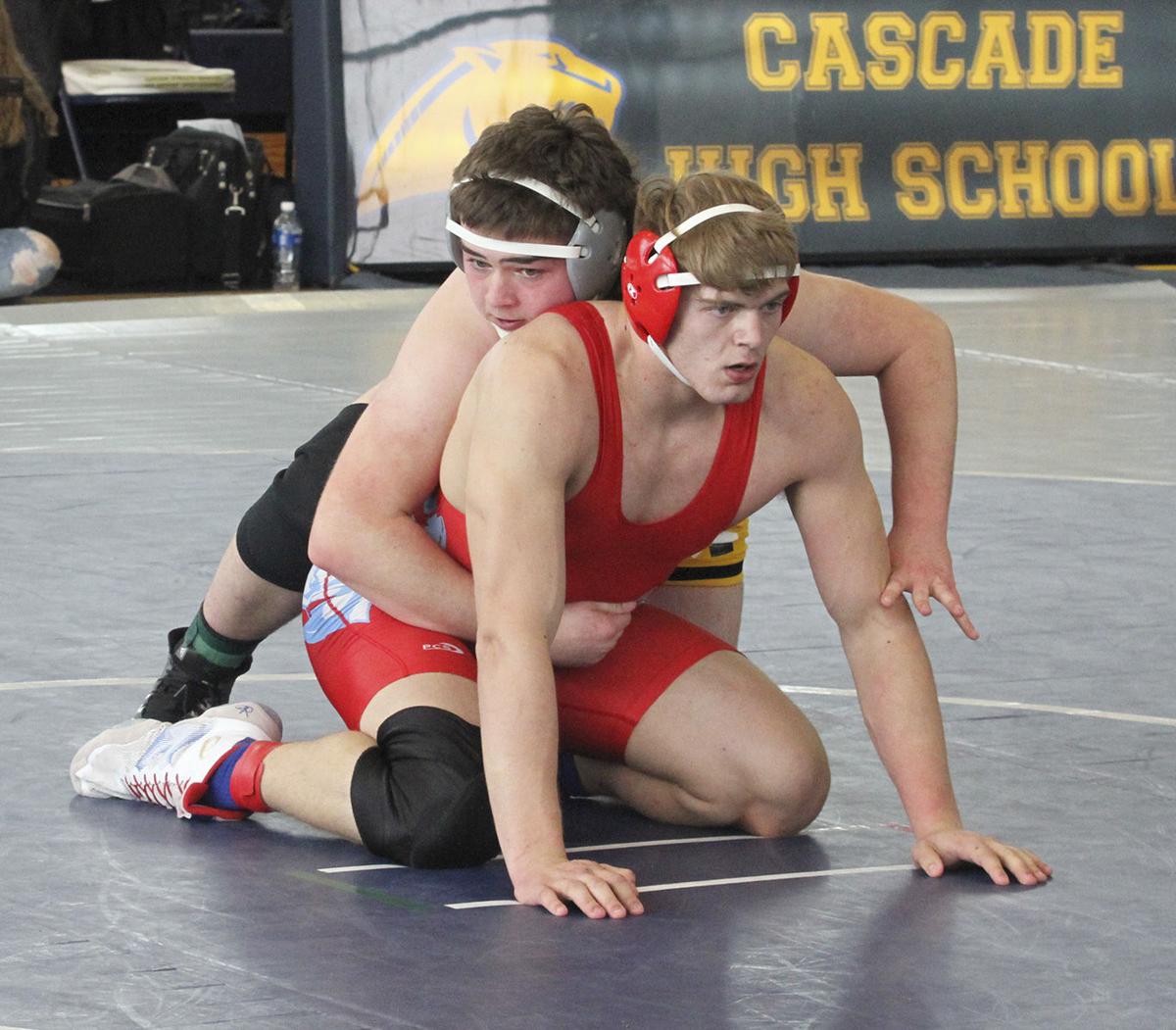 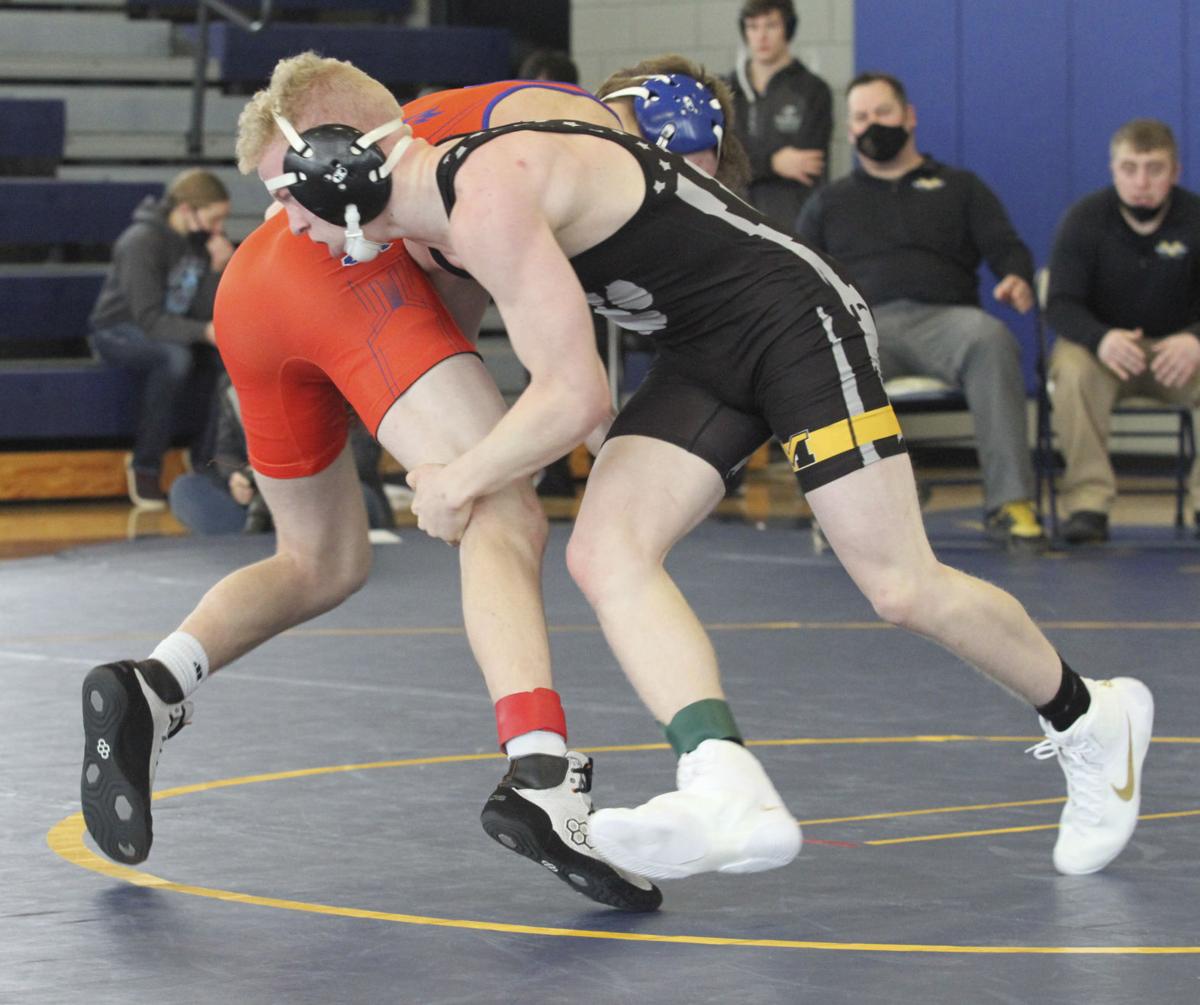 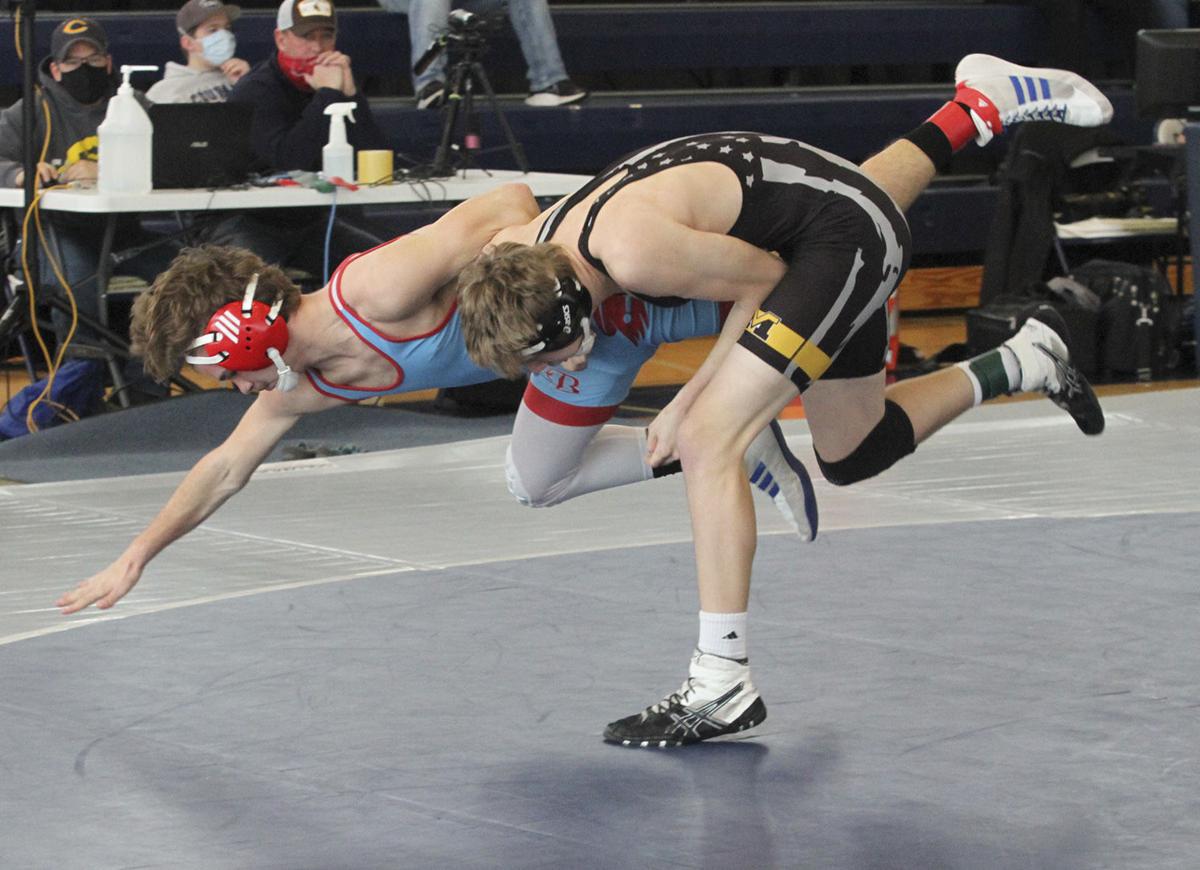 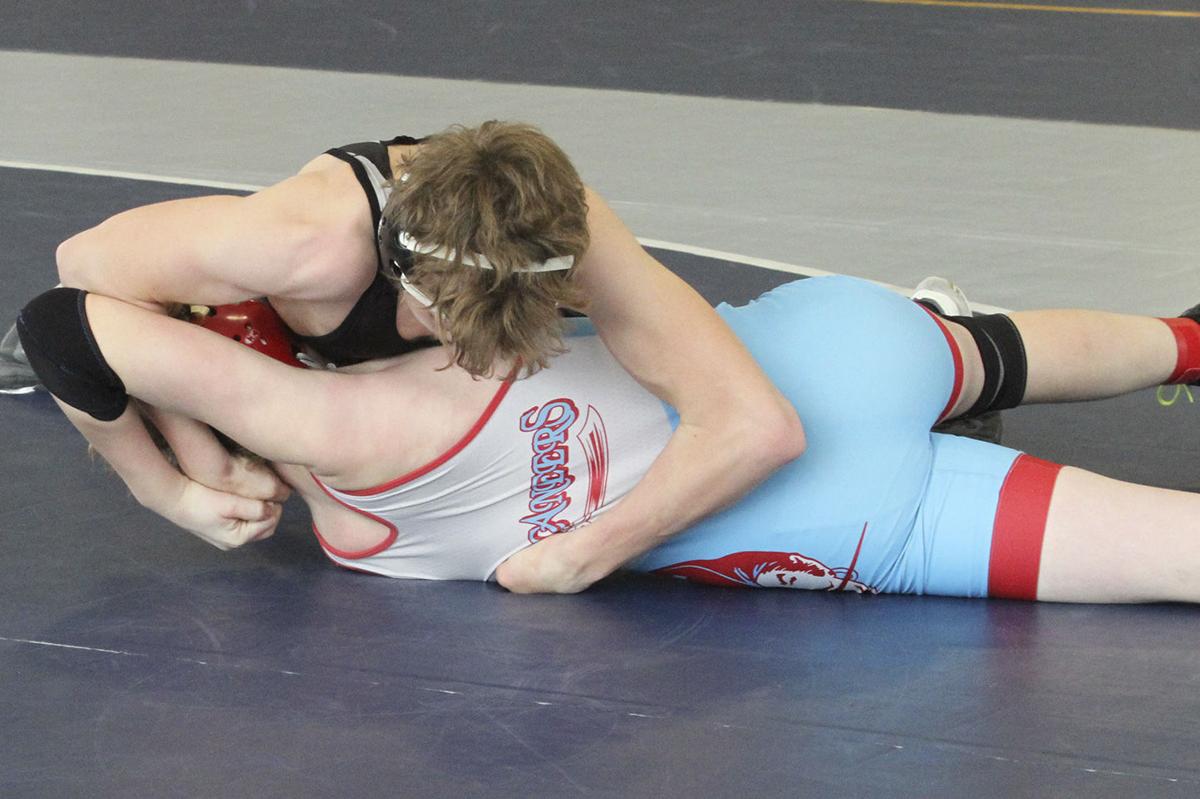 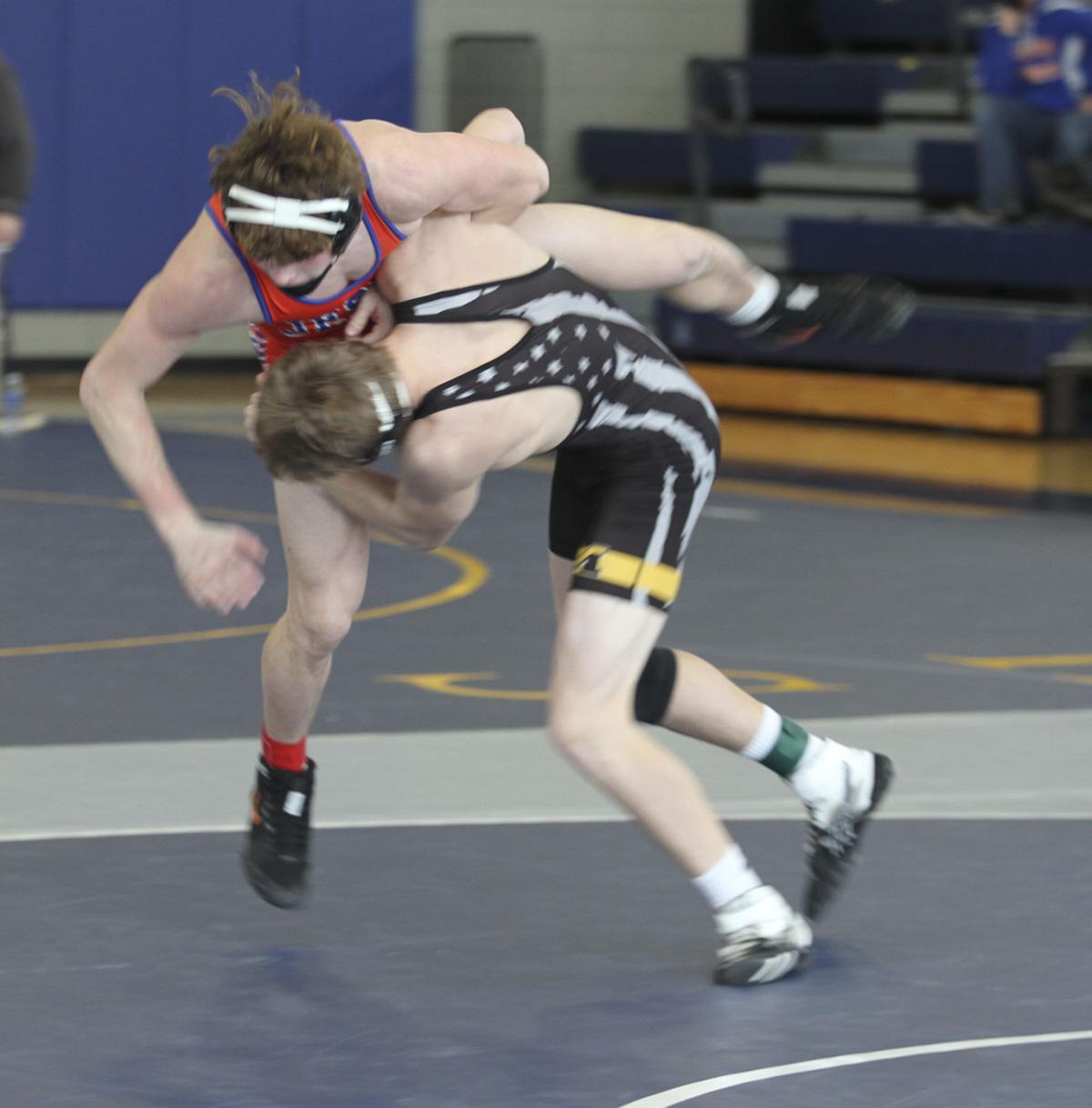 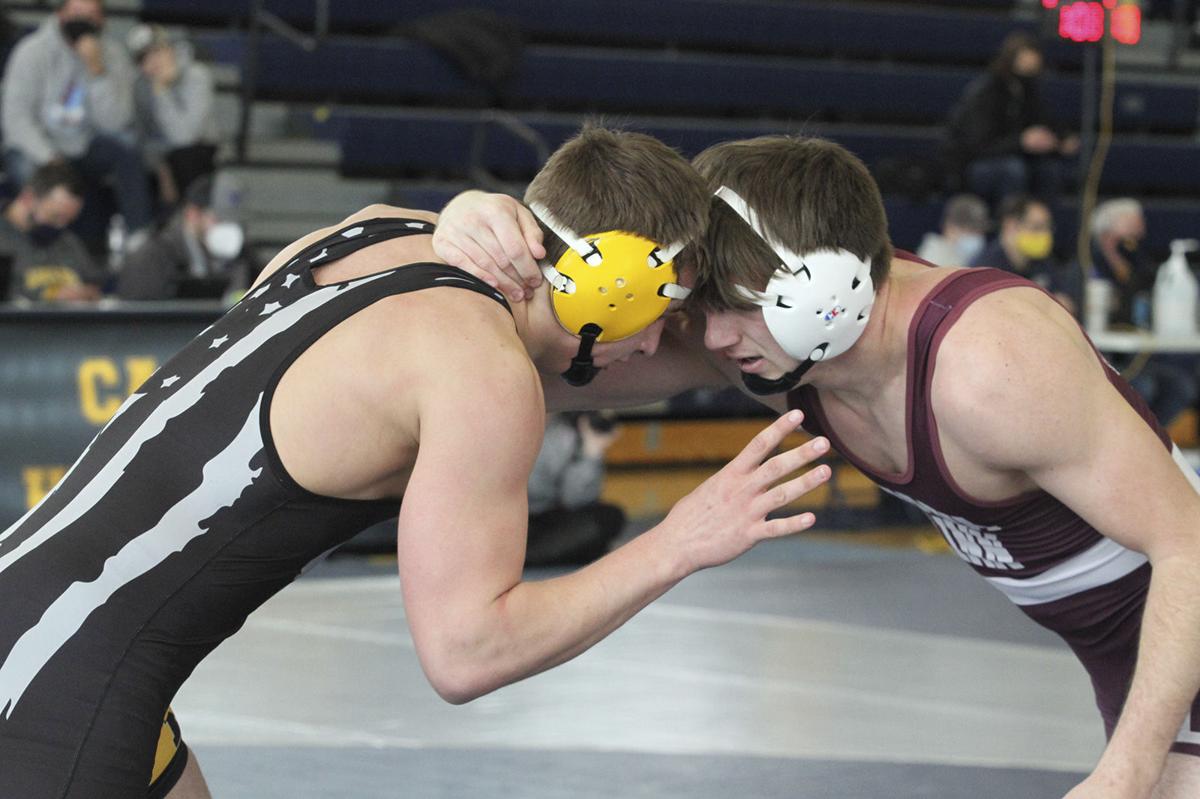 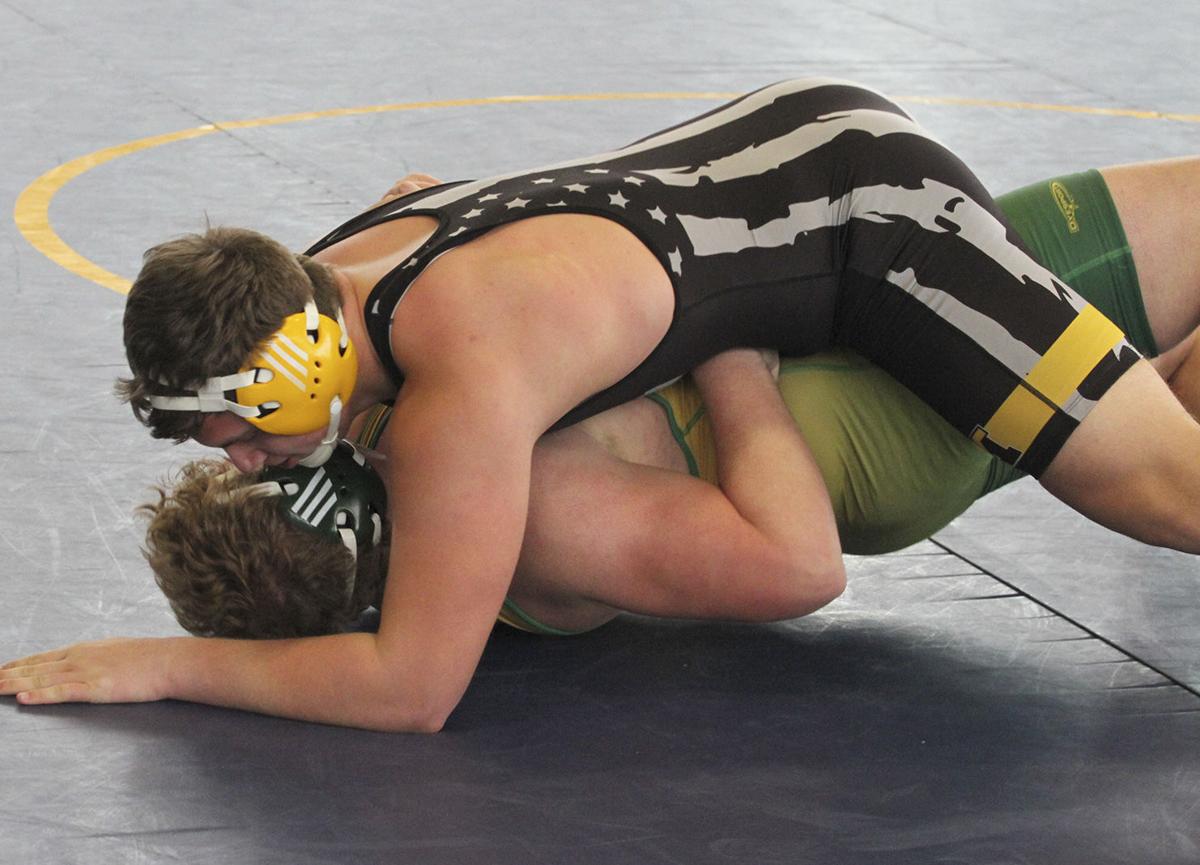 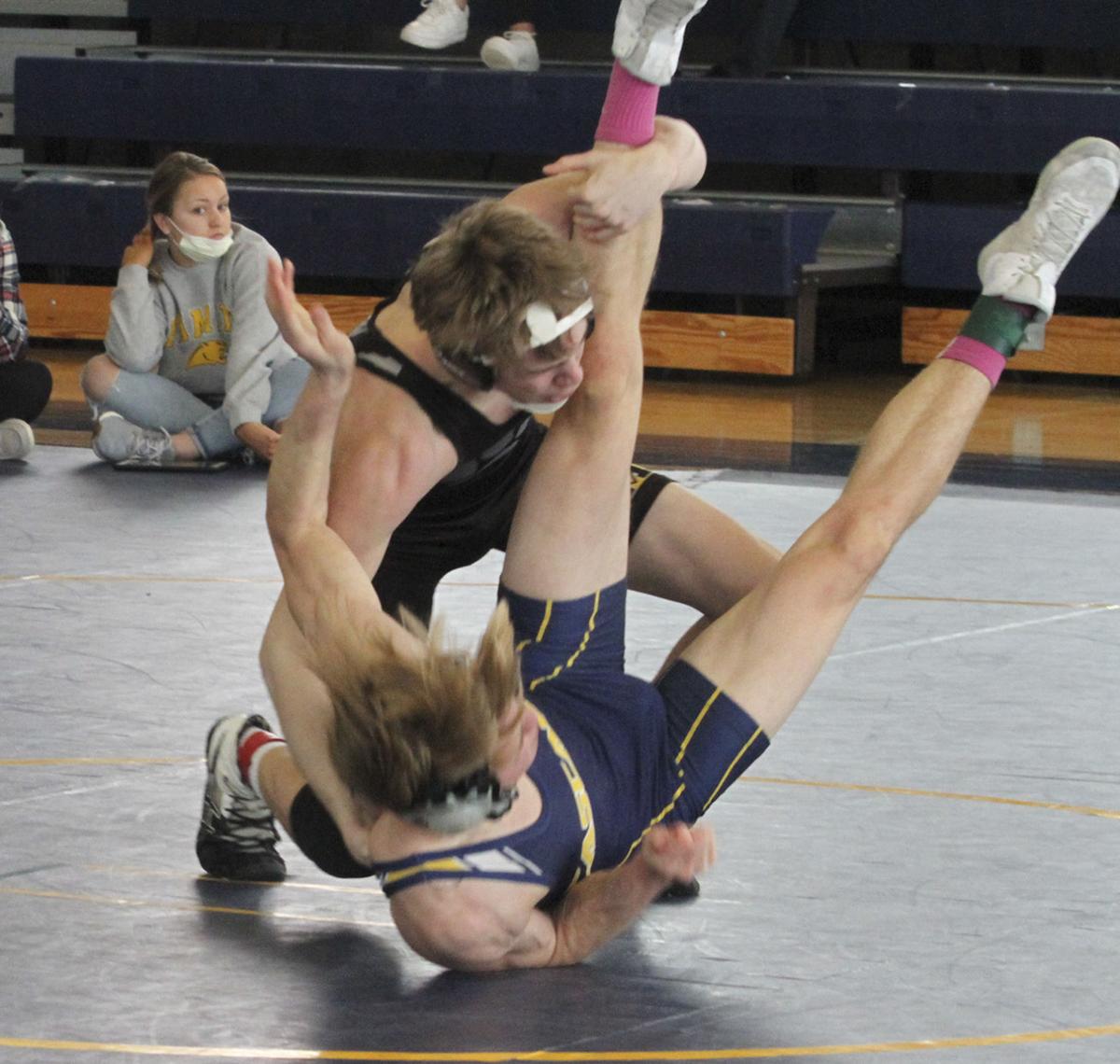 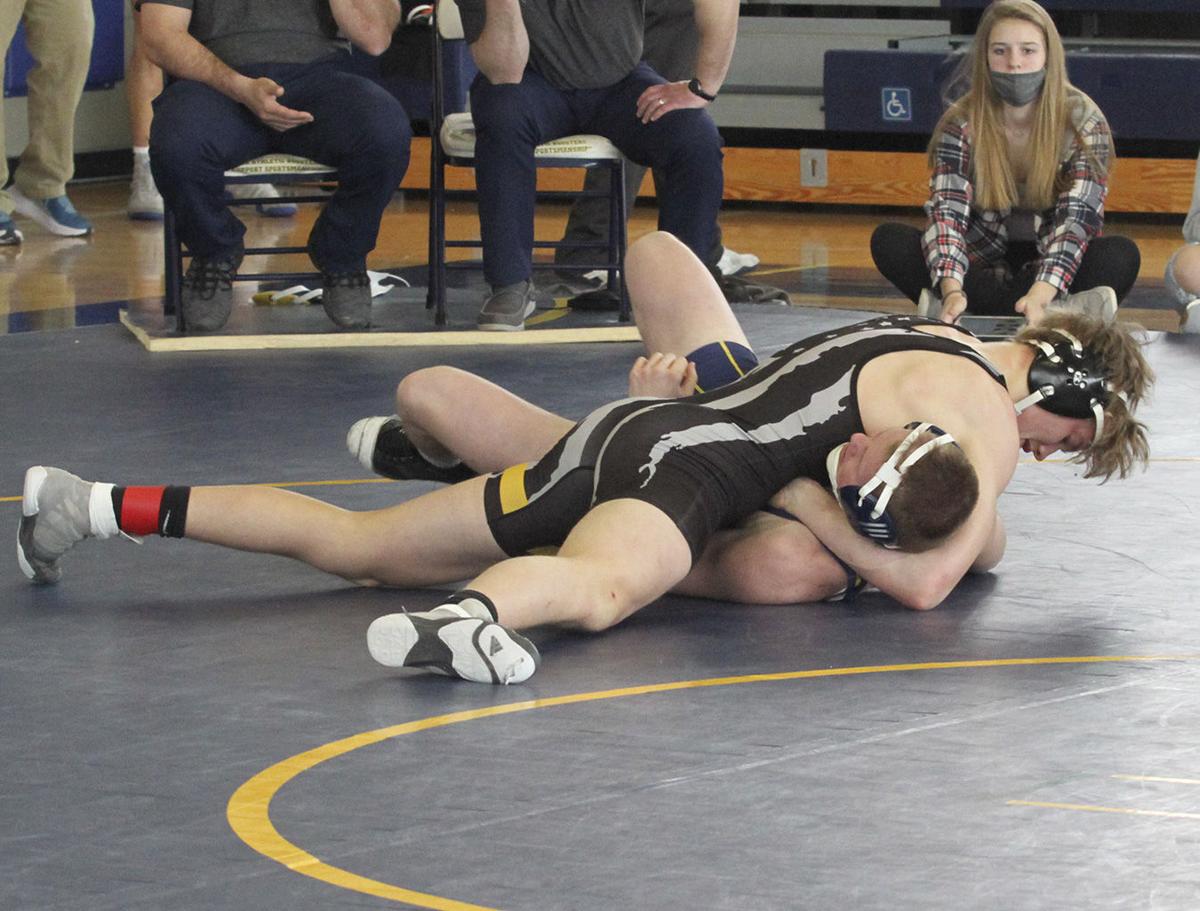 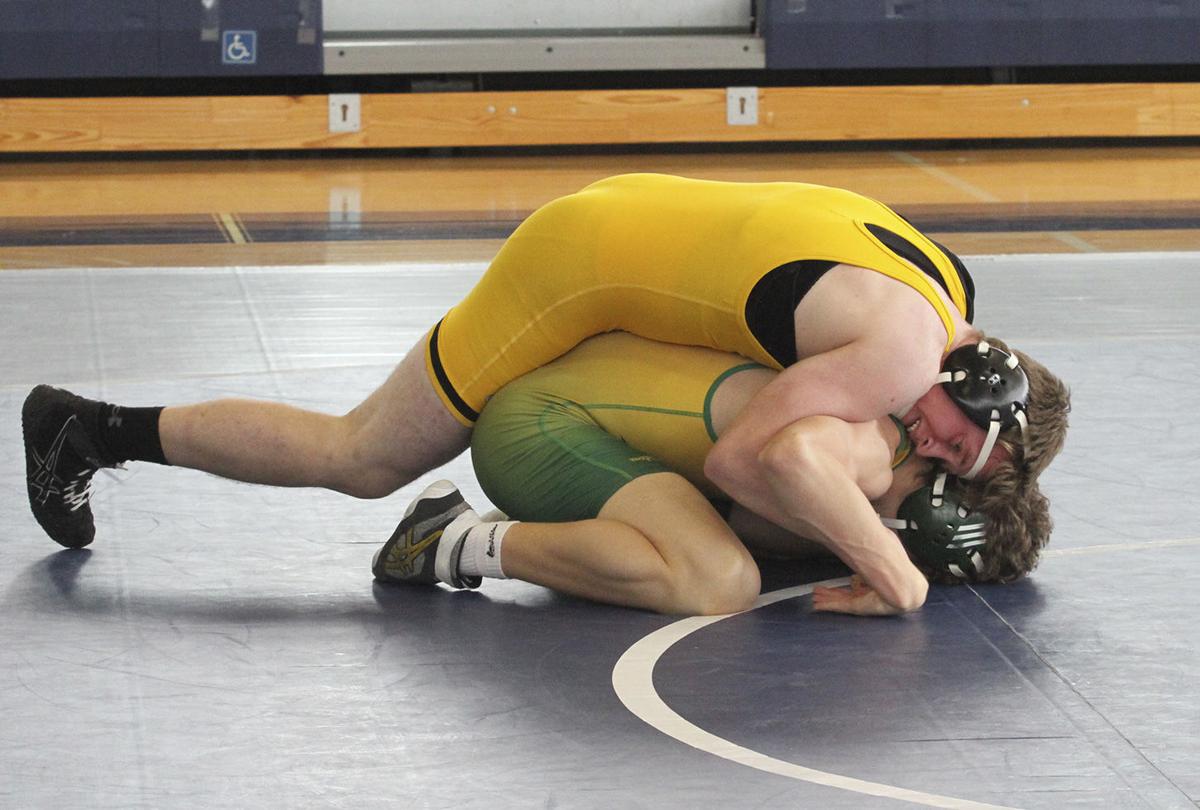 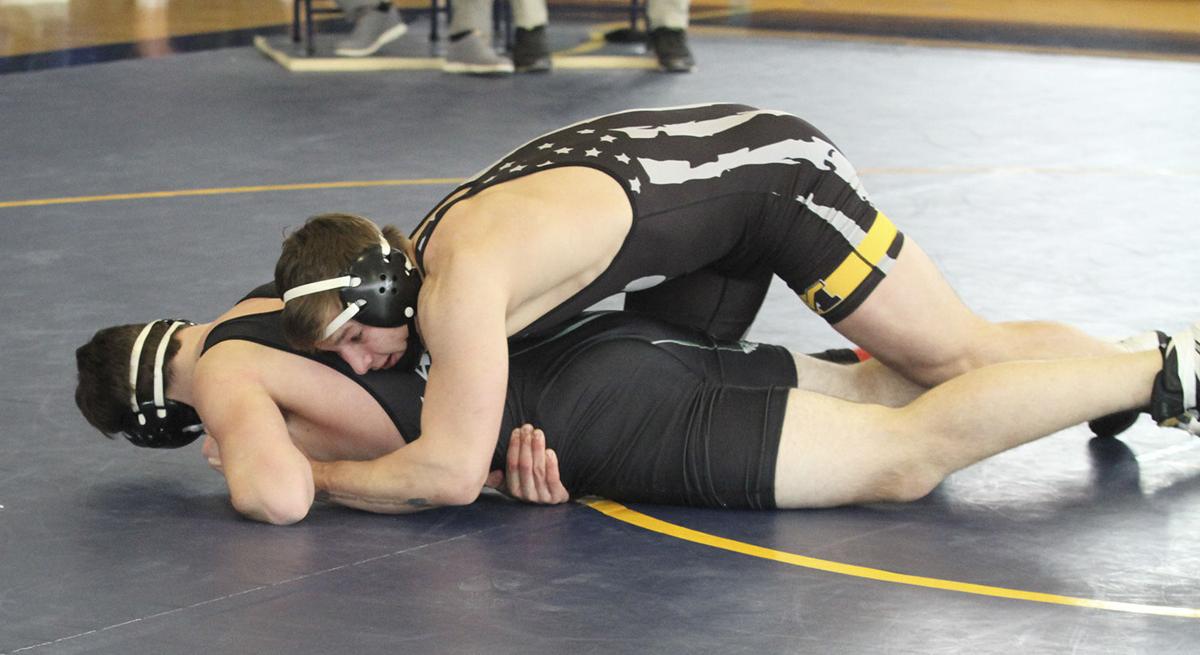 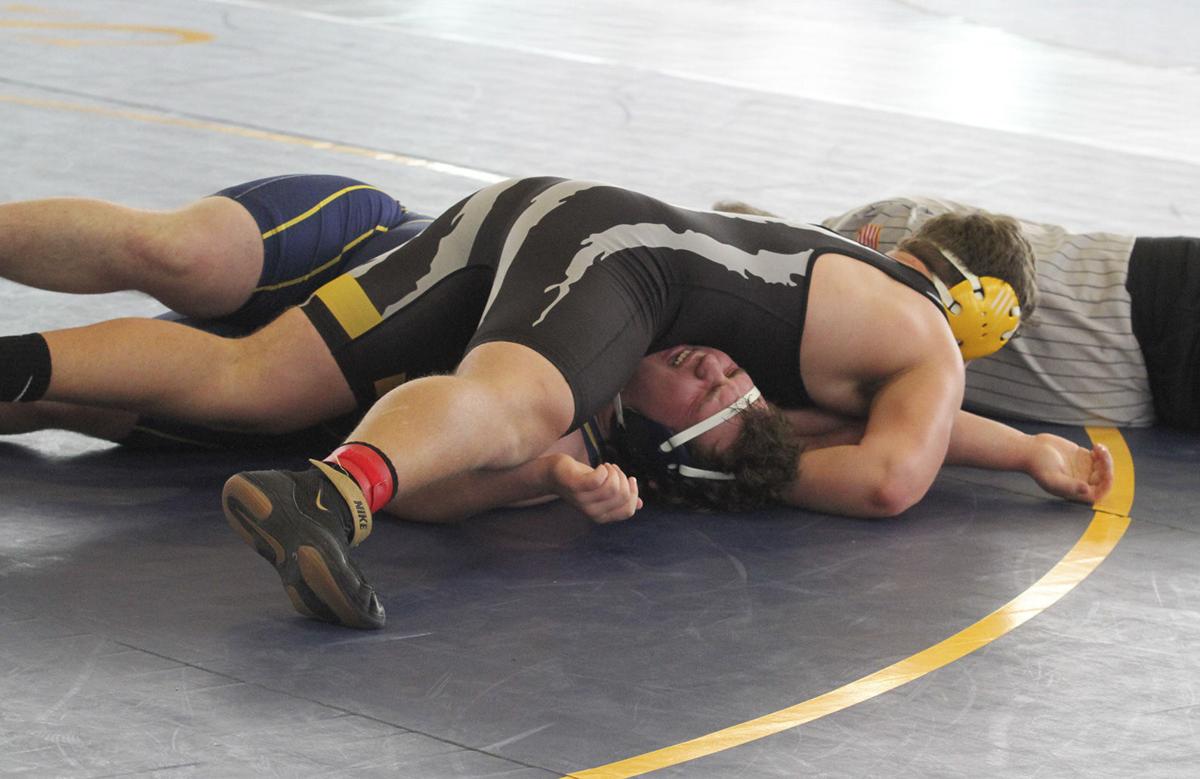 A pair of Maquoketa Valley wrestlers advanced to districts after placing in the top two at the Class 1A Sectional Tournament at Cascade, Feb. 6.

It has been a while since coach Kurt Hatfield had all his guys healthy enough to compete, and that is exactly what they did, with Carter Kruse and Brady Davis both finishing in second place to earn their trip to districts.

“Overall, I think we did very well. It’s sad to see some of our kids’ goals cut short but that is the sport, that’s what we train for knowing that it’s a possibility that this would happen,” Hatfield said.

After receiving an opening-round bye, Kruse won by fall in his semifinal match against Cade Rausch, of Cascade, in 1:30 putting him in the finals where he fell to Nick Wulfekuhle, of Beckman, by injury default. Because of his win against Rausch, he was able to qualify for districts at 182 without a wrestle back.

Also qualifying for districts was Davis at 220 who went 2-1 on the day. Davis opened the day with a quarterfinal bye, then pinned North Linn’s Matt Moyer in 35 seconds. He lost by fall to East Buchanan’s Luke Recker in the finals, but because of his win over Moyer he took second.

Aiden Salow hasn’t wrestled since Christmas but came back with a solid third-place finish at 160. The improvement that Salow made from the start of the year to the end was something he will cherish. After getting the fall over Nick Stahr, of East Buchanan, in his quarterfinal match in 1:47 he lost a tough one to Conner Grover, of Beckman, by a fall. In his third-place match, he was able to pin Cascade’s Ted Weber in the first period and had the chance for a true second wrestle back but could not defeat North Linn’s Jarin Peyton.

The Wildcats had three more wrestlers come up just shy of punching their ticket to districts. At 145 Michael Schaul went 2-1 with a 10-0 major decision win over Ethan Thompson, of East Buchanan, in his quarterfinal match. After his loss to Jesup’s Jerrett Delagardelle in the semis, he came back to get an SV-1 6-4 exciting win over Cascade’s Hunter Vogel. With his earlier loss to Delagardelle he did not get the chance for a wrestle back.

At 195, Harmon lost his semifinal match against Nathan Rechkemmer by a close 3-1 decision. He won his third-place match over Andrew Mitchell, of Clayton Ridge, in 1:51 but because of his earlier loss to Rechkemmer he did not get to wrestle back.

Devin Smith at 285 was the final Wildcat to take third. Smith lost his semi-final match to runner-up Jason Koopman, of Beckman, but was able to secure his third-place match against Cascade’s Kodey Miles by fall in 5:12.

Tyreese Crippen placed fourth at 132 with a quarterfinal 12-7 win over Logan Zuck, of Jesup. Crippen lost to Aidan Noonan who is ranked No. 1 in the semifinals and fell to Alex Hageman, of Beckman, in his third-place match.

“Timmy Harmon has been a four-year starter for us at Maquoketa Valley, and each and every year he has given everything he had. I know the outcome is not what he wanted. What he got in his four years is more than just a record, it’s a lesson in life. Carter and Brady have a tough road ahead of them but it’s what they have been training so hard for. I’m excited for them and next weekend. As for the rest of the team besides our senior Timmy they’re all coming back. We have a lot of work to do, but I believe when the season rolls around next year, they will be ready.” coach Andrews said following the tournament.