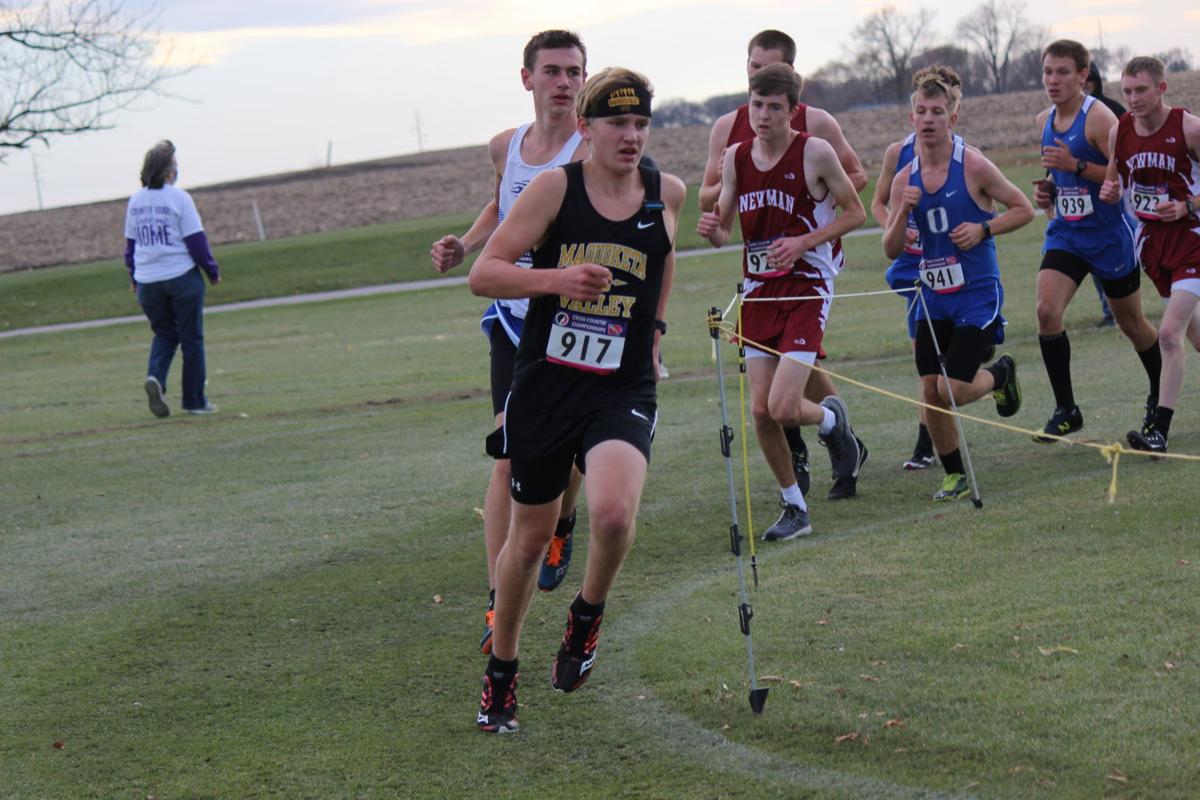 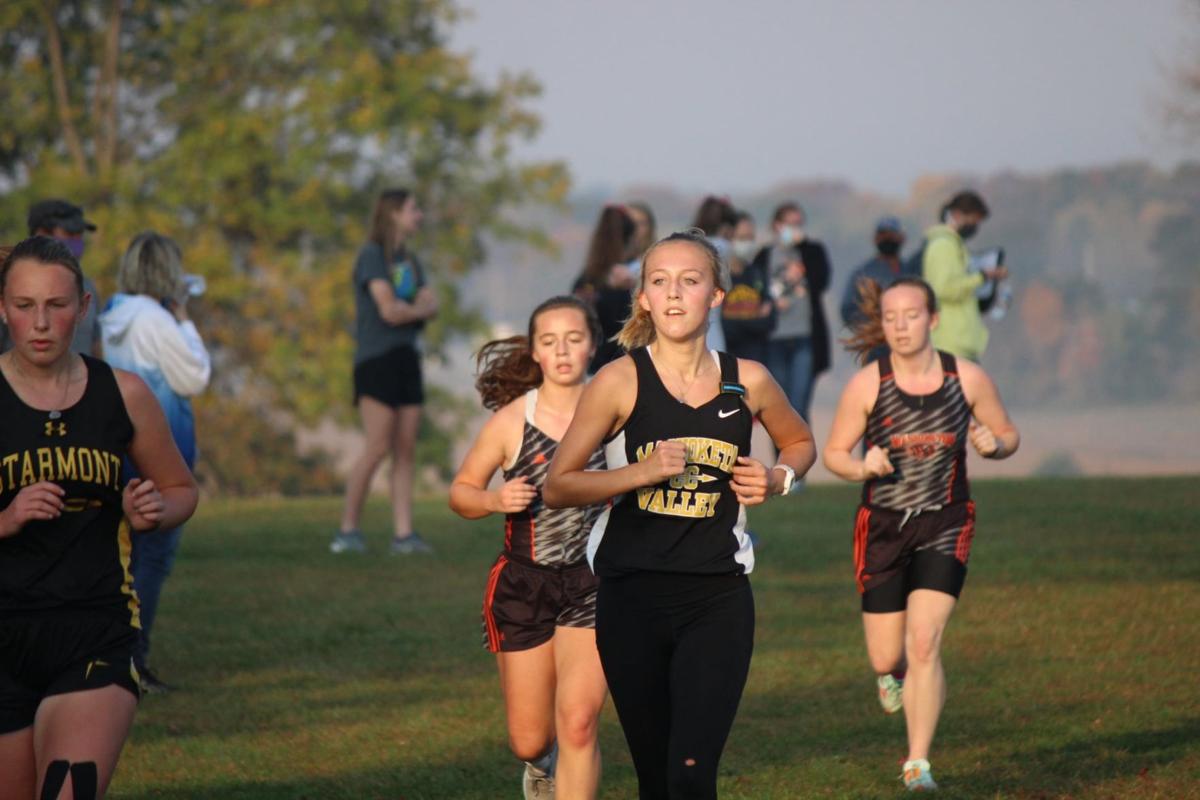 Emma Doyl races for the Wildcats. She recorded the fastest time by a MV girl this year with a clocking of 23:29.

Emma Doyl races for the Wildcats. She recorded the fastest time by a MV girl this year with a clocking of 23:29.

Maquoketa Valley had many reasons to celebrate during the 2020 cross country seasons with both team milestones and individual growth.

“The season went very well for the boys and girls teams,” coach Pat Meehan said. “Both had athletes who were easy and enjoyable to work with.”

On the boys’ side, the Wildcats qualified for the Class 1A State Meet for the third consecutive year with Cy Huber, Nolan Ries and Michael Schaul also earning individual berths to the state meet. Maquoketa Valley also won the Tri-Rivers Conference title for the first time since 2000.

The Wildcats say goodbye to one senior — Mitch Heims.

“Mitch ran fourth man for us this year and filled a big hole in our lineup. A first-time runner in cross country, he did more than what was expected,” Meehan said.

On the girls’ side, juniors Emma Doyl and Jordan Hogan were team leaders.

“Emma and Jordan provided steady leadership to the remaining four freshmen girls. Their work ethic was very good and with confidence being developed this year, their future should see faster times,” Meehan said.

Meehan was impressed by how hard the Wildcats worked.

“Both the boys and girls teams continued to improve throughout the season. On the boys’ team, our fifth through seventh runners (Landin Frasher, Brock Trenkamp and Toby Grimm) continued to run closer to our front runners of Cy Huber and Nolan Ries. JV runners Caleb and George Livingston showed real improvement and positioned themselves to challenge for a spot on next year’s varsity.

“The freshmen girls Allison Hogan, Zari Ambundo, Cecily Trenkamp and Josie Teymer continued to improve as the season went on.

“The future looks bright for both the boys and girls with only one senior graduating,” he concluded.