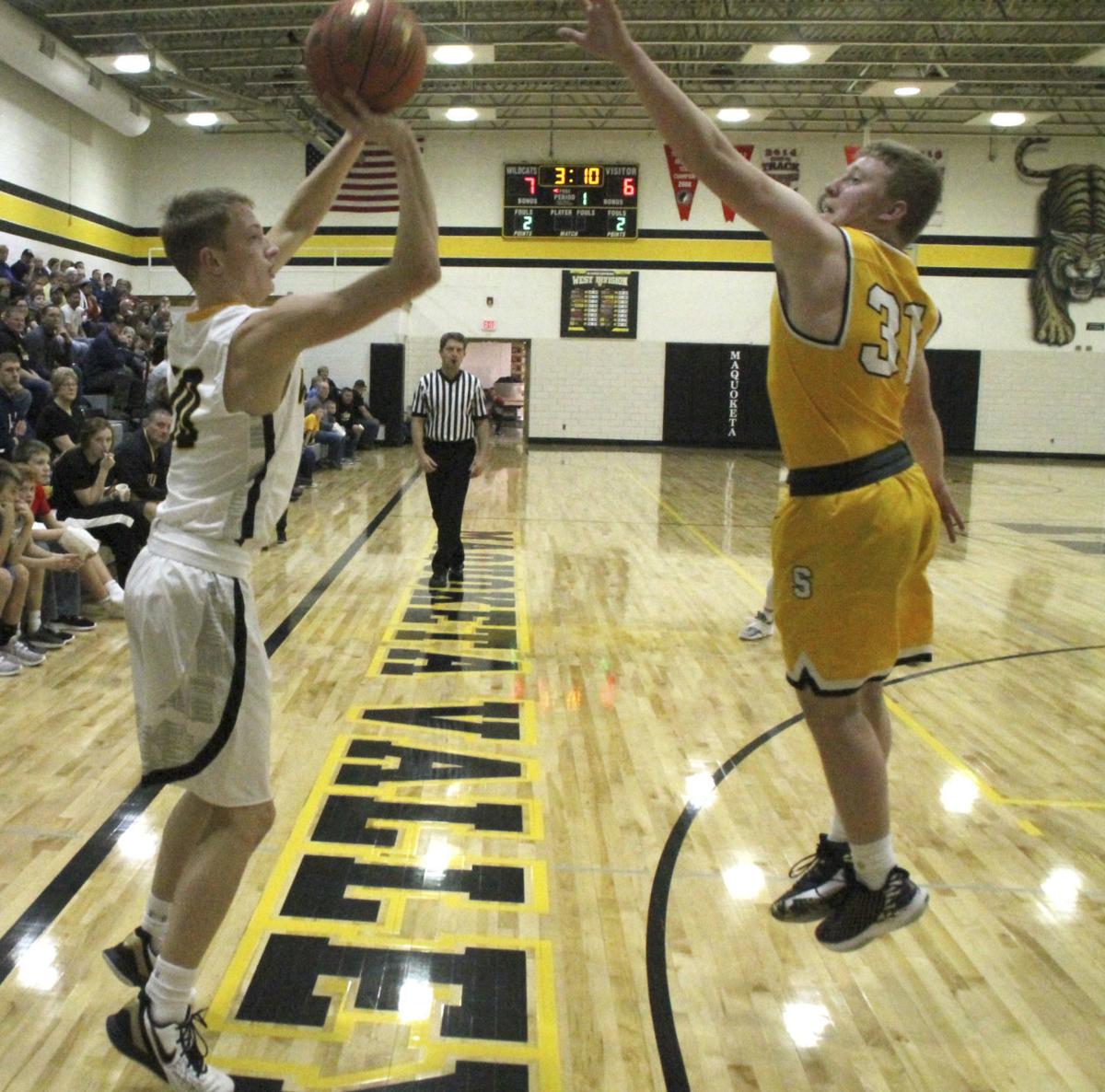 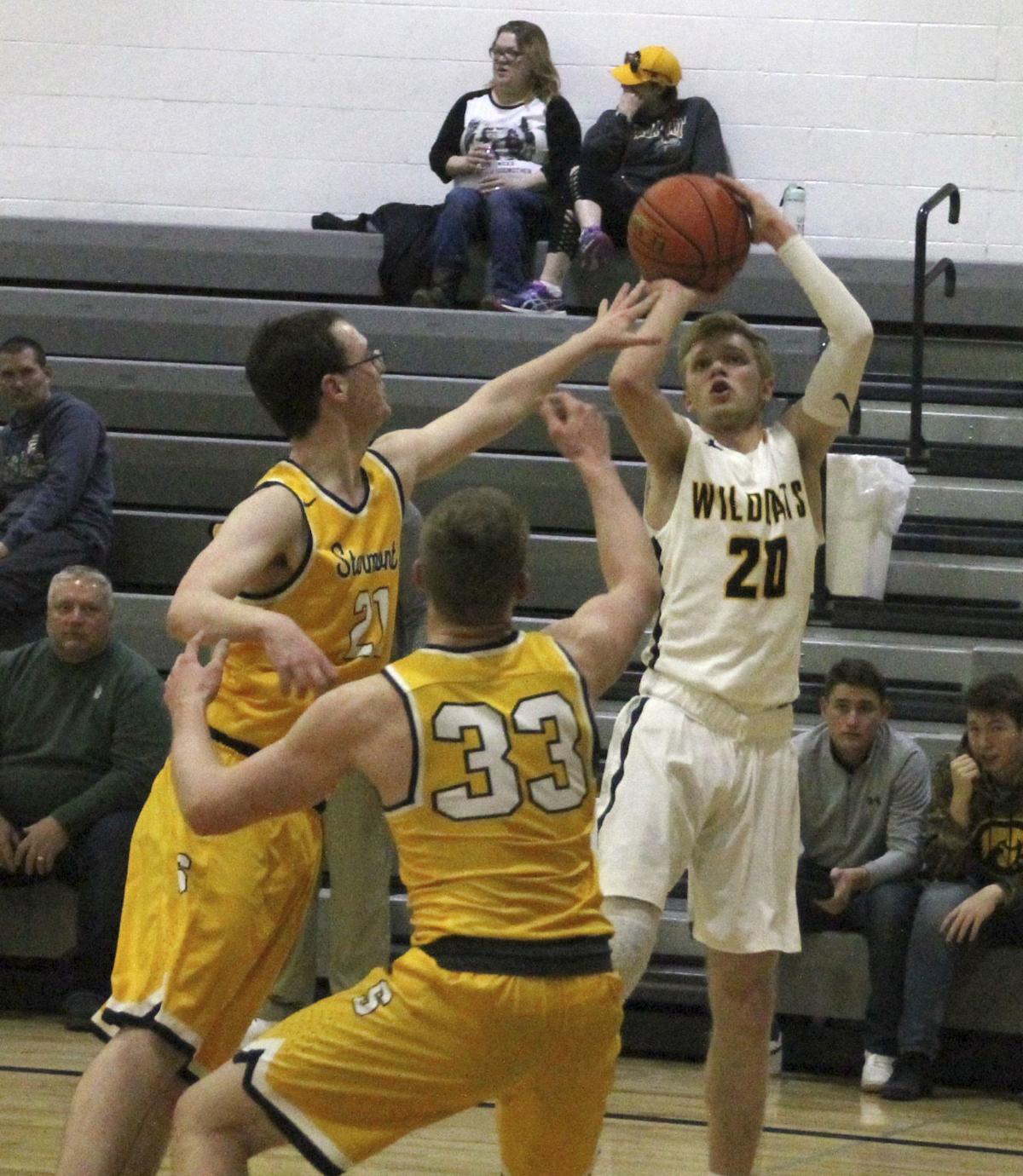 Andrew Holtz shoots a fade-away jump shot over a defender.

Andrew Holtz shoots a fade-away jump shot over a defender.

Facing Starmont, the score was tied at halftime, 25-25. The second half was also close, with AJ Ambundo lifting MV to the win with a three-point shot.

“One of the major adjustments that we had to make in the second half was to rebound better,” coach Eric Conner said. “Then, once the game got to nine points in Starmont’s favor and (with) the clock winding down, we had to turn up the pressure on defense and try to get them to turn it over. We executed this very well.”

In the Wildcats’ next game of the week, they faced 7-3 Alburnett. MV held its own in the first half and trailed by two at halftime, 31-29. In the fourth quarter, the Pirates upped their intensity, as they outscored the Wildcats, 19-11, to seal the win.